I was incorrect saying the cables that are going in underground around the US (ubiquitously per the comments) is for 5G. They are for fiber optics.
Please NO ONE ask me about fiber optics. Not my area of expertise.

This is what I know:
The man who made the video extensively recorded the scorched earth remnants of neighborhoods in the California fires in the last 2 years. I saw his videos of miles of homes reduced to ashes, no walls, chimneys, nothing. I have seen many videos of house fires all my life, and no matter how bad the fire was there are parts still standing. All the houses down the neighborhood streets, up their individual driveways were reduced to ashes. And THERE WERE GREEN TREES near by untouched. An unnatural event.

He's concerned about the cables going in everywhere for multiple control possibilities. I don't trust whatever tptb are doing. If you don't agree with that, we will have to agree to disagree.

originally posted by: EarthShine
LessEmf.com in NY one of several site where shielding devices and clothes can be purchased. They send out an extensive catalog or see online including spendy $750 gal. carbon paint to paint house. Special material for curtains need to be used that need to over lap sills apx. 4 in. all sides. What about the floor? Ceiling? 6G is from space then 7G.

Qi equipment invented over a decade ago by a German man being sold. 3 more spendy devices claim they can protect from 5g, the 4th least expensive one Qi Me only protects against 4G. Most spendy several grand can cover a few houses around the one where it it located. Does not use electricity. Can be recharged free in 5+ years, buyer only has to pay shipping.

I talked with one man who has bought, used one cheaper Qi Me device which he claims does help protect from 3-4G.


Excellent information! Thank you. Thanks for doing all that important research.


originally posted by: Salander
The telecoms are presenting 5G in the same way the tobacco industry presented cigarettes--both are portrayed as being beneficial and harmless.

Both are lying through their teeth.

So you had no problem with 2G, 3G, 4G.... but when they pumped up wireless bandwidth to 5G you reached your limit huh?

You obviously have no idea what this technology is. 5g IS NOT A SPEED OR A BANDWIDTH, it is a protocol. Same for most of the people commenting in this thread. Once disinfo gets out, the uneducated will make sure it sticks around forever.

The link I provided included some implied mathematics concerning the protocol change.
The higher frequencies 28 GHZ and 39 GHZ are much higher than the 6 GHZ for 4G.

Same mindset was used for testing radiation (years ago), they subjected monkeys to high levels of radiation then autopsied their brains to look for damaged cells.

That is the problem with testing a dynamic organic system that has parent and nuclear dependencies like a Monkey brain.

So then they decided there are better ways to study groups of individuals exposed to cell phone radiation.
The idea is that you would develop a base line analysis for the group before subjecting them to 5G. After a few years of exposure the followup studies will be able to improve the actual statistics, hopefully it won't end up looking like the flight 621 memorial.

The FCC recommendations for distancing from the tower masts and the Skyland mountain thing isn't quite as clear.
I'll spare you my summation probability equations that would roughly predict cancer rates.
The radiation from the Repo Mans trunk gets studied differently at area 33 which might be more on topic.
Haven't seen OP yet except mirrored through M*A*S*H, X-files and Repo Man paradigm. 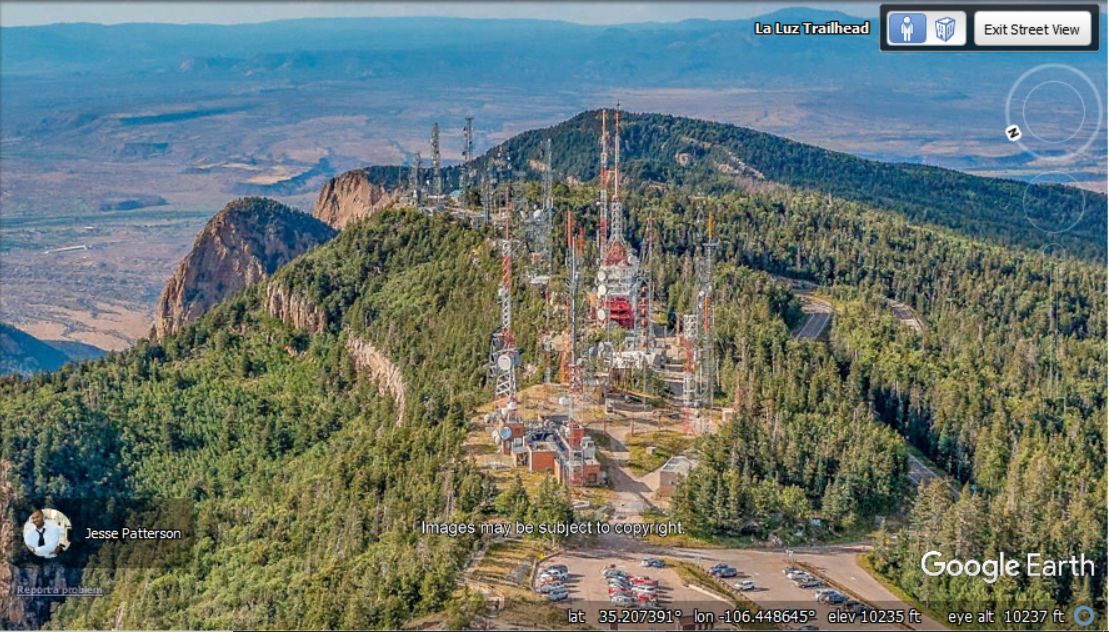 originally posted by: Asktheanimals
There is an interesting book entitled The Invisible Rainbow by Arthur Furstenberg (sp?). I loaned my copy out), which posits that every time man introduces new electrical systems there is a corresponding outbreak of viruses, cancers, etc. We are electrical beings albeit using tiny pulses to transmit messages through the nervous system. It stands to reason any environmental change in EMF's would influence our physiology in some way.
Today we live in a soup of emf's being transmitted from dozens of sources. We do our studies in isolation throwing one emf at a time at the test subject and basically looking for thermal changes. Small wonder they discover nothing as the parameters are set to levels which always favor the latest technology. This blind rush to deploy untested tech is a disaster waiting to unfold. We will only admit to it's toxic effects when suddenly everyone is having sleep issues, skin lesions or brain cancer. Speaking of which I had 2 family members who lived in NYC their entire lives until brain cancer killed both. One was only in his early 30's. We should call a moratorium on all new emf sources until those already in existence are thoroughly understood.

So interesting, thanks for let us know about that!

Sorry to hear about your family. Very sad.
edit on 1 4 2022 by BelleEpoque because: (no reason given)

Oceanic airlines flight 815 reported EMF issues as the cause of the crash from Sydney back when Desmond was working the bike shop.