I was out of town so I just used my phone to download the landscape shot, and immediately upon brightening the colors, there is background imagery that emerges instantly.

The forum can only embed smaller images, so here is a small version of the original landscape shot: 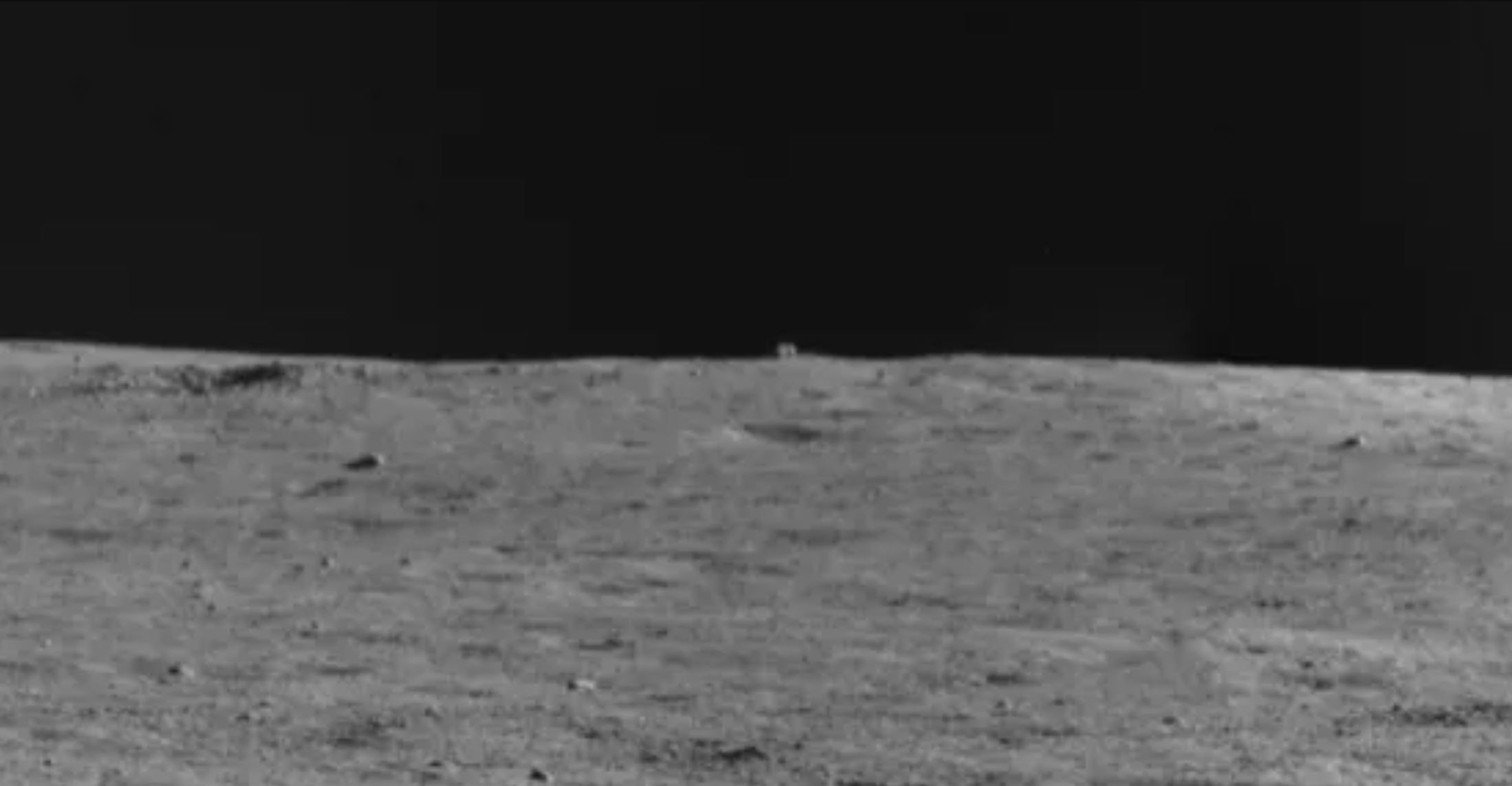 ^You may be able to see the slight color differences without even doing anything.

But here are a couple of example color manipulations, again these are small versions: 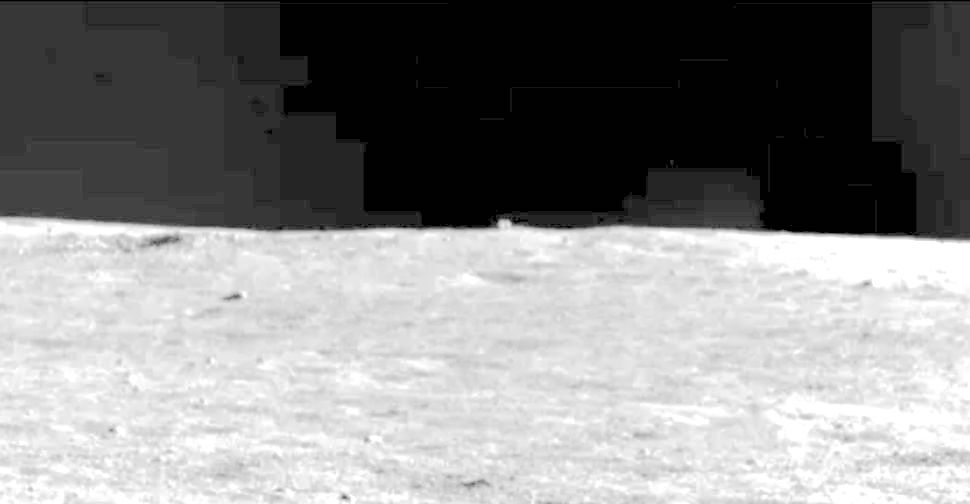 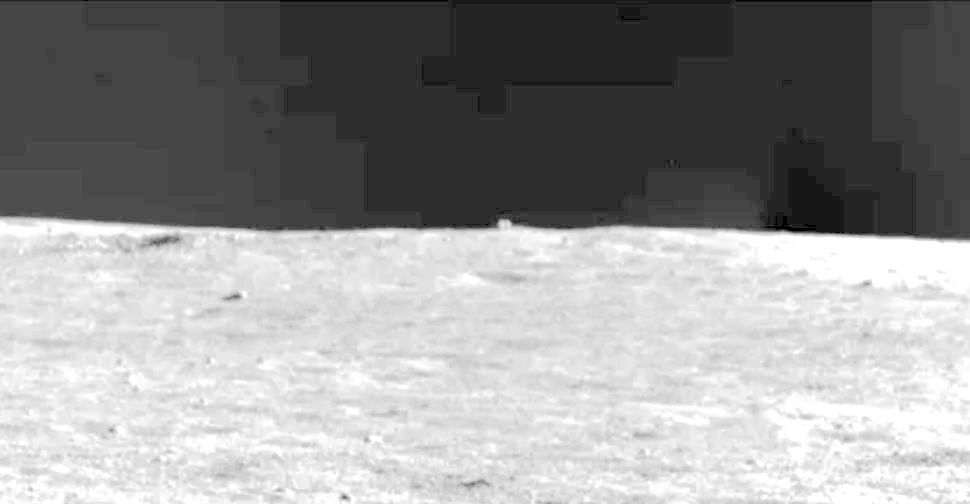 ^Anyone can download the full image from the link, and see for yourself that the imagery is really there, and anyone can easily manipulate the colors to bring out that imagery. I basically only brightened the entire image.

We all know that there's such a thing as light artifacts / camera artifacts etc. but it doesn't seem to be the case here. We're not seeing a simple light gradient change, which would make sense. We're seeing rectangular shapes which bear all resemblance to a series of buildings, some even seemingly showing windows / holes, and a doorway, possibly.

Most interesting is that the Mystery Hut itself shows more of its left side, and so it shows more of the cube shape, with a pointed tower on its corner, plus it seems attached to a long horizontal wall, which connects to a rectangular building with a light over it.

It would also appear as distinctly non-human architecture, which is why I posted this in the aliens forum, the shapes seem quite angular in random ways that would probably be decorative, instead of functional. And obviously we don't build our skyscrapers like this, with random shapes jutting out for no reason. Yet it's also similar enough to recognize as resembling our skyscrapers.

These small versions don't really do it justice.

I linked above so anyone can try themselves, but also, if interested, I made a couple small videos on this. My channel is NOT monetized, in any way whatsoever, so it's all genuine interest, and nothing more.

^By the way, the best close-up shot, in the thumbnail, is NOT able to be enhanced, because the background seems entirely cropped out, and filled in with solid black, which is obviously not the original photo as the rover snapped it.

However, that landscape shot has that imagery, so here's my vid showing how I enhanced it to bring it out. Again, absolutely anyone can do this, so I didn't do anything special here.


The distant background seems to be showing giant buildings too.

I'm not sure how much conversation is to be had, but the imagery is amazing, and would seem to prove the existence of multiple buildings on the far side of the moon.

There's also long been said that the moon has GLASS buildings, which might explain why everything is so faint, and might be transparent, so that we're seeing through buildings to see the ones behind them.

Also I would think that the Chinese space agency is basically showing these images for anyone to bring out the hidden parts, very easily. It's the slow process of disclosure, apparently. Showing us more and more, but never being completely outright with it, and never forcing people to see or acknowledge anything, if they don't want to. This seems part of that very longterm disclosure.

sorry I had to

originally posted by: JamesChessman
It would also appear as distinctly non-human architecture


You mean cube shaped buildings? Yeah we dont have anything like that on Earth.

Make no mistake: the time for disclosure is still far away.

posted on Dec, 29 2021 @ 06:19 AM
link
Depends who is disclosing. Why do you think there has been an uptick in rumours of a Blue Beam event? They know what’s coming. They will try to hide it, but they will fail.

posted on Dec, 29 2021 @ 06:27 AM
link
Do we know the coordinates for the Chinese rover ?
Those "huge" buildings would be easy to spot on moon photographs

The square shapes are due to pixelation of the digital image. Most likely an artefact of the brightening effect your applying to the image.

What about the other 2 images in the photo? Can you get those closer?? The ones in the foreground?

One at the background looks like a mirror image of the Twin Towers, only much taller.

posted on Dec, 29 2021 @ 07:57 AM
link
I thought that it would be about a month of Earth time for the rover to get closer and have a better look. Regardless, why aren't more photos being released as the rover gets closer to the object? Seems like a no brainer IMO

There will never be disclosure.

Look. Evidence is everywhere...and still we don't accept it.

Recommend a dictionary for the meaning of disclosure.

The square shapes are due to pixelation of the digital image. Most likely an artefact of the brightening effect your applying to the image.

^I'm very sure that I did NOT create any artifacts myself.

There are some techniques which create artifacts, and some that don't. My techniques don't because I essentially only brightened the whole image.

This is also why I showed exactly how I manipulated the colors in my vid. I can't really catch the criticism of creating the artifacts myself, lol.

Also even if SOME artifacts were artificial, then some still look real, especially the left-side buildings which seem to have windows or damage holes, and also especially the Moon Hut itself shows its left side when brightened, and the horizontal wall that connects to that building. And then the skyscraper images next to that.

It might be slightly less convincing in the far background and right side, but even that looks like giant buildings too...

What about the other 2 images in the photo? Can you get those closer?? The ones in the foreground?

One at the background looks like a mirror image of the Twin Towers, only much taller.

Yes, I could do that, I should sit down with this later on tonight.

To clarify though, my first vid shows the full-size, full-resolution images, as released in the news, early December.

And my 2nd vid shows the full landscape shot, shows how I brightened it, and then zooms in on the different areas of interest.

Since the forum only can embed small images, the embedded pics are low-res, small versions.

But sure, later on, I'll see what I can do with zooming in on the details, and make small pics of that, to embed here.

We have the evidence, we ignore it.

Yell it from the mountains and still many won't accept or believe it.

I think a historically monumental event affecting man and mankind is due....one whose evidence is so immediately profound...all must accept it.