We know you are offended by the FACT there are only 2 REAL genders, not 33.
Male and female….that’s it. Period.
We could do a lot worse than Putin, in fact we are doing a lot worse with Biden in charge here.

MiddleInsite summed it up perfectly.

I'm sure the actual oppressed of the World feel your pain.

You just described, to some degree, most every political head of most every country in the planet. Most of them try to put a nice face in it.

At least with Putin you know what you're getting. I think that Joe Biden and his handlers are as bad or worse, but they try to hide it.

And you think the "leaders of the free world" are any better?

Putin's big "error" here in this instance is speaking truth in a time of universal deceit. Whether you like him or not, he speaks truth here. But, as usual, folks come attacking the messenger because they have nothing of any validity to say against the message.

Like him or not, he's right. Some of you know it but you'll attack him and not address the scientific fact behind what he said, because you can't.

"A mother is a mother, a father is a father."

Prove Vlad and me wrong. I dare you!

"And we learned to treat each other with respect. And what does it mean? That also means treating the foundations of our traditional spiritual culture with respect. All the peoples of the Russian Federation, I would like to stress, all of them have a certain internal moral protection against this obscurantism that you’ve just mentioned," the Russian leader said.

"If somebody thinks that a woman and a man are the same thing, they’re welcome to [their opinion], but a certain common sense should exist."

While Beijing Joe has hired on a mentally deranged cross-dresser to oversee the health and wellbeing of US citizens? 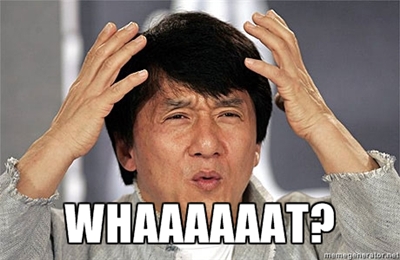 I hope you get your wish to move to Russia. Sounds like it would be win-win for both countries.


Russia is more democratic than we are anymore.
edit on 26-12-2021 by Antisocialist because: (no reason given)

posted on Dec, 26 2021 @ 03:16 PM
link
now all LNG tankers going to europe to deliver US natural gas there for ultrahigh prices .. loll after threatening with sanctions to europe if they open the new gaspipeline from gasprom..

no ....we do not get natural gas from an murderer but from an blackmailer acting as an pure maffia gangster
so wats the differense between the 2 so called superpowers hey???
ist all scum afterall !!!! the RETARDS


Get your ticket for Minsk now. Babble will travel with you.


And the difference between what you say Putin is and what Joe Biden is ?
Mandating vaccinations to businesses over 100 employees .
Stolen election
Autocrat

But , which is more popular in their respective countries ?
Which one is trying to build their country and which is trying to tear theirs down ?
Which does not put up with foolishness , much less EXALT it like the other ?
Which country will be the last to fall to globalism ?

posted on Dec, 26 2021 @ 03:45 PM
link
difference between Putin and Biden ?
Putin - leader pur/sang
Biden an organic robot
Ukraine terratory of Biden's son !! ehhh...hmmmm
how much medium range russian missiles at US borders?
how much NATO missiles at russia borders..
Makes NATO an agressor !

same issue as 1960's with Cuba..
USA ready to nuke russia becouse some missiles at Cuba while NATO missiles were operational at russian borders in Turkey in the meantime

Hmm.. i mean we all know the leaders are just puppets right?

Just look at history, yeah the yankees had their civil war, thats nothing compared to what has happened in the east.
Great kingdoms, even greater revolutions.

posted on Dec, 26 2021 @ 03:58 PM
link
you forget to mention the genoside of the original population of the USA
by immigrants from europe ..and the rest of the world
loll put all the nations of the world in an blender and the result is an american !!!!
history of America is only an few hundruds years old... so they are deseperatly looking for some old culture..
thats explains the Geo-politics they use now...
oeps the biggest USA mistake???
the saudi arabs planned and performed 9/11
and somebody else was blamed for it...!
that was an "false flag " like you never have seen
just to go to war...
Amen Putin .......... keep the door closed :-))))
a reply to: XipeTotex


And you think the "leaders of the free world" are any better?

posted on Dec, 26 2021 @ 04:37 PM
link
I know I could Google it but what happened to Russia's throne it used to be a monarchy and if it still is that royal family is never spoken of. If Russia ever went into restoration mode it seems that it would want to reinstall the throne and have a parliament house of lords etc.

Putin being a traditionalist why wouldn't he want to try and go that route?

Being seduced into imperialism was just China's influence over them when they are at heart a Western country.

posted on Dec, 26 2021 @ 05:10 PM
link
a reply to: Crowfoot
There's a thread in the dreams and prophecy forum entitled 'The Future Russian Tzar'.
Here's my reply...
www.abovetopsecret.com...
You might not be far wrong

Thanks I Googled to learn more

It seems they had to become gypsies or Roma living up to the name and live elsewhere in the world no longer having a throne to bare them Russia.

It's strange when maxim's like: What's in a name? Ring true.

The Russian throne also sounds like how the Throne of Thailand is set up they just enthroned a new King and Queen Rama just a couple of years ago.

I think not naming heir apparent before one's death is what did the throne in more than the revolution... appointing the crown to someone that never ruled is sort of like if it isn't broke don't try to fix it... like that one city that has elected a dog as mayor or governor or something or another I can't recall but no one changing things has left them comfortable in where they were comfortable. It also oddly enough reminds me of "headless" corporations.

The English monarchy was sort of like open house people putting food on the table, cleaned stalls etc sort of like donations and if the people didn't then they must not have been representing the people very well or that the people said now that we have a prime minister and all of that you can live on taxes like it was welfare and just kings and queens are just historical representations like living in a diorama. Eventually dissolving the entire concept of monarchy altogether is what it sometimes appears as.

If the land was owned that people were trying to set up towns and villages on? then why wouldn't the people their share the wealth garnered from that? Like uh thanks for letting us squat... and it's the least we can do to keep it out of squalor?

Anyways calling Native king's "Chief" I suppose was their attempt of routing the land owners out of power no different. Africans quickly learning from that said tribal chief? Oh hell no were kings here and all of that effort do do the same got stuck in South Africa...

Sorry for posting so much in response thanks for the link