How the narrative changes overnight. I have a feeling there will be a few dramatic death rattles from the MSM, some lefties bemoaning the end of the authoritarian overreach, but in the end.... pfffft....nothing but a whimper fading in the background. The power of memes and how effectively they were used to combat the ridiculous mainstream narrative. 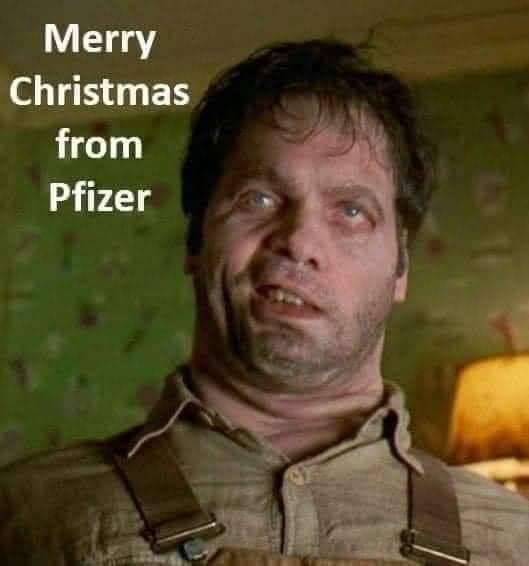 Ridicule seems to be a most effective weapon against the oppressors and their misguided funky flunkies.

We can only hope some retribution follows to compound the interests of sane people everywhere. 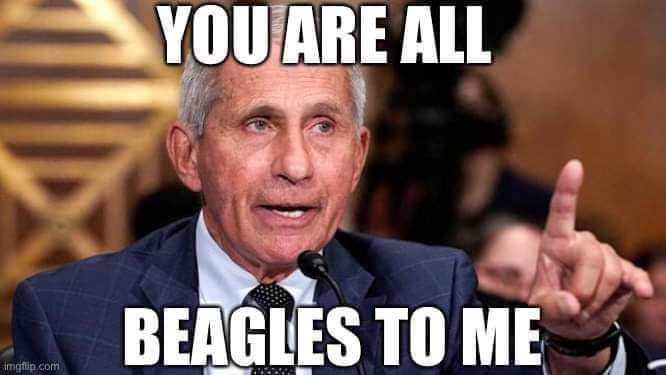 Some juicy excerpts from the link above:


It matches some of the great, decade old coronavirus outbreaks we’ve had. For example, the Asian flu of ‘57 and the Hong Kong flu of’ 68. So, it is a serious outbreak. But it has followed exactly the same pattern, and people should have known it would do that.

Now remember talking heads proclaiming that booster shots will be with us forever?


I can only say SARS-CoV-2 and its manifestation in what we call Covid-19 followed a very predictable course. In fact, early in this outbreak, there was work done by some Israeli scientists who predicted to the day, virtually, how this thing was going to play out.


Ever recall seeing this on MSM? If it was presented they dropped it pretty quickly.


But the fact that we’re using RT-PCR testing kits, which are designed to track down elements of Covid-19 to the umpteenth generation, is why we keep turning up elements of Covid-19. Had we been using other tests, I think we might have had different statistical outcomes. Different statistical outcomes would then, of course, [have] dictated different policy outcomes, possibly. But we didn’t have the benefits of that. I think we were in the closing stages of this now.


Better ways to approach the situation? If only the authoritarians knew.


In South Africa, the pressure in statistical terms is less, because 60% of the population have just blatantly refused to get vaccinated.

Don't you just love it when the masses hands you the proverbial middle finger, elite pond scum?


But there was, of course, hugely vocal, very voluble interest groups and acolyte groups who were pushing for all sorts of lockdowns and, worst of all, vaccine mandates, vaccine passports and so on. Why when you are having a dying virus, would you want to reimpose a pass system in South Africa? That’s exactly how it would have been seen.

Run back to your dirty hole, Rothschild Inc! My new years wish is for the Rothschilds hands to be exposed worldwide for their dirty involvement behind the scenes. Will it happen? Of course not.


The question is, to what extent do we become so scared and serious about it that we lock the world up? That is entirely a political decision. That will be judged by the extent to which people who think the same way as perhaps I do – and the millions of others who do – who now respond to the political leadership, which has put them through this, which now demands a greater rationality from them – or at least an explanation of why they did it.


Politicians need to be hauled over the coals for what they have done together with big pharma.

There is much more to the article so take the time to read it.

Hopefully we see an onslaught of these types of rationalizations appearing worldwide. 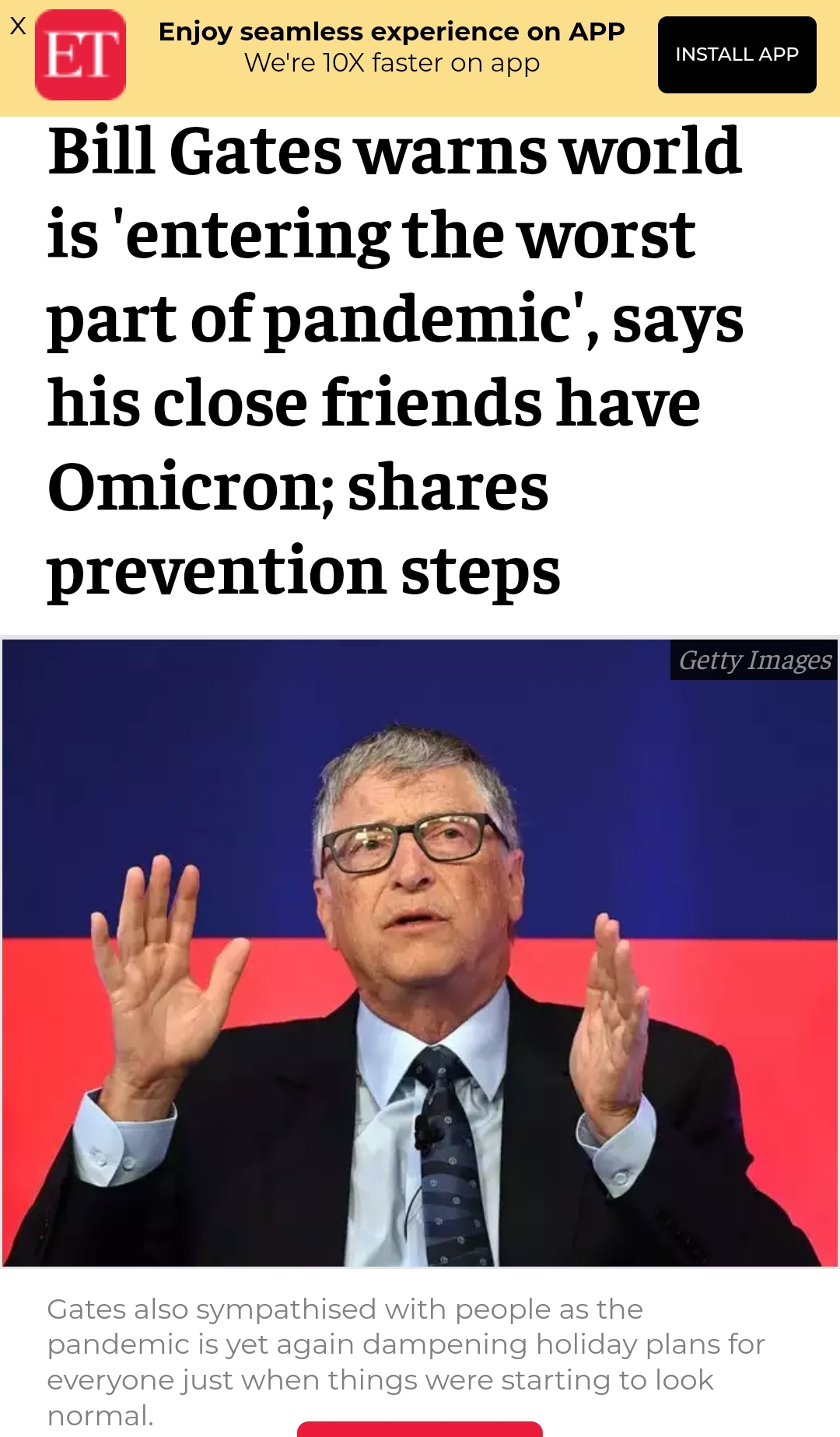 In the pic above we see a friend of Jeffrey Epstein who is not a doctor giving us the spooky hands because 'muh covid'.
edit on 26-12-2021 by 19Bones79 because: (no reason given)

I hate to say it, but I never took this covid thing very seriously to begin with and still don’t take it very seriously I think it’s mostly bull # but then again that’s what happens when you don’t have any faith, trust, or belief in any of the information pumped out by damned near anyone.

I initially thought engineered, deliberately released but with a much higher mortality rate than actually achieved because of that same mistrust.

It doesn't matter. Even after/if Covid goes away completely, there will still be people trying to justify themselves claiming that somehow the unvaccinated are still killing off the vaccinated...

So would you agree part of the real pandemic is misguided trust in entities that want to sap the people of the world of their freedom and money?

When this first popped off I remember listening to a lot of people being hyper scared of the covid but watched them rapidly do what the tv tells them to do, I thought that was even scarier then the sniffles.

People are idiots and I approve of your message


Stupid people going to do what stupid people do, blaming the inefficiency of the faux-cine on those who haven't taken it.

It's an orchestrated power grab, but they were too greedy and it's getting exposed in all it's clumsy glory.

Don’t fear the reaper but pay the ferryman.

Mockery is the most effective weapon against Operation Mockingbird propaganda!

Are you familiar with Salty Cracker?

Funniest commentator on the interwebs IMHO

posted on Dec, 26 2021 @ 06:59 AM
link
I memed a couple days ago, inspired by take-your-pick-of-any-msm-news-broadcast in the last week or so, this seems like a good thread in which to premiere it. 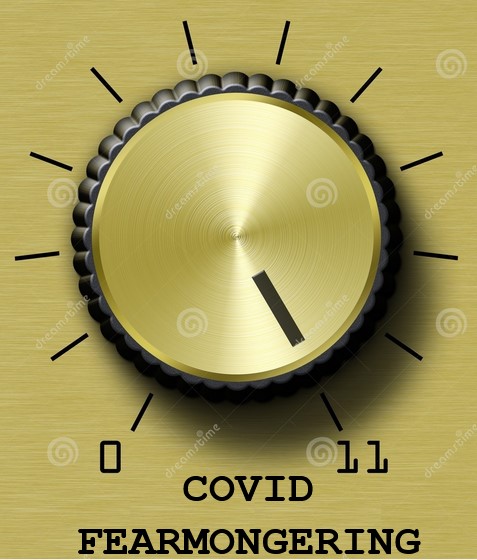 There's crying wolf, and there's having "wolf" repeatedly spittle screamed in your face, while you're looking at the poodle crossing the yard.

Get the funk out ma face!
www.youtube.com...

Yin and Yang. Actions and consequences. Hopefully some retribution too.

Good thread , yeah it’s pretty well over but they keep pumping the airwaves with fear . Hopefully our government hasn’t engineered anything else in wuhan but of course they will , they didn’t face the gallows last time so I’m sure they’re churning out something new and worse right now .
I agree brotherman . I don’t believe anyone who’s lied to me more than say 10 times . I wonder how much longer these lies can continue . We need to smarten up as a society and act on what we know and see to be true not what the media tells us . They’ll keep up with this covid as long as they can but me I want my rights back . The problem with us giving our rights away is then they’re gone . They ain’t ever coming back . Once they’re gone they’re gone . The government never gives back rights unless they’re taken back and good luck with that

originally posted by: 19Bones79
Hopefully some retribution too.

I can't even imagine what that might look like. I'd love to see it, but it seems like hoping the FBI investigates the FBI and finds what we already know. NOT GONNA HAPPEN.

Watched one of his videos now where he mentions the Milgrim Experiment.


Our politicians have really put their feet in it this time.

The problem with society as a whole is that it tends to never agree on anything even if simple truths are self apparent there will always be some counter asshole somewhere trying to tell us water isn’t wet, boys can be girls, the earth isn’t round because it’s flat, etc etc etc

I thought this one was every four months?

Might as well be every two weeks... you know, to flatten the curve.

but pay the ferryman.


Only when he gets you to the other side.