posted on Dec, 23 2021 @ 09:18 AM
link
Tried to do a 'creative' thread on this but nobody jumped in. So Ill try my hand at a no emotion/non-creative thread on this subject because I feel the official story is insufficient.

So the USAF builds a supercomputer out of around 2000 Playstation 3 gaming consoles. They seem to actually been inspired to do this because the intel community found out that Saddam was hoarding PS2s. Japan had actually tried to ban export on the PS2 because it was viewed as a national security threat, due to its computing power. As well as its supposed ability to launch nukes, control UAVs, and the list goes on.

At least somebodys thinking outside the box..right..?

Seems like I remember during the outset of the Iraq affair that there were reports of IEDs that shouldn't have worked (and that our EOD guys couldn't figure out how they worked). Due to the way they were wired etc. This was concerning to me.
So what else had they figured out a backwards way to rig up?

What was Saddam really trying to do with all the Playstations? The official story was that he was trying to build a supercomputer. But with the reports about strangely configured IEDs, I can't help but to think there was more to the PS2 thing.

I couldn't find any threads on this here, If I missed one, pardon me and deletion will be forthcoming.

I always check the menu at Alice's restaurant.

edit on Thu Dec 23 2021 by DontTreadOnMe because: (no reason given)

Just looking at your avatar and stuff..Ill share something ..Psalm 35….My favorite..Not a Christian here, but a friend.


a reply to: Gothmog

I remember when they thought Furby was a spy:


Thousands of families across the United States could be harbouring potentially dangerous double agents - also known as Furbies.

The Furby, a highly sought-after Christmas toy in 1998, is now a high-ranking public enemy and has been banned from National Security Agency premises in Maryland.

Anyone at the NSA coming across a Furby, or a crack team of Furbies infiltrating the building has been asked to "contact their Staff Security Office for guidance".

An allegedly classified NSA internal memo alerted other agents to the Furby's secret embedded computer chip which allows every Furby to utter 200 words - 100 in English and 100 in "Furbish."

Because of its ability to repeat what it hears, Security Agency officials were worried "that people would take them home and they'd start talking classified,'' according to one anonymous Capitol Hill source.

Photographic, video and audio recording equipment are all prohibited items for employees at the NSA.

Does that mean there's nothing to the PS2 thing? Disappointing..Oh well. The Air Force thought there was something to it, enough so that they built the Condor Cluster machine…Im just thinking maybe they didn't go far enough outside the realm of logical sanity.
a reply to: ColoradoTemplar

The last RFC openly sourced by the NSA/CIA that I responded to looked like a unicity distance trap.

Elementary my dear Watson, some tea ain't for dringkin.

The PlayStation 3 incorporated the "Cell microprocessor" which was rather ahead of it's time.

Hence the reason and interest the USAF had where the console was concerned.
edit on 23-12-2021 by andy06shake because: (no reason given)

posted on Dec, 23 2021 @ 06:05 PM
link
interesting. So why Saddams interest 10 years before?
Had to have been a specific goal in mind. Not just a supercomputer. What was unique about the PS2? first platform besides dreamcast to come with support for online gaming, contained the 'emotion engine',it had a version of Linux,

Some people believe that Sony made up the story to make the console seem more powerful.

The PlayStation 3 incorporated the "Cell microprocessor" which was rather ahead of it's time.

Hence the reason and interest the USAF had where the console was concerned.

The cell processor was developed by IBM in the years prior to the turn of the century . It was a conglomerate of IBM's Power chips in a single chip . As it was mostly comprised of linked RISC processor cores it was limited in functionality and mostly used in mainframes . I.E , it could crunch numbers very rapidly . As a gaming CPU , very awkward to program .
Only a very few fluent programmers were available and most came from the STI program itself .
But this did lead to the multiple core and threaded CPUs we have today .(in a way)
"It's not the speed , it is the number of cores"

posted on Dec, 23 2021 @ 06:38 PM
link
This probably won't have much to do with ieds or ai but I wonder there has been talk of terrorists meeting up in online games to discuss plans supposedly because it is harder to record and with the ps2 being one of the first with online capability maybe that was there angle

Iran claims to have a Simorgh peta flop machine.
That probably translates "30 bird".
Could be located at a major trunk down link.
No reason to think there would be any public information about it though.

Google Earth lets you land in a few other locations, perhaps they are networked? 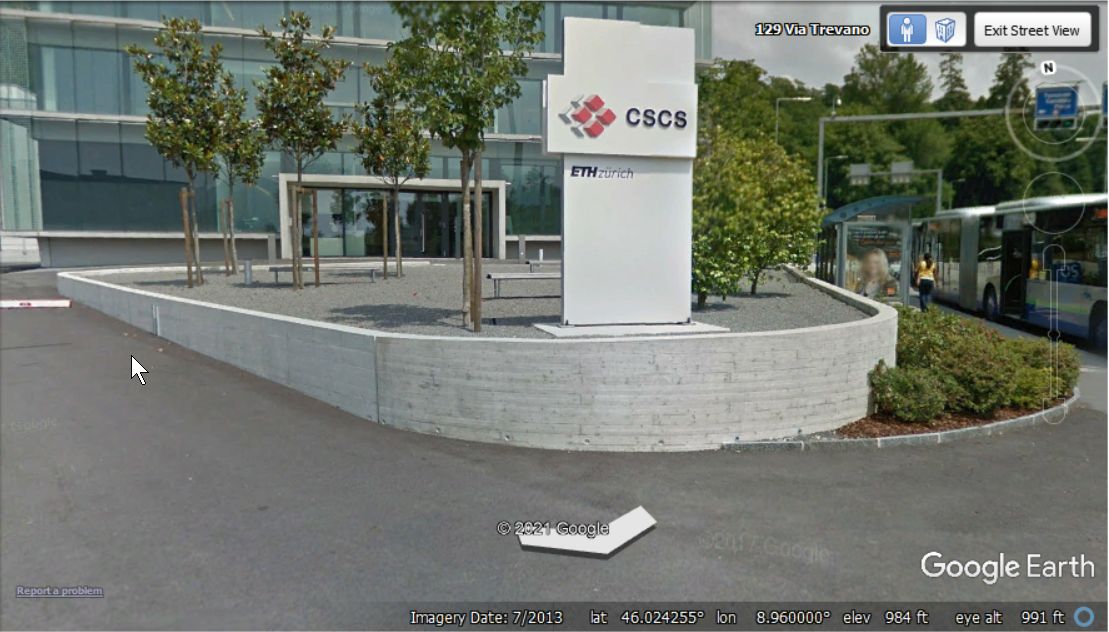 edit on 23-12-2021 by fromunclexcommunicate because: edit to add CSCS

posted on Dec, 24 2021 @ 04:51 AM
link
Theses two paragraphs I found particularly interesting. Especially when applied to other industry tech.
Energy harnessing/sourcing and energy storage in particular.

"The competition for the consumer high-tech toy market is fierce and well-funded, and the impetus to provide ever more powerful products to maintain or increase market share has resulted in the computing power found in children's toys making proportionately far greater strides than have been seen in even the most aggressive conventional supercomputing technologies."

"The computing power of a single Furby still lags behind even Cray Computing's mid-range 2 gigaflop supercomputers, but it is, nonetheless, infinitely more powerful than a Pet Rock and carries a somewhat lower cost-of-ownership than the Cray, particularly when you take into account the price and availability of spares and replacements."

a reply to: Gothmog

Aye it had a few interesting features for it's time.

originally posted by: didntasktobeborned
New project..A furby suit. Or at least a mask. Im hitting up ebay right now. Couple antennas, a gameboy, the furby mask could be a way to remote control a human..yeah…

posted on Dec, 24 2021 @ 05:34 AM
link
Just spitballing here…..Can’t some of the electronics in toys like Furbees be used for sound or motion detection? Connected to an IED, could these sensors be used to set them off? Rather than just setting IEDs off with pressure switches?

As for PlayStations, the CPU and graphics chips could be salvaged and exploited in home made mother boards. You’d have to really know what you are doing. However, you could get something better than 1980’s tech if you so desired.

You can do that with the likes of an old mobile phone with a camera and some software like "iSpy".

Don't know about setting off bombs all the same, but for sound and motion detection it works like a charm.

Remember at the time it was something to do with the graphics chip and processor being similar (and adaptable) to those within cruise missiles - hence the block on exports to Iraq.

No good Saddam being able to retrofit that technology whilst we were planning war.......sorry, I mean gearing up for "peace keeping".