Hospitalizations rise across the U.S. ahead of holidays

posted on Dec, 19 2021 @ 05:11 AM
link
Don't let the numbers fool you.
As I've said, my wife is an R.N. and we have several Healthcare Professionals on this site and I'm sure they've seen the same. My wife has noticed it over her entire career and it just pisses her off to no end.
Let's say you have a Grandparent or other relative you look after. Maybe because of Alzheimer's , dementia or other reasons. During the holidays, many have plans and don't want to have to drag them along and look after them. They want a break. They want to go to Thanksgiving dinner or a Christmas party and just can't be bothered to take care of Uncle Joe. So, what do they do ? They make up some excuse to have them admitted to the hospital for a few days. My wife says that, with Christmas just around the corner, they are already seeing it happen.

It's disgusting and shameful, but it happens far more often than you'd like to think.

Are some of them due to Covid ? Well, of course they are, but just because admissions are up, it does NOT mean it is entirely due to Covid.

Don't let the numbers fool you.

Hospitalizations are rising across much of the United States, leading public health officials to warn that a winter surge caused by both the delta and omicron variants could have devastating outcomes.

I didn't think getting a room in a hospital was that easy these days unless there was a real reason to keep them there. What reasons are the hospital keeping them? Most hospitals these days won't even officially admit people until they've been in observation for at least 3 or 4 days in ICU.

posted on Dec, 19 2021 @ 05:36 AM
link
Wow! My sister-in-law works in a hospital (countryside in Illinois) and they wished they had more patients to care for. They still have to work over the holidays too.

Believe it or not, sometimes they will short them on their meds to make their condition worse, get them admitted and then leave town. When they get Grandpa stable enough to discharge they call the family and get , "Oh sorry, we are out of town for the holidays and won't be back till next week". They can't just kick them out on the street, so they're stuck taking care of them till the family gets back.

And also,, let's face it, hospitals are out to make money and they can charge Medi Care for a few days stay and meds.

What part of Illinois ? I'm in Central Illinois, but my wife works in Indiana. We live pretty close to the state line.


Are some of them due to Covid ? Well, of course they are, but just because admissions are up, it does NOT mean it is entirely due to Covid.


Not entirely due to Covid no but most of the increased pressure is due to Covid , I can only speak with certainty about my area but the pressure is building and patients have died in ambulances waiting for a bed to be found.

The pressure will only increase in the coming weeks as people travel around the country and spend time with family and friends over the Christmas break.

originally posted by: DAVID64
a reply to: musicismagic

What part of Illinois ? I'm in Central Illinois, but my wife works in Indiana. We live pretty close to the state line.

Outside of Rock Island, just go east toward Colona in that area, not sure of the town name, maybe Geneseo . From that area actually.
You seem to be too far from Peoria , right?

This is probably because it's winter, people are coming inside and closing the windows. It's why we have outbreaks of flu in the winter.

posted on Dec, 19 2021 @ 07:04 AM
link
Ive heard family members and friends in the medical community say the same thing about this disturbing trend

Not sure about other states but Georgia looks well below our ATH for hospitalizations. 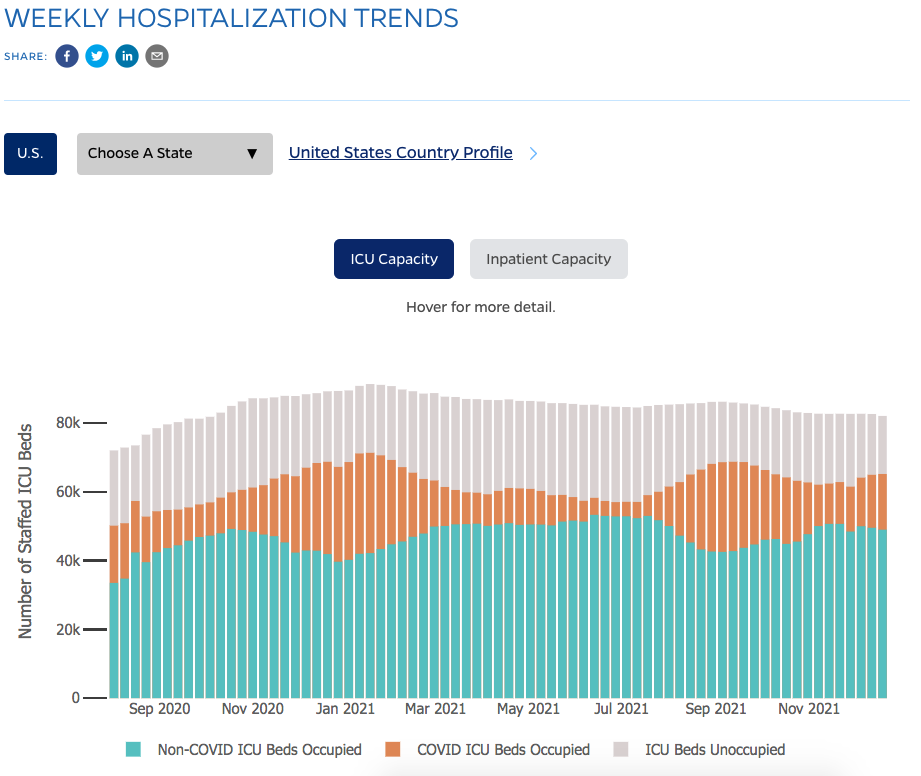 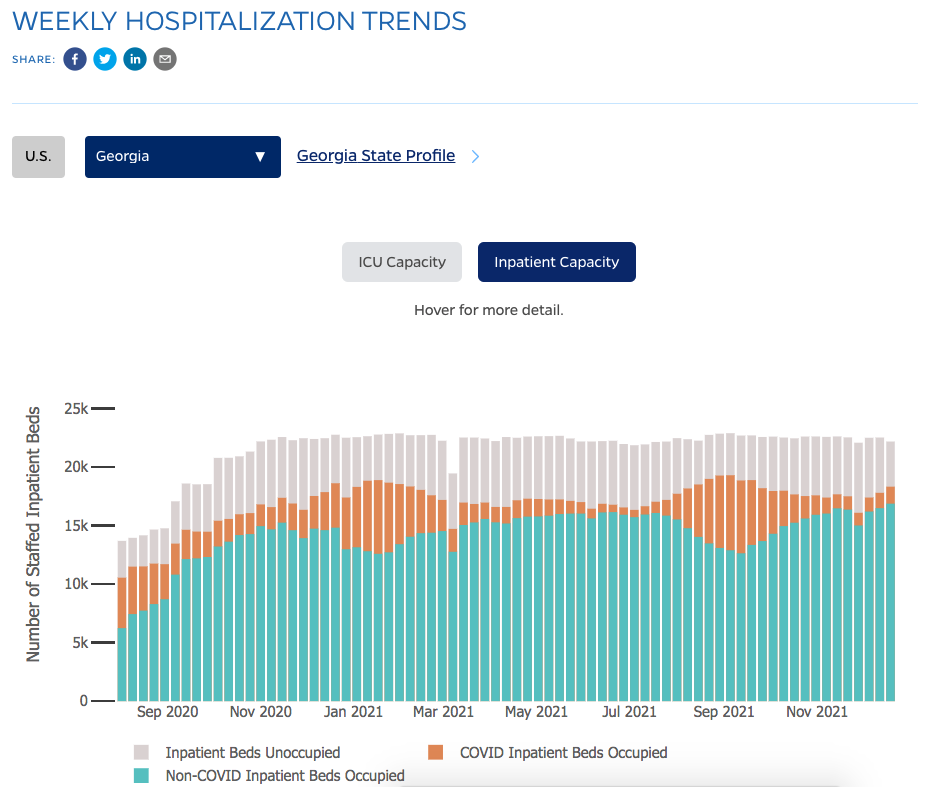 This was actually predicted back in 2020.

Your sister sounds like an idiot. Who wishes for more patients besides Fauci?

originally posted by: AaarghZombies
a reply to: DAVID64

This is probably because it's winter, people are coming inside and closing the windows. It's why we have outbreaks of flu in the winter.

To make things simple for everyone what ever this posters says the truth is the opposite.

According to Google maps, I am almost 4 hours [ 260 miles ] South East of Rock Island.

My daughter is a ER nurse in her area they are getting lots of cases with the new variant of the Flu that you have not heard much about it in the news, because is all about the moron covid for the moronic people.

She already warned me a month ago that the A and B variants of the flu this year were nasty and as usual affecting the elderly even with the flu vaccine and those with immune problems.

But we live in a bizarro covid world this days.

Maybe because is actually the flu? yep all flu season and their mutating variants,