originally posted by: RussianTroll
a reply to: Terpene

Who is the guard, who should he scare away?

If the guardian protects Good, then he must look terrible for Evil. And vice versa. Whom and from whom does this "guard" guard?

A month and a half ago, in the thread "Reptilians stopped disguising themselves" I spoke about the official UN video, in which a reptilian speaks from the UN rostrum, and world leaders listen to him. And here is a new confirmation of the inhuman nature. A very curious sculpture was erected near the UN headquarters in New York.

On the official Twitter account of the United Nations, this is called the "Guardian of International Peace and Security". 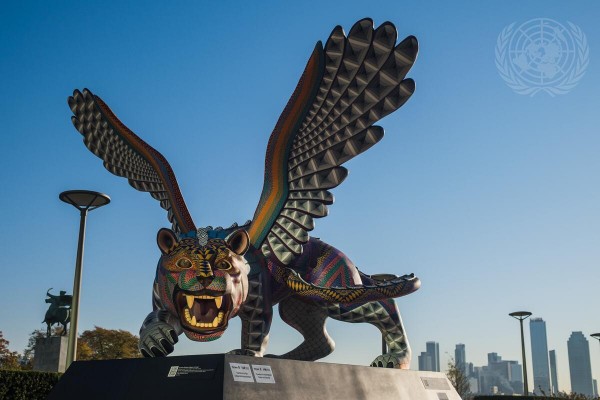 In the comments to the post, as well as in other social networks, users claim that the sculpture looks like a “beast” from the 7th chapter of the book of the prophet Daniel: “Having started his speech, Daniel said: I saw in my night vision, and behold, the four winds the heavenly ones fought on the great sea, and four great beasts came out of the sea, unlike one another. The first is like a lion, but he has eagle's wings. "

Other users believe that the lion with eagle's wings near the UN building is somewhat reminiscent of the “beast” from chapter 13 of the book of Revelation of the Apostle John the Theologian: “The beast I saw was like a leopard; his feet are like those of a bear, and his mouth is like the mouth of a lion; and the dragon gave him his strength and his throne and great power. "

In addition, the phrase “peace and security” used for the name of the sculpture reminds some social media users of the words from 1 Thessalonians: “for you yourself know for certain that the day of the Lord will come like a thief at night. For when they say: “peace and security,” then their destruction will suddenly befall them, just as the torment of childbirth befell one in the womb and will not be avoided ”(1 Thess. 5, 2-3),” the portal of the Union of Orthodox Journalists said.

What was it? Your comments, please.

yeah, that doesn't look so benevolent to me. i don't think the ding bats at the UN know what they put up.

the trickster might be behind it. but it does have a south american look to it.

something i found interesting. The wrathful Yama assumed a fearsome form and threw his noose to capture Markandeya, who hugged the linga tightly. When the noose touched the linga, Shiva emerged from it in all his wrath and struck Yama with his Trishula and kicked his chest, killing the Lord of Death.

maybe he's not so bad? Is Yama evil?
Although Yama is frightening, he is not evil. As with many wrathful iconic figures, his role is to frighten us to pay attention to our lives—and the divine messengers—so that we practice diligently.

hmm Christianity and Buddhism an a sprinkle of other.
what i find interesting is when i referenced Thanos, who wiped out 1/2 of the universe and found this.

Thanatos, in ancient Greek religion and mythology, the personification of death. Thanatos was the son of Nyx, the goddess of night, and the brother of Hypnos, the god of sleep.

Enma, (mythology, Shintō) The Japanese name for Yama, the Buddhist and Chinese god who presides over naraku (hell). A deity and/or personification of death

well they are all human constructs anyway. interesting how diverse and so alike.

posted on Dec, 17 2021 @ 09:54 AM
link
a reply to: RussianTroll
You've put no thought into that reaction, have you? No attempt to engage with ideas.
I will only add that the ony way to understand the book of Revelation is to seek to understand it as a whole, rather than by catching up half-verses and trying to treat them in isolation.
"He who knows, and knows that he knows, is wise- follow him...
He who knows not, and knows not that he knows not is a fool- shun him."

posted on Dec, 17 2021 @ 10:14 AM
link
Also the point of these statues might be in the Ten commandments, God forbids us to make graven images for good reason.
More so God foretells us about those who do and keep them, worship and sacrifice unto them.
And there is nothing new under the sun.


originally posted by: RussianTroll
a reply to: Terpene

Who is the guard, who should he scare away?

If the guardian protects Good, then he must look terrible for Evil. And vice versa. Whom and from whom does this "guard" guard?

Nothing in this world is done without God's permission. It is not for us to comment on this.

And yet you made a thread soooooo

Don't underestimate the ding bats at the UN...
I remeber a thread on ATS about their room of silence with a black ore cube in it, that didn't age well either...

Oh man, I knew that reminded me of something.. 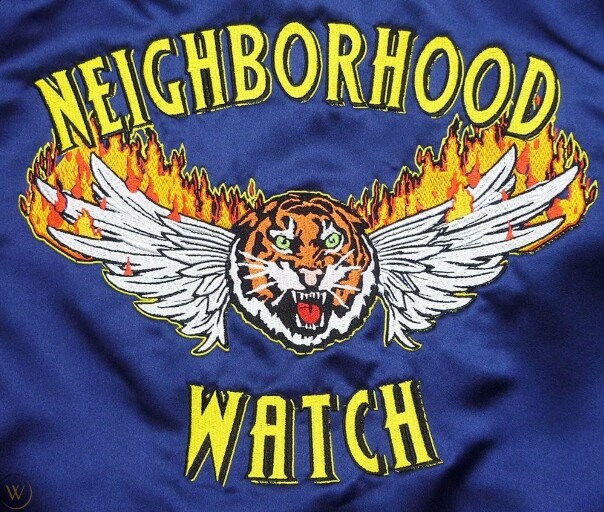 It is very ugly statue.

Revelation is more correct when looking at the photo. . .

1 Thessalonians... i can´t see it here.. it is not actually literally linked in this statue. It is more linked in end times prophecy in generally speaking. There is nothing peaceful in this photo. Cat is threathening and angry like a beard shot in the a$$.

What i say .. Its is a very ugly statue, as one it also tells me UN is not peaceful organization after all. Very bad choice to present to something what is supposed to be good.

DANIEL 7:17 explains the meaning of that beast:
"These four great beasts are four kings who will arise from the earth"


They have almost all the money in the world and they believe that they achieved it first via symbology.
yes, they believe in the great power of symbols, and they use them.

Thinking that they put an sculpture to represent them, in one of their core offices, without any symbology or meaning, is underestimating them, is being fool.


lion, panter and leopard are form the same species.

every image, statue has a purpose.
it is like the blue horse at the denver airport. they will not put any random statue there.

they only use symbols that are aligned with their faith.