page: 1
40
<<   2 >>
log in
join
share:
LoneCloudHopper2
+26 more
posted on Dec, 16 2021 @ 05:55 PM
link
Yet another example of how woke teachers are indoctrinating people's children BEHIND PARENTS' BACKS into adult world sexuality. They instruct the children to HIDE IT from their parents, even when the child comes to feel SUICIDAL over it. I've said it before, but parents are losing the right to parent their own children.

Parents outraged over school staff who allegedly disguised the names of Gay-Straight Alliance (GSA) clubs at a California middle school are planning to voice their concerns at a school board meeting this week in Salinas.

Jessica Konen has alleged that school staff indoctrinated her then 12-year-old daughter in an LGBTQ club disguised as an “Equality Club.” She told The Epoch Times she plans to speak at the Dec. 15 meeting at Spreckels Union School District (SUSD) during public comments.

Two teachers at Buena Vista Middle School in Salinas were recorded coaching other teachers to conceal the nature of LGTBQ clubs from parents at a sold-out California Teachers Association conference held in Palm Springs, California, from Oct. 29 to Oct. 31. The CTA event was billed as the “2021 LGBTQ+ Issues Conference, Beyond the Binary: Identity & Imagining Possibilities.

The teachers led a workshop called “How we run a ‘GSA’ in Conservative Communities,” and described the obstacles that they face as activist teachers to conceal the activities of GSA clubs from parents.


There are numerous reports like this one out there, but I think many parents still need to wake up to what is happening. Your children are being taught that you are ignorant and bigoted, taught to mistrust you, to lie to you/conceal the truth from you, and to learn sexuality and morals as instructed by extremists. The harm this is doing to the young generation will last, well, generations, if something is not done very soon.
edit on 16-12-2021 by LoneCloudHopper2 because: (no reason given)

Listened to this on my way into work. Made my stomach churn as a parent.

As disturbing as the gender nonsense was, what really did it was the fact that they didn't unbeknownst to the parent AND called CPS!!! Then CPS comes out and the mother has to defend herself to them!!!!!

That's when my blood really began to boil.

Yes indeed. I am not a parent but I am outraged as a human being seeing this insanity.

posted on Dec, 16 2021 @ 06:07 PM
link
A requirement for teaching should be you have/had a kid, not to say that would fix all this. But these childless indoctrinated hateful people shouldn't be around our children period.

Big middle finger to the people who said it would never go this far...

But every time some other poor kid dies because they actually have super neglectful parents and this kind of CPS crap is brought up, we get told that CPS means well and would do better if they only had more money.

I have a family member who just exited the teaching profession for younger tots.

The stories she has are some of the worst things I've ever heard. What children have gone through at obviously unfit parents and how CPS didn't, wouldn't or couldn't get involved is terrible.

However they jumped all over this?

The handwriting is on the wall. California's fate is sealed. Inform parents to leave the state and take the children. If they stay, they've lost their right to complain.

originally posted by: JAY1980
A requirement for teaching should be you have/had a kid, not to say that would fix all this. But these childless indoctrinated hateful people shouldn't be around our children period.

Big middle finger to the people who said it would never go this far...

I agree with the sentiment, but practically speaking, the system does depend on young and energetic (and yes, as of yet childless) newcomers to the teaching ranks. Just looking through our daughters' school system, and anecdotally assessing the school district based on the teachers they've had, I would guesstimate in our city that somewhere between 1/4 to 1/3 of the staff are younger folks (20-30 years old) that haven't reached the point where they can afford to have children in modern society, never mind if they want them or not.

We have big Big BIG problems with people "running things" in all facets of society right now, from school systems to governmental systems to medical systems to private corporations that are waaay past the point in life I laid out in my opening paragraph, they are more like approaching or just "over the hill", don't have children, have no intention of having children...and yet are being tasked (or tasking themselves!) with making critical social decisions that IMPACT children. I know people that have never had children, don't want children, but are really terrific role models for children, and I trust them implicitly around children. But sorry, on the whole, NO, I don't want these people running cities or states or national governments, or the executives of large corporations, or CERTAINLY not running any sizeable/significant medical operations like hospitals or clinics that in any way cater to children.

Sometimes perspective and having gone through the trials and tribulations of parenting really REALLY does matter. Parenting is quintessentially the ultimate form of leadership, and you if don't have parenting on your C.V. and are asking people to trust you running a city or major corporation? Ummmmmm. O.K. but I would keep my eyes peeled, certainly when it came to things like that individual handled a municipality's school policy or the H.R. policies regarding maternity leave and insurance coverage.

Call it what it is: PEDOPHILIC SEX GROOMING !! 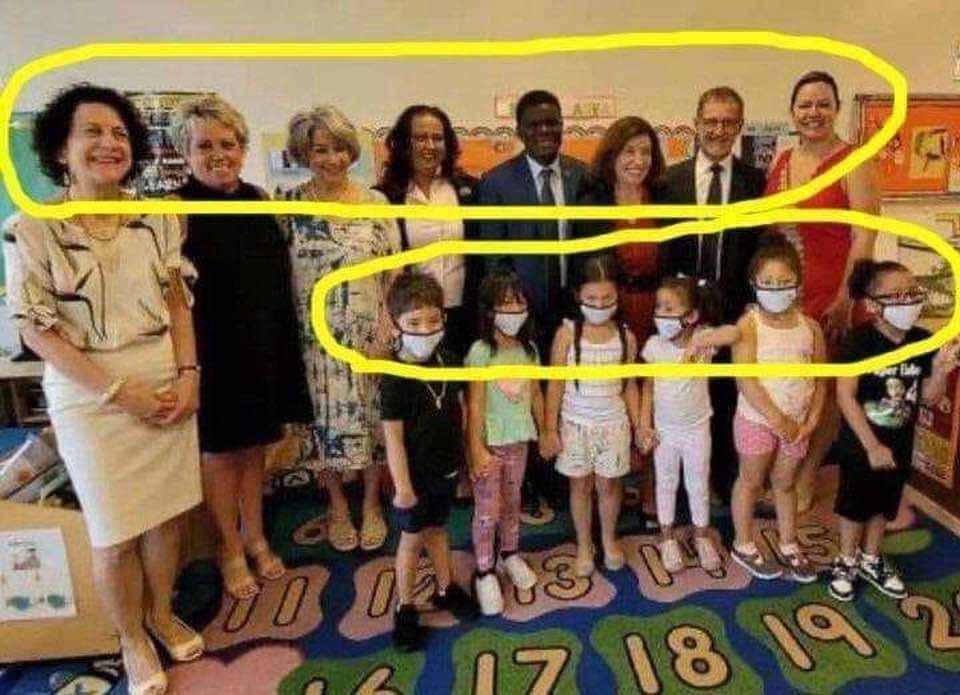 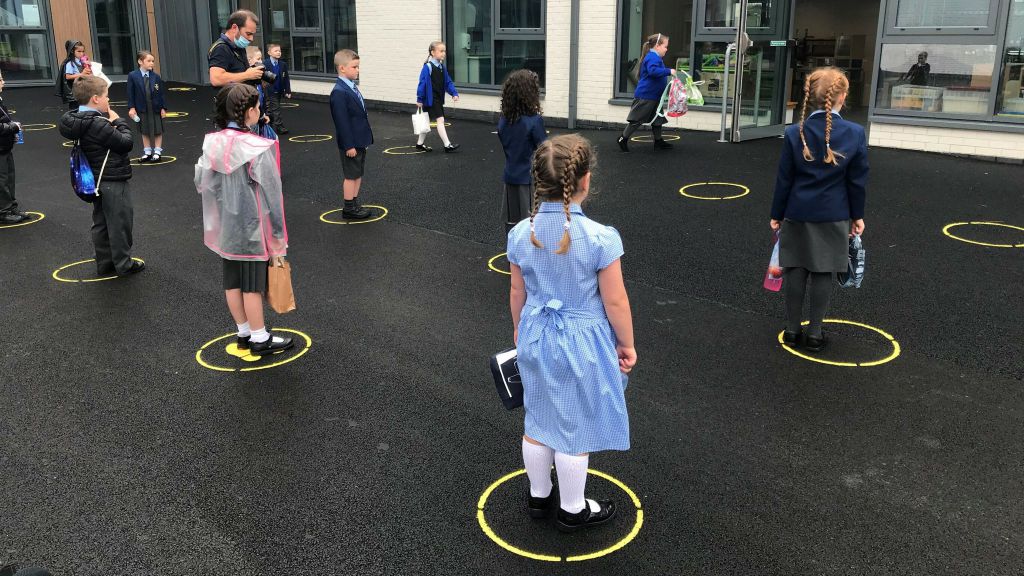 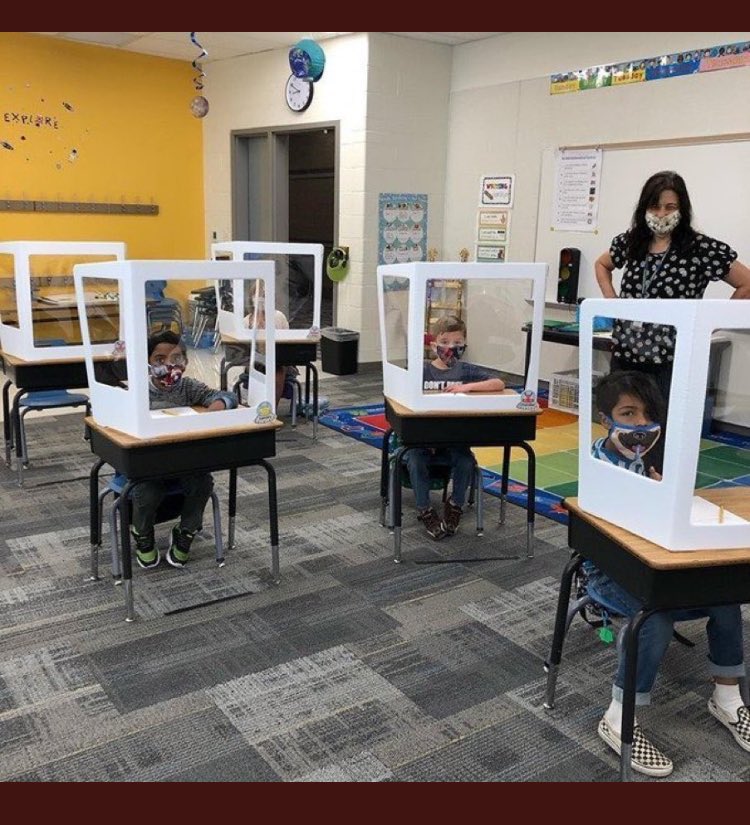 If you vaccinate your children this will all be over.

Sigh. I hated school so much. I could go on a long rant about it if I wanted. To see what children today have to endure, it kills something inside me to see it.

Beware the wolves that seek to separate the lamb's from the flock, the children from there parent's.

These are nothing more or less than the army of the devil corrupting, destroying and rotting the moral fibre of a nation, it's children, it's future being stolen by them.

They will not create a utopia but a hell on earth if they are not stopped.

posted on Dec, 17 2021 @ 05:20 AM
link
The simple fact is that if you fail to fight for the right and responsibility for bringing up the children you gave birth to the deviants and perverts will do it for you.

I think the only way to stop this is to take your children out of the schools in silent protest... once the teachers realise their jobs are at stake, they will need to ditch their indoctrination classes!

I feel the same way. I am also seeing it for both its sociopolitical and spiritual dimensions. It will take political action and faith to change it.

For those who just want to sit back and wait for God to intervene, I remind them: God helps those who help themselves.

Yes. Parents must take back the reigns. I think a lot will once they really see what is happening. Besides those who are under the corporate spell, that is.

Excellent idea! That would be a peaceful and meaningful form of protest that would certainly send shockwaves.