I don't usually post these things...but I came across this story this morning and thought I'd share.

A South African researcher discovered what appears to be an image of a crashed flying saucer on the surface of Mars, according to re-analyzed NASA footage from 2006.

Jean Ward, an anomaly hunter, was searching through NASA images for noteworthy aberrations when he discovered the image taken by the Mars Reconnaissance Orbiter. Despite the image being 15 years old, Ward’s discovery of what appears to be the flying saucer is not.

The image comes from the bottom of Candor Chasma, which is a large canyon in the Valles Marineris system on Mars.

This guy has been studying mars anomalies for a long time and says:

“It looks like a disk-shaped craft or object came in at a very low angle and crashed into the surface of Mars leaving this strange behind it,” Ward said, explaining how the possible landing of this object would have created this distinct difference in the landscape.

Ward zoomed on what appeared to be the elevated saucer, estimating the disk was roughly 12-15 meters in diameter, and said, “It looks like a disk that’s partially elevated on one side as it plowed into the surface.”

He says the perpendicular dunes along the crash field appear to have formed later.

Pretty interesting...and definitely a disc-shaped object at the head of the "crash" site.
SEE article for enlargement.

posted on Dec, 11 2021 @ 07:53 AM
link
Technically it would be a UGO. An unidentified grounded object, but I agree it looks like those flying saucers everyone talks about.

originally posted by: VierEyes
..... I think NASA should check it out.

I'm sure they're all over it

Unfortunately I don’t see much in the way of directional striations along the rock that would be indicative of any object scrapping over the surface.

Looks like sand accumulations in some kind of gorge.

Very interesting that the series of sand bars/dunes ONLY exist in the part of the image where the possible "track marks" have altered the landscape.

To me that suggests that something has changed in that part of the image alone(all the way along the tracks) which has allowed the dunes to gradually build up.

No dunes exist in any other area off the image-so its possible something crashed allowing conditions for the dunes to build up.

Got to be worth sending a mission to check this out close up!
Come on NASA/Elon...unless you want China to get there first.

posted on Dec, 11 2021 @ 08:02 AM
link
Interesting that a saucer-shaped craft would leave two parallel trenches/tracks like that. Grooves from landing legs, or some kind of engine blast?

Could the age of the tracks be estimated by the size and shape of the dunes?

The image is 15 years old...so a more recent image of the site would tell much.

They gotsta get paid for somethin..

posted on Dec, 11 2021 @ 08:11 AM
link
I think it's just dirt. The rock that caused it is buried. All that we're looking at is dirt. The supposed curved part of the 'saucer' looks exactly the same as the other dunes, except for the curvature which was caused by the slight landslide/collapse of the untouched dirt that fell down sometime later, after the initial rock had impacted. Since the collapse occurred in the center, it fell into a nice curved shape. If we were down there close to it, it would probably not be anywhere near as smooth or as perfect as it appears in this super-zoomed in image. 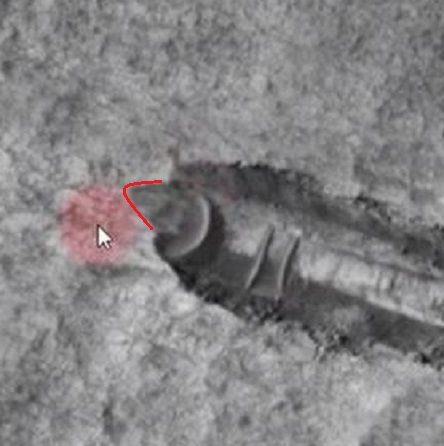 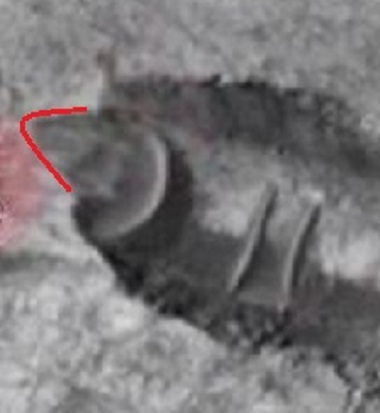 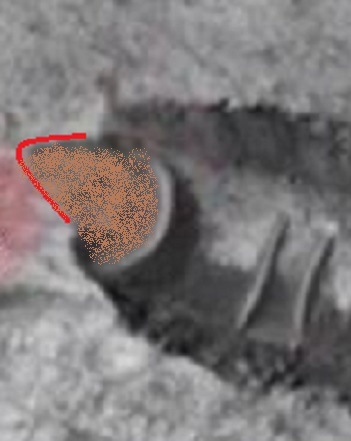 maybe. maybe not. I don't know. But that's what it looks like to me.

Why are people still pushing the imagined view of what people in the 50’s though UFO’s should look like?

Why are people still pushing the imagined view of what people in the 50’s though UFO’s should look like?

Maybe it's how they really look. 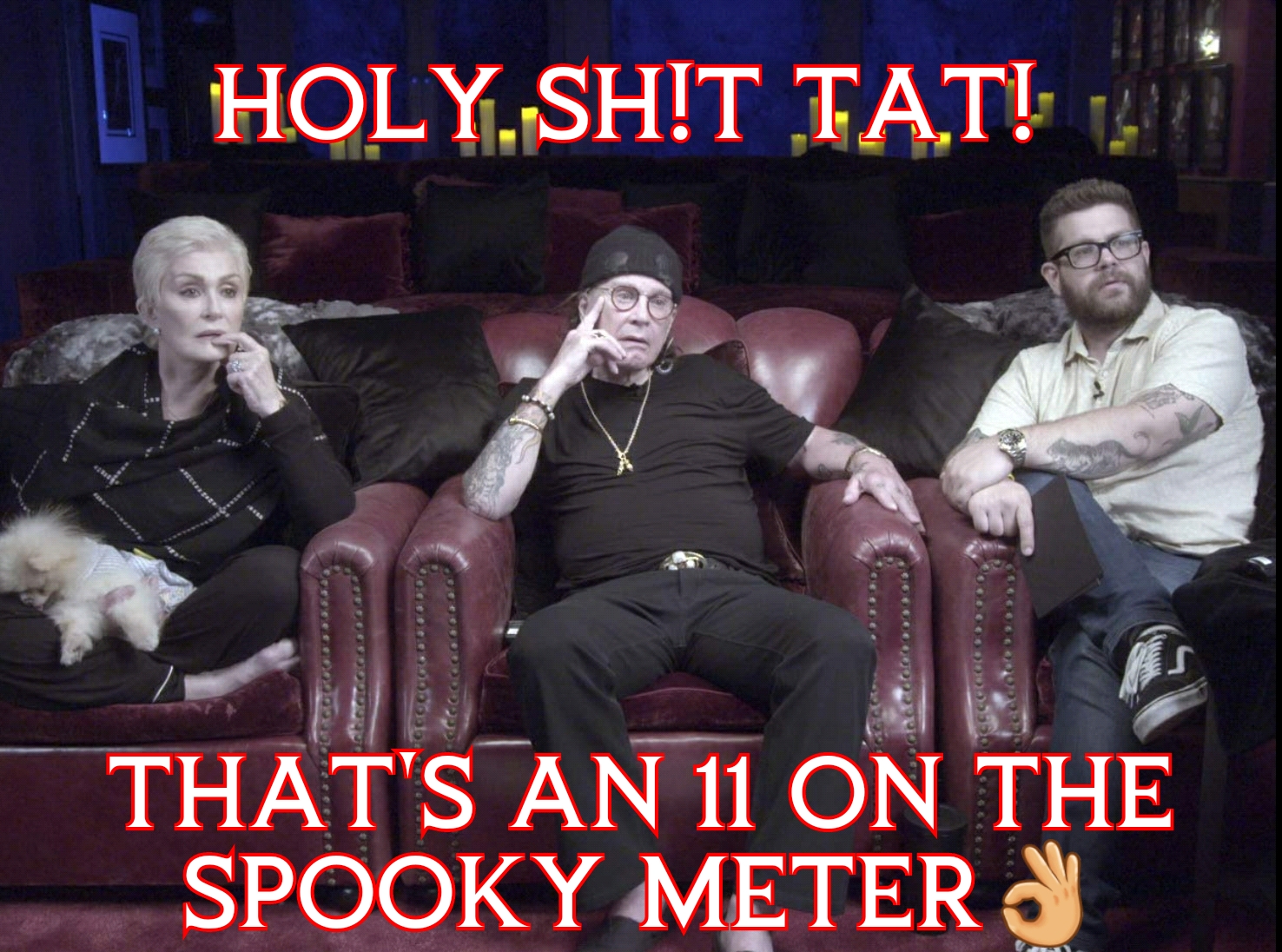 Looks to perfect, it's definitely there with tracks and all. One commenter said it may be the formation of another dune (the disc). The ground was disturbed.

This is one of the best pics on mars, if it's really on mars and not a Photoshop.

How amazing even if it's a natural formation of wind made sand dunes..... and a nicely gouged linear track.

posted on Dec, 11 2021 @ 08:32 AM
link
Something entering at high speed and at a low angle made that long, wide, flat trench...and the disk-shaped anomaly at the head of the trench would've been responsible.

Could be the result of a meteor entering at a very low angle...but the shape of the trench and the curvature of the embedded object suggest other, more intriguing possibilities.

I considered this, it's possible. That's a shallow angle. Wouldn't it need to be moving much faster to have such a flatter horizontal skid?

Like I said, regardless if it's a UAP/UFO or meteor. The pic itself deserves attention even if it's a naturally occurring oddity. And it is odd.

Just used my telescope and took a look at it.

When I saw the zoomed out photo in the OP, it sort of reminded me what wheel tracks would look like (two parallel trenches in the ground, with a space of undisturbed ground between them).

Don't have time to go through the image upload tedium, but here is what I'm describing.

That lead me to believe that we were looking at rover tracks, possibly with a photo that had been manipulated (to edit out the rover).

However, with the zoomed in photo from BrokenCircle's post, I see the disk-like object embedded in the soil....if it's a doctored photo, then the creator is pretty damn good at it.

I can't see how debris coming from orbit would land with that kind of shallow trajectory to skid across the ground.

The object at the end of track looks way to uniformly circular to be a rock/natural object, and it almost looks like there is a shadow being cast from the object back into the track behind it (again semi-circular in shape).