What where these things tall slender following me through woods?

I kept feeling something was following me about forty maybe fifty yards away.

Deer don't normally follow folk I thought. Then as I passed near the farm I saw it approach from my left. It was eight to nine feet tall and thin like a smaller tree. It had long hair black straight scraggly. Long arms and long fingers.

I pulled out my hatchet and walked toward it thinking I don't give a £#&%. It ran west the tree branches flinging back that it ran through. I thought to myself wtf was that thing?

I've carried a hatchet and torch for a while now after what I can only describe as haunting things and crypto like beings observing from bushes in woodland areas.

This thing was not a human and almost looked in the dark like a walking tree. I have discussed with many what it was.
Djinn was one answer. I know one thing if you fear they come after you if you have no fear they run. What was it? What in the... if I had my PC running I would draw it and upload.


Anyways a few months later I fell asleep at a friends house. Woke early hours of around twelve thirty a.m. thought best get off home.

Took shortcut through same park nature reserve to store which at time was twenty four hour.
Going through park picnic area then along the stream.

At second bridge this tall slender shape was stood motionless. I had no torch or hatchet so I just did a sneak walk thinking they can't see me in this dark.

The being looked alien about seven and a half foot tall. In like a bubble jacket and dress. I walked silently past about seven metres away on a connected path. The being had long dark hair long fingers. I observed as I passed then suddenly the being came after me.

Shuffling small steps on the gravel path behind me. I panicked sort of but carried on as I could hear the small shuffling steps. I crossed a small marsh area at which point i think i lost the being. Then over a stream then up the hill over the cow field and then went to supermarket.
I was pretty freaked out. the first one I felt was male the second female.
After research on Internet closest thing to second encounters clothes were a Edwardian wedding dress.
edit on 10-12-2021 by infiniteMeow because: txt wall..
edit on 10-12-2021 by infiniteMeow because: more
I put the year at around 2016 although so much happening in last few years could of been 2017

Interesting , thanks for sharing.

Whereabouts in Europe are you?

North UK. the park in question is Cuerden valley. it is normally quiet at night.
edit on 10-12-2021 by infiniteMeow because: more info

posted on Dec, 10 2021 @ 03:30 PM
link
you get really quiet nights round here like everyone's asleep I stay awake. Stuff creeps around. Haunted or cursed area for sure.
edit on 10-12-2021 by infiniteMeow because: phone typo

these thing were really thin slender and tall.

posted on Dec, 10 2021 @ 03:38 PM
link
I live in Tokeland WA. A few people out here have seen something very similar to what you describe. They call it Long Claw. There are very dense woods where I live and most is reservation land. One followed us on Halloween of 2018. I did not see it personally but my friend said it just slipped in and out of the trees and was very tall, slender and dark. It was the way he told the story that leads me to believe he really believes he saw something. a reply to: infiniteMeow

There are weird things in the woods, we humans are just so separated from reality so we have no clue anymore.

Once saw a creature that looked exactly like the predator in the arnold movie.

There were a couple of them too, they moved very slowly, something clicked in my brain and eyes that allowed me to see them, difficult to explain with words. 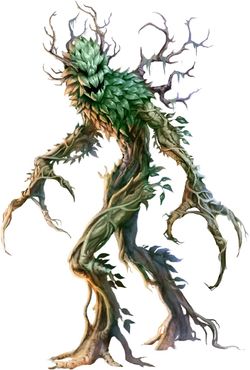 Please say your quoting the comedy genius that is Eddie Murphy - WARNING language, of course

posted on Dec, 10 2021 @ 04:18 PM
link
You should peruse the Expanded Perspectives podcast...a couple of good ol boys talking about Slender-man, Rakes, Glimmer-man, Moth-man, etc. (not many "-women" for some reason...hmmm)
Funny guys and they read some interesting correspondence from others similar to you.

Possibly simply native beings(Fae for lack of a better term) that we've been told to forget and fear, living life like any deer, badger or mouse

Gus, take your kids and go fishing, but first bring that gas can over here, you want to eat don't you.

posted on Dec, 10 2021 @ 04:28 PM
link
I find this type of story intriguing because it's outside the typical paranormal ghost\cryptid things- that- go- bump- in- the- night encounter.

One of the eeriest stories I've ever heard was told by a caller on the old Art Bell Coast To Coast show. She spoke of a "tree creature" in an old cemetery. She said that two other people witnessed the thing.

If anyone is interested, here's the story. This is a combination of the actual show transcript and my comments:

The woman who told the story was very intelligent and seemed sincere and believable.
She lived in Iowa, and had relatives that were farmers in both Iowa and Missouri.
As a teenager, she would visit her cousins, and often stay a couple of days.

She had some relatives in rural Missouri who had a large farm. There was a very spooky abandoned farm about 2 miles from her cousin's place. A house, barn, and several buildings just completely abandoned and falling to ruin. Near the farm was an old abandoned civil war era cemetery that according to her, was incredibly scary. She described it very well, and suggested it would have made a perfect setting for a horror movie. It was absolutely surreal. It was totally abandoned and neglected, with weeds and wild berry bushes, a couple broken statues, an old wrought-iron fence and gate, and gnarly, dying trees.

While staying one October weekend with her cousin, they were hanging out with a local boy from a nearby farm. He had just started driving and he had an old pickup truck. Around 10PM, the girl's cousin (who was pretty daring and adventerous) suggested they go visit the graveyard. She described the graveyard scene as creepy beyond belief. A full moon completely illuminated the area. They went through the gate and proceeded a short way inside, then stopped because they were too spooked to continue.

After a few minutes, she thought she saw one of gnarly old trees moving strangely. It was to her left, about 50 feet away, and slightly up an embankment on the edge of the graveyard. She gasped and told the others, and they all began watching the tree. Her cousin and the boy said they didn't see any movement and commented "it's just a tree." She kept watching, and then grabbed her cousin's arm. "I swear it's moving!" They began watching the tree intently, and to their utter disbelief, it actually looked to be slowly morphing into a sort of humanoid figure. Over the course of about 3-4 minutes, the branches became like twisted, spindly arms, and the whole tree began slowly twisting. The boy said "This can't be happening!"

It then began moving towards them very, very slowly. They ran through the gate, jumped in the truck, and took off. The girl and her cousin were too scared to even look back. They were probably in a state of shock. Later, the boy told them he looked in the mirror as they were driving away, and saw the thing coming toward the gate.

My takeaway from this story is that there may be spirits or entities that are very territorial about the places they inhabit.
These things don't like to be disturbed at all, and will frighten intruders away. What I found most bizarre is how the thing took so long to take form. Like it wanted to scare them away, and not harm them. I wonder what would have happened if they had stayed there? I get the impression it just wanted them to leave.

I second this notion.

Also as a 'magickal practitioner' i wonder if a lot of these things are merely astral beings that in our calm or even excited states we can see without meditation and or training?

This why I stay awake through night often. Around three am to four thirty am kept hearing odd stuff like a little girl scream and like a massive growl. Repetitively through summer. So went out torch , hatchet just in case and found nothing.

Hear weird screams or shrieks in early hours from down the farm track all the time. Go and check find nowt.

Definitely haunted area. Funny old world this one alright. I'm quite liking knowing others have had similar experiences.

Trying to get anyone to go with me to check... no chance not like checking haunted houses when we were kids. They were the days.

Despite them being interested in you as you were just passing thru, it sometimes can just be as simple as because you saw them it may have been a curiosity to them. Since not all humans can perceive things out of the realm of "normal".

Or I can be completely wrong an indeed your locality has strange & forbidding Entities on the loose.

Thanks for sharing since it's not like us humans have a anywhere near complete list of all the types of High Strangeness
Entities roaming around.

Geez mate that is scary , I would have peed on my self .