What was your first car

posted on Dec, 9 2021 @ 06:37 AM
link
I was 16 and this was mine. A 1978 Ford LTD Landau.
Thinking back, that thing was HUGE, but I loved it. I kept that car clean, washed and waxed. I remember going on my first date in it with the girl I dated in high school. We went to a drive in movie [ yeah they still actually had those ]

This was a time if I had $20 I could fill that beast up with gas and still had money for a movie, popcorn and Coke. A couple of years later [ and a lot of memories ] I sold her. My Mom laughed at me that day because right before the guy came to get it, I patted it on the hood and said goodbye. She saw me do it and asked me why. I had just broken up with my high school sweetheart, but there were a lot of memories in that old car that I hated to see go, but life moves on. I was going to start work in the coal mines and she was going off to college and we knew a long distance relationship was not going to work.
Believe it or not, it's the only car I've ever owned. For the rest of my life, I've driven pickups. I still have the memories of that car and that girl.

Don't get me wrong, I was in love with that girl, but.....I think I miss the car the most.

posted on Dec, 9 2021 @ 07:04 AM
link
a reply to: DAVID64
FIAT Panda. 45Hp. Synchro rings in the transmission all busted. If the radio went out you had to bash top down on the board above it until it turned on again, I never found the loose connection. At the end of her lifetime, she sounded like a tank because of holes in the exhaust pipe and the cracked manifold.

18 and I bought it from saved money and holiday jobs for 350€. Dead beaten but it had new tires. Tires and rims were almost more worth than the car. It took two weeks then I got arrested for using MCdonalds trays for trying to drift on vacant industrial roads. Backed up on them, handbrake. Was loud as F, stunk because of the shredded plastic...

I would never treat a car like that again.

(not the actual car but same model) 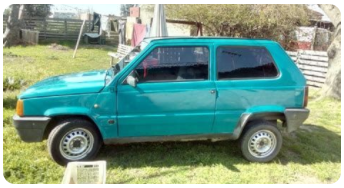 Emotional, it beats the R33 and also the Tycan. I want to get my hands on one again to preserve it for myself/my daughter or selling in two decades.

posted on Dec, 9 2021 @ 07:14 AM
link
A badass maroon (with peeling clear coat of course!) 1990 dodge Daytona with a hard to find 6 cylinder engine. Automatic transmission and headlights that flipped up. That car was fast!

First a 520 BMW, I totally loved it, a burgundy red, 220km/h+ fast, living room.
But the second one was even better, an almost oldtimer Mercedes in orange, with character as they say, a real bitch in winter worse than any other car with that huge ass didn't get around curves all that well when it was a little icy. But so much fun!

Which is funny in itself because now living in a city I developed to be totally anti car.
But I can still appreciate nice design... as long it's not parking where I walk.

originally posted by: MiddleInsite
Isn't this one of the security questions financial institutions use to log in?


Maybe we should start a thread about what your mother's maiden name was and what your dog's name is/was.

What was your favorite teachers name?

What city were you born in?

Did you have a childhood nickname?

LOL, those things couldn't go 60mph if you tossed it out of a helicopter. A guy in my mother's home town had one and we joked that his tractor was faster, he agreed.

posted on Dec, 9 2021 @ 07:26 AM
link
a reply to: MiddleInsite
I think the people are smart enough to not enter the real answer but an alternative if they protect their bank accounts with such an easy obtainable information.

I hope you never filled out school friend books with your personal information either, because if, you should be in fear.

And honestly, everything above 100kmh/60mph was brave lol. Talking? Rather screaming. 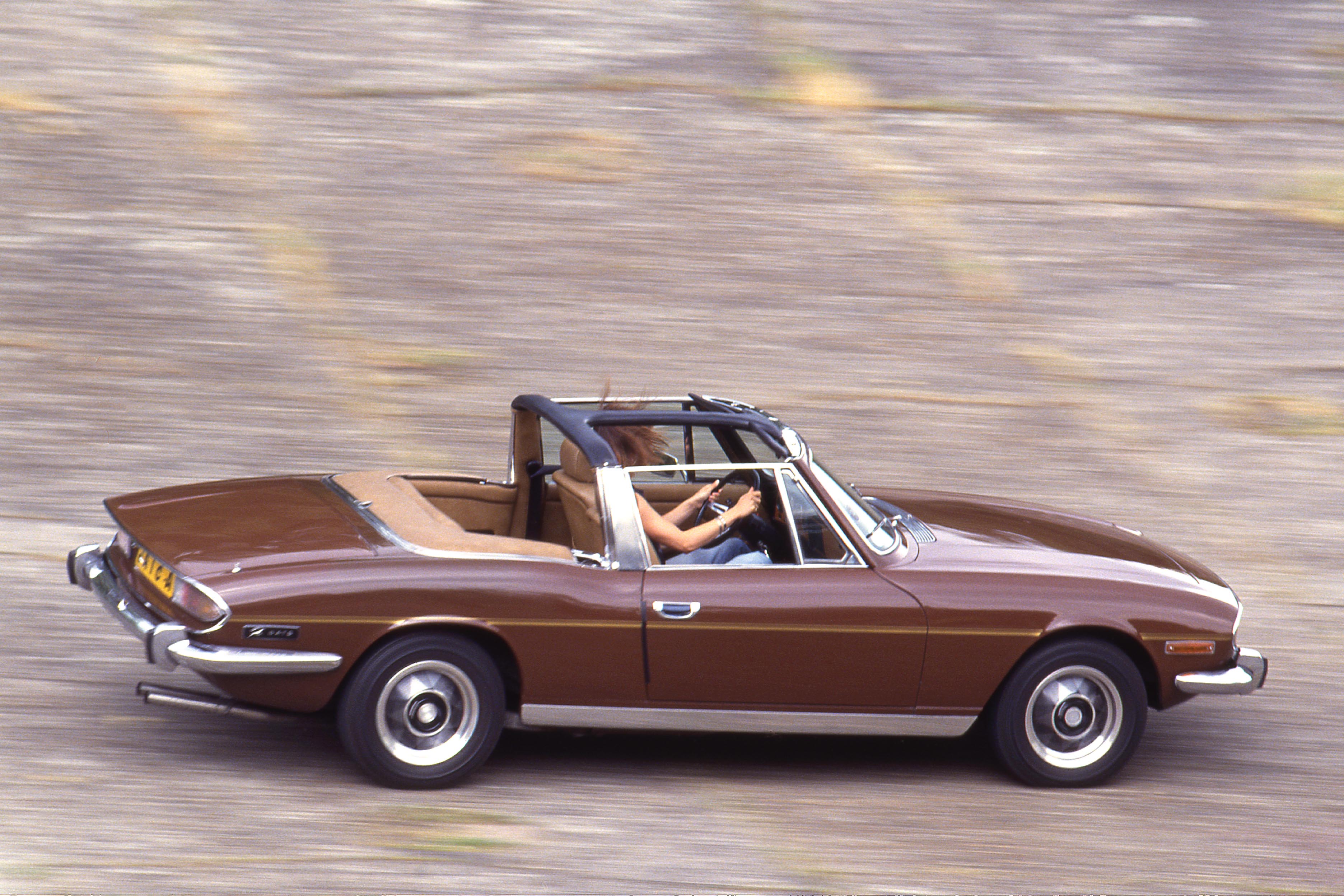 First one I owned which ran was a pretty nice 1970 Ford 4x4 pickup. Bought it off an older retired guy who used it to carry his camper rock hunting. I sold that and got one of my favorite "first cars" for free. It was a 1974 LTD station wagon. All I had to do was tow a boat back from FL with it (to Wyoming). That thing was a battle cruiser! 460 V-8. We named it the "Ghetto Cruiser". Car interior was in great condition, but the exterior was rusted from sitting in FL for a while. I bondo'd it out and rattle-can spray painted it white (it was red to start with). That car would go anywhere, and it would go there at 120 mph too! It could haul all my friends, and still have room for countless cases of beer and a dressed-out elk in the back.

I put a bangin' Pioneer stereo in it, and went all through the suspension and put some bull bars on the front. LOL! Rode like a cloud, drove like a battleship and would destroy anything that got in its way! I was addicted to 7-11 Slurpee's at the time, and the large cups all had a little cardboard coin under the bottom of them with a professional athlete on it (supposed to collect them like baseball cards I guess). I lined the entire inside edge of the headliner all the way around that car with those coins. That was a cool car. People would laugh when I told them I drove an old Ford station wagon, but after they saw it or rode in it everyone always wanted to take the Ghetto Cruiser!

I loved that old car.

originally posted by: MiddleInsite
Isn't this one of the security questions financial institutions use to log in?

I'll bet you probably got beat up a lot on the playground as a kid, didn't ya'? LOL!

Probably the life of the party today too, huh?

posted on Dec, 9 2021 @ 07:52 AM
link
The 1st one dad gave me to go to school, I am not counting that one because I bought one from his shop a year later. I bought a 1967 Firebird with a 305 CC that scratched rubber when I tapped the gas hard at about 30 mph. It had 160 on the Odometer and I drove it 100 on a back country road near my Dorm room one day. Swapped it for a 68 Ford Mach 1 with a bad transmission to slow myself down and had to give it back too the transgizmo wasn't that bad after all! Then I went with a Galaxy until I bought an Escort brand new... That was a great car for a kid fresh out of college.

That 1st one that was free, Dad gave me a Vega GT. I was embarrassed to be seen in it but it was for me.

originally posted by: ThatDamnDuckAgain
Actually in reverse it was more juicy to drive than in 1st

And honestly, everything above 100kmh/60mph was brave lol. Talking? Rather screaming.

If you have real guts you'll drive that thing on the SS163 while passing in the turns.

They drive like crazy down there lol, no way. At least I would blend in

I will never take a taxi there again, the guy we had last time was maniacal.

Every time I searched for this beast the Z28 model would present itself and I definitely did not drive that guy. I rocked the coupe LT model.

Best thing about this car was that you could pull the keys out of the ignition while driving. I assume to ward of any potential car thief's or pimps who wanted my fine 1,800 dollar ride back in 1994 Los Angeles.

The tape deck was outstanding until I crammed a crimpshrine tape in it that just decided to squat exactly like jeff ott.

I present the doesn’t matter what car you drive car cause I still got laid driving this beast as a teenager. 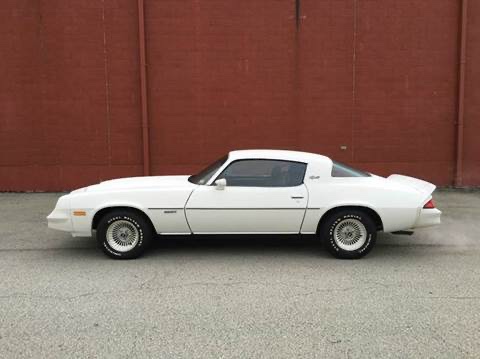