Are the war drums are being beaten, to cover the noise of the collapse of the Covid narrative

posted on Dec, 8 2021 @ 03:21 AM
link
Remember the last time a Democratic President faced a scandal, they started firing cruise missiles and multiple sorties in the Baltics. Isn't it ironic that war concerns seemed much less the last 4 years than they do now? What're the chances Biden really gets us stuck into this Russo/Ukrainian mess?

But this looks like a Russian slam dunk, unless the rest of Europe squeals, or we may be seeing Ukraine pulling Biden strings, didn't a Biden family member make a lot of money in Ukraine. I don't like Russian troop movements but right now it would probably be better to take a wait-and-see approach. Biden's bluster might provoke Putin further, look at the troop differential and what little territory is in dispute. It would take a fairly big move by the American military, without any guaranteed results. 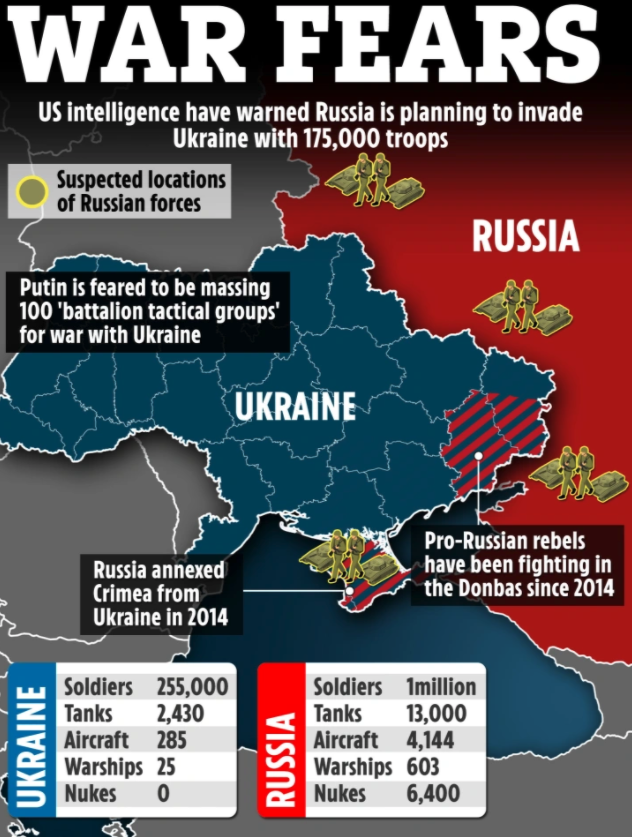 The White House said Biden did not make any guarantees to limit NATO expansion with regard to Ukraine.

"I will tell you clearly and directly he made no such commitments or concessions. He stands by the proposition that countries should be able to freely choose who they associate with," Biden's national security adviser Jake Sullivan told reporters.

posted on Dec, 8 2021 @ 03:58 AM
link
It's likely the military budget is still set to be filled up with what was ended instead of being re-routed back into peace time and recovery from war coffers.

Twenty plus years longest "war" in history that hasn't taken place as purely a philosophical battle.

I don't care what anyone says; The very concept that war can be "holy" is an evil concept, by the very same token.

Here's the future; since all the World War 1 and 2 veterans couldn't let the civil war go first; we got poisoned with it; now cleaning up the civil war poisons and most of the Veterans of world war 1 and 2 are deceased... we still have all the Vietnam veterans that have been show boating and screwing things and people up that have been working on cleaning the Civil war crap up. From what I understand both sides of that conflict (Vietnam) are "Proud"... So whatever.

However; None of those at all added together are the twenty plus years desert business... So you people beating on anything war like need to settle the hell down. My grandfather was still jumpy from the sound of a hammer (WW2) "just let the damn roof leak I can't take the noise unless I'm doing it" A friends dad was jumpy when suddenly being woken up he learned early not to run in there or he'd be thrown across the room. So you or I really can't imagine "battle fatigue" that the current soldiers have been going through. I should feel like a fortunate son; but I don't.

Ive always thought war was bad and Im pretty damn conservative on most subjects, but war and its effects on generations bother me tremendously, even more, so these last 20 years have lost a few friends and even more schoolmates. More that are now struggling with PTSD as well as physical injuries.

When you look at the toll that was paid, it's a perfectly legitimate question to ask and what did we gain from that? I partially knew it then, but believe it more and more every year. The US used it as practice for soldiers and to develop and test weaponry and to make military contractors rich beyond their wildest dreams

all vladhas to do is squeeze te energy to europe and they will pressure biden to back off.

posted on Dec, 8 2021 @ 04:44 AM
link
Ukraine was part of Russia for nearly 3 centuries.
Never fought for independence either.
Outcome heavily influenced by Western powers.
IMF promises and NATO assurances.

ETA: there were many revolutions of sorts for Ukrainian independence dating back to the Polish-Lithuanian Union and sporadically against rule by Austria, Muscovy, Ottoman Empire but not in 1991 after the fall of the Soviet Union. Ukraine was a founding state in the Soviet Union and exerted a strong influence over Soviet Policy until Stalin began the Holodomor to essentially destroy it and push Russification. I did not mean to over-simplify the history of the Ukraine which has been a thousand year struggle going back to Mongol rule and the Golden Horde. As for the Crimea it was taken by Russia from the Crimean Khanate and never was truly part of the Ukraine.
edit on 9-12-2021 by Asktheanimals because: (no reason given)

Wouldn't surprise me with ole sleepy joe at the helm.

posted on Dec, 8 2021 @ 05:21 AM
link
Only a crazy person would attempt to deflect troubles at home by pushing a nuclear power to the brink of open warfare. This is absolutely nuts. But so is open borders, Covid passports, mask mandates, vaccine mandates, massive unchecked spending, elections without ID, ect.

So where does it all end?

What was learned from that? How to end WW2. Germany couldn't get fuel supplies the very same conditions forcing surrender.

See the thing is if conflict does materialise on a large scale and NATO sticks it beak into the mix.

Russia will probably lose the air superiority war once NATO enters the fray with better planes and AWACS capabilities.

Then they will have no choice but to start chucking tactical nukes about else risk their ground forces being taken out at will.

Personally i don't see it being allowed to go that far because the next stage is full blown nuclear war between Russia and NATO which equates to the end of civilisation for the next 10,000 years.

That mess of an "accidental" missile hitting a Ukraine suburb a several years ago didn't spark a civil war... if they were expecting one to occur from it. If it made U.S. news? Not even five minutes were spent covering it through the A.P.

I'm not saying it wasn't an accident by the way, but when people stand to make a lot of money on human casualty and profiteering goes? Civilian lives as in being civil? Don't seem to matter.

Like the "guard" experiments that universities have done as studies. The student "guards" are almost inhuman to the student "prisoners" in their treatment of them in less than a month. The same thing occurs in other jails and or prisons that are real; the prisoners start banding together in an "us vs. them mentality"

There are so many addendum to a "statute" on the state level what was legal or fine last political session on the state/county level? Who knows... but the federal circuit has to review all of them and that takes quite some time. Not having State or District attorneys on the "take" is a boon to all citizens.

Sorry for the tangent, but War crimes not only happen "abroad" like someone heavily trained in martial arts; with nothing to do with it or use it on often times becomes restless. The "All work and no play makes Jack a dull boy". Syndrome.

I dont envision Russia declaring war with the Ukrainians any time soon or in the foreseeable future..

I don't see it myself nether, the Ukraine is to much of a bread basket for a start.

However NATO have access to more than 11,000 military aircraft stationed across Europe.

If those were brought to bear, Russia cannot stand against them and will inevitably lose air superiority then subsequently the rest of their forces and infrastructure soon afterwards.

A war in the Ukrainian is simply to far past the mark and makes very little sense as long as Russia has 6,255 nukes tucked away and targeted and just about anything and everything of importance.
edit on 8-12-2021 by andy06shake because: (no reason given)

A great video on the stupidity IMO youtu.be... 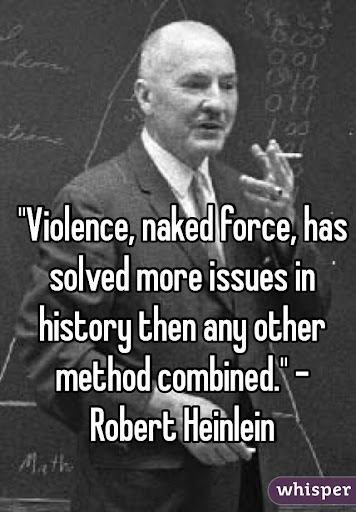 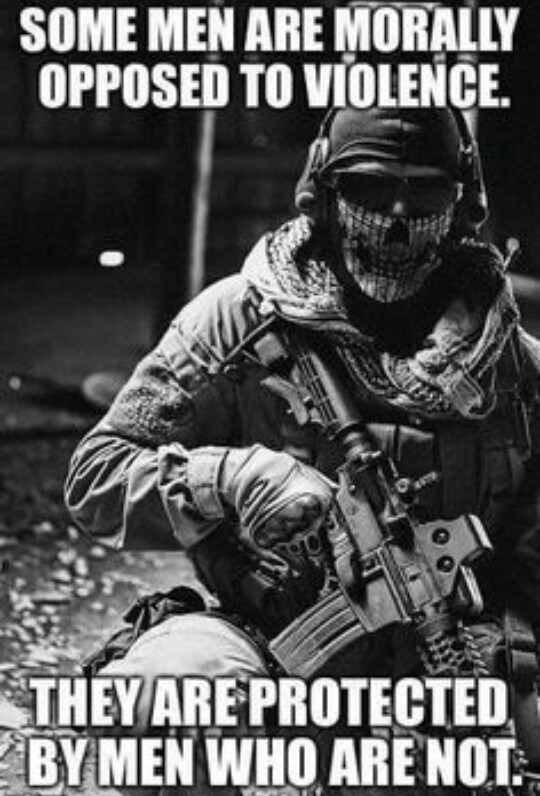 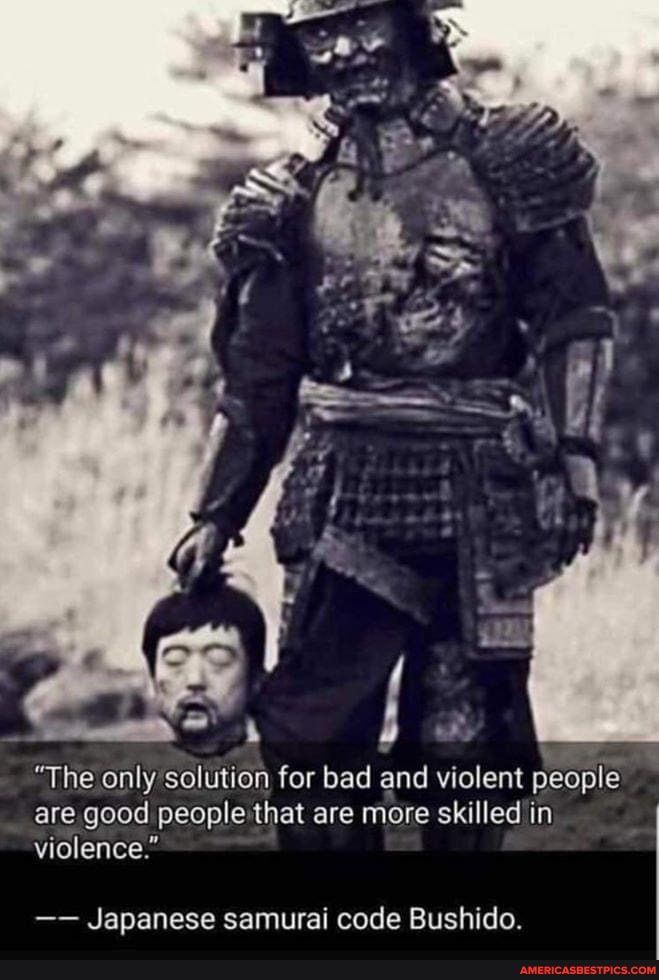 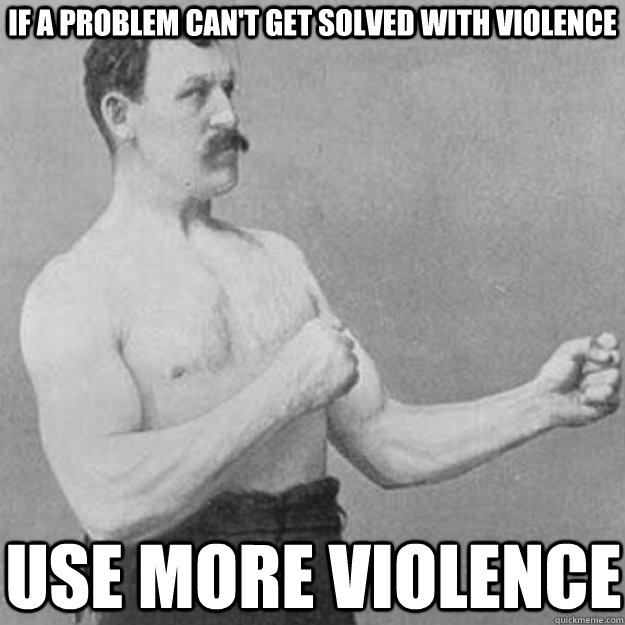 Where i hail from Riouz5 just one Russian Satan 2 ICBM with accompanying warhead payload could blanket our island in nuclear fire from top to bottom and their is not one thing we could do to stop them.

Granted we would respond in kind via our own sub launched ICBM which could also not be stopped.

But in that kind of scenario nobody is really apt to win but rather just lose and die more slowly.

It would be a mugs game to play with not may tales to tell or spoils to be had.

US and NATO - Want the Ukraine as a buffer

If we are playing chess, what is a logical outcome other than peace and not countries get invaded:

1st - open the door for Israel to attack Iran. NATO will allow it however, they trade the Ukraine for this. Iran’s Nuclear abilities are bombed out of existence.

2nd - the Ukraine goes back to Russia with no shots fired, token resistance maybe.

3rd - China goes after Taiwan. Russia sees the need to attack the Sino-China border as part of the deal to get the Ukraine. India buffers the western boarder to help divide Chinas land forces. The US and NATO take control of the South China see after several exchanges with the Chinese Navy. China backs down under pressure from Russia, India, NATO and the US due to the imminent collapse of their economy and their inability to wage a protracted war on multiple fronts. Under this war footing, companies remove work from China and stop buying China made products. Resourcing goes to India and Mexico. During the fighting, Main land US suffer damage along coastal cities from Chinese Sub attacks. Hawaii is attacked again and is heavily damaged. Pakistan attacks India but is rebuffed soundly.

4th - North Korea attacks South Korea to help deflect NATO and the US away from China. This fails miserably due largely to North Korea’s inept military and faulty military equipment. Kim Jon Un is killed by his generals and talks start about reunifiying Korea.

posted on Dec, 8 2021 @ 08:04 AM
link
Yea I get all we can win BS, this isn't 5 years ago BTW. The socio-political climate was completely changed, Obama's quote about Biden was made what 8-10 years ago? do we think he has got better with age?, he can run around crapping his pants when he talked to the Pope and it's no big deal, just a smelly faux pau. Doing so while negotiating with Putin, hell honestly Russia might realize and certain military advisors damn sure believe if Russia will ever beat the US now is the time to do it, with Biden at the helm.

We have to ask ourselves how correct are the atomic scientists' bulletin, is it just propaganda fluff or is it a concern we were at. Do we think it got better or worse since January 2021? more importantly, what do TPTB believe? It will be very telling if the 100 seconds was just from the 1/6/21 aftermath, if so it may go up, but I suspect it doesn't go up much and it may plummet.

If this isn't a bell-weather for the potential for war, from our most intelligent. perhaps they ought to stop doing it. Cause I can guarantee there are nimrods that probably vote based on this because it comes from the minds of today's "Science" and they could be completely wrong 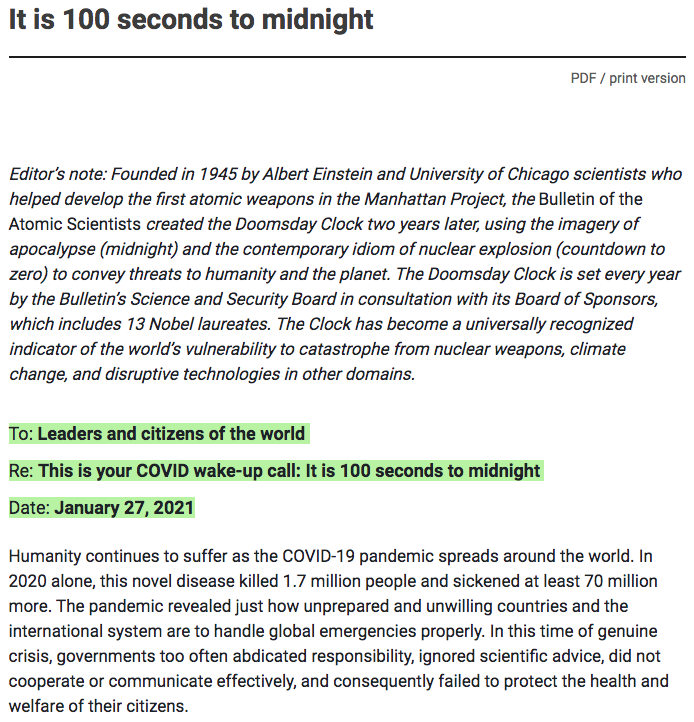