This is it, ATS

posted on Dec, 8 2021 @ 02:09 PM
link
After reading all the nonsensical back and forth over the last few days, I'm drawing the conclusion that no one has a clue as to what's really going on. But if I had to pick a theory, I'd go with this idea of a mass migration into digitization as the most logical explanation of where the future of humanity is headed.

originally posted by: cherokeetroy
The elite are unified in their belief that the planet needs to be saved by reducing carbon emissions. I don't know if they truly believe in this crisis or if they are using it as the catalyst to usher in the era of Human 2.0: The merging of humans and technology through cognitive and physical augmentation. There is a depopulation agenda but not by extermination. There may be some culling but the real plan is more of a mass migration. They want to herd humanity into a new, simulated digital reality which can be accessed through the portals of VR/AR. One of the steps is to congregate everyone into large urban communities--smart cities. Which will also be 15 minute or 20 minute cities. The goal is to make everything that is required for survival accessible within a 20 minute radius of your home. They are conditioning humans to curb the need or desire to travel long distances.

The 4th Industrial Revolution will roll out advanced tech including ai/robots that will take over many jobs giving people an abundance of free time. What will humans be expected to do with their free time without the ability to travel? Explore the Metaverse. Create your digital avatar, buy some digital real estate and set up shop. Start building industry for your new virtual life.

I don't know how long the change over will take but at some point a certain amount of humans (or maybe all humans) will be chipped and their brains will be fully equipped to serve as the motherboards to power the Metaverse or the Omniverse or whatever they choose to call it. These humans will make the transition to be fully immersed in the digital world which will serve as another reality running parallel to this one. People will project their consciousness through their digital avatar just like in The Matrix. Advanced sensory technology will allow them to taste and touch just as we do in our physical bodies.

By that time, I don't know if the elite will still share planet Earth with a reduced population of humans who will be utilized as slaves or if they want to hoard this planet all to themselves and they simply farm humans to power the Metaverse where our consciousness will be trapped like Genies in a bottle.

posted on Dec, 8 2021 @ 04:39 PM
link
a reply to: gmx0010110
I would be inclined to agree that is probably end game. But currently there's no way to pull that off with the entire population. Not enough resources, so a reduction is in the cards.

Looking at the supply chain, the lack of this and that material to build evs and other things support that theory that there is not enough resources to do that "for everyone"

But that scenario follows a movie I recently watched, and those people had next to nothing and even worked in the meta
edit on 8-12-2021 by BlackArrow because: (no reason given)


On June 13, 2019, Klaus Schwab, President of the World Economic Forum (WEF) and UN Secretary-General António Guterres signed a partnership between their two organisations. This was done without any direct media attention despite the tremendous implications this poses to humanity. By and large, this means that the power over our lives with a stroke of a pen has been transferred to the big global corporations and their owners.

Funding for the UN Agenda 2030

The agreement also states that the WEF’s fourth industrial revolution is an important component in implementing the agenda. Digitisation is seen as the key. 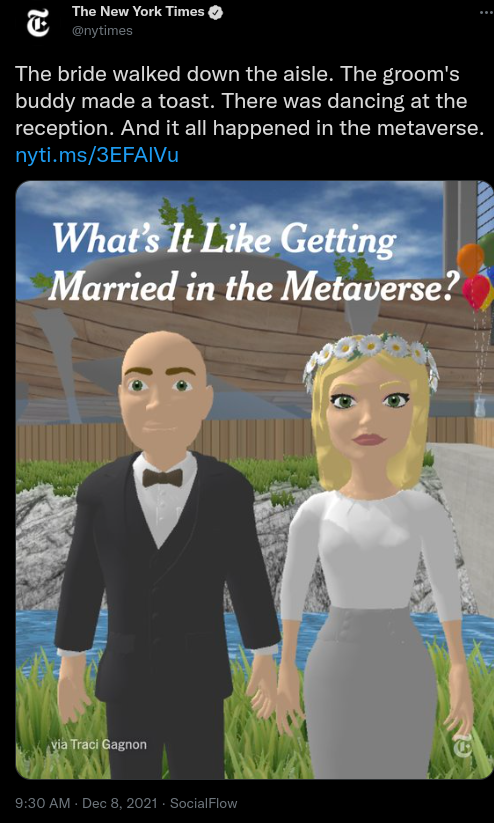 edit on Wed Dec 8 2021 by DontTreadOnMe because: (no reason given)

posted on Dec, 9 2021 @ 11:02 AM
link
Nothing to see here, just China banning vasectomies because they're desperate to stop the drastic reduction in pregnancies...

It could be a thing women do when they think if they bring another human in it will just end in misery, it happened in the Congo under the Belgians.

1. Everything is normal and we are in a pandemic.

2. We are in a pandemic but corrupt industries are knowingly poisoning us in the name of profit.

3. It is bigger than money, and includes almost everything that fulfills the great reset. The population is too large for the earth to sustain in the manner we live now. We have globalist overlords who will save us from ourselves by fulfilling the prophecy of the Georgia guide stones.

Now given the whole principle of Occams Razor, that third one is very easily dismissed (hell even typed out its 3 times larger than the one preceding it). And when you then go with the notion that the larger a conspiracy gets the number of people required to be involved and therefore potential whistleblowers grows larger and larger, number 2 starts to become very untenable its self...

Which leaves number 1 as the greatest likely outcome.