This type of thing has been happening for years with religion so I guess it's normal behavior.

The easiest way for this movement to work is to require all businesses to list the race, orientation and pronouns of their owners .. you know, to eliminate any confusion....lol

People are really going to be pissed when they realize their 401k makes them owners of this or that business....

posted on Dec, 1 2021 @ 07:37 AM
link
For rice, I go to Asian markets. Has nothing to do with race. Just I know they have what I want. But all grocery stores sell a variety of rice. Maybe even a black owner of the store, who gives a fly heck these days.

Yeah, the guy I buy my gas from is Hindi.
I use the Mexican and Asian groceries for my ethnic needs.

Not sure why people insist on being equal but have to draw lines to show the differences.


The easiest way for this movement to work is to require all businesses to list the race, orientation and pronouns of their owners .. you know, to eliminate any confusion....lol

People will always gravitate to the business approved by their leaders. Just another surreal aspect of free enterprise and capitalism.

Personally I will only buy American, union made products. I don't care who sells them but prefer mom and pop operations.


That's a great start.👍
I'm sure many Christians and atheists like myself will find those lists useful.


Now do the rest.

You get my business because you have what I want/need, not because of your ethnicity.

Demanding I shop at ethnic stores because race? is a good way to make sure people with actual ethics say "# you, hard pass."
edit on 12/1/2021 by Nyiah because: (no reason given)

originally posted by: Bluntone22
a reply to: olaru12


That's a great start.👍
I'm sure many Christians and atheists like myself will find those lists useful.


Now do the rest.

But I'm a hypocrite. I buy my cheap booze in Mexico. This stuff is great!!!

I agree.
That's why I buy my gas from the same station whenever possible. The guy has great service with a clean store.

I'm not going to avoid the place because he's foreign born.

No, I don't want more.
Although I do want products built with union labor listed as such.

Besides...
The articles listed are not referring to large multinational auto manufacturers that already list county of origin and whatnot.
They are talking about the local dealership though like saying use the black owned dealer.

Or in the case of your industry, black owned theatres.

And the irony in this is totally lost. I bet these same folks claim to think MLK was a great man. And they would just have that stupid look on their faces when confronted with the reality that they are directly in opposition to what he taught and what the civil rights movement was all about.


This is regression in it's most pure and unadulterated form. I have joked in the past that we will see "Black only water fountains" and "Black only seating", in the near future. It's just not funny anymore.

How do BLM have money for a Black Christmas?

originally posted by: Bluntone22
a reply to: olaru12


Or in the case of your industry, black owned theatres.


My industry is controlled by Jews, I thought everyone knew that.

Lots of steins and burgs for sure 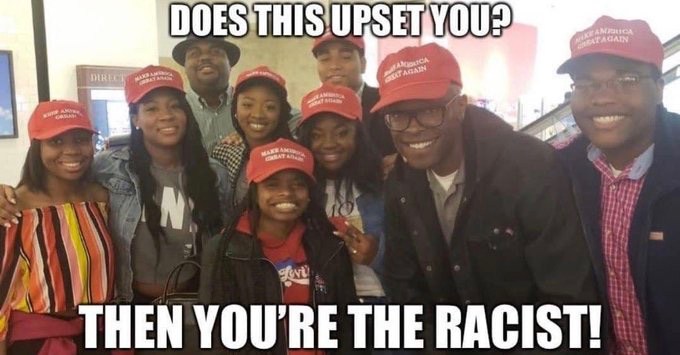 Hoping All family Business's do great - Regardless of Race Sex or Gender - - it makes America Strong - United We Stand divided We Fall ....

posted on Dec, 1 2021 @ 08:35 AM
link
This nothing new. The Company I work for has to justify that it uses so many woman owned and minority owned businesses as vendors or certain Governments and Companies won't do business with them. The alphabet crew is pushing to get into this as well.
edit on 1-12-2021 by JIMC5499 because: typo

originally posted by: musicismagic
For rice, I go to Asian markets. Has nothing to do with race. Just I know they have what I want. But all grocery stores sell a variety of rice. Maybe even a black owner of the store, who gives a fly heck these days.

but does a normal grocery store sell, several TYPES (not "brands", but actual different kinds/varieties of rice)? seriously until i moved to Asia, i had no clue there were so many different types of rice. where in North America a grocery store "might have" half of a 4 foot shelving section for "rice", in Asia, you likely have several full, four foot sections of rice. not to mention all the "bulk rice" section, with several different types, as well as 50 kg (110 lb), bags of rice. (sadly no 5 or 10 lb bags of potatoes, those are only normally found as packages of 2 or 3 small potatoes per bag).

that is why so many people with roots in other countries shop at "ethnic grocery stores" when they can. since those stores are far more likely to carry both products and brands from "home", then in a "normal grocery store" (and yet will not find near as many "North American standard products"). and it's not like you can really add all those "ethnic products", into a normal grocery store. to even think about doing so, you would need a store the size of a big Wal-mart supercenter, that is ALL just a giant grocery store, with just having the same amount of products on the shelf per type and brand as a normal grocery store. seriously in Asia their big grocery stores only have a few "american" products and brands. everything else is completely unfamiliar brands, and completely different products. never have managed to find anything other than soft tortillas (used for their own different foods), to make fajitas for example, even though several restaurants make their own quasi fajitas. want a good dill pickle? good luck with that.

so i can defiantly understand shopping at "ethnic grocery stores". but doing business ONLY in stores and businesses owned and/or run by "certain races", is just a rather large bit of [I]"RACISM". but then again we shouldn't be surprised at a racist group like BLM, and their "liberal" democrat allies, being so racist.

My shop closed despite being white as rice. But we have reopened in a new location with new inventory. Doing well, people seem to have some discretionary $$$$ once again. Glad we could open before Xmas it's a make or break for many small boutique ops.

Thank you NMgovt. for the assistance!!

I'm not changing my shopping habits.
I did try to use small local businesses during the lockdowns but not for any other reason than keeping it local.