US:all options are on the table on Ukraine?

When you go round sporting colors that have the design of the 2nd SS panzer division, and the the nazi black sun as your battalion colors, and unit patch your a Nazi. And none of the bull# claiming other wise is gonna make anybody believe any different. 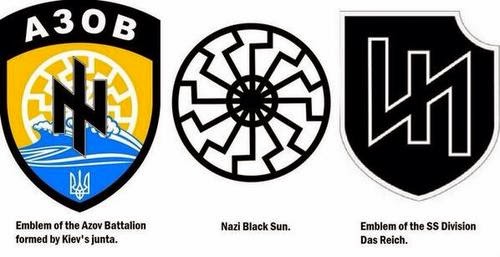 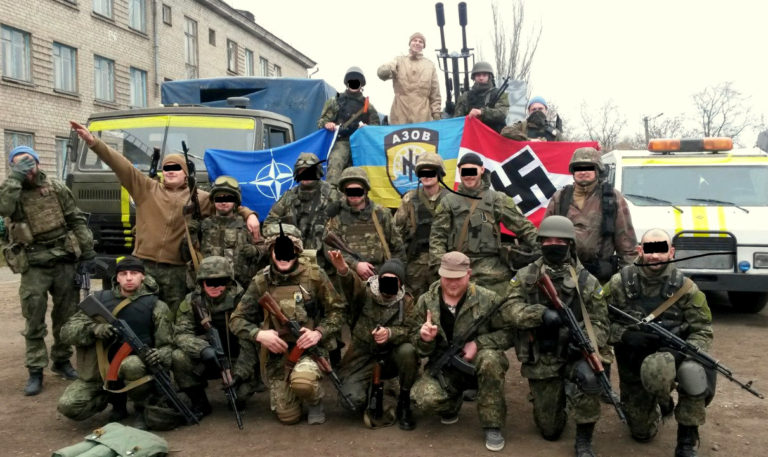 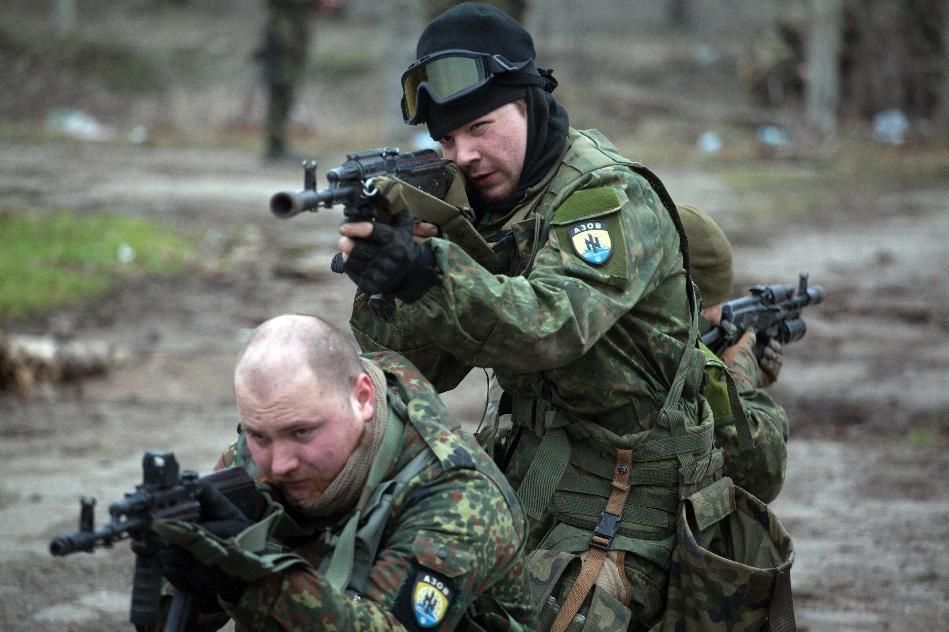 Not only that the founder of AZOV was the Founder of Patriot of Ukraine which was part of the Social-National Assembly political party. Both were known to be involved political violence against ethnic minorities and political opponents.

The former leader of the neo nazi collation Right Sector was made top advisor to the commander-in-chief of the Ukrainian Armed Forces.

But nah their not nazis.

Hey I got a bridge for sale want to buy it.

oh yeah...potus 46 and son (hunter) are favoring the Regime Change in Ukraine, all option on table (tactical atomic/nuke ?)

they already got their pay-0la transferred into western hands nicely


makes you wonder if Ukraine is telling Biden that if he doesnt help them against Russia that Ukraine will spill all the secrets about the Bidens dealings.

Later today, Joe Biden and Vladimir Putin are having a virtual/online "summit".

Smart U.S. pundits say Putin chew Biden up and spit him out: www.foxnews.com...

Russian pundits say Putin will chew Biden up and spit him out: www.thedailybeast.com...

President Biden gave Russia the green-light to supply Europe with all the OIL they want.

President Biden let Russian proxies enter and control what they want in Afghanistan.

President Biden will demand that Russia not invade Ukraine, as they're actively preparing to do. But Vladimir Putin knows Joe Biden has no stomach to put muscle behind his demands.

ON THE FLIP SIDE, maybe it's better if President Biden simply keeps America out of it?

BIDEN and PUTIN began their "summit" at 10:00am Eastern today.

One thing we're learning is that Joe Biden is IGNORING the #1 human rights abuse.

Putin can't wait for Joe to shut up, so he (Putin) can relax for the evening. It's late there.

He probably doesnt even realize he is talking to Putin. He thinks he is watching another episode of Captain Kangaroo with Mr Green Jeans.


He probably doesnt even realize he is talking to Putin. He thinks he is watching another episode of Captain Kangaroo with Mr Green Jeans.

Has there been any updates since this summit occurred this morning?
edit on 12/7/2021 by carewemust because: (no reason given)

posted on Dec, 7 2021 @ 02:26 PM
link
a reply to: carewemust
I noticed the propaganda is talking about if and when Russia will invade Ukraine. Russia isnt going to Invade they will go and defend, protect the Eastern Ukrainians who might be forced by Kiev to be send back to Russia if Kiev sends a huge military force in Eastern Ukraine to threaten them.

Kiev already had banned the Russian language in some places. Russia already stated that they have their own red lines.

If i were in the Biden admin i wouldn't be the one threatening anyone right now not after such a failure in Afghanistan. It would go to show that America would just abandon countries if they want to.

This is the same AZOV Battalion that some European, Canadian officials still want to continue to have talks with.

Theres not alot of info really about what was said other than:

In a statement after the talks, the White House said: "President Biden voiced the deep concerns of the United States and our European allies about Russia's escalation of forces surrounding Ukraine and made clear that the US and our allies would respond with strong economic and other measures in the event of military escalation.

"President Biden reiterated his support for Ukraine's sovereignty and territorial integrity and called for de-escalation and a return to diplomacy."

The White House said the two presidents also discussed "the US-Russia dialogue on strategic stability, a separate dialogue on ransomware, as well as joint work on regional issues such as Iran".

Moscow has so far not publicly commented on the talks, publishing only a brief statement (in Russian) that the talks were held on Tuesday.

originally posted by: HawkEyi
a reply to: Nexttimemaybe
MSM paints Americans Right Wingers, others in America as Fascist, Neo Nazis while they ignore the arming of actual Neo Nazis in Eastern Europe.


it seems we supported them before in Germany to some extent.

posted on Dec, 7 2021 @ 02:49 PM
link
a reply to: TomCollin didn't Russia support right wing nationalist in the Serbian war? Just saying it goes back to befellows sort of s??t. Russia wants old Russ ground but if we give it to them Chicoms will point to the island


What's with the Western's obsession with Ukraine and its Fascist past?

Are they exploring the enemy of my enemy is my friend angle? The Nazis or the Russian gas man? Im not sure why the US cares about helping Ukraine except just to keep Russia from getting it..