Honestly, this is whole problem with the idea of hate crimes to begin with. There is the underlying bias or assumption that certain groups are more prone to attack other ones out of animus, so when crimes happen between those groups that seem especially heinous or have unclear motives, we jump to hate crime.

But when the converse is true, then no one applies the label because that sort of thing just doesn't happen.

CNN, MSNBC, and others speculated he was fleeing a crime (implying the massacre was simply an accident), turns out it was a domestic disturbance he was fleeing, but even so:

aim your vehicle directly at Grandmothers and children, (again slowing you down so police can catch you)

and injure 12 more and not slow down but speed up?

And this is not a hate crime, ok, well that is how it is in the US today. Racial hate is encouraged by so many insisting that history proves that white people are evil oppressors (CRT) and are inherant systemic racists (the political left says this often). That is life in the US. He'll probably get off on a charge of mental illness, if not and he is convicted, expect BLM to make him into a hero and rioting and looting will take place in major cities around the nation on his behalf.


originally posted by: Archivalist
Still not a hate crime.

The mere action of killing someone of another race is not a hate crime.

These days merely disagreeing with someone of another race, gender or identity can be constructed a hate crime.

For once, your take is in the ballpark.

I think, with the insight you guys have on China, maybe one of you using the AaarghZombies account should start a thread on how "social just warriors" and racial agitators, heck even "other people" of non-sanctioned identities (Uhigurs) are dealt with in that country.

The fascinating part of it all is that people don't seem to get that China is, in essence, the vanguard of the One World/NWO agenda, and their system and society is where that crowd wants to take things. A poorly kept secret is that in China, anything related to social justice or identity/inclusion politics or racial activism is crushed with an iron fist, rolled over by a tank, or if you're, lucky, rendition to a camp to await your organs to be harvested. A critical thinker would put 2 and 2 together and consider, when the Great Reset/One World scheme nears completion, there will no room in the Brave New World for social agitators or those who "rock the boat", particularly when it comes to identity politics and other divisive subjects.

That's why it's laughable that many in the BLM organization consider themselves "trained Marxists". The definition of useful idiots: carrying out plans for people that will simply dispose of the BLM members/sympathizers when their usefulness is over.

Honestly, this is whole problem with the idea of hate crimes to begin with. There is the underlying bias or assumption that certain groups are more prone to attack other ones out of animus, so when crimes happen between those groups that seem especially heinous or have unclear motives, we jump to hate crime.

But when the converse is true, then no one applies the label because that sort of thing just doesn't happen.


I get what you're saying, except the statistics on inter-racial violence leave no wriggle room for one to take such a position. It's just another example of mass delusion and brain washing that this country has fallen victim to.

We no longer call a spade a spade: we have been conditioned, when one sees a spade laid on the table, to observe that the spade is really diamond.

No, and I understand what you're saying. People kill because they hate for one reason or another, and hating a person's race is as good a reason as any. Again, the problem is that we've all been taught the only certain races hate certain other races, so when the truth rubs our noses in it, we all want to look away.

Black people can't hate white people like that because the narrative doesn't allow for it, but that's BS. Human nature dictates that anyone can hate anyone for any reason, and blacks are human too.

posted on Nov, 25 2021 @ 09:23 AM
link
You must equally agree Trump did not incite an insurrection on January 6 based on your previous statement.

originally posted by: Archivalist
Still not a hate crime.

The mere action of killing someone of another race is not a hate crime.

It might make some people unhappy to confront this, but...

It's a slippery slope.

The only way you could justify charging him with a hate crime is if you have judicial examples of similar situations, that reached a conviction.

Otherwise I wouldn't touch it with that.

Unpopular opinion, but our legal system works on both legislation and precedent. We have to prove the precedent or support the charge beyond reasonable doubt, with evidence.

His past Facebook posts are circumstantial if he has not publicly copped to a hate crime motive, or used any identified hate crime speech.

(What do the federal hate crime laws directly identify as hate speech?)
(Did he use any?)

posted on Nov, 25 2021 @ 09:25 AM
link
Interesting how there there is an institutionalized narrative that attempts to justify feelings from one race towards another, yet that same narrative can not acknowledge it’s own role in furthering these issues. a reply to: ketsuko

So he loved those people enough to run them over and kill them. Got it. Crimes like these are full of hate, don't care how the law states it. They should tell the parents of the 8-year old that this wasn't a hate crime.

originally posted by: Enduro
6 people dead and 60 injured and they give this guy bail? I don’t care if it 10m or 20m. No bail! I don’t know the laws in Wisconsin but that sounds like a crock of sht. I wouldn’t put it past leftists and MSM getting this guy bailed out.

And there's already more than one funding effort underway to get him bailed out and released !!!🤣🤣

Sigh...
Sad state of affairs when someone like myself needs to watch where I go and do.
Lucky for me I live in a place where nobody will tolerate that kind of behavior.

I've never had to carry protecting in my daily routine. I really don't want to start now. I'm older, less capable, and just want to be left alone. 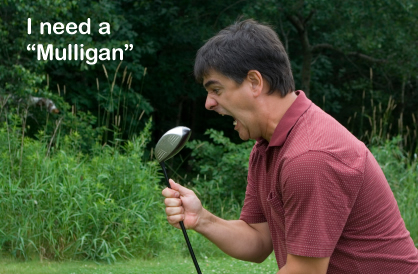 So what do we as a whole of ATS going to do? Constructively?

At some point we either kill eachother out of stupidity and rage. Or we grow the F up.

Oh no, not anti-Trump statements

The murders he committed and attempted murders are far worse crimes, but i posted his hate for Trump as evidence that this man is a leftist/far leftist, but of course you have to attempt to make light of his statements which shows he is one of yours BLM, Antifa type criminals.

Why? You don't like people showing how these criminals are as anti-Trump as you are? You don't want to be reminded that they use many of your democrat/socialist/communist arguments to commit the murders and crimes they commit?


originally posted by: IAMALLYETALLIAM
I find him as a black nationalist being pro-Hitler quite interesting, the more we learn the more mentally ill and erratic this piece of it sounds.

If people like you actually read what "white nationalists" are in favor of you would find that they are very socialist and would vote for many policies democrats/socialists/communists want to implement. Yes, they also are in favor of not allowing ANY foreigners to seek refuge in the U.S. but that does not make them right-wing when they are pro socialism/communism.

i have made threads in which I have proven that the last few so called "right-wing white supremacist" mass murderers are in fact left-wing socialist/communists.

These murderers have posted how "climate change is so bad hence we need less people" and used that as an excuse to murder people.

For crying out loud, look at democrat cities after democrats stole the 2020 election. Crime, murder, looting, robbing, etc has increased to levels never seen in the U.S., and it will get worse as democrats/social democrats/socialists/communists continue to seek to make it easier for criminals to commit crimes while making people who defend themselves against left-wing criminals into the "bad guy" like they did with Kyle Rittenhouse; or the couple that had to bring out their guns when Antifa, BLM, and other far leftists broke into their property and told the couple they were going to murder them and take over their house...

originally posted by: The2Billies
My take is that when he is found guilty:

1. BLM will start rioting, looting, assaulting people, burning cities all over the US, comparing it to Rittenhouse and saying racial injustice was done.

3. Biden will never condemn him, nor will he ever give sympathy to the families. He hasn't done so yet and probably won't like most Democrat politicians who will stay silent about the Christmas Parade Massacre but condmn Rittenhouse.

I have to think that this guy has gone too far and the left/progs will not defend him.
I'm sure he'll always have a few in his corner.
I think the left in general will just look away from the whole thing.

I switched from a .40 to a 9mm for daily carry. Way more accurate.

originally posted by: crayzeed
How justice works in America at the moment Brooks wont get what he deserves. Black or white, makes no difference, he used a car ( a weapon) to kill multiple people intentionally.
I think he aught to be let out on bail because if he's inside no one can get at him.
Did you know that thousands of people go missing in America every year and are never found. I'll leave it at that.

put him in the cell block with real white supremacist's.

If anything in this life is certain, if history has taught us anything, it's that you can kill anyone. Michael Corleone

originally posted by: Enduro
6 people dead and 60 injured and they give this guy bail? I don’t care if it 10m or 20m. No bail! I don’t know the laws in Wisconsin but that sounds like a crock of sht. I wouldn’t put it past leftists and MSM getting this guy bailed out.

No, respectfully, the guys own social media says he hates White people and especially old white people. He apparently thought that driving through a holiday parade was the best way to accomplish his goal. Perhaps his car is the only weapon he had access to.