Fauci suggests Americans will need boosters every six months: “We’ll do it"

I agree at this stage telling anyone is just causing stress.

They have realized your only chance of life is to take these boosters forever to prop up a failing immune system. But I would imagine chaos will soon overtake this Eugenic fantasist and they will have nothing but ashes to squabble over.

If Soros, Gates and other get their way and 70% of the world population dies within the next few years. That means they will not have servants anymore. They will have to learn to farm, they will have to learn to repair their own personal "grids". The internet won't be able to function without enough people to repair the components. They won't have any "polluting" energy or even wood to warm their homes, and they better be prepared to make parts for and maintain their own power sources and parts for everything they own. With their eugenic dream come true happening so rapidly, the world will be forced to revert to a Middle Ages lifestyle. Imagine, 70% of all farmers dead, 70% of all food processing and transportation people dead, 70% of all repair people and those who manufacture parts dead, 70% of all surgeons and doctors dead - and those left alive spread all over the globe. Plus those left alive are the rebels who don't and won't ever trust or even tolerate or help the elite class who dreamed up this genocide and will at best leave them alone to fend for themselves or at worst to hunt them down in anger.

I hope they aren't this evil and that the above never happens nor was planned as some suggest. But if it does those who planned it will be in worse trouble than they could ever imagine. Even if they store enough for their lifetimes, they have condemned their children and grandchildren to relive the Dark Ages and suffer greatly. So I hope the above scenario is not going to happen and is not the direct and planned result of the vaccines.

Without the research and development, there'd be no plandemic that forces healthy people to compromise better judgement.

Nor a needle jab to convince them they are. 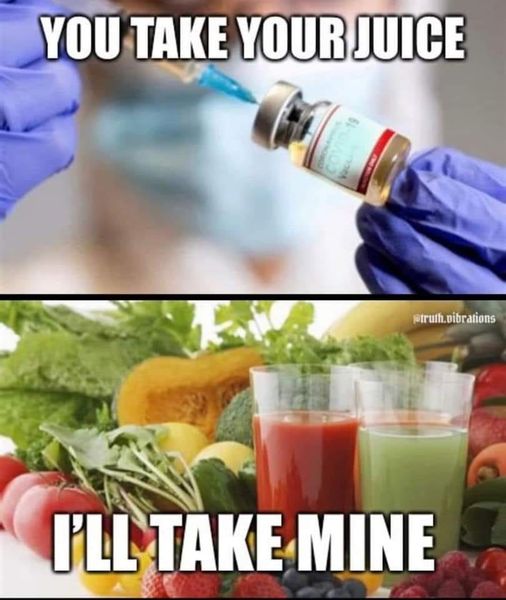 
The experiment is not over by any means, the brain required a fair share of nanos for the real experiments to start, that will be either frying the brain in an attempt to use brain manipulation in a big scale.

I guess what is in the jab is cumulative if you can survive the overload before going crazy.

originally posted by: HawkEyi
It appears that Booster Shots for the Covid Vaccines would be coming. Fauci on NBC stated that they would be doing the booster shots for every six/five months.

The Booster Shots are coming along with the Pfizer Pill. This wasn't a surprise. They lied to the vaccinated that only two doses were necessary and recommended.

How are these booster shots based on any science/data?
suggests Americans will need boosters every six months: “We’ll do it"

Yes, it's based on science.

Viruses entering a population have a certain spread rate. If you can isolate early cases and identify how it's spread and persuade people to avoid that action, you have a good chance of controlling it. What you want to do is stop it from getting into a wide population and running wild and mutating. Isolation and vaccination are what works.

"Herd immunity" via having people catch it is a good way to encourage mutation and new strains. Vaccination immunity is like giving herd immunity level protection without giving the virus a chance to mutate.

Once it starts mutating and has multiple variants, you can only play "catch up". It won't go away. This is why we have seasonal flu shots and why the common cold (Per Wikipedia over 200 different mutated viruses that cause the cold) isn't eradicateable at this point in time.

Current Global Hot Spots (11/22/21) are in the wealthier countries... countries that have a lot of travel and high population centers and global interaction (as opposed to, say, the Sudan, where travel is more difficult, there's not a lot of international airport traffic, and there's a lot more isolated rural areas) suggest that we'll see another wave of variants and another dominant strain (other than Delta) coming out of this winter season.

There will be variants that will hit people who have already had Covid, as well as those who have been vaccinated.

We're seeing protests against lockdowns in Europe (where the virus is ramping up quickly), so I anticipate the next variant of concern (similar to Delta) will emerge there.

Australia and New Zealand (and probably China and the Far East) will be spared most of this because they do restrictions and lockdowns.

But... tl;dr... Fauci is right. It's going to keep coming back in a thousand different varieties and a this point annual booster shots will be needed.


"At first, there was an initial rise, but it falls quite fast. It will be a nightmare scenario."


same courve than the HIV vs antibodies. first initial rise, and then the antiodies goes down and down inclusive in the symptoms phase.

and when the antibody is down, the HIV shows enter the symptons phase, HIV grows, antibodies going down.

immunodeficiency in both cases..

" Fauci is right. It's going to keep coming back in a thousand different varieties and a this point annual booster shots will be needed."


Hmm... Somehow I am Wondering about the Origins of Covid-19 and Dr. Fauci . He Is Part of the Cause and the Effect . Some of Us Will Never Forget that . Fauci and his " Handlers " are the ENEMY that Must Be Neturalize for the sake of Humanity . That much is Evident to me now .