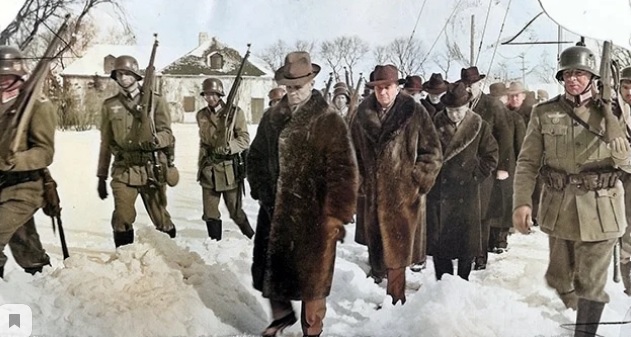 In February 1942, a controversial anxiety was heated over Canadian Winnipeg, followed by several explosions. The fascists took several hours to get from the downtown to the city center.

Canadian troops, those that were in stock were forced to capitulate. Representatives of the local administration were arrested. Their place was taken by Gaulyater - Erich von Nuremberg.

A circulation of one of the local newspapers was devoted to fire, and the editors were renamed. Moreover, the soldiers broke into one of the local restaurants, kicked out from there visitors, filed a place, without paying.

Vehicle owners reported that they are obliged to transfer all cars, trucks and buses for the needs of the German army. Flags, respectively, were also replaced. The city of Winnipeg himself began to be called Himmlerstadt, and the main street - Hitlershtrasse.

Near the Central Library "Ocportants" divorced a fire from books and buried around him - it was pretty cool on the street, -8 degrees Celsius. 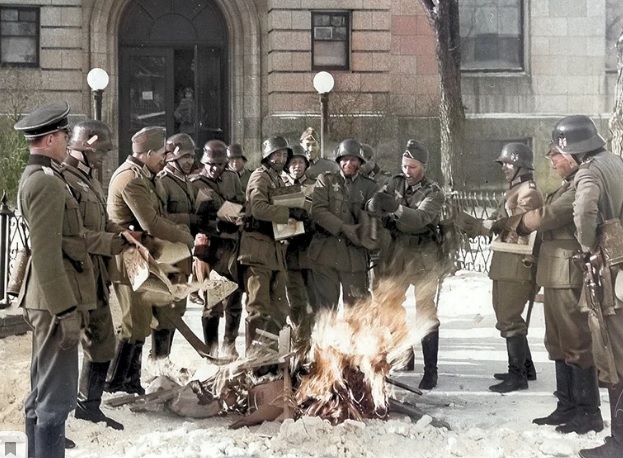 Then the parade took place, the radio earned - the "Swastika over Canada" program was going on and the speeches of Hitler were broadcast. Then the "Nazis" took up robbery. The first goal was ... A police station from which several bison fur coats were made.

"Occupants" also did not disperse ordinary houses that they liked, putting everything they liked. In the meantime, patrols stopped buses and checked those who followed them ...

It was in reality. But what was it?

It turned out that it was the marketing campaign "If Day", organized to stimulate the sale of military bonds by the Company "Big Winnipegian Military Couple" under the guidance of a businessman John Perrin. 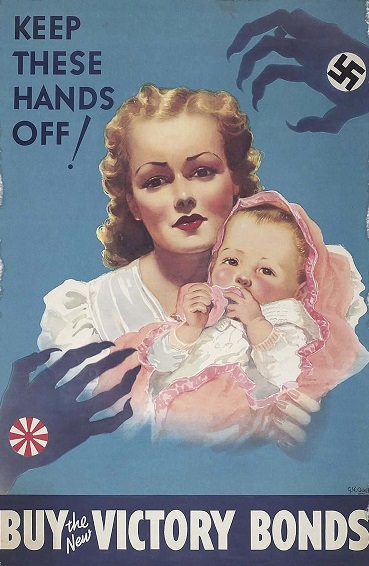 Cash fees only in the state exceeded the expected effect on a quarter - instead of the planned 45 million were collected 60. Over the company, more than 2 billion Canadian dollars were collected, which in the modern equivalent will be about 30 billion.

However, one of the goals was not achieved, namely, more volunteers wishing to go to the front and not to serve.

As for "losses", the action was very successful. During all this time, one woman accidentally cut a finger from fright when electricity flow was stopped. And one "Nazi" dislocated his leg, unsuccessful jumping from the truck.

Well, as Russians say, "Cherry on the cake" - citizens of the city massively showed "invaders" at home, where Jews live.

Money rules everyone, even the most holy ... Meanwhile, near Moscow, the Russians fought to the death against the Nazis.

but an eye opener for sure.

I think some city in the USA did that for the Cold War.
edit on 01032020 by ElGoobero because: add content

Never heard anything about that before.

I somehow suspect nothing like that would be tolerated today; it'd upset too many people's 'feelz' and 'mental health'.

Nearly 1.2million Canadians served in WWII, pretty impressive for a country with a total population of no more than 12million at the time.

Friends of mine who have served with Canadian forces speak highly of them.