posted on Nov, 13 2021 @ 04:40 PM
link
Just the other night I was laying in bed thinking about gravitational waves and what would happen if one hit the Earth? Would it affect time briefly on the planet? Would I feel anything physically or mentally? Would it feel like you were being stretched like when going through a black hole for a moment? Just something I was thinking about when trying to go to sleep..... I think of weird things like this.

Earlier this week, the vast international team associated with three gravitational-wave projects unveiled the results from their latest observing run. The collaboration had already published two key detections from that run, the first-ever smashups of black holes with neutron stars. But this long-awaited third catalog adds significantly to researchers’ full tally, raising the total number of gravitational-wave events to 90.

The catalog includes compact objects caught colliding during the second half of the collaboration’s third observing run (called O3b), which ran from November 2019 until March 2020. This run included both Europe’s Virgo and the U.S.-based LIGO detectors; the Japanese KAGRA project joined the fun for the campaign’s last two weeks.

All four detectors use lasers bounced off mirrors to measure infinitesimal changes in distance as spacetime scrunches and stretches when a gravitational ripple passes through. The observatories turn up thousands of potential events, which scientists weed through with complex computer algorithms.

Scientists have now detected 90 gravitational-wave events, created by the merger of either black holes, neutron stars, or both. The dots indicate the masses of the objects that merged and of the object they created. Pink and yellow dots are detections from electromagnetic observations.

posted on Nov, 13 2021 @ 05:11 PM
link
Let me know when there is a wave approaching so I can get my spacesuit on and my gravity surfboard waxed up. Then I will see when it is when I get there.

originally posted by: gortex
a reply to: ColoradoTemplar

I wouldn't worry. The average gravitational wave has an h value (amplitude) of around 10^-20 g. That means if you had a rod a kilometer long, a gravitational wave would compress/extend it by roughly the width of a single neutron.

If gravity is a wave, then the inverse square law applies. Also, waves can be in or out of phase, and so may re-enforce or cancel each other out. Even though time/space is affected by gravity, the local sources have the greatest effects so things like climbing a ladder or sky diving from a plane are more important issues to deal with IMO.

What's up with this spam bot, RealSaviorFromCyber? It seems to be posting right before I do, maybe I have some kind of malware bug in my computer.
edit on 14-11-2021 by MichiganSwampBuck because: Added extra comments

originally posted by: ColoradoTemplar
Just the other night I was laying in bed thinking about gravitational waves and what would happen if one hit the Earth? Would it affect time briefly on the planet? Would I feel anything physically or mentally? Would it feel like you were being stretched like when going through a black hole for a moment?

Lots of interactions do, but they are usually so small we can't measure them and you definitely can't feel them.

So what causes gravitational waves we can detect? So far it's been mergers of extremely dense and massive things like neutron stars and black holes. The effect of those gravitational waves depends on the distance, and so far what we have detected has been really far away. But closer to the object, the gravitational waves can heat up the surrounding gas and cause it to glow in infrared for thousands of years:

When two supermassive black holes finally merge, their million-year-long orbital dance culminates with an incredible burst of gravitational waves. If this takes place in the core of a galaxy, it can have dramatic effects on the environment. The gravitational radiation can deposit energy into the surrounding gas, heating it up and making it glow in infrared light for tens of thousands of years. Furthermore, the new supermassive black hole born from the merger will generally recoil from the crash, perturbing the orbits of nearby gas and stars. For a sufficiently strong recoil, the new black hole may even be ejected from the galactic core altogether, further affecting future dynamics within the galaxy. Although several of these processes can lead to X-rays and other high-energy electromagnetic emission, they would likely not destroy the galaxy.


Note that says " these processes can lead to X-rays and other high-energy electromagnetic emission, they would likely not destroy the galaxy".

Destroying a galaxy is a tall order. But if a neutron star merged with a black hole or another neutron star, it wouldn't be the gravitational waves that would destroy us. If a close enough merger created a GRB or Gamma Ray Burst with a jet aimed at Earth, it could be an extinction level event.


A gamma-ray burst will emit the same amount of energy as a supernova, caused when a star collapses and explodes, but in seconds or minutes rather than weeks. Their peak luminosities can be 100 billion billion times that of our sun, and a billion times more than even the brightest supernovas.

It turned out to be fortunate that they were so far away. “If there was a gamma-ray burst in our galaxy with a jet pointed at us, the best thing you could hope for is a quick extinction,” said Zhu. “You would hope that the radiation smashes through the ozone and immediately fries everything to death. Because the worst scenario is if it’s farther away, it could cause some of the nitrogen and oxygen in the atmosphere to turn into nitrous dioxide. The atmosphere would turn brown. It would be a slow death.”

Gamma-ray bursts come in two flavors, long and short. The former, which can last up to several minutes or so, are thought to result from stars more than 20 times the mass of our sun collapsing into black holes and exploding as supernovas. The latter, which last only up to about a second, are caused by two merging neutron stars (or perhaps a neutron star merging with a black hole), which was confirmed in 2017 when gravitational-wave observatories detected a neutron star merger and NASA’s Fermi Gamma-ray Space Telescope caught the associated gamma-ray burst.

So if you have a large gravitational wave causing event nearby such as a neutron star merger, it's not the gravitational waves you need to worry about, it's the possibility of extinction via gamma ray burst. Fortunately we don't expect any such events nearby anytime soon, but distant events happen often and we are lucky they are so far away as to not affect us.

edit on 20211114 by Arbitrageur because: clarification 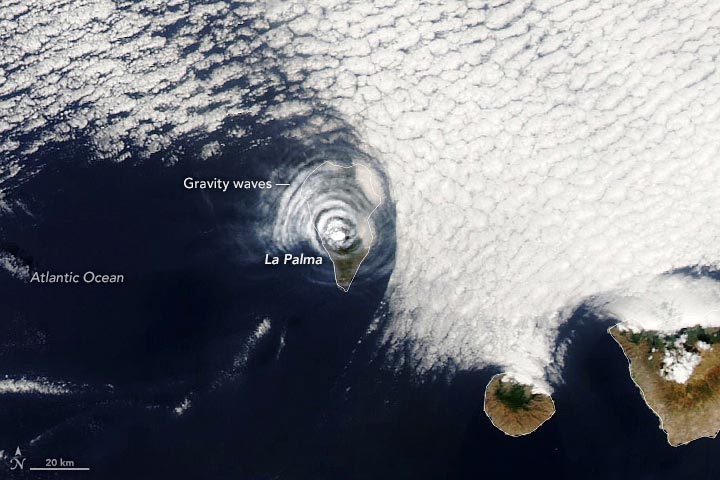 originally posted by: purplemer
a reply to: Arbitrageur

Haha, that's funny! But understandable, I don't think that author is the only one confused by gravity waves versus gravitational waves, apparently you and many other people are too.

They even quote the scientific source which calls them gravity waves, which is correct, they are gravity waves, not gravitational waves. Though they sound similar, they are completely different phenomena. Scientific quote from your link:

If they had just stuck with the name used by the scientific source they cited, they would have been golden. Why did they have to change the name incorrectly from gravity waves to gravitational waves?

Anyway, gravity waves have nothing to do with gravitational waves. Wikipedia has separate articles explaining each:
Gravity Wave
Gravitational Wave

In the recent thread on the Kilauea, eruption, we got to see gravity waves in concentric circles from the other side (underside instead of satellite view), they looked pretty cool: 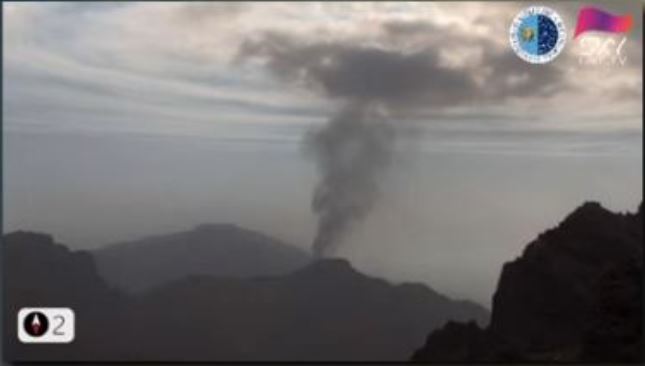 
The shock of the volcanic eruption generated mesospheric gravity waves (or “mesospheric airglow waves”) that were evident in the Day/Night Band, shown in the toggle below between the 11.45 µm and the night-time visible imagery.

edit on 20211114 by Arbitrageur because: clarification

I think you are actually looking at atmospheric shock waves. Awesome pic, though.