posted on Nov, 13 2021 @ 03:31 PM
link
I'm not sure if I should laugh or cry. They are trying to slip this one by us but I'm still shaking my head at this. When will they stop experimenting on these poor children? They don't even know what these jabs are doing and affecting people let alone forcing it into our precious children.


MADISON, Wis. (WMTV) - The University of Wisconsin School of Medicine and Public Health participation in pediatric COVID-19 vaccine testing will now target an even younger age group. UW Health is helping test the safety and effectiveness of Moderna’s version of the vaccine on children between the ages of six months and five years old.


Study leaders added that around four in five children from Madison who will be part of the test are from underserved populations, “meaning they might face barriers based on race, ethnicity, income, geography, and health outcomes.”

The courts need to put a stop to this evil experimenting on children. It's amazing how the Hitler medical experiments are being reproduced, but with a name that makes them sound legitimate and humane.

How woke. Testing it on the poor first.

dont worry i am sure if its Pfizer they will somehow pass it and say "Its safe and Effective" They are testing it on our youth from drugmarkers which have a quite a shady record.
edit on 13-11-2021 by HawkEyi because: (no reason given) 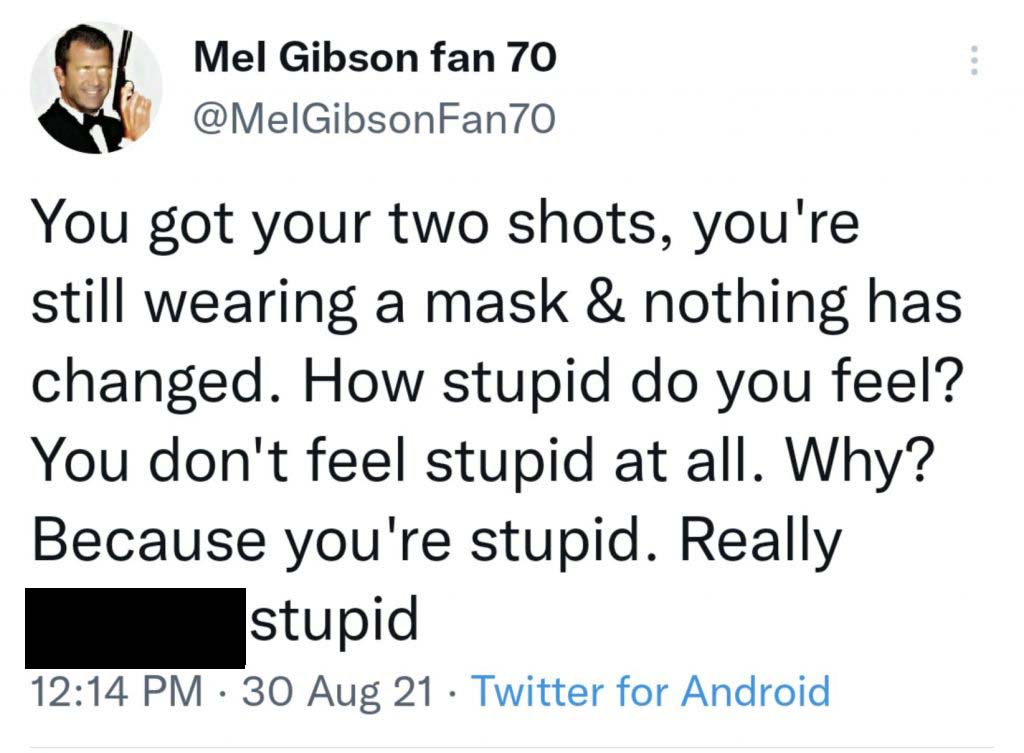 These vaccines are hurting so, so many people. They're still in trial phase too, regardless of what the MSM repeat mob say!

The data being used to justify this is not what they're claiming either. They cherry pick results and use outdated models to keep fear artificially high.

Please. PLEASE don't anyone do this to your children, your doctor won't be responsible for their harm, YOU WILL.

Please don't do this. I'm begging you! Everyone I know, everyone, who took the vax regrets it. Literally all of them. Don't........do......this. Children are so precious and innocent!

posted on Nov, 13 2021 @ 04:08 PM
link
I just can't understand why a parent would offer up their child (any age but especially their new baby) to anything that may harm them, and especially some experimental drug trial. FFS......... what is wrong with these parents???????

Gotta get 'em young before they hit puberty to make sure they have fertility issues later on in life.

This is depopulation happening before our very eyes.

I swear some people think the elites are joking when they say there are too many of us.

Why is there a concentration of quote-unquote underserved children in the study?

Statistically any medical study ought to be trying to hit as broad of a slice of the population as possible.

My hope is that these folks in "underserved" areas aren't being targeted due to a greater chance of them accepting remuneration to submit their child to the study. Maybe those operating the study are challenged finding subjects and are going after the "underserved" areas, knowing that the likely modest payout from a study would be more persuasive to those people.

To be more blunt, perhaps they are recruiting poor black folks in urban areas because the study organizers feel it'll be easier (cheaper?) to have them "buy in".

I have also seen other news segments that insinuated that similar vaccine studies would be focusing more on poor urban areas, and the "journalists" seemed to couch that as an attempt at D&I, social justice, yadda yadda. Pursuing poor urban folk because the study group feels it'll be easier to bribe them to test their children, and then spinning it as social justice program, seems like a devious and underhanded approach.

I am alarmed at the way they are racing ahead at break-neck speed to test these vaccines on the young demographics that have virtually no chance of dying from COVID. I understand the rationale for testing and proving the medicine is safe for children, but what parent would honestly consider letting someone administer a brand new treatment like this, that's gone from R&D to use in less than 2 year (!!!). I would want my child to have the benefit of MANY years of clinical studies of adults and on top of that MANY years of real-world data from adults treated with the vaccine, ESPECIALLY when we're talking about a disorder that is disproportionally easier to fight off when your young!

My suspicion is that this is being rushed because they are itching, just DYING to start applying the vaccine mandates for children, particularly in the school systems, and the faster they get the test results done and dusted, the quicker they can start mandating the vaccines for children.

I really really hope the courts ramp up adjudicating these cases and fast.

If they think there's been vigorous pushback on the mandates so far, wait till they try to put the mandates on children.

But it's not a "brand new untested medical procedure", it's just a j-a-a-a-e-b. So small and insignificant that you can hide it under a band-aid.

But if you can find the parents (who have allowed their children to be injected with this concoction) eating at MacDonalds, try walking past their table and stealing their big mac.


I'm not sure if I should laugh or cry. They are trying to slip this one by us but I'm still shaking my head at this. When will they stop experimenting on these poor children? They don't even know what these jabs are doing and affecting people let alone forcing it into our precious children.

This makes me sick to my stomach.

Justice will be served when they are sued out of existence for medical malpractice, child abuse and a legacy of taking this insanity to the next level.

Prison for those advocating and orchestrating these crimes against humanity.

originally posted by: CthulhuMythos
I just can't understand why a parent would offer up their child (any age but especially their new baby) to anything that may harm them, and especially some experimental drug trial. FFS......... what is wrong with these parents???????

Lived in Madison for 11 years, fortunately GTFO of there, it is an insane asylum.

People are still driving with multiple masks, face shields, gloves and fear to the gills.

posted on Nov, 13 2021 @ 06:49 PM
link
This ‘vaccine’ is looking more and more like the Mark of the Beast and they want everyone to accept it. This is horrifying.

originally posted by: Metallicus
This ‘vaccine’ is looking more and more like the Mark of the Beast and they want everyone to accept it. This is horrifying.


With the Forever Passports and Booster shots if you dont accpet your "Freedom Pass" Expires.. You can be sure the polticans dont have these same rules while they fly differently.

The REAL stupid will go for shot #3.

How shall we label those who go for shot #4, after Satan Fauci says everyone must do so?

How woke. Testing it on the poor first.

Its appalling how little most poor people care about their children. There's a little affection, but it's not love.

I see it every day here in Chicago where many many children are mowed down, and there's barely any outrage at the politicians or the police, from the parents.

posted on Nov, 13 2021 @ 07:41 PM
link
Biden has become the Face of Death for the US. I realize he hardly knows where he's at, let alone what he's doing or saying, but he's the face we're given.
His EO's and all of his policies fall lock and step with the entire eight years of destruction under Obama. Looks like Obama got his third term, and can now finish his goal to 'fundamentally change America', and idiots are rushing to sacrifice their own children to this whole charade.

Please read Alinsky's Twelve Rules For Radicles and the Cloward Priven Strategy. It's the playbook now in use, and I don't know if there's anything that can stop this runaway train now.


Considering this Latest Covid-19 News by the CDC , Children of All People should have the Greatest Immunity to it and Should NOT be Offered Vaccines PERIOD !!!!!