I accept that Grenade. Thank you and my apologies to the thread for over thinking that. Or rather under thinking.

posted on Nov, 4 2021 @ 01:09 PM
link
Does anyone have the photo of a bus with advertising for children having heart attacks? I can't find it again but wanted to show someone not on ATS.

Will Parents Allow This?: www.foxnews.com...

Remember, these "mandates" are created by HUMAN BEINGS. These human beings can be citizen arrested as a danger to society.

posted on Nov, 4 2021 @ 02:17 PM
link
When I watched that video I thought of transhumanism. Super powers injected by vaccinations!
There is a relationship between Moderna and Darpa and the fact they refer to this technology that functions very much like an operating system on a computer.


Moderna has been a long-term Pentagon contractor for biodefense, working closely with Defense Advanced Research Project Agency (DARPA) on gene-editing and mRNA therapeutics.  DARPA is focused on developing emerging disruptive technologies to maintain a competitive edge over adversaries, including many ‘transhuman’ projects such as genetic engineering and soldier enhancement via robotics.

Honestly what us in these jabs that they are so desperate that absolutely everyone must have them?


originally posted by: putnam6
Get the jab kids!!!!

Be the first on your block to get an enlarged heart or a stroke...

Or never be able to father/bear children of their own.


I believe that’s simply the drug “working as intended”


I don not accept the existence of ''evil''.

The slaughter of 6 million jews by Hitler was evil.

Stalin using his own people as cannon fodder was evil.

The tens of millions communism has killed elsewhere was evil.

Slavery by European,African,and Asian powers for centuries was evil.

What Fauci did to animals through his testing was evil.

A LOT of EVIL has been done by the hands of humans on this rock.

History of the world speaks for itself.

posted on Nov, 4 2021 @ 03:13 PM
link
Where does it say anything being claimed?
Where in the video being used as a source does it say get the jab and you will get superpowers?
WHat other site other then TGP is making that incorrect claim?

None of those kids volunteered.
Their parents submitted them to Pfizer as guinea pigs.

They are not so much superheros as they are victims.

If you knew anything about the ethics committees that get set up around these kind of trials you'd know that if a child became distressed and didn't want to participate they wouldn't be forced to.

The people who set up these trials genuinely want to help people.

originally posted by: JahIsGucci
for all the pro-vaxxers out there...

with all due respect, PLEASE explain why need to jab the kids???


To reduce the level of community transmission.

The higher the level of community transmission the greater the risk of a mutation leading to a more dangerous variant.

It also means that they will have greater resistance when they are older. Covid seems intent on sticking around. So best to vax now than wait till their older and at more risk.


originally posted by: sciencelol
Wow this was posted in another thread and I thought it deserved its own thread.

New ad from Phizer telling kids they will get superpowers from the jab.

Its evil beyond words.

It is true... there is one superpower I have seen from the jab. 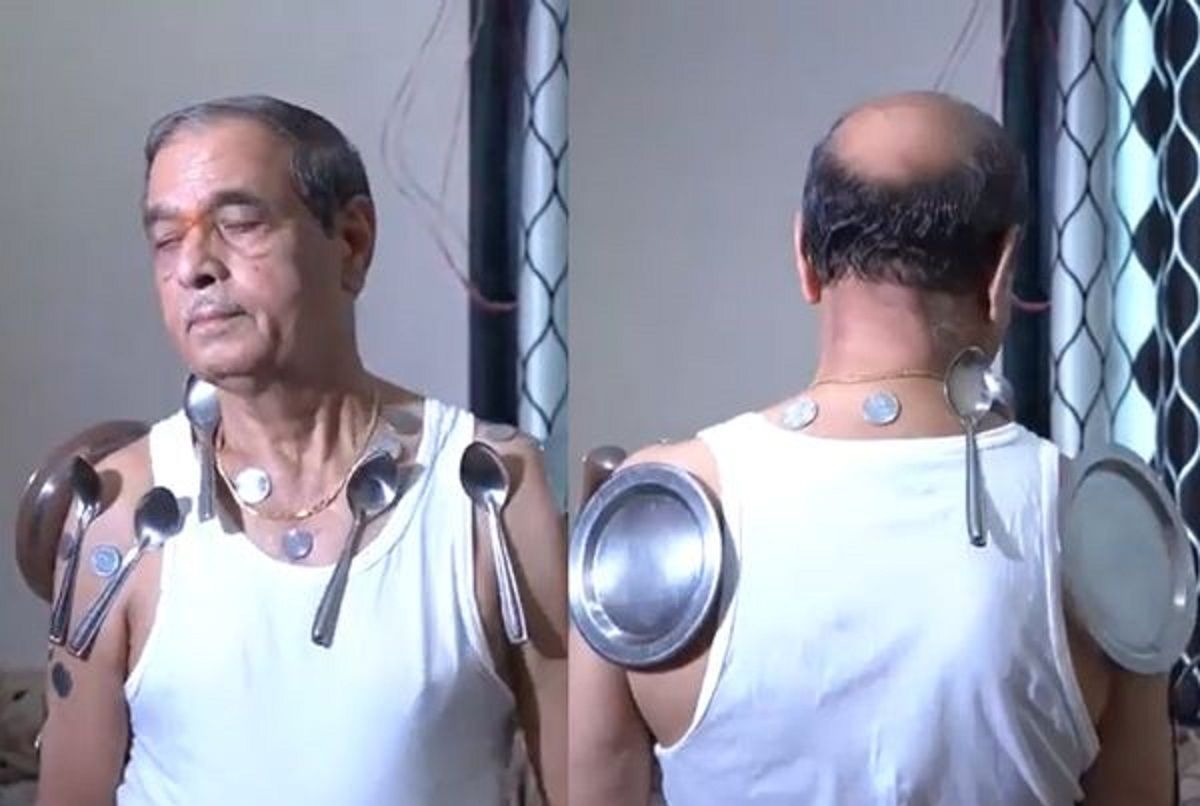 Did you see that video of that woman sticking copper pennies to herself, or the aluminium tops off of soda cans?

This is an old carnival trick.
edit on 4-11-2021 by AaarghZombies because: (no reason given)

I'm with you on this one. At least here in the USA no coins are magnetic but you still see videos of people sticking nickels, dimes and quarters to their arms and faces. It's just dumb.

originally posted by: IAMTAT
a reply to: sciencelol
How come adults only get a free donut...or an expunged criminal record?


If they were passing out badass capes I might consider it.

But they are watering it down as per Pfizer.

Could they not water it down for everyone?

Why is there even a need to "water it down"

Self replicating nano particles, they only need one?

Children will be psychologically conditioned to getting
shots twice a year, along with masks and isolation and
obeying the tyrannical fascist regime.

It is all about conditioning for the final subjugation.


originally posted by: IAMTAT
a reply to: sciencelol
How come adults only get a free donut...or an expunged criminal record?


If they were passing out badass capes I might consider it.

Natural immunity is superior.
To inject all of these children with a spike protein when they
may not need it is an abuse in the highest degree.

If a child had natural immunity, the injection may cause
irreparable harm or even death. Every parent should insist
that their child be tested for natural antibodies before
any contemplated injection of this dangerous "vaccine".

Many people will die from the allergic reactions alone,
not to mention the blood clots, heart attacks, and
other deadly side affects.

posted on Nov, 4 2021 @ 06:05 PM
link
Jack And Jill went up the hill
to get their vaccinations
Jack fell ill
in the hospital still
and Jill has heart palpitations

You don’t need to apologise, I’m accepting of everyone and everything, my whole philosophy is that perspective rules. You’re free to exhibit what ever comes to mind. The only objections you’ll find me critique are those I believe to be disingenuous. Like every single word from Aaarghzombies mouth.