page: 1
23
log in
join
share:
19Bones79
+7 more
posted on Nov, 3 2021 @ 01:32 AM
link
Are you still wondering how one side of the political spectrum in the US have openly embraced the nonsensical approach to reality we see in MSM and other spheres of society?

How did so many people collectively lose their minds? 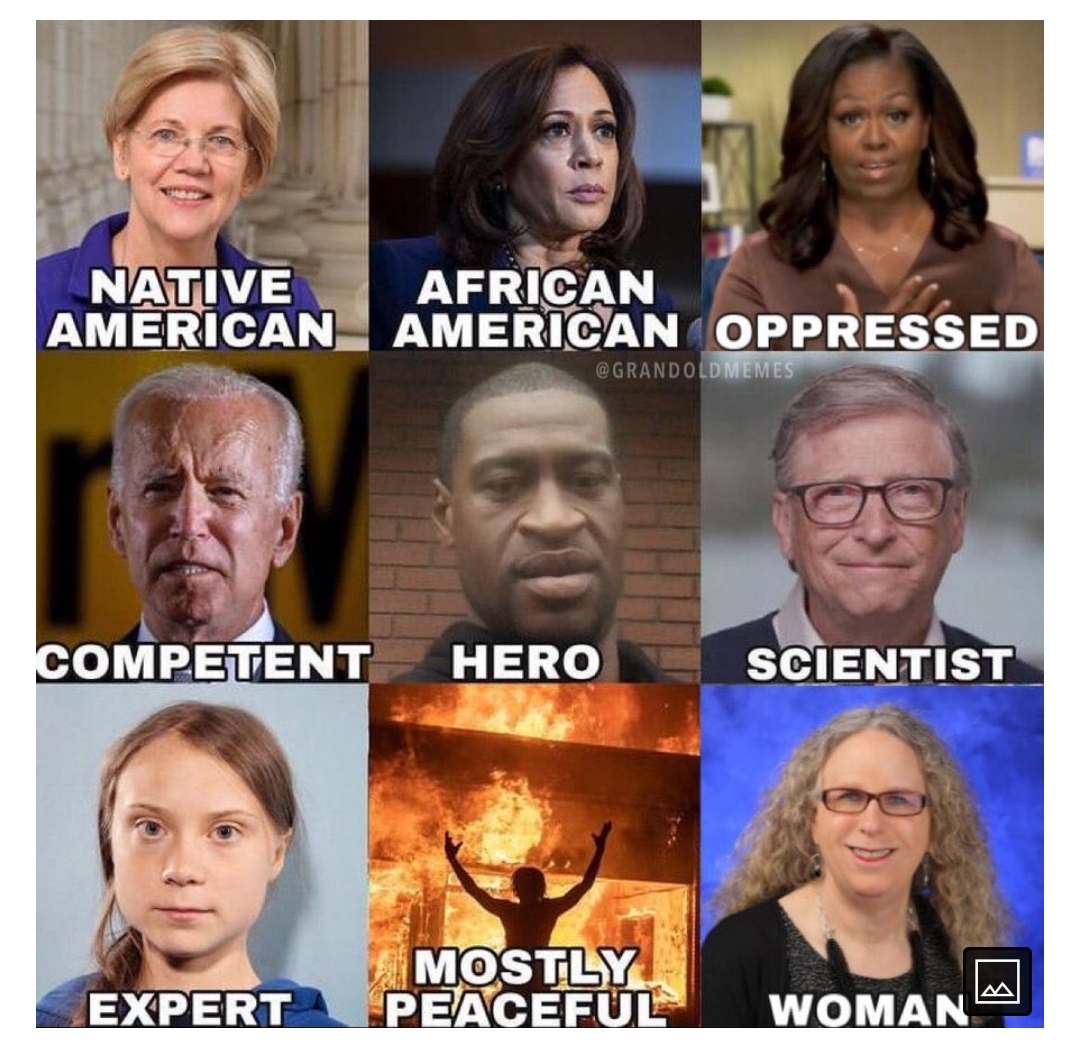 Not so long ago any political person espousing the radical leftist ideas currently being promoted to destroy American culture and values would have had the shortest political shelf life in history.

Here's Obama's stance on border security not so long ago:

So what the hell happened?


Who do politicians ultimately work for?
The highest bidder of course.


So when you think on the enemy that is hell bent on destroying not only America but the entire world as we know it, remember China is not really working in the shadows, are they.

Someone unlocked the door from the inside to allow the enemy at the gate easy access.

In fact, you strengthen this enemy with every single paycheck even while you are voicing your absolute disgust for them.

Top 1% officially have more money than the middle class


The super rich are experiencing the biggest growth of their wealth in a time when you are worried about keeping your job, protecting your children against indoctrination in American schools, your military being weakened by woke generals while China is growing bolder by the day, your religious beliefs are openly attacked(criticism is one thing), to name just a few things.


The rich are having you for breakfast.


I bet they piss themselves at how cheap they got it for.

posted on Nov, 3 2021 @ 01:58 AM
link
I hate to tell you but the super wealthy are hurting the most. Why, because what they want may or is not no longer available.
And guess what that is... freedom to leave America . There's a reason why I am saying this. They can't bring along what they have with them. Try wiring funds to certain countries and see if they can claim it without political connections.
It is already true with people coming into America and their funds are being confiscated at the airports. Maybe that is why not that many have been coming into America by air.

Nowadays you can access your money from anywhere in the world.

For everything else there's Mastercard.

posted on Nov, 3 2021 @ 02:38 AM
link
Awnser : partially because of Trump. Trump turned alot of people off which pushed them harder to the left.

However, i think people are slowly moving away from the mainstream left madness now that Trump can no longer be used as an excuse to support whatever democrats or liberals want.

I believe Trump was the catalyst to further divide the country. We turned Trump into a villian (left) or a savior (right).

Each side is pushing one another towards extreme views. Which is probably what TPTB want. Extremism leads to irrational thinking which allows the left to say nonsense and get away with it.


Not Trump, the manufactured outrage against Trump which a lot of gullible people went along with.

The only issue I have with him, and it is a big one, is his pro covid jab stance. Let's not call it a vaccine.

It's a money making scam and an excuse for authoritarianism and it cares not who dies in the chase for the $$$ meanwhile the only immunity that's effective is their protection from being sued for any harmful effects from their product.

posted on Nov, 3 2021 @ 05:06 AM
link
Ronald Benard has been one exposing this situation as being a Dutch banker on the money laundering side of things.

He found about 3000 extremely wealthy people that subscribe to satanic beliefs. Could be around a million or two loyal troops that have bought in. For those that do fall to the dark side, inversions are standard to warp the mind and kill any critical and moral thinking. The collective loss of minds has allowed the demonic forces to take over. We could of stopped covid in its track last year with the treatments available. Instead we get a passport of experimental gene therapy.

With things going as far as it has we cannot save everyone. Forecasting is a sketchy job, from what I see of the science so far, if we can stick it out for 3-5 years hopefully over the worst of it? It will linger for decades. As for when the politics flips, I don't know? With the initial versions of the vax passports having 8 records, about 2-3 years seams to be the plan as the booster roll out.
edit on 3-11-2021 by kwakakev because: grammer

Part was manufactured, sure. But Trump gave them crates of ammo to use. From rambeling midnight tweets to praising north korea's dictator, to lying about the virus.

I like trump more than biden, but to say it was all media produced outrage is dishonest. Trump was an a$$hole with a massive ego and lacked the foresight to see how his words affected the public.

Also, Trump also BSed his base. Giving speeches against the military industrial complex, but at the same time advocating and pushing through the saudi arabian weapon's deal.

In conclusion, i was against the media villification of Trump and also against the right turning trump into some kind of savior figuare.

They haven't lost their minds, they sold their souls a long time ago.

Additionally, as regards the mainstream media, Operation Mockingbird has been tremendously successful and is still in operation.

Excellent O.P.. The Image/Meme makes many points all by itself.


Indeed he was no savior, but I'll be damned if the man didn't try his best to improve America for Americans.

I don't care about his stupid tweets, at least we got his words firsthand flaws and all.

The whole establishment was against him, he was constantly ridiculed on the world stage by the MSM.

Imagine going to work everyday and being character assassinated for four straight years on a live feed.

How would you handle it?

And yet that is exactly how the media portrayed them.

You can be sure of that.

Thanks for the kind words

But I agree sellouts all of them.