In or On the hand/forehead?

posted on Nov, 1 2021 @ 10:04 PM
link
I made a short post about the mark of the beast and I was going through my KJV of the bible, whilst simultaneously working on my computer with a bible opened up on screen, but the NASB version.

Something struck me particularly odd, in Revelation 13:16, it states:

KJV:
"And he causeth all, both small and great, rich and poor, free and bond, to receive a mark in their right hand, or in their foreheads"

NASB:
"And he causeth all, both small and great, rich and poor, free and bond, to receive a mark on their right hand, or on their foreheads"

So which one is it, in or on? I mean, with everything going on, if you ask me it makes a difference

you will need to get the greek version and look up the word they use for on or in. That should help you determine the most acurate translation. Hope this helps.


The mark is:G5480
χάραγμα
charagma
khar'-ag-mah
From the same as G5482; a scratch or etching, that is, stamp (as a badge of servitude), or sculptured figure (statue): - graven, mark.
Total KJV occurrences: 9

along with the 'droopy-Eyes' Logo has any 'meaning' RE: the Mark-of-Beast

“The word ‘meta’ comes from the Greek word [μετά]

Strong's Concordance
meta: with, among, after
Original Word: μετά
Part of Speech: Preposition
Transliteration: meta
Phonetic Spelling: (met-ah')
Definition: with, among, after
Usage: (a) gen: with, in company with, (b) acc: (1) behind, beyond, after, of place, (2) after, of time, with nouns, neut. of adjectives.
HELPS Word-studies
3326 metá (a preposition) – properly, with ("after with"), implying "change afterward" (i.e. what results after the activity). As an active "with," 3326 (metá) looks towards the after-effect (change, result) which is only defined by the context.


I see it used in scripture in Matthew as "with"

posted on Nov, 2 2021 @ 12:04 AM
link
There are two signs to consider when talking about this stuff. You have the sign of the deceiver, and you have the sign of god. They are different signs and I could not find a definite answer as to how to tell them apart, one is not connected and one is connected. The Jewish Minora has at it's base, a w shaped icon, the shin/sin symbol. It is also present in the muslim symbol and some of the symbols of Hindu. That is somehow pertinent to this but I cannot pinpoint how. That would be part of the symbol of protection from god, the fact that a person acknowledges they are susceptable to sin protects them from getting deceived..

Now, the false symbol is like three lines standing up or some other shapes to make it look like it. I do not know if this is actually true, it seems like things are hidden quite a bit so those who are cons will not get hold of how to deceive people.

Even more interesting when you realise Suckerberg is a Jew, i'm pretty sure he would know the Hebrew translation.

Why king james and not all of the original stone tablets and scrolls?

I think it's just zuckerberg trolling because he collects our meta data.

I think he's done pretending that collecting our data is what fb really does.

originally posted by: scraedtosleep
a reply to: St Udio

I think it's just zuckerberg trolling because he collects our meta data.

I think he's done pretending that collecting our data is what fb really does.


That is a good explanation actually. I wanted to think it was bad at 1st reading that post, but didn't think about what I use Meta data for here in my chores. You bring to mind an idea that we need to find another social platform since we are just information for people who obviously hate our freedoms so they may use that information against all of us.

Hebrew speakers have been laughing at MZ because the feminine meaning of meta is death.
So maybe we should put the feminine and masculine meanings together and see what the message is, or if its the Greek and the Hebrew you have among death
Hmmm
Is he saying among zombies

All social media platforms do that. And yes that includes the recent alt-right sites like gab and trumps new one....I forget the name.

I have no proof but I even believe that ats does it.

posted on Nov, 5 2021 @ 03:15 AM
link
“In”, “on”, what’s the difference? It’s about the mark. And the three sixes, well, they already play a big roll in the buying and selling of goods. For starters, the bar code, there’s three sixes in them, and it is no coincidence. The same goes dor brand names and logo’s, many product manufacturers put great effort into hiding three sixes in their logo’s and brandnames. For those who doubt it, just browse through logo’s and see how often either three sixes are depicted, or it is done by clever use of lettering, like the (non capitol) letter “e” for instance, or the letter “f”, the sixth letter in the alphabet (“First Floor Features” for example).

Yes, I used to think those people who saw sixes in everything were missing a couple of screws and wires, but after observing it myself, I can say with confidence that it is prevalent, specially the bigger brands, like Heineken for instance. There was a time when the e”s in the name were typed horizontally, until, years ago, the logo changed ever so subtle, the tv advertisement specifically showed the e’s in the name tilt a bit backwards. Now I never gave it much thought, until you look at the e’s in a mirror, and notice how the e’s look much more like a six when tilted. But there are many more brands that use this three sixes depiction. See for yourself.

So, when people talk about the mark of the beast being forced upon us, they are not exaggerating, it happens all the time, and the mark in or on the hand or forehead, is going to happen, and the three sixes will probably be found in the brandname of the company that makes the hardware, or in patent numbers for instance. Somewhere, somehow, they will have the three sixes connected or incorporated, covert and overt.

For those behind it, it is their religion, their believe, they are just as dedicated in their worship and to their “deity”, as the christians or muslims are to theirs. They also await a second coming, and also believe in laying the groundwork. Make no mistake….

I usually don’t promote my yt channel, in fact, it has been years ago since I did something with it, but this time it is a great visualization in addition to what I wrote.

Aye mate starting noticing that more, 3 6 9
When you look at the time and you will be switched on to those numbers

Why do you think they all use them, because the devil

It may relate to the power of attraction, I don't know

Why king james and not all of the original stone tablets and scrolls?

Well the Book of Revelation is a very specific gospel written by John the Elder. None of the books in that list would have that text for me to compare...

KJV is just another version/interpretation of the gospels before it. Some versions are word-for-word, some are thought-for-thought and some are meaning-for-meaning. I used KJV as an example, mainly because it's the only version of the bible that differs from the many many other versions. Also the KJV is the closest word-for-word version of the original bible text, so it's said at least.

Personally, I don't have access to the Vatican vaults to read the Codex Vaticanus haha. But thank you, I personally own a copy of all the unadded gospels. Book is bigger than the bible itself haha
edit on 6-11-2021 by JimmyNeutr0n because: (no reason given)

We can have a discussion about the markings on the dollar, but I think we can all agree there are symbols worth mentioning.

On/in the hand and forehead. When you pay for something, you use your hand to exchange money. Whats one of the most thought of idea in ANYONES mind? Making money.

I don't know. Someone tell me I'm crazy and I just put too much thought into these things

posted on Nov, 6 2021 @ 06:05 PM
link
Im beginning to think the Internet in its self is souly designed to keep us in compliance - Before the internet we would gather at pubs and get all riled up with pitch forks and torches the TV wasn't working anymore .
edit on 6-11-2021 by Ravenwatcher because: (no reason given) 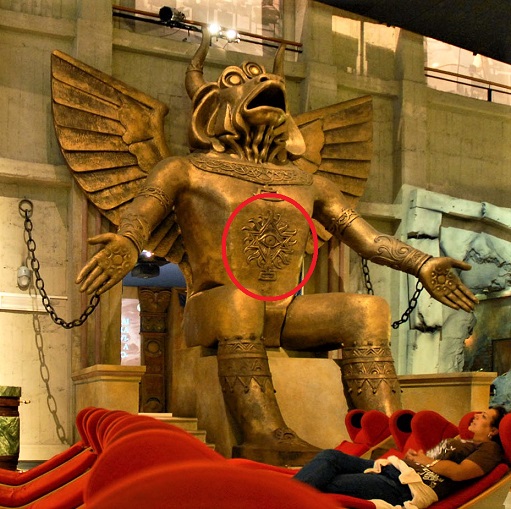 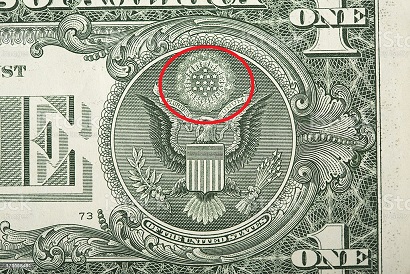 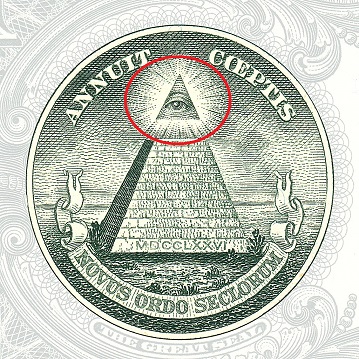 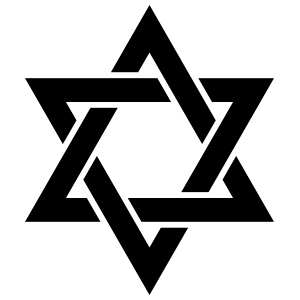 Acts 7:43
Yea, ye took up the tabernacle of Moloch, and the star of your god Remphan, figures which ye made to worship them: and I will carry you away beyond Babylon.
edit on 6-11-2021 by JimmyNeutr0n because: (no reason given)