We've talked about school districts hiding rape to protect a "protected class" student and their own progressive policies from the negative press.

Now let's talk about where all the sexual libertinism can take us.

Here you have Hazard High School in Kentucky behaving like a bad frat hazing with a "Man Pageant". We have scantily clad students, including boys, twerking and giving teachers lap dances, including the principal, btw. 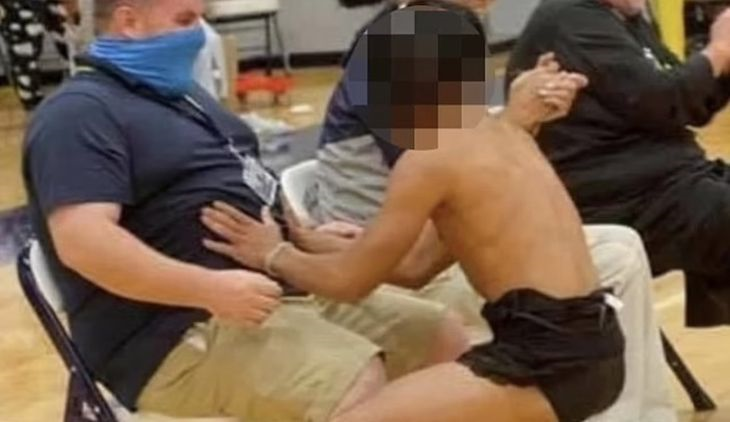 ... Hazard High School in Hazard, Ky., recently held a “Man Pageant” featuring female students dressed as Hooters waitresses and male students dressed only in male or female underwear giving lap dances to wildly smiling teachers and school officials, including the school’s principal, Donald “Happy” Mobelini. The luckless Happy is, by the way, not only the principal of Hazard, but the mayor of the city of Hazard.

So not only is the principal the head of the school, but he's also the mayor. 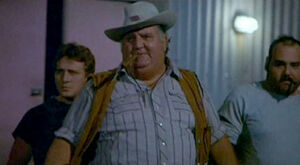 I'm kind of reminded of this guy from Porky's, or maybe Boss Hawg from Dukes of Hazzard, when I think about the idea of ol' Mayor "Happy" getting his annual lap dances from the fresh high school meat.

In today's environment, the school was so emboldened that they actually posted pictures! And then they realized that the parents weren't getting the joke and took them down.

Photos of the event, which had been proudly posted on the school’s Facebook page, were hastily taken down. The school itself announced that it was investigating the event, which is likely to be an empty face-saving exercise in light of the fact that the principal was on it, and from the looks of the photos, obviously delighted by the whole thing.

And they're investigating themselves too. It sounds like typical government.

And so, that means that, in the, in the system, and there is a system here to address it, right? There’s principals and there’s a superintendent and then there’s the Kentucky Department of Education, uh, you know, they need to take appropriate action and ensure that this will never happen again. But there’s another thing they need to do. And that’s that they need to be talking to these students. That this isn’t something that is normalized in their mind, uh, that they think it’s okay in, in school. That doesn’t mean that the kids are punished because the adults were letting it go on. But we just wanna make sure that we’re raising our kids right about what is and is not acceptable, especially in the world that we live in.

Here's what Gov. Bashears had to say about it all. Apparently, there's a uh, a, uh, system, right? And we need to make sure the kids know this isn't acceptable even if the adults signal that it is ... But how can it not be since this has been going on for at least 4 years.

Newly surfaced videos posted on social media show more Hazard High School skits in which students acted provocatively as teachers laughed and sometimes participated during the past four years….One video, first posted on Instagram in October 2017 then shared again in January 2018, shows one male student — dressed in a bra, shorts and wig — grinding on two other male students who sat in chairs in the middle of the gym, while a fourth student simultaneously throws a wad of what looks like cash into the air….Another video shows a male student in a long white dress and wig dancing to Madonna’s “Like a Virgin,” in the middle of the school gym. The student repeatedly rolls around on the floor and crawls toward the crowd.

Terrorists (Parents) need to fix this.

I'm actually from Hazard, Ky, went to the school there and in my day, no one would have even thought of pulling stupid sh** like this.
Of course, "in my day" was 40 years ago and we actually had something that has become very rare. Common sense.

Well it's outrageously inappropriate.
No matter what circumstances school children giving lap dances at school events is just insane.
Where were the parents?

If it has become like our public schools, everything is carried out online, and parents only see what they want you to see.

Then because of COVID, they aren't even letting us into the building any more these past two years.

That can't be tolerated. The parents are the first to get asked permission before the school does anything that's not maths, language, ...you know the reason why we send children to school.
Ideally.
That's messed up.

Well, you know the new position from government:

As parents, we don't matter and should not have any input, and if we try, we're being domestic terrorists.

You're the #ing parents. The gov too better asks you if they're allowed to before they do anything with your children.
That's just messed up!


I'm having trouble understanding exactly what this 'event' was all about. I mean, what is the school officials/teachers supposed justification/reasoning behind this? Do they do this under the guise of some Halloween tradition?

Apparently it's been going on for years.

In my High School (early 90s), we weren't even allowed to wear shorts. And just to be clear, that was a regular small town (multiple towns, actually) High School. Nothing private, or religious, or any crap like that.

posted on Oct, 30 2021 @ 01:08 PM
link
When Biden randomly visits Hazard High School in the near future, just remember that it is completely coincidental and entirely unrelated to this incident.

We were allowed to wear shorts within reason, but this kind of thing would have been rightly called out right away. We had student talent shows and stuff, but that's not exactly what this is. This is kind of like some weird Bacchanalia.

Seems the parents in that district are pissed off. Not because of the behavior of the adults in the pageant, but over the coverage.

They love Principal/Mayor 'Happy' Mobelini, they just held a rally for him and want the MSM to STFU and stay out of their business.

originally posted by: Peeple
What the [snip] is happening?

originally posted by: Peeple
...and please give them a hobby besides [snip]....

They don't want to be told what to do, they like their 'traditions', even if that involves child abuse.
edit on 30-10-2021 by elevatedone because: (no reason given)

I mean I went through a hormonal period too but...
Can they really not see how that looks?
Is there any possibility this could be innocent?

originally posted by: Peeple
Is there any possibility this could be innocent?

They think so and want you and everyone else to MTOFB so they can get on with their traditions.

Is there any possibility this could be innocent?


It's probably safe to assume that "It's just a harmless innocent fun tradition." is the excuse that will be used by most of the adults/teachers involved.

But for the kids, it may be one of the ways how innocence is lost.