page: 1
35
<<   2  3  4 >>
log in
join
share:
SentientBunnySuit
+12 more
posted on Oct, 29 2021 @ 06:06 PM
link
I'm angry. Politics has always been a dirty business, but the Lincoln Project has just admitted to paying Democratic operatives to pose as white supremacists at a campaign rally. The party that most loudly claims moral superiority and that the truth is too fragile to trust you and me with it is fabricating news. Again. And again.

I will never trust those in power who hijack critical discussions of race for their own ends. From this day forward I will interpret every accusation of racism as a tacit admission that they know their position is logically and intellectually indefensible. Fight corruption? Racist. Oppose human trafficking? Racist. Don't believe that higher taxes and carbon credits while oligarchs with private jets and yachts profit from the exchanges will stop climate change? Racist. Like freedom? Racist.

Fighting global enslavement isn't racist. Wanting you to be free isn't racist. Most importantly, recognizing that your rights aren't granted by the state they are stolen from you by the state isn't racist. The inalienable rights of individuals is not negotiable. The Greater Good is just a socialist marketing slogan.

Those in power are utterly corrupt. They are your enemy. They don't love you. They want to bleed you to death to further enrich themselves. They want to monitor everything you do and think until you are no longer a threat to the status quo.

Here's the link from the admittedly Libertarian leaning (or at least Austrian economics focused) site ZeroHedge:

So they invent hatred and division.

It's what cowards do and apparently we have 81 million cowards in our country.

The former should become a word and replace the latter in modern usage.

Apparently the ATS platform decided to provide emphasis to my previous post.

posted on Oct, 29 2021 @ 06:29 PM
link
If you look at the FBI website you will see how proud they are for creating crimes and "terrorism" so they can arrest dumb dumb poor fellows for things they would have never thought of without the help of our FBI.
a reply to: SentientBunnySuit

posted on Oct, 29 2021 @ 06:31 PM
link
The white nationalists and their republican apologists are just angry they didn't do it first.

The Left is by definition of the word a " Religion " .

They have become so indefensibly ridiculous and they are fully aware of that fact , So they lash out with Violence of action and words to take the place of there lack of logic and facts.

Much like any Region they use Fear and Persecution to keep there followers in line , and Like wise to attack any outsider who questions them .

They are very similar to Scientology at this point and equally ridiculous .

posted on Oct, 29 2021 @ 06:42 PM
link
Aaaand once again we see the evil left doing something disgusting and instead of owning it, their synchophants try to change the narrative. 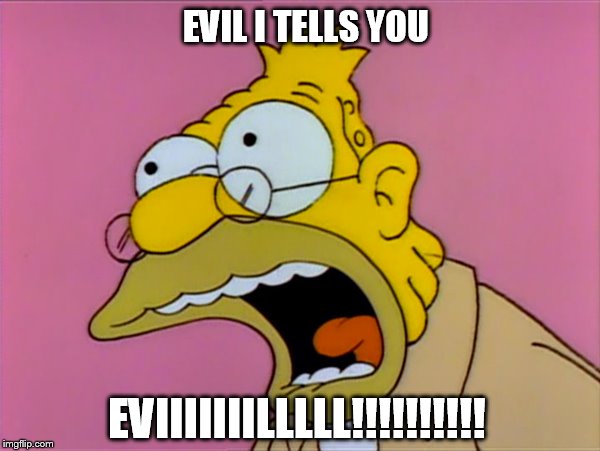 
Like them or not, but PV has won every slander and civil case against them.

Similarly, in Mississippi, the Red Shirts formed as a prominent paramilitary group that enforced Democratic voting by intimidation and murder. Chapters of paramilitary Red Shirts arose and were active in North Carolina and South Carolina as well.[citation needed] They disrupted Republican meetings, killed leaders and officeholders, intimidated voters at the polls, or kept them away altogether.


Like them or not, but PV has won every slander and civil case against them.

Whatever. Posing as "one of us" isn't new, it isn't a leftist thing, or a rightist thing. There were probably poser provocateur's in the crowd that demanded Jesus' crucifixion! It's a pretty old, tried and true tactic.

originally posted by: SirHardHarry
The white nationalists and their republican apologists are just angry they didn't do it first.

Lincoln Project is still around?