Biden: Police, Emergency Responders Should Be Fired if they Won’t Get Vaccinated

posted on Oct, 22 2021 @ 07:40 PM
link
How do we know if Biden & Admin were vaccintede with the same Covid vax they preaching the whole population to get? Biden is suggesting any Emergency responders who refuse the sliver bullet vax should be fired if they dont get it.

But how do we know if the Biden admin has gotten the vax? when they problary even faked the second dose with a fake background?


Biden: Police, Emergency Responders Should Be Fired if they Won’t Get Vaccinated

Anchor Anderson Cooper said, “Mr. President, let me ask you a follow-up about that. As many as one in three emergency responders in some cities like Chicago, Los Angeles, right here in Baltimore, are refusing to comply with city vaccine mandates. I’m wondering where you stand on that. Should police officers, emergency responders be mandated to get vaccines? And if not, should they be stay at home or let go?”


Biden said, “Yes and yes. By the way, by the way, I waited until July to talk about mandating because I tried everything else possible. The mandates are working. All this stuff about people leaving and people getting it, you have everyone from United Airlines to Spirit, all these airlines all 96, 97% of the people have gotten the vaccine. All the talk about all these folks who are going to leave the military if they’re mandated. Not true. You got about a 90 some percent vaccination rate.”

posted on Oct, 22 2021 @ 07:58 PM
link
Biden doesn't even really know whats going on, I'm sure he is fed an alternate reality by his handlers about how deadly Covid is and how he's doing a great job saving the world. Sadly, a lot of people want to also believe in this alternate reality and are willing to sacrifice everything to make it true.

I heard somewhere that human psychology is being weaponized...so true. The ancient philosophers would be so disgusted by what humanity has become.

posted on Oct, 22 2021 @ 08:09 PM
link
Biden, or rather his handlers, are quite clearly purposely doing all he can to destroy the nation as quickly as possible:

1. Fire health care workers, police, ..... because they don't want the government to force them for whatever reason to inject substances into their bodies. (I'm vaxed and am appauled at this)
2. Say there is no end in sight for rampant inflation.
3. Shut down oil production/pipelines in the US, encourage Russia to build a pipeline, make nations that loathe the US our only source of oil/energy.
4. Spend trillions more on social programs and call it infrastructure, further bankrupting the nation.
5. Demand government full access to all bank accounts that have over $10K go through them in a year.
6. By being ok and encouraging what Seattle is doing (Seattle may fire 40% of it's police at a time when many have retired/quit and recruitment is dismal) leaving Seattle mired in horrific violence and crime. Biden thinks this is necessary if the entire US has to do it to force people into getting something injected into their bodies they don't want.

This is exactly what Biden supporters voted for:

race relations in shambles with all whites told they are born evil oppressors and all blacks they are born oppressed and history has proved this has always been and will always be, Biden gave a huge grant for CRT to be pushed in the entire nation

Biden supporters and voters got their way for sure,
destruction of the American way of life liberals and Democrats all hate and loathe so much

A much deserved knock down of the nation
rapidly falling into a third world lifestyle:
because liberals and Democrats hate the USA
and see it as basically evil.

Libs and Dems see US citizens as historically
and inherantly evil/racist/sexist/homophobic people,
they teach this to children in schools
and call parents who object domestic terrorists.

Libs/Dems think US citizens deserve to be knocked down
as low as possible as quickly as possible.

With even our allies like France pulling ambassadors out of the US
because of Biden's decisions, angry and upset with Biden -
alienating our allies -
because the US is so fundamentally evil
the liberals believe that it doesn't deserve allies anywhere, but needs to suffer.

edit on 10/22/21 by The2Billies because: formatting grammar

When no one puts out the fires or comes to collect the crooks, do we call that a failure of capitalism then because those are the examples the collectivists always point to when they explain how socialist we already are.

But unless they get the super-health-jab, Orf with their paychecks.

What a balloon head biden is... I want to see his medical records that prove he has had the vaccine, not just a written note on his record, but that show his vaccine induced ubermensch antibodies.

posted on Oct, 22 2021 @ 08:21 PM
link
I still trying to understand why Democrats hates America and americans, is still beyond me, un less the majority of Democrat followers are illegals, foreigners that do not give two rat asses to what US becomes as long as they get a monthly check in their mail. 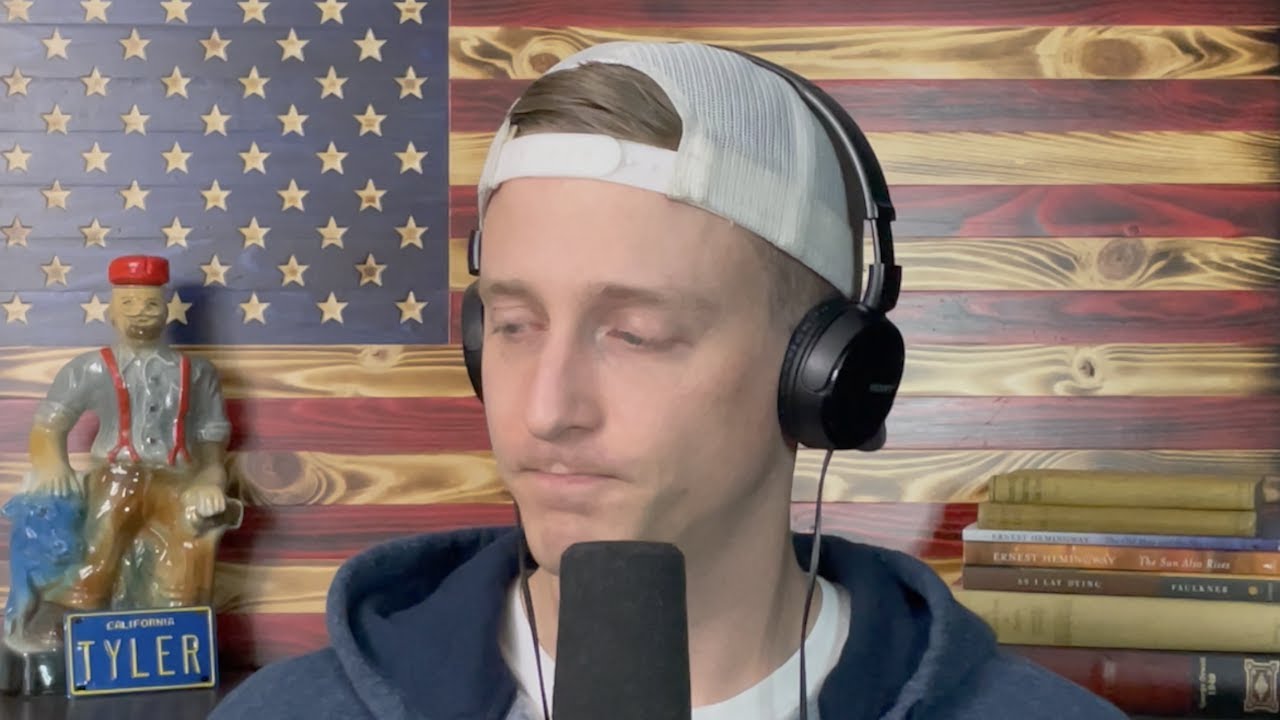 These handlers seem to be in every Democratic Countries pushing the same polices. Even in Canada, in pron vices like in Ontario there is a hospital where you cant go there unless you are vaccinated.

The ford government facial expression is enough to show that he caved in because of pressure.


I am sure they did with probably saline solution. If they did there is no reason to be pushing these vax mandates/passports. You say its a choice to get the vax.

Many are getting vaccinated because their jobs are being threaten. If there was a choice they wouldn't threaten you by losing your job.

posted on Oct, 22 2021 @ 08:32 PM
link
We need an America 2.0.
They are intentionally looking to create mega chaos as this trickles out into food shortages, more riots and lootng runs once the herd gets wind that its all running out. Fricking communist.
edit on 22-10-2021 by starshift because: Type

The left couldn’t wait to throw all those hero’s under a bus as soon as they act against the current narrative.

The left couldn’t wait to throw all those hero’s under a bus as soon as they act against the current narrative.

This Tablet article had a good take on it.

It's driven by the monied white working class who spent most of the pandemic holed up working at home. They're the ones who never felt much pain from things to begin with and while they were safe in their McMansion castles, they could call all the frontline workers "heroes" for dealing with the unclean and being unclean themselves.

But now those same people want to get out and get on with the business of living, and they want to feel safe, so they want everyone to be vaxxed.

How dare the "heroes" not roll up their sleeves to make that a reality, and who cares if those unclean people most likely already had COVID because they did what they did before? That thought doesn't make the white leftists feel safe!

Now, of course, vaccines and mandates are the talk of the town, and the class-driven divide between the working class and the elites continues to grow unchecked. Almost overnight when the Biden administration took over, we went from “America is racist to its core” to “trust the government implicitly, take your shot, and show your papers.” Los Angeles County just passed one of the most sweeping vaccine mandates in the country, requiring the shots for everything from bars to gyms to indoor city facilities.

You’ll be forgiven if you suffered narrative whiplash. The sneering contempt many in the left-wing pundit class have demonstrated in their recent rhetoric about the “unvaccinated,” many of whom are lower-income people of color, is in direct opposition to the years of “diversity, equity, and inclusion.” These days, the men and women who worked through the whole pandemic are being shamed and patronized by the very people whose cushy existences they facilitated for a year and a half. The liberal elites who holed up in the Hamptons and didn’t have contact with the outside world for a year are ready to get back to their SoulCycle classes, even if it means firing a few people they once called “frontline heroes.” The irony of the same people who screamed in the faces of policemen at the height of a pandemic turning around to demand that these cops now shut up, stop asking questions, and get vaccinated is almost too much to bear.

There's more in the piece, but that quote gets the crux.

Fire season on the left coast is gonna get all kinds of interesting next year.

posted on Oct, 22 2021 @ 09:15 PM
link
I say go for it... Fire them all. If I was in any one of those fields I would do it for them. And then when everything is on fire and you can't go to the store (not that there would be anything there to buy) without protection, then let's see how they like it. The left always talks about how bad America is, well I say let's give it to them. Us in the south, we'll be just fine, we have guns, ammunition and the support of our neighbors. The cities would go down in flames.

originally posted by: Oppositeoftruth
I say go for it... Fire them all. If I was in any one of those fields I would do it for them. And then when everything is on fire and you can't go to the store (not that there would be anything there to buy) without protection, then let's see how they like it. The left always talks about how bad America is, well I say let's give it to them. Us in the south, we'll be just fine, we have guns, ammunition and the support of our neighbors. The cities would go down in flames.

I've said with pain in my heart for us fellow Americans. Convenience is what destroys a nation over night. Better get use to coming our way because there is a reason for the season and that season is/was the Biden/Obama season now raining down upon us.
Oh, if you think the govt. stockpile of food is going to you, nope, its going to go to the illegals first in line. That my friend is the truth, why, because they are easily controlled and living in a controlled environment .