Taiwan (ROC) is NOT a question - it is a done deal

page: 1
16
<<   2 >>
log in
join
share:
JBurns
+2 more
posted on Oct, 14 2021 @ 04:10 PM
link
And has been since ratifying its 1947 constitution. The Republic of China is a separate country from CCP occupied China. The CCP always refers to this as "the Taiwan question" as if they can will its status as a sovereign nation out of existence. They have a functioning government, military, intelligence apparatus, civil law enforcement & courts. Make no mistake, The ROC is a country. In fact, it is far more legitimate of a country than the CCP occupied territories.

The CCP will keep saber rattling. But ultimately, the pathetic number of warheads it could unleash pale in comparison to the massive US inventory. We would wipe the floor with the CCP. Their bombers wouldn't even make it past our tactical fighters that surround them. Their submarines would be lucky to hit Washington state. And our missile defense capabilities would eliminate at least some of the missiles calculated to pose an actual threat to US cities or military infrastructure.

Meanwhile, a single Ohio class boat alone can deploy 200 independently targetable warheads. At least 3 or 4 of those are likely to be within striking range of mainland CCP occupied territories. Our land based ICBMs would also be fired, since they are sure to be prime targets for CCP aggression. Finally, a massive air to ground nuclear bombing campaign (cruise missiles for the B-52s) would be undertaken.

If the CCP wants a fight, we should give them one hell of a fight. We should strike first, while the element of surprise is on our side. This will severely limit the number of launches on the CCP aggressor's behalf. We should follow it up with a 500,000 strong ground invasion to deny, disrupt, degrade and destroy the CCP capacity to make war, to challenge any country on this Earth or to continue spreading its poisonous lies in the form of communism.

Our ring of allies and military bases ensure a successful first strike. They would be lucky to fire off a few division's worth of road mobile TEL. Their submarine missiles have garbage range.

If only we had a government with some intestinal fortitude.

The revelation that China is building a military base in Cambodia cannot go unanswered. If we do not exploit our status as a superpower, we will surely lose that position - or worse - be forced to share it with the CCP. Neither outcome is acceptable, we are justified in any act to preserve our dominance over the CCP and ability to eliminate them without warning or cause up to and including total nuclear war.
edit on 10/14/2021 by JBurns because: (no reason given)

If the CCP wants a fight, we should give them one hell of a fight. We should strike first,

who is asking for this fight exactly.....either way innocent soldiers dying because...

We should follow it up with a 500,000 strong ground invasion

oh ok, your all for invading another nation, will you be on the front lines risking your life? because of the evil communisim, it sounds a little like the 1950s again

Bankruptcy means little when you already have the military assets. Its not about money, its about what you physically have in your hand (under your control) or not. And we have the ability to remove the CCP from existence, we should do so immediately.

No desire to police the world. And yet, eliminating any threat to our global dominance must be top priority. If they don't want to be attacked on a surprise massive scale, they bend the knee or else.

oh ok, your all for invading another nation, will you be on the front lines risking your life? because of the evil communisim, it sounds a little like the 1950s again

They would laugh my old rear end out of the recruiting office. But you better believe I'd be trying my hardest to go. Fighting the evils of communism is always worthwhile, no matter the cost.

Apparently you did not grow up during the cold war. Every last one of us knew the cost of ridding the world of communism. We knew we could go from citizens to soldiers overnight. And we accepted it. Proudly. We then won the 50 year cold war. And we will do it again.

And one day, one day very soon, we will have the honor of erasing all communism from existence. If it takes nuclear fire and brimstone to achieve that magnificent feat, then so be it.

A wise position. Although given their nuclear arms, it is mostly irrelevant. There aren't invasions any more. There are strategic missile strikes. And letting them build up to the former USSR levels is unacceptable. We deal with it now while they are still weak and vulnerable.
edit on 10/14/2021 by JBurns because: (no reason given)

yikes, now your suggesting mass genocide using nuclear bombs, although the USA does have the only record of dropping a nuke on another nation killing innocents on a massive scale, I thought we learnt from history, I guess not in some minds

I think a good night sleep will calm you down....I hope

We have merely demonstrated our will to use nuclear weapons in combat, and the resolve to continue using them until our desired outcome has been achieved.

There's a persuasive element to "You saw what one bomb did to you, now surrender or face that 1,000 more times"

Given the fact we could most likely field around ~900 warheads on a moments notice. That leaves just over 2,000 active warheads on short notice reserve, and a few thousand more either awaiting dismantlement under START (2?) or tactical grade weapons deployed around the world for non-strategic use

Makes little difference, the fools that currently occupy our own government will never have the guts to launch on them. They will let the CCP enemy continue to build up its forces, develop more missiles with better delivery systems, and contemplate second strike (ie survivable) capabilities

Hitting them while they are weak makes sense, from a strategic standpoint.

Hitting them when COVID first struck them made even more sense. Kick the enemy while he is down and all of that. But Trump let us down big time on that one.

Just in case you missed the first cold war, welcome to the new one! You will be wishing they had gone with my suggestion, just wait!
edit on 10/14/2021 by JBurns because: (no reason given)

posted on Oct, 14 2021 @ 04:47 PM
link
I applaud your strategic thinking & understanding of the very real and active threat of CCP China.

However, it's not so much a question of intestinal fortitude--I've come to believe--but rather our national security apparatus is compromised by...Globalists. Or their puppets. General Milley anyone?

China is not only the working model, they're the chosen replacement for the new economy. And, importantly, how to totally control the masses.

If I survive the planned destruction of our economy & super-power status, I don't know about you but my social credit score is gonna suck. 😬🤐

Taiwan needs 2 or 3 boomers of their own. That should considerably reduce the need for U.S. involvement.
edit on 14 10 2021 by tamusan because: (no reason given)

When will you be bombing and invading Vietnam (again), Cuba and North Korea because its communism you want to see destroyed isnt it, not the lives of innocent people living under these regimes.

So it will be more 'freedom' bombs being dropped by the USA to help turn these countries into war torn states, will you be taking in the migrants from said countries or is it "nuke the site from orbit" attitude and bug out, perhaps send in American companies then to rebuild these countries with a $tarbucks and McD$ on every corner.

Have you not got an xbox or PS, cant you just play warzone against someone Asian to pacify your warlust?

The CCP has one of it's biggest allies in the Whitehouse and the controlers of biden would do nothing.

posted on Oct, 14 2021 @ 05:29 PM
link
While I think that would take China out the big question is what about Russia, Chinese sleeper cells and the rest of the world I can't see them just sitting by what kind of response would we see from those entities and what would be your plan for them?

originally posted by: JBurns
The CCP will keep saber rattling. But ultimately, the pathetic number of warheads it could unleash pale in comparison to the massive US inventory. We would wipe the floor with the CCP. Their bombers wouldn't even make it past our tactical fighters that surround them. Their submarines would be lucky to hit Washington state. And our missile defense capabilities would eliminate at least some of the missiles calculated to pose an actual threat to US cities or military infrastructure.

All well and good, but only if the USA has a competent, trustworthy, leader with a spine... which we currently do NOT have in the White House. Biden would shake his finger at China and weakly say "please don't do that" at most if they decided to invade Taiwan. Such is the price of allowing a stolen election and the illegitimate byproduct of that theft to stand in the White House.

originally posted by: stosh64
a reply to: JBurns

The CCP has one of it's biggest allies in the Whitehouse and the controlers of biden would do nothing.

Better question, how quickly would the US media label any top ranking general who disobeyed Biden and actually followed through on this country's commitments to our allies, maintaining global peace in the process as a "traitor" and demand he be charged with treason while the ink is still wet on all the articles they wrote praising Miley as a patriotic hero?

I'd accuse you of being Joe Biden's ATS account... but you're able to communicate in complete sentences. 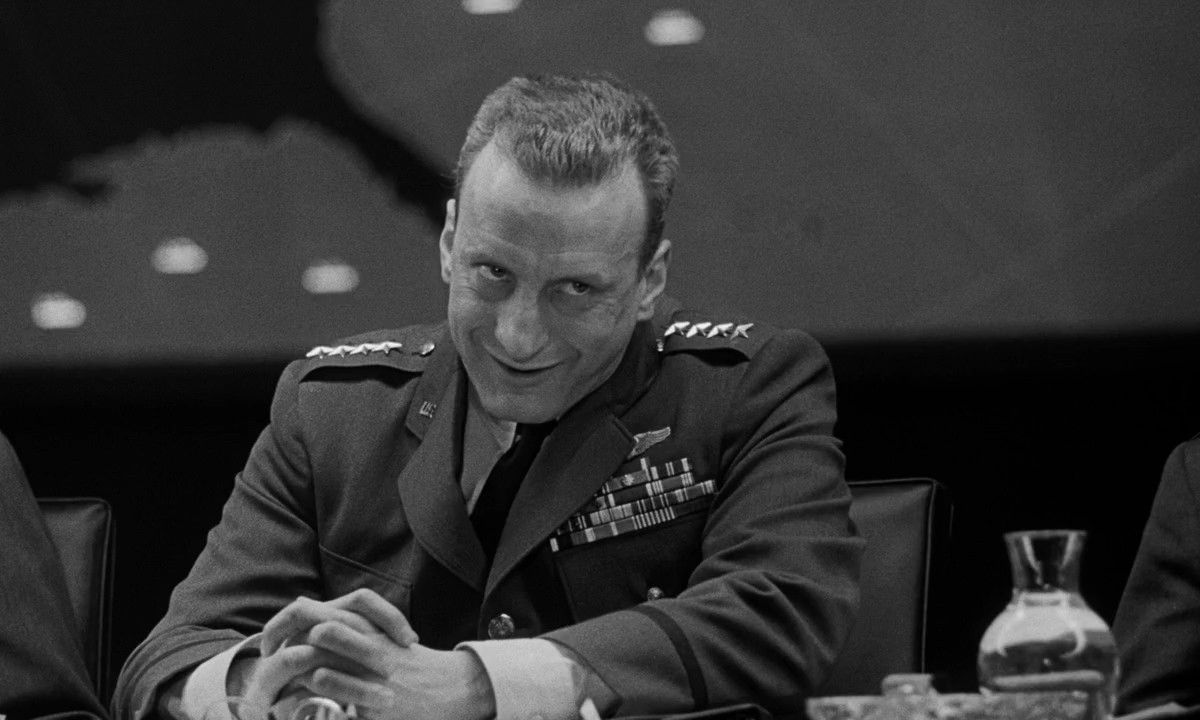 Alrighty there Gen. 'Buck' Turgidson or is that General Jack D. Ripper?

Capitalism is slowly winning the war for us in China. China is not doing so hot as far as their economy is concerned and they need us as customers. The likelihood of them attacking us or Taiwan is so remote as to be almost laughable.

All the chest-thumping they have been doing is for internal consumption. Propaganda to feed THEIR masses, to keep them under control, and to remind us that they can fight back if we get uppity. MAD worked and still works.

I'd accuse you of being Trumps ATS account..........but you still hold some power

Thanks for bringing up some counter arguments to my points.......oh wait you just went for the name calling

let the bombing begin the American public demands another war , then they will blame the MIC in 20 years time when a shadow government they install falls flat, the cycle of madness continues

There was no point to counter, no position to oppose. You posted #... which technically only has constipation as an opposing view. Is that what you were seeking? Here, have some cheese... it has binding properties. Perhaps a good solid dose of opiates? In closing, my argument to you is best summed up by steaks served with an immodium milkshake chaser.

You literally have to have a point before someone can counter it and, honestly, posting ridiculous horse# generally will lead to reception of a similar nature in response.