lol! I certainly did. My words were honest. No sarcasm. That's why I said you did well in showing the OP how to obtain similar pics as the ones he misses,

I hope this makes clear you simply over-reacted. Now, tell me, is it because in these forums one never expects the other posters to be sincere? What made you think my words were sarcastic?

I'm deeply sad how irrationally defensive social media turns people. Yet, I forgive you for your mistake.


For the way you said it, I didn't over-react. But, what I now think you meant, having explained yourself better, I did over-react. I apologise for the misunderstanding. Sorry about that. It's not that social media turns people so much in this case, as the written word is hard to convey inflection and it becomes hard to tell how a person means something.

Agreed. I thank you for being honest and glad the misunderstanding is now solved.

originally posted by: TrulyColorBlind
a reply to: Ophiuchus1
Is this what you mean? 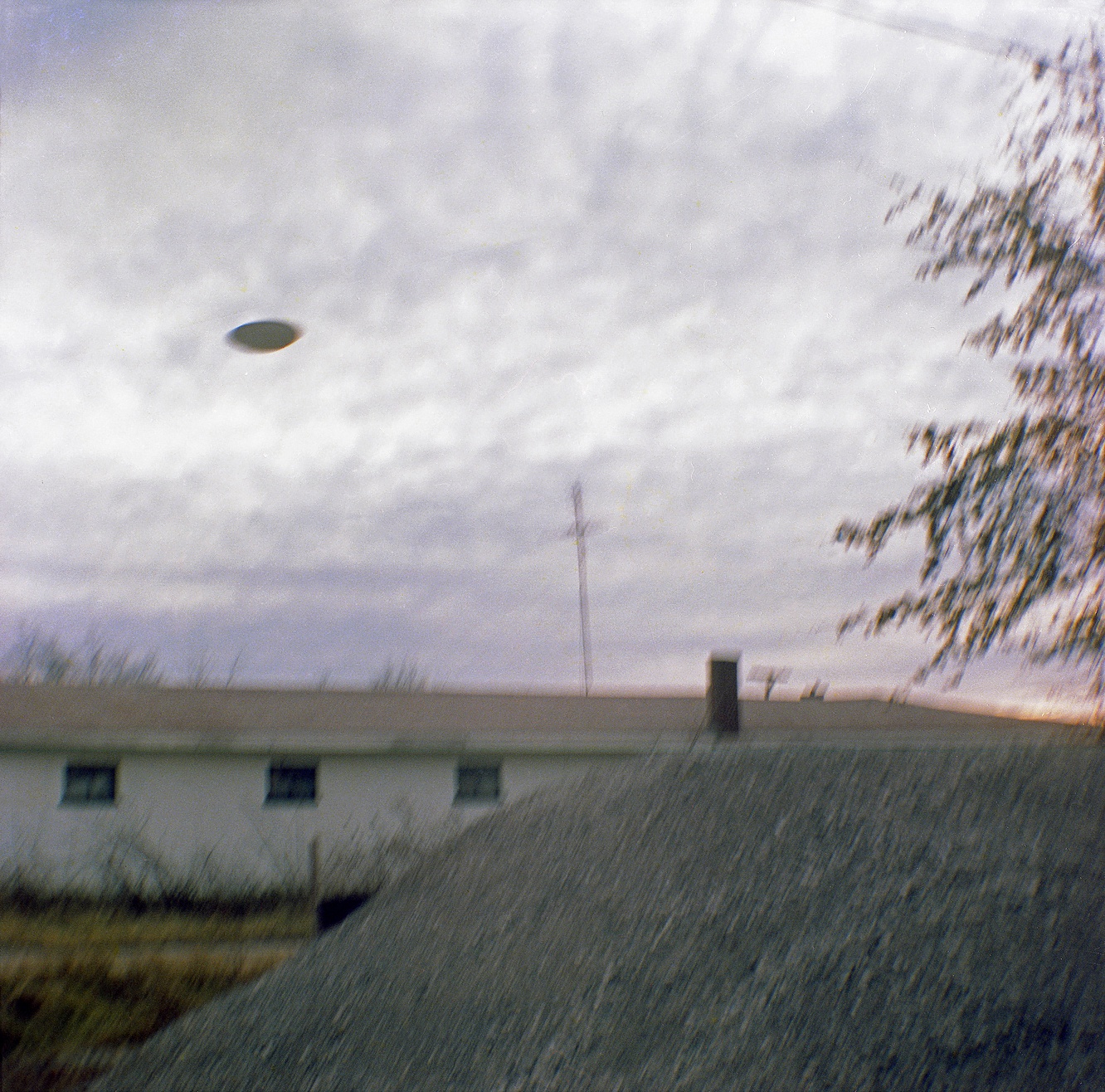 I took that in 1977, with a Kodak Brownie Hawkeye Flash camera. I have always been interested in U.F.O. pictures and wondered how many of them were real and how many were fake. So I hit upon the idea that the only way to be able to spot the fake ones was to try to replicate the process myself. I got pretty good at figuring out how to spot fake ones; used a lot of different techniques, too. The above shot is what I call the classic "Pie Pan" shot. It's just some sort of round item or plate-type object thrown into the sky and photographed. This happens to be an actual pie pan.

Edit to add:
This was one I shot in 1978 and it resembles the very first one in the OP: 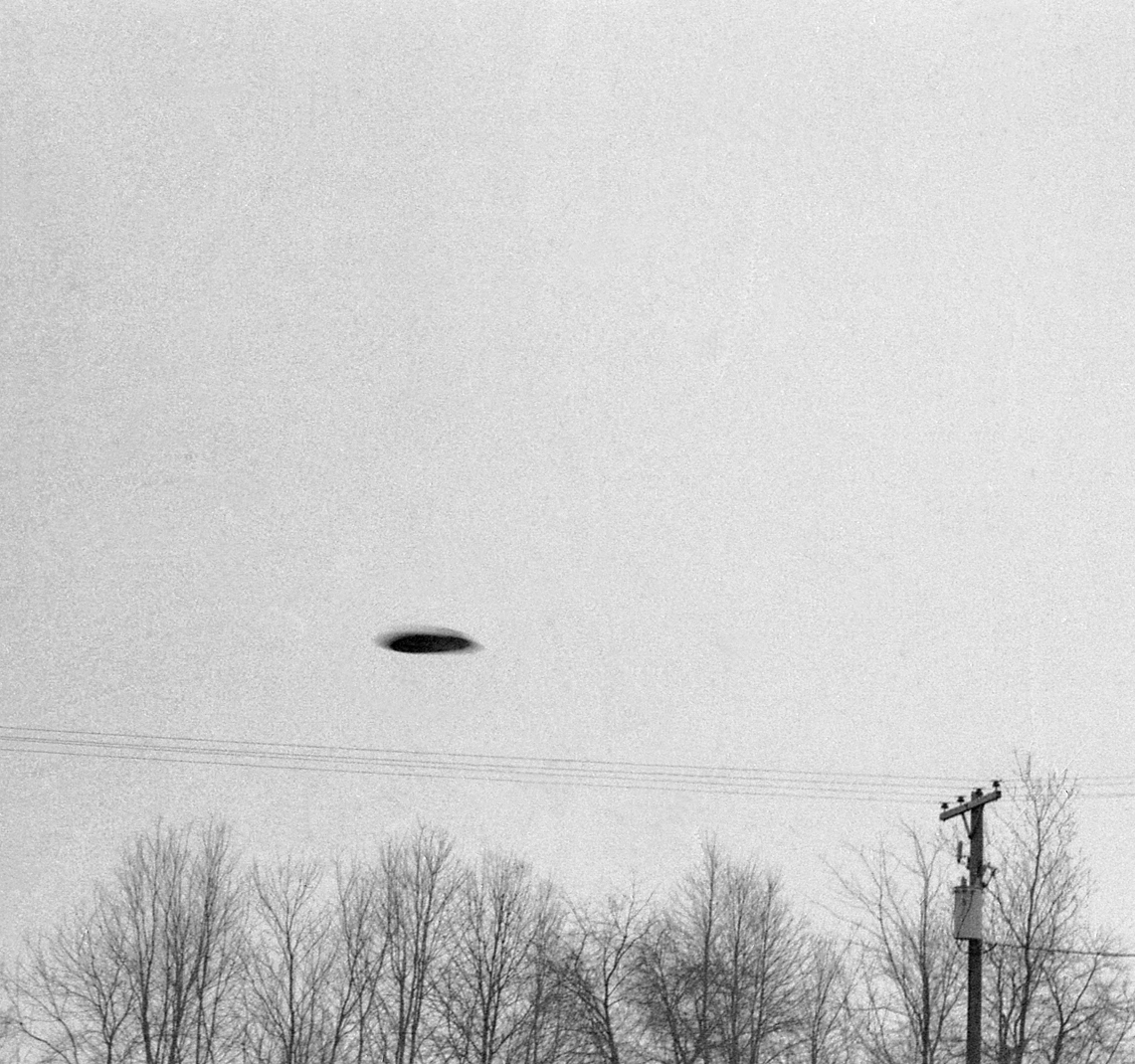 It happens to be another one of my classic "Pie Pan" shots.

Yes….it is what I’m talking about….had your pictures been posted as an OP in its own thread…..the back and forth subsequent member posting would have carried the hoax, no hoax conversation lengthier than a picture of some, in the distance, indiscernible bright light dot in the sky….imo.

You certainly have a career in special effects. Could have fooled me and possibly others. The first shot adds that bit of……”I rushed to get my camera, my hands weren’t steady….that’s why it’s kind of blurry…..” dialogue. The second shot ….”there was what appeared to me, as an aura around it….” Etc. Etc…

In general, I don’t think, all “classic” (pre-photoshop or cut and paste) Flying Saucer shapes can be ruled out as pie tin, hub cap hoax’s. For anyone to confidently say so, would mean that a person would have had to have seen and personally analyzed every picture ever taken , worldwide, that was offered up as possible evidence since the day the first photo of a UFO was snapped and published for the general masses decades ago.

It’s ok to be a skeptic or believer, that’s what this forum is made of. I guess I’m just wanting to see better closeup pictures with greater detail and definition offered for debate. I don’t think I’m alone in this camp.

posted on Oct, 12 2021 @ 10:50 AM
link
times change, the relic of a roadster is now a AI directed/ exotic-plasma energized inter-dimensional conveyance..


here's a post and topic right down your alley;


ARTICLE: Mysterious radio signals are coming from the centre of the Milky Way
Jonathan Chadwick For Mailonline 5 hrs ago...10/12/2021 11:20am EASTERN
text:

'So while we don’t know exactly what is causing them, we are confident it is a natural, astronomical source.'

the approaching Mother-Ship loaded with Michael's troops, intending to invade Earth using the Dyson-Sphere with a captured star as the energy source for the formidable weapons the Mother-Ship has to deploy against Earth and lucifers' troops-of-fallen Angels

I doubt that makes a difference, as the more recent "old style" cameras were also electronic, only the image capturing method wasn't.

Digital cameras capture a wider spectrum than film cameras, as their sensors are sensitive to near infrared, that's why they can capture the light from a remote command.

Not on today's use of the word, meaning edited on a computer.

Almost all things we can do on Photoshop are possible to do in a real photographer's camera + lab.

I doubt that makes a difference, as the more recent "old style" cameras were also electronic, only the image capturing method wasn't.

I think, as I agree with Kocag, that mechanical cameras without the need of batteries and or electronics has possibly better survivability for taking pictures of UFO’s up close and personal. It’s been said that UFO’s have a trait of draining power sources when nearby.

Here’s some info on mechanical cameras vs electronic cameras….

As I said on my post, many film cameras were also electronic, with electronic focus systems, for example, or with motorised film movement, so things are not that separate.

These early photographs are fake, or at least a very large percentage are. The people in those days only had sci-fi and the term "flying saucer" to go by.
So the reports from those days, that are completely different from the typical saucer are more credible in my opinion. I have read some from pre 1950 reports that are very similar to some of the modern descriptions.

On a side note due to my own experience, I believe there are many different craft (or what ever they are) and they may not all be here at the same time. Maybe some have come and gone, or maybe they visit at random times.

These early photographs are fake, or at least a very large percentage are.

On a side note due to my own experience, I believe there are many different craft (or what ever they are) and they may not all be here at the same time. Maybe some have come and gone, or maybe they visit at random times.


You have to admit though, we wouldn’t have fun fanciful charts like below….if it weren’t for hoax’s, hallucinations, “eye witness” accounts, etc..pictures and drawings…to give each of those craft depicted with clear detail and definition and some life….UFOlogy would be of less interest to folks without a frame of reference.

Boooooring …..where’s the fun in that? You can’t really let your imagination run with that, like you could with old school UFO shapes.

I always enjoy your posts

posted on Oct, 17 2021 @ 10:27 PM
link
I feel I have been jaded by years of hoaxers and the fact that it is nearly impossible to capture anything that can't be disregarded because technology has reached such a level that nearly anything can be faked and even if you capture something legit it will still fail to be taken seriously for said reasons. I do miss the excitement of sifting through the muck for something real though. I have my own experiences and need no convincing but I am sad for those who are still searching for grains of truth in a ocean of illusion. *sigh*

posted on Oct, 19 2021 @ 01:42 PM
link
My two favorite flying saucer photos...were purportedly taken (with his Leica R camera) by former WWII, German Messerschmitt 109 fighter pilot --- and flying saucer designer --- Andreas Epp; while he was recovering on the ground from war wounds in Yugoslavia.

I can't find the existing video --- except the VHS video that I have stored in my house) of the English translation of Epp's interview on YouTube ---- But this is the best one (in German) on YouTube --- Besides my own thread on Epp's purported flying saucer photos.

Or these objects that were 'reportedly' hauling major booty decided to pull the e-brake at the perfect time to get a nice crystal clear photo and then started hauling again after the picture..

posted on Oct, 20 2021 @ 01:33 PM
link
I'm hedging my bets...that flying saucer designer, ME-109 German WWII fighter pilot Andreas Epp actually saw a bonafide ET flying saucer at least once during his war service. How else would he try to design his own flying saucer (even though it did not get more than three feet off the ground) if he didn't know that flying saucer technology is feasible?

Whether Epp's two purported saucer photos is real or fake --- It certainly doesn't belie the fact, that the German Third Reich technocrats were not successful in building an interstellar capable starship of any kind.