posted on Oct, 7 2021 @ 05:35 PM
link
Well, its happening like many of you here have been predicting. A string of earthquakes does seem to be appearing along the "ring of fire " and because of the volcanic activity its most likely that these earthquakes are a result of it.
From this morning news, all I seen was water pipes broken and flooding in the streets. The railroad system there may have been shut down, not sure if its in operation this morning though. Lots of shaking. I haven't seen any structural damage yet.

An earthquake of 5.9 magnitude struck Japan's northwestern Chiba Prefecture, which lies east of the capital Tokyo, on Thursday evening, according to the USGS.

Japan Meteorological Agency first registered the magnitude as 6.1, with an initial depth of 80 kilometers (50 miles). The earthquake has since been updated to a 5.9 magnitude with a depth of 62 kilometers (38.5 miles), according to the USGS.

No abnormalities have been detected at nuclear facilities following the earthquake, Japan's Chief Cabinet Secretary Hirokazu Matsuno said during an emergency press conference. One is located in the nearby Ibaraki Prefecture.

Not affected by this quake where we live, but hope these quakes don't start moving south. I also think if we start seeing quakes in Hokkaido, we may start seeing Mt. Fujii trembling in the future. It did explode back in December of 1707, so anything is possible it seems like these days.

Mostly I'm worried about the nuclear power plants along the ocean. I wish the govt. would just close them down. We are seeing a lot of new solar panels being put up around the country though.

originally posted by: Kocag
Good you're all OK. Sending my prayers.

The morning news will be covering the quake more in detail so I might have an update later in the day. Not sure of any injuries at the moment, but this happened in Chiba where Disney Land is located also.

It looks like earthquakes around that size are pretty common there. 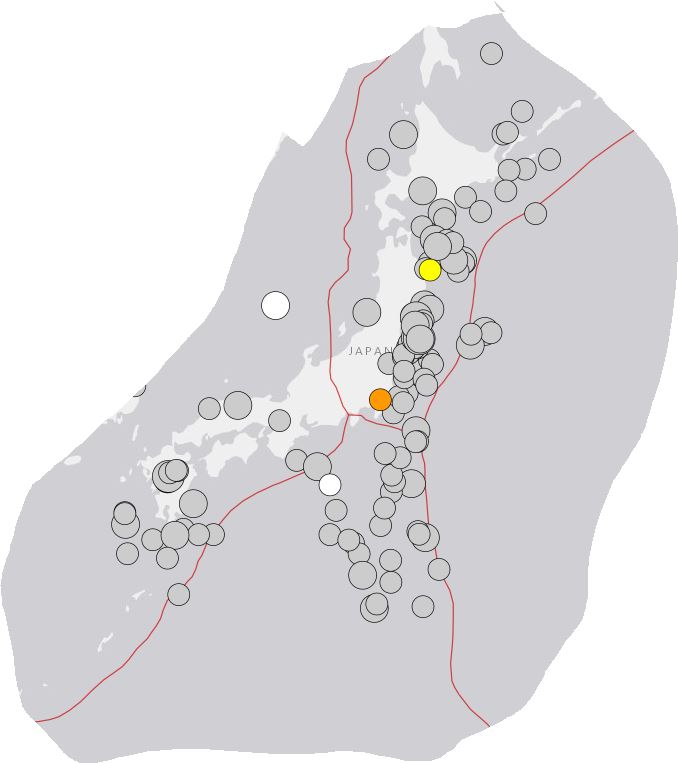 I know here in Alaska a 5.9 would merit about 30 seconds of news time, so damage would be negligible.

If I'm not mistaken, earthquakes around the "Ring of Fire" have been fewer than normal for the last few years.

Thanks for posting that. Some of Chiba around Disney Land is a land fill. So could be a lot of damage there. More news will be available online today.

It certainly has to do with construction materials, techniques, and the land it's built on. Old stick-frame buildings and homes seem to hold up really well.

posted on Oct, 7 2021 @ 07:13 PM
link
Respect to Japan, despite political allegiances with the US, they know how to build against earthquakes, all too well

we have had a few i have felt in Manila recently. definitely more, and felt stronger than in the previous few years. and mostly in the middle of the night it seems.

originally posted by: generik
a reply to: musicismagic

we have had a few i have felt in Manila recently. definitely more, and felt stronger than in the previous few years. and mostly in the middle of the night it seems.

You guys got some active volcanos there also, right ?

originally posted by: generik
a reply to: musicismagic

mostly in the middle of the night it seems.

But of course! Sleeping in the nude, although very healthy, might not be a good idea for a bit!!

Best regards/hope/prayers/wishes for the safety of all!