Saw this coming. Angry parents at school board meetings are now equivalent to domestic terrorists.

page: 1
27
<<   2  3 >>
log in
join
share:
Chalcedony
+6 more
posted on Oct, 5 2021 @ 07:54 PM
link
The National School Boards Association requested an investigation by the U.S. Departments of Justice, Education and Homeland Security and assistance from the FBI to maintain safety for school board members, as well as district staff and students.

The unruly and violent conduct at many school board meetings, plus death threats directed toward elected members, has risen to a form of domestic terrorism and hate crimes, the national group representing school boards said this week in a letter to President Joe Biden's administration.

And according to the national school board association's interim CEO,

Along with attacks related to requiring masks against COVID-19, "Many public school officials are also facing physical threats because of propaganda purporting the false inclusion of critical race theory within classroom instruction and curricula," the letter signed by Garcia and Slaven said.

"As these acts of malice, violence, and threats against public school officials have increased, the classification of these heinous actions could be the equivalent to a form of domestic terrorism and hate crimes."

This is how the evil left douchetards operate.

They can't debate on the merit of the conversation so they deamonize their opponents to silence them.

It's how cowards operate and it's pathetic.

Just another term made up by lefties who want to shut people up that they don't agree with (everyone else).
Similar to when some marxist made up the term 'racist' to shut people up in their tracks.
It's despicable, but that's the only way the left knows how to behave.
edit on 5-10-2021 by ancientlight because: (no reason given)

posted on Oct, 5 2021 @ 08:10 PM
link
this is what happens with an unfair media.
the progs make an assertion. the republicans are too weak and cowardly to oppose and the media obediently repeats the message without questioning or showing the other side.

as far as these leftists are concerned there is no other side. they are right and we are stupid and evil.

originally posted by: DBCowboy
a reply to: Chalcedony

This is how the evil left douchetards operate.

They can't debate on the merit of the conversation so they deamonize their opponents to silence them.

It's how cowards operate and it's pathetic.


I find it hilarious that the BoE (Bourgeoise of Education) seem to forget in their struggle to "make America Communist" who the Proletariats really are in the equation...

And some of them even teach "history".

Stuff like this makes you want to find a bureaucrat an yell at them.

I was going to make a thread about this, including showing the letter by Biden's AG in which they are pretty much agreeing with the national school board in making parents that protest this insanity the left keeps pushing into "domestic terrorists."

There is a video in which Lisa Monaco, the Deputy Attorney General of the United States of the Biden criminal administration in which she is being asked by two Republican senators why they are agreeing with the "National School Board" in making parents that protest this insanity from the left should be made into "domestic terrorists."

Here is the video, which is short.

Senator Cotton even asks in specific one example being put of a "domestic terrorist parent" when all that parent did was ask for a recess in school until this indoctrination BS is taken out from school curriculum.

Heck, at one point Senator Cotton asks Monaco if the Justice Department is doing something about the increase in murders in mostly far left cities, or thanks to far left policies, and the response she gives is that they are going after those groups that have weapons. then she catches herself and gives another inane response when she realized she spoke the truth.

Ladies and gentlemen, this is socialism and communism. This is exactly how socialists and communists operated in every nation that embraced these far leftist doctrines. Far leftists like AOC, and even at least some left-wing ATS members, are claiming "but this is a new form of socialism and is better..." BS, this is the exact claim by other socialist and communists dictators all whom made similar claims. The latest ones being Chavez and Maduro in Venezuela and Obrador from Mexico.

They also claimed "this is a new form of socialism." Chavez called it "socialism of the 21st century." But no matter what they call it. Now Sanders, AOC, etc are calling it "Social Democracy" which ironically is what Lenin called it as well, yet it is the same old forms of socialism and communism.

Socialism and communism are always going to lead to the worse dictatorships ever known to mankind. Those whom keep on claiming they aren't and "there must be a way to put together capitalism and socialism" are deniers of history. Socialism/Communism are anathema to Capitalism, individual freedoms and human rights.

This will always be the truth no matter what form of "socialism or communism" is invented next. Some socialism always leads to more and more socialism which end goal is to stop a free market, suppress individual freedoms and destroy human rights. it has always been like this and it will always be like this.

edit on 5-10-2021 by ElectricUniverse because: correct comment and add excerpt by Lenin.

posted on Oct, 5 2021 @ 08:25 PM
link
And we know the National School Boards Association is part of the NWO/Democrat Alliance.

Seems all "Member" school boards pay in fees for the protection racket.

No wonder the renegade school boards are arrogant and emboldened 🚨

What we're seeing is NOTHING compared to what would happen if school districts mandated force-injecting our children with these experimental vaccine drugs that are not needed, and potentially dangerous long-term.

If forced injections arrive, the school boards will quickly change their tune, and begin following SCIENCE, instead of the deranged evil people doing Biden's crazy bidding.

Millions of parents who love their children will see to it. I guarantee it, and cheer them on! 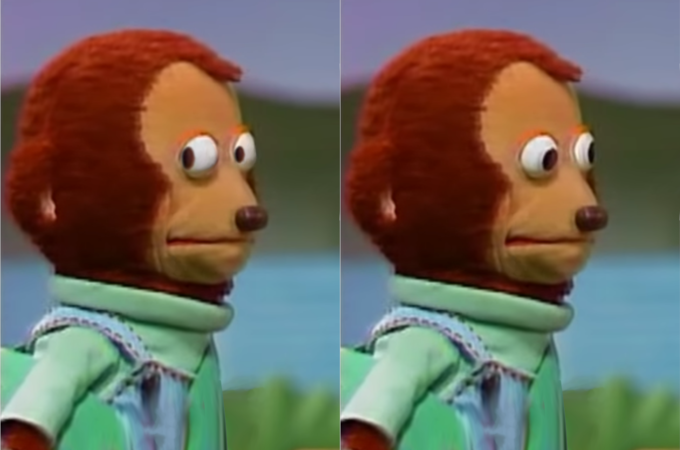 posted on Oct, 5 2021 @ 08:43 PM
link
Can someone point me to a comprehensive list of all these violent activities going on at school board meetings? I’m especially excited to read about the ones involving parents smashing windows etc.
edit on 5-10-2021 by Brotherman because: (no reason given)

posted on Oct, 5 2021 @ 08:44 PM
link
Wouldn't surprise me at all if parents were making threats, you don't mess with peoples kids and expect them not to get angry. The fact they have driven parents to the point where school officials are scared of them should be a very clear sign of how bad things have become. As far as I'm concerned, the people driving society insane are the real terrorists here, they are just too deep in a political trance to see it, so they go crying to granpa Biden and ask him to lock up these kids parents.

Ah yes, they don't even hide the fact of two tiered citizenry anymore.

originally posted by: Brotherman
Can someone point me to a comprehensive list of all these violent activities going on at school board meetings? Do m especially excited to read about the ones involving parents smashing windows etc.

I browsed thru the footnotes - mostly saw shouting, insults, "chaos" and people being rude, etc - and one guy who threatened a pharmacist for vaxxing people

Or maybe just held in solitary for months without charges or bail?

What needs to happen is #### joe Biden chants at high school football games where mom and dad can join with the kids in protest.

I want to see the compiled data of all these school board violence cases compiled by who ever that warrants all this non sense. I want to see what they’re talking about.

originally posted by: Brotherman
a reply to: squittles

I want to see the compiled data of all these school board violence cases compiled by who ever that warrants all this non sense. I want to see what they’re talking about.

It's funny because they're not allowed to disclose that information, we just have to trust their judgment based on hearsay.