It gets the hose

We have an Australian Shepard, and we've had him pretty much since he hatched. His name is Rhode (pronounced "Roadie") We got him in December 7-8 years ago. About a month after we got him we had a big snowstorm. I love winter, but sometimes it sucks when our hoses freeze up outside (we have miles of hoses). When this happens I have to bring the hoses inside into the basement to thaw them out. Once they're thawed, then I have to drag them back out again. These are 100' hoses, so it can be a real PITA. The best way I've figured out how to re-string the hoses is to get my body in the middle of the hose and use my body to drag the hose into place. It's a lot easier than trying to drag them from one end.

Rhode was about 2 months old, and he was outside with me as I'm dragging these hoses through the snow. All of a sudden the resistance on the hose got much easier. When I turned around to see why I saw Rhode had decided to help. He'd picked up one of the ends and was happily dragging it along with me. The snow was almost as deep as he was tall, but he didn't care. He was just a big fur ball bounding along behind me, wagging his tail. I told him he was a "Good Boy!" for helping me out.

Well, that was all it took. Just a single "Good Boy!", and he was a changed dog for life! Ever since then Rhode is feels compelled to drag a hose somewhere...anywhere. Now, when I was dragging the hoses out of the house that was fine, but once the hoses are in place they don't need to be dragged anywhere. No amount of trying to explain this to Rhode worked; he just LOVES those hoses! Pretty soon the hoses started springing leaks from all of Rhode's "relocation" attempts. Now it was becoming a problem.

One day my wife suggested that we just give Rhode one of the old "Holy Hoses" (as we called them) and he could have it for his very own. He quickly learned that was HIS hose, and he left all the other ones alone. He LOVES his hose! It's the fun-nest thing in the world to him. No other toy is anywhere near as fun as his hose is. Now, 8 years later, when Rhode goes outside, he makes a B-line for his hose and starts rearranging it. He drags that hose all over the place. He piles it up in a knot, then rearranges it again and again. It has to be "just right" (whatever that means). It's a lifelong quest to him.

One time his hose got lost in the tall grass and we accidentally covered it up with a load of dirt. Next time he came to the door he was covered in dirt. He'd dug through that entire pile of dirt to dig out his hose, and he had promptly "relocated" it and put it on display in the front yard for us to admire. It is the most mangled, ratty, hose you can possibly imagine, but it's HIS hose and he thinks it's the greatest thing in the world!

How about some video of Rhode and his hose? I bet that'd be a blast.

Is this really about your dog and a hose or is this an allegory for something else?

I was worried when I read the title.
But this is just #ing adorable!


No one's asking but since we're sharing: I let my girl of the check cord for the first time yesterday, she attempted to catch 2 crows and ran circles around a Husky. He couldn't keep up and I was so proud.
My little girl is a speedster.

Get your mind outta' the gutter, girl!!

ETA - LOLOLOL! **snort!** LOLOL! I just read the OP again with that mindset. How hilarious!! LOLOLOLOLOL!!!

How about some video of Rhode and his hose? I bet that'd be a blast.

Good grief! It only took me 8 years to figure out how to post a picture on ATS, I wouldn't have the slightest idea where to even begin trying to post a video here!!

I could probably take a video today even, but I wouldn't have a clue on how or where to post it.

Now I can't even read the dang thing without bustin' out laughing!

Now I can't even read the dang thing without bustin' out laughing!

It is the most mangled, ratty, hose you can possibly imagine, but it's HIS hose and he thinks it's the greatest thing in the world!

ETA - That is totally NOT the way I meant it!! I just spewed coffee all over my monitor!

It gets better the more times you read it!!


No other toy is anywhere near as fun as his hose is. Now, 8 years later, when Rhode goes outside, he makes a B-line for his hose and starts rearranging it. He drags that hose all over the place. He piles it up in a knot, then rearranges it again and again. It has to be "just right"

This might be the greatest OP of all time!

I have not laughed this hard in very, very, long time!!!

Great story! Rhode is a lucky dog to be able to play with his hose. I can't even find mine anymore! My wife says she hasn't seen it in a long time, either.

I think this thread could end up in RATS considering the way it's evolving.

Is this really about your dog and a hose or is this an allegory for something else? 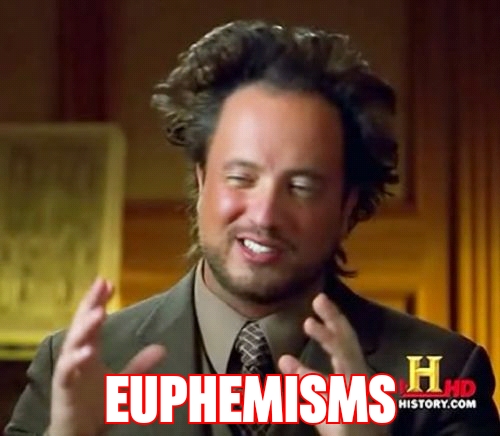 a reply to: Flyingclaydisk
Love this! Great way to have my morning coffee and a read. Dogs are endless entertainment and I can't help but love them even more.

My Murphy is recovering from a tumor that changed to cancer about a month ago. He's 7, but now he's acting like a spazz puppy with 110lbs of enthusiasm. He's been wearing a head cone for over a month now and I've given the name "Big Hat Karen".

**LOOK OUT! MURPHY IS SWINGING HIS HEAD AROUND AGAIN!! BIG HAT KAREN DOES NOT LIKE COFFEE ON THE COFFEE TABLE!!!!

His head to Solid and Soft items of obstruction ratio is destructive. You can see him getting agitated before taking out the Coffee Table, lamps, partly open doors, backs of knees, tv, lighter nobs on the gas stove....

The neck muscles are strong. As bad as I feel his dislike for his collar, it's been entertaining to see the pup in him strive.

I call those "The Cone of Destruction". I can't stand those things! All of my dogs have figured out how to use them as a weapon and/or a wrecking ball!

Same dog, Rhode, was the last one who had to wear The Cone of Destruction after he had some surgery. Nothing was safe! He'd come running toward you, all happy to see you, clearing off tables, bustin' stuff, smashing into furniture and then ram you right in the nards with that thing! ... "Hi Dad! Great to see ya!! Can I give ya' a kiss?? Love ya!"

He was like a 100 lb. wrecking ball. It got so bad I had to actually cut the cone down some because he was really tearing stuff up. He's not a licker anyway, so we eventually just wound up taking it off early. He was fine.

Yep, I know the cone... the most evil instrument of torture ever devised for the dismay of dogs and owners. If riot police were to wear these contraptions, I'm certain there would be no more riots... Forget the hose, evil cones is the future of combat.

Although, dogs do get good reception of their favourite channel, K9.


Nothing was safe! He'd come running toward you, all happy to see you, clearing off tables, bustin' stuff, smashing into furniture and then ram you right in the nards with that thing! ... "Hi Dad! Great to see ya!! Can I give ya' a kiss?? Love ya!"

In this situation I make the Cringe Face Look and brace for impact! Murphy is a LICKER.
He will turn his head into a thousand pounds. He will place his head on you and press all his might into you... Then commence the ROYAL LICKING. No bodily hair follicle is spared.

Got him a soft cone after the plastic cone carnage. Still no joy😆
This is him pinning me down now as we speak. Can't even do laundry without.... well look!😁 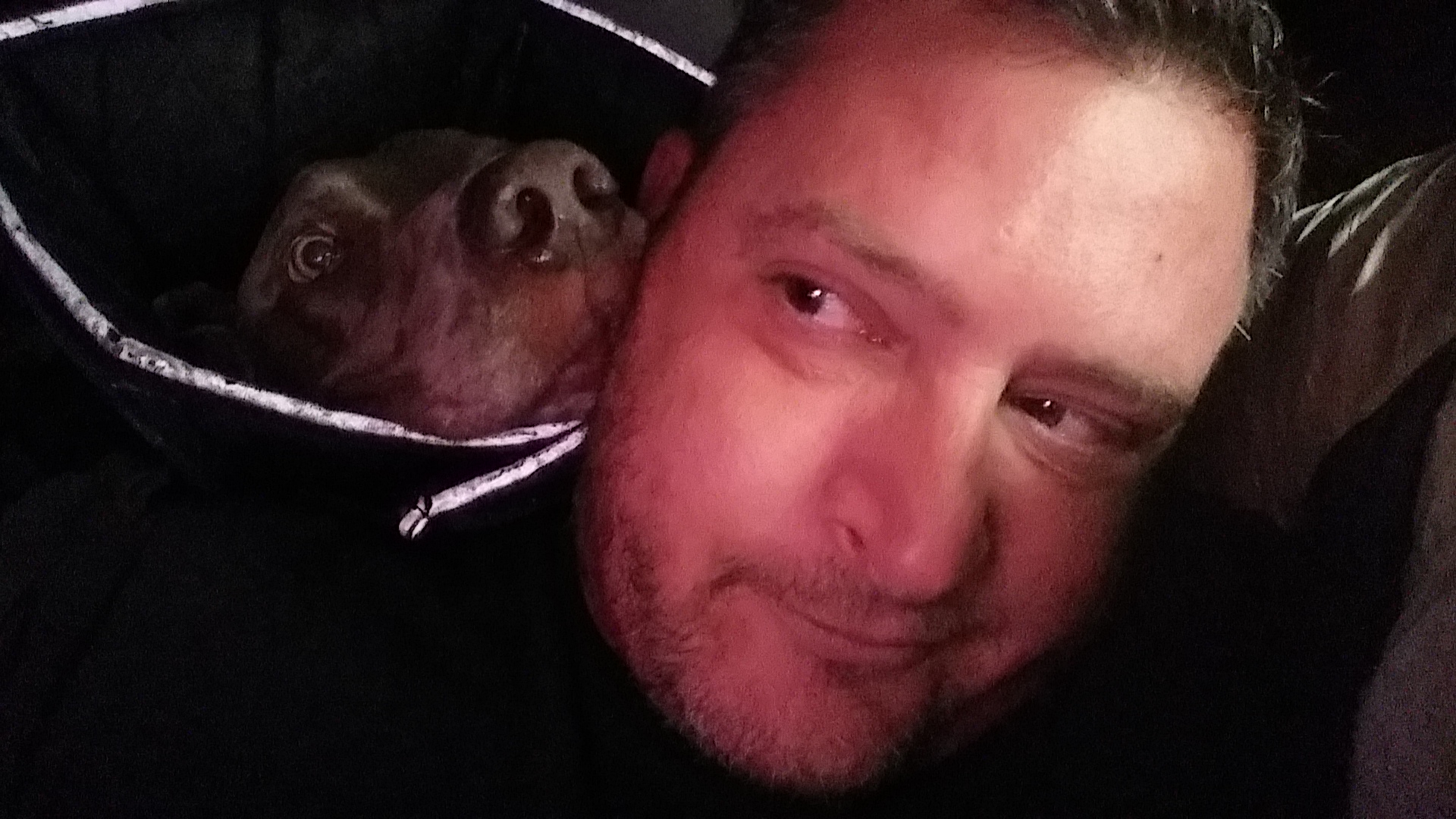 Edit: here's the picture i took the day before we found out he had cancer. You'll see a fatty Lipoma on his right upper shoulder. Overnight it swelled up to the size of a grapefruit and required emergency surgery. He's great now, oh boy👍🏼😊 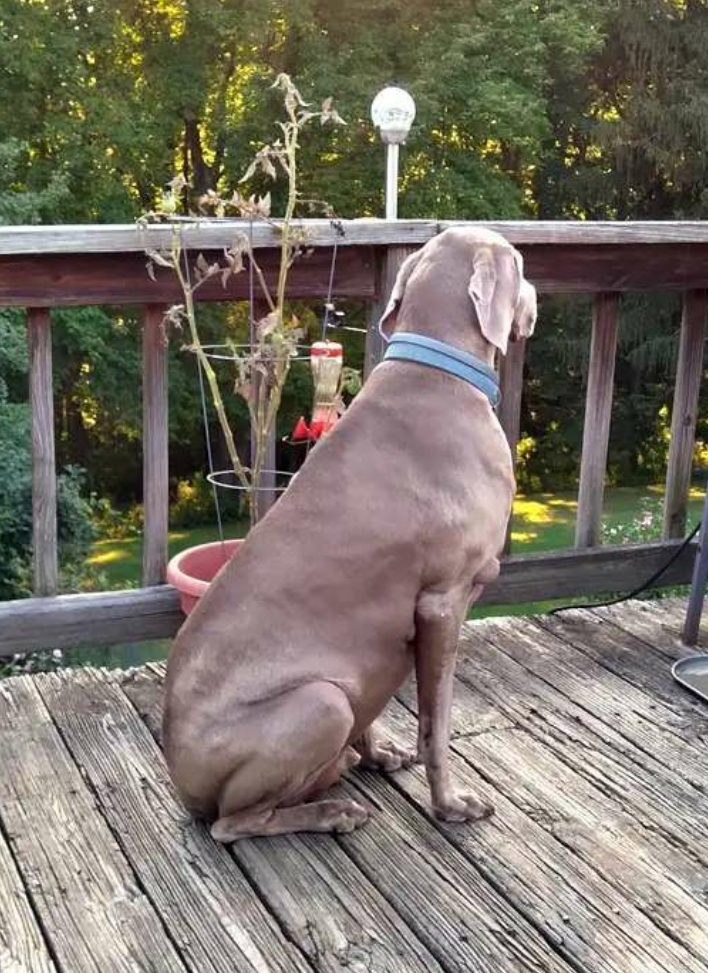 Right now it's a parabolic mic, I can't un-crinkle a wrapper of chips from a house away before Big Hat Karen has that cone clean up my backside. Any further up and I can skip my colonoscopy next week, he can give a full report for less than a taste of Liver Treats.

It's also acting like a parabolic scent receptor. He goes nuts outside when neighbors are cooking... and they're not cooking on the grill.
edit on 28-9-2021 by Bigburgh because: (no reason given)

I was going to comment, but then I saw your explanation. I like that soft cone idea! That's pretty cool.

And yeah, I forgot about the cone to the back of the knees...OUCH!! Especially in shorts!

One time when our ACD had a Cone of Destruction on (forgot what for) he was outside and saw a rabbit. I tried to call him, but you can't call that dog off a rabbit. I just had to shut my eyes; I couldn't watch! By the time he got to the fence he was going about a buck fiddy when he tried to dive under it...**BOIIING!!!** His feet were still going forward, but his body was sailing backwards through the air. When his feet hit the ground he just burned rubber right back toward the fence again...**BOIIING!!!** On the 3rd try he actually managed to snap the bottom wire on the fence, but by then the rabbit was long gone. When I got him inside he decided to take revenge on the house.


Nice!!!
I was watching a movie play in my mind as I read this.
Seriously, nice work!
Read it four times...