War crimes of Russia against civilians during WW2

posted on Sep, 27 2021 @ 08:56 AM
link
Yesterday I was responding to one of the threads which in my misfortune was already closed before I pressed send button.

Let's talk about Soviet crimes against the civilian population.

First, a small prologue from Russia's neighboring country. About brainwashing what the Soviet Union as well as later Russia has continued on in their country and against their own people ( they deserve the thruth too ). Twisted History has been taught in russian schools which started after WW2 the same policy as in North Korea, make people believe that they are the greatest and never did anything bad.. In WW2, the Soviet Union distorted information a lot to benefit itself and to wash its public image. I had a absolutely amazing long-term lecturer of history also social and philosophy bachelor as a teacher in high school years, he was a real eye opener what went on during WW2 and after (RIP).

In 1999 National Bureau of Investigation (Finland) started to investigate crimes against civilians Soviet Union made with their partisans groups which served under Soviet Union. Why so late ? Because Finland is next door neighbour and needed to keep some kind of international relations with them, Soviet was asked before to step up and admit their war crimes but they denied. A lot of data was gathered from people who were where attacks happened and also ex partisans of Soviet Union was willing to tell their story. Investigators of events also came from Russia and they apologized, this will not show in official stories in Russia.

During the Continuation War, Soviet partisans made dozens of attacks on small raven villages on the Finnish side. The partisans killed a total of 181 civilians on their expeditions between 1941 and 1944. Knight of the Mannerheim Cross, Olavi Alakulppi, tells of the worst experience of his military career, when he and his men found women and children brutally killed by partisans in Seitajärvi women were raped even as young as 12 years old, youngest victim was 2 months old baby.. The article includes shocking images and stories from the interviewees.

Locations of villages targeted by partisan attacks on the map 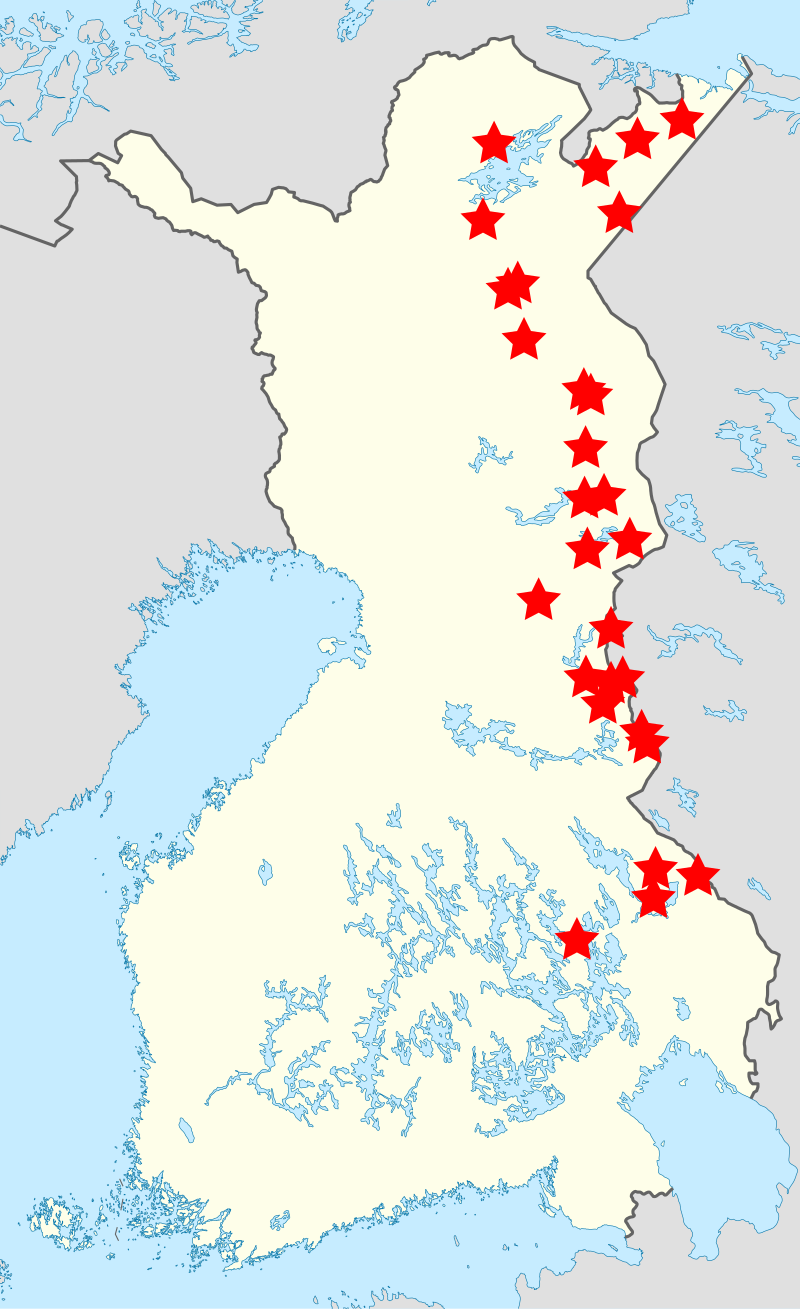 Fact of the matter is Stalin killed more people than Hitler or the Nazis ever did.

Same with Mao Zedong and his supposed government of the time.

Which does nothing to diminish the atrocities in any way whatsoever.

It does however somewhat prove how low we can go as a species and the fact that we allow, elect, or elevate, the complete and utter absolute wrong sorts of people to power, time and time again.

Twisted History has been taught in russian schools which started after WW2 the same policy as in North Korea, make people believe that they are the greatest and never did anything bad..

There was a ton of atrocities committed during WW2, by every side, that is the nature of the war, Oradour-sur-Glane, the allied bombings of civilians and subsequent firestorms in places like Wesel, Nürnberg or Würzburg, not to mention Nagasaki and Hiroshima.

To a certain degree it was a time of complete insanity by every nation.

In WW2, the Soviet Union distorted information a lot to benefit itself and to wash its public image.

I'm sure every country was also guilty of this to some degree, propaganda is another important aspect of war, regardless of nationality or political system.

We never stop that as a species, we are brainwashed by Darwin theory of survival of the fittest. Tho in early mankind it was physical fittest , in our era more like social Darwinism.

I don't necessarily disagree there dollukka.

Given the imperfect animal that we are any sort of utopia we endeavoured to produce is never going to fit, down to us being a square peg and the other a round hole.

That being said we can do a hell of a lot better and should always endeavour and strive towards a measure of equality for all.

Never happen all the same whilst we choose to compete over imaginary lines on maps, ever diminishing resources, and kill one another over petty religious indifference.
edit on 27-9-2021 by andy06shake because: (no reason given)

Religion, government even smaller social structures have a pecking order. Small feed those who are top of the pyramid. Government replace other and goals are still about the dominance in big countries. Russia is no better than Soviet Union was, when it comes to disinformation.
I remember when communist were in rule in Russia, there were a lack of food and people had long queues just to buy bread and we saw that in news. Once one truck driver told that he was taking meat to Russian border, everything needed be fine, exact temperature which needed to be measured many times during the drive, he took that cargo to Russia and when he unloaded the cargo there were Russians who load the meat on horse-drawn carts and it was summer. In Finland temperatures of the meat were fine and recorded and other side of the border were not.. Did Russians really care what condition that food will be for the consumers.. no, end consumers were at the bottom of pecking order..

The world needs to move on from WW2 and just move on. Never forget, but we do need to move on. All sides did really horrendous stuff. Even one military death through legal warfare, it's horrendous, just totally horrendous.

No doubt the Finnish did some pretty horrendous stuff as an ally of the Nazis. I never really checked it out yet I would almost guarantee they were in the thick of it when it comes to murdering Slavics and Jewish. The allies of the Nazis were on another level compared to the actual German population. I don't know if you ever read of the Romanians allies of Adolf.........

Just one study into what happened when the Romanians got into Odessa Ukraine. It's one of tye most awful things I read on the whole of WW2. Oh dear so bad so awful what they did to one of Eastern Europes most buzzing Jewish communities. So awful.

That whole period. So awful. Indeed I given up reading stuff from the past largely these days and concentrate on the now and hopefully a better world ahead.

This was posted in Huffinton post about the subject
LINK

Thanks for the link Dollukka. They mention the Finns, Danes, Bugarias. We also need to congratulate the Moroccans especially their amazing King who gave the FU message to the Nazis when they asked for deportations of their Israelities.

posted on Sep, 27 2021 @ 02:39 PM
link
Everyone talks about hitler, and nothing is ever said about Stalin who was a million times worse IMO.

Fun fact, during the German invasion of Russia, over 5 million Russians willingly joined the German army to get rid of their Commie dictators.

Funny how facts like that never make it in the school textbooks, almost like it’s by design.

Its to do with who writes the history books Cancerwarrior.

Meaning generally the victors and not the vanquished.

Take Churchill for instance who was arguable a great wartime PM.

However they don't talk much about his contributions where the likes of the Bengal famine are concerned which managed to kill 3 million people or how he made the situation worse.

Nor does the fact that he rolled Tanks on to the streets of Glasgow, turned lose on his own people in Georges Square to crush the trade union strikes get mentioned much.
edit on 28-9-2021 by andy06shake because: (no reason given)