This poll should terrify Democrats ahead of 2022

originally posted by: Stupidsecrets
a reply to: Waterglass

Mandatory audits to include subtraction of votes and lethal prison sentences for fraud convictions.

Do that and Democrats will never have power again.


Great Idea. The problem is the Democrats and the Republicans are in bed together and they aren't going to demand real election reform.

Our government is a fraud. They are puppets of globalist elites who funnel huge amounts of money through multi national corporations to control politicians, the justice department, every single government agency including the FDA and the CDC, our local and federal judges, the FBI, the CIA, and the media.

They do this in nearly ever country in the world. They have so much money at their disposal that they don't even bat an eye at the cost.

We are never overcoming that without drastic measures being taken.

posted on Sep, 23 2021 @ 11:23 AM
link
The real question is - once we are back in power - if we have the will to eliminate democracy and ensure "they" can never threaten decent people/civilization again.

Let them live with their shoe throwing/bus stealing illegal friends they claim to care so much about.

posted on Sep, 23 2021 @ 11:53 AM
link
puppet master of the demoncrats replace crooked hillary's picture with any dem and a few RINOS like mittens Romney 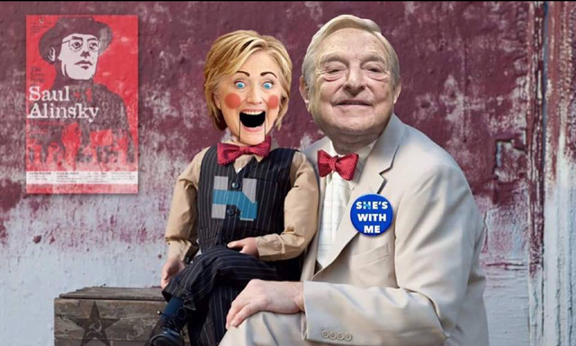 except for TRUMP he was are only chance....and its gone. I actually do not like the Bush's i just voted republican b/c they want to continue with the constitution and are not Marxists like the demoncrats

originally posted by: DBCowboy
a reply to: Waterglass

Democrats will do what they did last year and engineer a win, it’s no longer about the votes, or who votes.

It’s all about the win.

Joe Biden breaks Obama's record for most votes ever cast for a U.S. presidential candidate

Joe Biden in the most voted for President ever, for an US election.

Good, I am glad someone fixed them, as they did look like they were badly broken.

posted on Sep, 24 2021 @ 06:28 AM
link
Democrats will put a blackman or back female as their next candidate and the masses will fall in line.

Democrats got 13 marines killed with the most incompetent withdrawal ever

Democrats droned a van if innocent people, many children.

Democrats called china to warn them of any attacks

Democrats no cash bail purposely put in place to keep criminals out of jails and on the streets.

And all that cant stop them.

They use these outlets to bury stories or push other narratives

Democrats control and packed the courts.
They control who the choose to prosecute and who they will throw the book at.

Democrats control hollyweird where they use their money and influence

Democrats control college academia where they teach their anti American rhetoric. The status of a college professor has become a joke. Incredibly low standards

And the Democrats know they control elections now. It will always be a close race, blah.blah blah.

And most likely the Democrats are being paid off and have been infiltrated by enemies.
They are literally selling the country and its people out.


Way to Bloody the democrat propaganda!

Worth the effort every time!

Since your unvaxed how about going on a Texas jihad when the Democrats hold a convention in Texas and start with hugs and kisses for them all right on their smacker.

See how many you can take down with them Covid lips.

I feel like they left it to the last minute, and just chose him because Obama. It worked though. I really feel like AOC will be next.

They chose him because it was "his turn" and they didn't think they could win. They didn't want to waste one of their younger, more electable candidates. Same for Mondale, Dole, Kerry, McCain in past elections.


The question is will they destroy the United States before we get there. Not just elected but when those are sworn in. Just look at all the muck that is being rolled out daily against the Republicans in the MSM.

This poll should terrify Democrats ahead of 2022

Just 31% of Iowans approved of how Joe Biden is handling his duties as president while a whopping 62% disapprove. Biden's disapproval number is below the lowest ever measured by ace pollster J. Ann Selzer for former presidents Donald Trump (35%) and Barack Obama (36%). "This is a bad poll for Joe Biden, and it's playing out in everything that he touches right now," Selzer told the Des Moines Register. Biden's approval on pulling American troops out of Afghanistan stands at a meager 22%. Approval for his handling of the Covid-19 pandemic is now just 36% among Iowans. This poll is rightly understood as a blaring red alarm for not just Biden but especially down-ballot Democrats -- in Iowa and elsewhere -- who will be running in the 2022 midterms.

Our Democrat-run White House, Congress, and Main Stream Media (95% of all US media) are in PANIC mode. Fighting amongst each other while simultaneously destroying the fabric of America with forced Covid vaccinations, inflation running rampant, and labeling parents who disagree with school boards as "domestic terrorists".