Who Are You Anyway?!?

Well, I've been making it a regular routine about this time of day to introduce a thread that doesn't postulate how long we have left on Planet Earth, whether they'll have toilet paper in hell, or where we can buy some SPF 4,000,000 for the impending nuclear holocaust, but rather is purposefully frivolous and might perhaps raise a smile or two.

Anyway, I decided today to do this thread, and I truly hope some jump on board. Now last night, I made a threat on celibacy, and it turns out that some people had thought that I was a middle-aged woman (not naming any names...JAGStorm!). The thread itself was rather telling, and I realized that I got a lot of insight into members that I hadn't previously known, even whether or not they were MIDDLE AGED WOMEN!!! Ok, I got it out of my system. So, I thought it might be a neat idea to just reveal (as much as one is comfortable) a bit about ourselves. We all had to do an introduction thread to sign-on, of course some of you did yours in the mid to late 70s, but I believe those still only reveal so much. I know there's something of an air of anonymity on this site, and I do not mean in any way to disrespect that for those whom wish to maintain that (simply don't respond or respond with as little or as much as you'd like). I'll begin, but there's no format or right or wrong, I'm just winging this...

Name: Lee
Age: 46
Sex: MALE!!! (not middle-aged woman)
Race: White
Home: Texas, but presently in California
Occupation: Retired (Army)
Something Interesting: Well, I graduated from West Point (that's kinda interesting). I was a helicopter pilot and paratrooper in the Army. I'm just about to start living the van-life. I'm a musician. Oh, I also have rather severe brain damage...neurologists say I have a "baby brain" (that's actually true).
Photo: This is me when I used to be handsome. Sexy lil' devil I was. 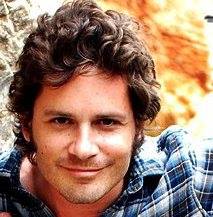 If I were a middle aged woman pretending to be a man, that is the exact photo I’d use!

Name: noname.
Age: thirty something.
Sex: M.
Race: W.
Home. North.
Occupation: Taxidermist.
Something interesting: I like all sorts of art, sculpting, painting. Also like to anger people by telling them that ufo`s and induced hallucinations are the same thing and they are real.

But is it me? i do not think so, i may have made these constructs, but what remains after all of these layers are removed? i identify as an observer, this much i know.


I was a helicopter pilot

No joke, my dad was in the Army for a loooooooooooooong time, and told me that he never trusted helicopter pilots because every single one of them were on some kind of drugs.

Not saying you are. Just something that stuck with me as my dad mentioned it many many times over the years. He did a lot of extremely dangerous things in the military and going up in a helicopter was one thing that I dare say he feared for that reason..
So in your experience is what he said true?
edit on 19-9-2021 by JAGStorm because: (no reason given)

posted on Sep, 19 2021 @ 03:14 PM
link
I really must fix the picture format on my phone.
I just ordered my first iPad so I’m hoping that will make things easier and I can download all my stuff I have archived offline. Sorry, no pic.....yet.

So,
I’m just an ex-fisherman with a pirate mentality.
So I’m told anyway...
Swamp Yankee so that means Coastal Nor’east but I really live in “low earth orbit“ mostly.
60ish
W
Married 40 yrs. March next.
Kids, grandkids.
Homeowner
Worked, HARD for everything.

posted on Sep, 19 2021 @ 03:16 PM
link
MIM
Male
up their in age
looking for work ( retired from an actual job )
USAF Vietnam Veteran
a one woman man ( for real )
a hobo ( more or less a traveling worker in life )
music is part of my life's hobby ( guitar and songwriting )
an adventurous cyclist
always into a dose of reality here on ATS, kind of like my shadow in life
not a very religious person, but attend a Christian base church in Japanese/English
living life to its fullest ( I try to everyday )

The big valley with 1000 miles of inland waterways 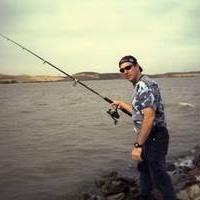 I live in the USA... have lived in many states.

I am a Yankee originally from the North.

I generally look like this guy and may or may not be related.

That should tell you all you need to know!

originally posted by: visitedbythem
AD looks just like her avatar.

The big valley with 1000 miles of inland waterways

Civil War vet, won’t say which side.
Belgium by birth, rode a sailing ship to the Americas in search of treasure and fortune.
Married to a woman with infinite patience.
Hobbies include doing odd jobs for the “Mafia” and being a stunt double for Limu Emu and Doug.
Often confused with being an actual human but I never correct people.
Currently working on a screenplay for Netflix about life as a door-to-door nipple clamp salesman.
They love the plot line and have already purchased rights for a sequel.

Oh you bet they are going to squeeze every cent out of it.

And when the series is taken off, the loyal viewership will feel intense pain.

posted on Sep, 19 2021 @ 04:05 PM
link
Sarge wants to know when you are swinging through the North East.
A Raven snatched her shiny ones right off her while sunbathing out back.
She’s bummed.....

If I were a middle aged woman pretending to be a man, that is the exact photo I’d use!


I hate you so much.

originally posted by: AccessDenied
This is me.
I'm 50.
I live in Canada.
That's all you get. Lol.

Very pretty! Thanks for sharing...