originally posted by: burdman30ott6
a reply to: Erno86

What flavor was the Kool AId?

Bring on the lawsuits!!!

There had to be an insurrection in the first place….

FBI finds no evidence that Trump and his allies were directly involved with organizing the violence of the Capitol riot: report


I guess the FBI is shy on manufacturing evidence after getting caught in Russia Trump Collusion.

How about the guy the thread is a actually about? And the lawsuits over the US drone strike that caused the death of seven children in a strike totally void of any military significance and totally void of a military target?

I don't think you've ever read the definition of insurrection against the government.

..thumbing their nose at the public.

I am not familiar with this particular idiom, what does it mean? I can sort of guess, but I am curious as to what 'thumbing a nose' even looks like, I have never seen anyone do something like that.

Do you mean pushing your nose up so you can display nostrils better, or something?

I apologize for my ignorance, but it goes away if I can have some more knowledge.. I think.

I'll probably try to research this after writing this post, though.

EDIT: Oh! So THAT gesture is called 'thumbing the nose'?! I had all kinds of weird nose+thumb-combinations going on in my imagination.. it's that simple gesture, where you put your thumb against your nose and leave your hand open and .. hm, now that I think of it, that doesn't really even make sense. What is that supposed to even depict?
edit on 24-9-2021 by Shoujikina because: (no reason given)

Thumbing one's nose:
1) To put one’s thumb on one’s nose and wiggle the other fingers on the hand as a sign of disrespect; 2) to show contempt for someone or something. 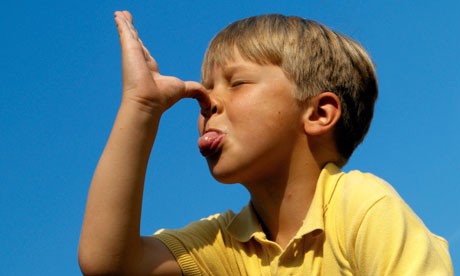 HOWEVER... they are also taught that they MUST BE ABLE TO PROVE how the order was illegal..
not "just because i felt/thought/identified/whatever term you want to use" it was illegal, but prove it.

i dont give two rips that he was a "high ranking general" and head of the joint chiefs.

hell i cant honestly find a LOGICAL reason that agreeing with our adversary (btw CHINA IS NOT an ally) CHINA that you would advise them OF AN ATTACK (notice no reference to who he is attacking) .

EVEN IF trump was gonna attack china, you have to provide PROOF why the order to do was illegal... because unless you could your next in command would LEGALLY relieve you, arrest you and follow the order.

that is the part his supporters are missing

there is NO CREDIBLE EVIDENCE , hell not even uncreatable, or we be hearing about it daily from main stream media..

he planned to commit treason with an enemy

posted on Sep, 25 2021 @ 08:45 AM
link
a reply to: Nickn3 First I believe Milley is Army Not A Marine. I don't believe a Marine would ever do this they Are the POTUS Own. Second If True He Put his head in the Noose, No one else, and those who took the Oath are just as Guilty.