Split everything off into a third category and let the confused duke it out between themselves instead. THAT is fair.

Oh well, they chose to fight, a payday for both.. but I do not support it!

originally posted by: WakeUpBeer
I very much agree with most of the sentiments shared in this thread.

However, both parties willingly entered the ring to bout.

Nobody should be mad over a consensual fight, regardless of the BS attached.

that is the rub here. not until the girl is killed will any attention be on why Biology (another forgotten science) actually matters. Till then, HONK HONK!


I don't know what the hormones do to muscle strength, haven't looked it up myself. I also know little about MMA since it is not as big as a deal here in Europe then it is in the US, but I assume that mixed martial arts literally means a mix of about anything there is out there?

In that case, what about technique vs strength ? Most martial arts will teach you that technique is more important than size, strength and even gender. I mean, we do train in mixed classes and practice in mixed teams. Only in the competitions they separate us. So if one is a highly trained individual then what does it matter if your opponent is male of female?


IMO the "hormone replacement and monitoring" is just for show.

Even if you can dial in your testosterone levels from male to female levels, there are actually genetic differences in androgen receptors between genders. Men's cells are much more responsive/sensitive to the hormone than women. So without actually leveling the playing field at the cellular level, you're not accounting that men's bodies with utilize testosterone more efficiently than women's bodies. Jack who "identifies as Jane" may have the same blood serum levels of T but his body's metabolic processed use it much much more efficiently than a biological woman. 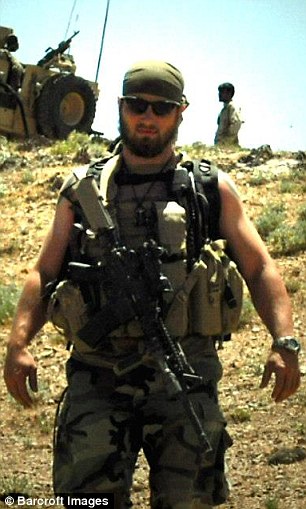 
In that case, what about technique vs strength ?

If this were a strictly jiu-jitsu match with just grappling I wouldn't have a problem with it.

But when you punch and kick, there's a huge difference. Physics doesn't change no matter what training you have.


Most martial arts will teach you that technique is more important than size, strength and even gender.

Let me let you in on a secret, your average MMA fighter could mop the floor with multi-decade gong fu masters after about 6 months of dedicated training.

The vast majority of martial arts are NEVER FIELD TESTED. I was a Chu'an Fa and Wing Chun student for many years. I had to modify EVERYTHING I learned for reality and after I woke up out of my traditionalist fog I realized how lucky I was that I never encountered anyone who knew Brazilian Jiu-Jitsu or Muay Tai, or a talented boxer at that time. When I was coming up Royce Gracie had just won UFC1 and the news hadn't made it to us kids yet.

Today I hold a blue belt in Brazilian Jiu Jitsu and two black belts, one in Chu'an Fa(awarded by USSD) and Wing Chun(awarded by Marster Kim Taylor). I am also a student of the Tao of Jeet Kune Do, a student of the Bubishi, and will accept any useful knowledge that fits into my game plan.

I've been in many, many fights, sanctioned and otherwise. Won some, lost some in the tournaments, never lost in the street. I've sparred with women and have outright rolled hard with women in jiu jitsu. The pressure that a man can exert behind a punch or a kick WILL overwhelm any woman all things equal. The same isn't ENTIRELY true with jiu-jitsu. Grappling is definitely a technique and knowledge game. But you're still going to run into serious issues once HUGE disparities in size and strength are observed. To wit:


So if one is a highly trained individual then what does it matter if your opponent is male of female?

I want to point out that this video shows The Mountain (a very large man) vs. an experienced BJJ black belt. It didn't go well for the black belt and had this been a serious match that black belt would be paste.

Physics always wins. There are limits to what a human being can do. Now, if that blackbelt had gotten ahold of big man's neck, there'd be a choke applied and The Mountain would crumble. But that isn't what occurred. The black belt got crushed for several minutes and there was nothing he could do. Sometimes size and strength is ALL that matters.

Thanks for the read and the vid (that was kinda funny )
Can't argue with all of that because I don't know much about the different fighting styles.
What I do is self defense, not martial arts, meaning there is no philosophical value in it, no belts, no ranking system and not based on competition... guess it's not even a sport.

thanks for explaining all that though

These new rules where made possible by the feminist movement.
Dont blame this man for what woman have made possible. This is not our work but the work of feminism.

Personly i think what we see and Woman experiance is a important lesson. Men and Woman are not equal.

posted on Sep, 14 2021 @ 04:28 PM
link
For the record..I DONT support it whatsoever..
And this is just one of the many many reasons and examples of why i dont.
Because i dont support such a thing means not that i dont accept my fellow confused human as a person..a soul..an individual..just not the opposite sex....uh...at all...and i think most may feel the same way and many of the most are afraid to speak such in todays obsurd society because just like these tranconfused people...they too fear not being accepted by the status quoa so they lie to themself and then lie to everyone else about how diverse they are...
But hey..thats my own truth that i find to be real for me looking from the inside out.reply to: Nexttimemaybe

he was also a SF solider

originally posted by: TheReaversChain
I've noticed that probably 9 out of 10 "advocates" are what they would call "normal" straight people, some baby boomer liberals with some college students mixed in. Hmm. What makes them so interested in this stuff?

They think they know better than those of us who know.

When we practice, we spar everyone, but just because that means you end up sparring against the guys as a woman, doesn't men they're going all out against you. They'll give you what you can handle, but you have only to watch them go at it at a tournament to realize they aren't giving you everything. At the end of the day, practicing against them does make you better because they'll be better than almost all your competition.

What you say about punching and kicking is true.

I know how to leverage myself for power especially when it comes to kicking - 10 years of hurdling helped there, but even then, I cannot match the bone density and muscle mass of a man, and that's going to put me behind in the game.

I can still leverage more power than most in class, but that's because I'm in slightly better shape and do a better job of leverage, not because they couldn't if they didn't get the knack and work themselves out more.

Wondering why Provost took the fight.

It’s very common for victims of abusive men to continue the pattern.l

Victim shaming? I read when a different tranny broke a womens skull thatnshe was not informed by the MMA that she was fighting a genetic male. She was suing the MMA I believe. They cant claim this shocked them, can they?

Horrible situation. Its not going to get better. Men who cannot compete with other men or dont want to be with other men in jail or any reason can cry tranny and get scholarships or different sports categories and jails even? I feel like Im taking CRAZY pills.

originally posted by: queenofswords
Everything "woke" turns to $#!+.

If you have MALE on MALE and FEMALE on FEMALE, like Swimming, Gymnastics, Boxing, etc..., why not TRANS on TRANS?