In these lands you are able to hunt, fish and have a fire without a permit.
Rainwater, take all you want. Oh but there is more!

Want to build a rickety old shack that is going to bop you on the noggin? Go right ahead.
Feel like cutting down a tree on your property to build that shack? Don't worry, you won't need a permit, or a HOA, because those aren't
allowed in JAGStorm World. Feel like selling some muffins to your neighbors, go right ahead, no permit needed. If they don't care that you don't wash your hands after using the restroom, neither do we. Eat at your own risk. Same goes for haircuts, massages (wink wink), and services. Buy at your own risk. It'll hardly be a risk, because the community is tight and people wouldn't want to carry shame. For those that have forgotten what shame is, it's when you feel bad/guilt for doing something you shouldn't have. Shame might prevent you from doing it in the future.

In JAGStorm World we take private property matters seriously. Caught stealing, we will leave it up to the person you stole from to decide what is adequate, sure hope they are having a good day! If you are young, you might have to hear a long lesson about it, and you might get a whopping or two, just enough to make you remember. There probably won't be much need to steal or commit crime, because the community is there to help support everyone in bad times. We don't have to be forced to do it, because we do it out of goodwill.

Insurance is completely banned here. If you need medical care, you'll be charged a fair amount decided by the Doctors.
In JAGStorm land you'll never be forced to take medicine or vaccines if you don't want to. You have complete autonomy over your own body.
Want to dabble in stuff, go ahead, but you'll also bear the cost. Don't want to vaccinate, that's ok, you'll also bear the cost if you get sick, but maybe you won't get sick.

I can't put my finger on it, this JAGStorm land sounds really familiar, almost as if it existed at one point......hmm what could it be? 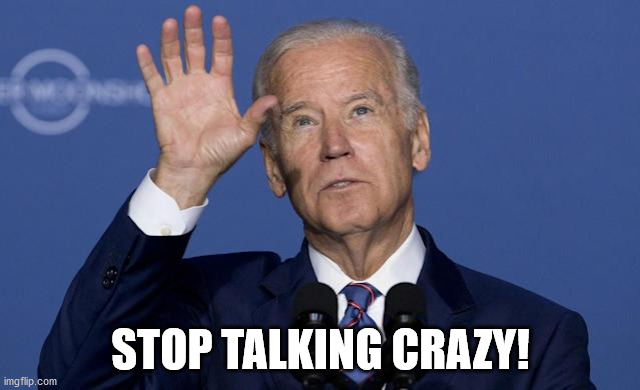 It does sound crazy doesn't it, how sad is that.
There are a lot of people alive that don't realize this all existed not so long ago!!

It does sound crazy doesn't it, how sad is that.
There are a lot of people alive that don't realize this all existed not so long ago!!


I'm old enough to remember it, and I find myself living in the past more and more.

posted on Sep, 10 2021 @ 03:45 PM
link
I just bought a five-room adobe on a nice piece of dirt in a small mountain community and things rae kind of like that here. I'm looking forward to sounding out how far it goes.

That sounds nice. Keep us posted.

posted on Sep, 10 2021 @ 06:54 PM
link
Believe it or not those are the kind of rules around here where i live. I designed and built (hired help) my house, no permit, my wife's cousin cuts my hair when I call her to come to the house. We are always cutting something down because we in in a jungle. People come buy in the morning selling food and meet. Road side stands have charcoal grilled food, etc etc if you are driving someplace.. You want to open a business do it as your customers will dictate whether you survive or not.

We have 70 gallon ceramic jars that collect rain water which are all full presently as this is the rainy season.

Bottom line is no one messes with us and even the few cops you have contact with are human and decent.

No property taxes, no income taxes, only vat taxes which fund the government from the small fry ... Big companies do pay a tax..

The incremental creep of lost freedoms come slowly until one day you wake up and realize just how much has been lost; then it is to late.

Sounds almost like a Libertarian utopia that will never exist.

posted on Sep, 10 2021 @ 06:57 PM
link
I will just add If there's one thing that at least six thousand years of recorded human governance teaches, it's that there's never a shortage of despots.

Sounds almost like a Libertarian utopia that will never exist.

That was my childhood. People look at me like I'm crazy when I tell them I remember when auto insurance was not
required. My grandpa built his house by hand. It was quaint, and nothing fancy but it lasted a very long time and was paid off as soon as it was built. People didn't have mortgages back then.

I know this is all nostalgia, but there are a lot of times I think those times were better.

And people grew gardens, trading this for that and sat around the radio on the porch listening to the ballgame in the evening. Usually on garbage day we would take a take a walk around town early to see if there was anything interesting sitting out that could be fixed and traded for something else in a little “horse swapping” between people. Other days had walks seeing what we could get into...while teaching me different things by talking about it.

originally posted by: JAGStorm
That was my childhood. People look at me like I'm crazy when I tell them I remember when auto insurance was not
required. My grandpa built his house by hand. It was quaint, and nothing fancy but it lasted a very long time and was paid off as soon as it was built. People didn't have mortgages back then.

I know this is all nostalgia, but there are a lot of times I think those times were better.


I believe I heard the talkies were also a dime and that they showed two of them with some news and cartoons in the middle as well.

People building their own house in the 1960’s happened regularly and on occasion in the 1970’s although not nearly as common. Still happens today with log cabins and tiny houses...home, self built and no mortgage.

Might not be a bad idea to look into the Mises Caucus..

With something like "building code," I do much prefer the idea of guidelines and assistance from skilled tradespeople significantly more than regulation. Particuarly since regulations and laws can frequently be used to capture "stuff" far too effectively.

There are also regions where some of this still exists in some form, even in the US, and its amazing what one can establish with enough land too.