posted on Sep, 9 2021 @ 08:03 AM
link
They don't like to talk about it and when they do it's all lies, but i think we should because if we are supposedly going to have a New World Order based upon the greatest follies of the olde we might at least better understand the Hell that awaits us.

So anyway a Cacomagician is a practitioner of the Dark Arts, a Caco-Daemon being an evil sprit, and the term was applied to the Free Masons by their critics.

If such then from whom did they learn such, well according to their own tradition old Seth and his magical pillars, which i covered here. Now the reality of that is that they learned from Sethian Gnostics who took Christ as the Great Seth, that they learnt the principles of establishing an order dedicated to Seth of the pseudo-Egyptian variety from were such mysticism originated. 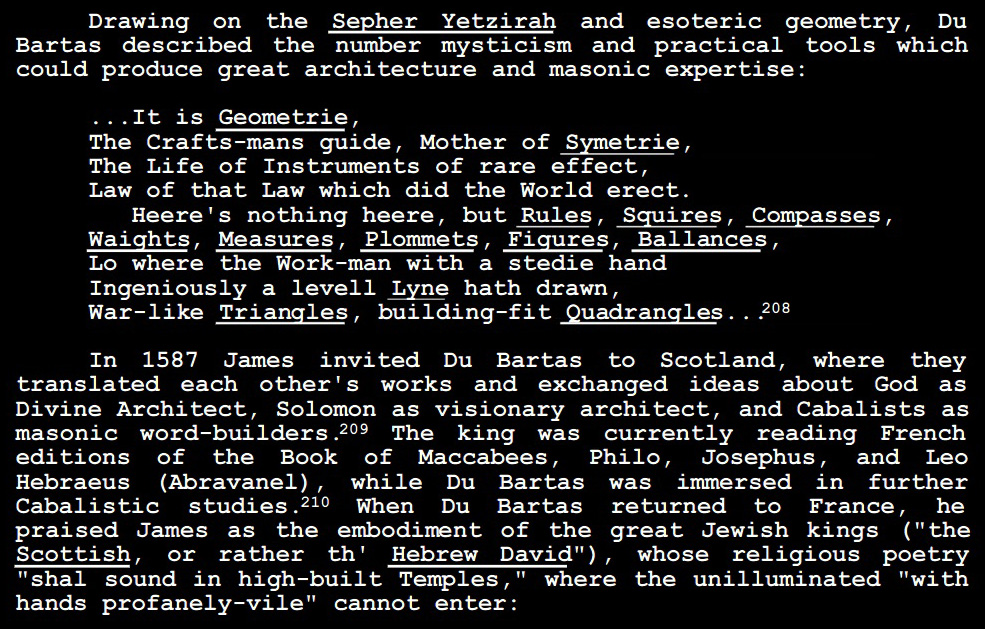 It is generally given that the development of Scottish-Jacobite Free-Masonry was introduced by Jews giving insight into Cabbalistic doctrines and the older sources they were derived from but that is misleading as this was generally not Orthodox Judaism but more related to Sethian Gnosticism and the identification with the archetype of Seth, ostensibly the Biblical Patriarch rather than the Egyptian God of lies and deception, though that is just a fine example of lies and deception.

These “races” were spiritual ones, not biological ones. In the ancient Mediterranean world, people spoke of race and religion as if they were one and the same; each race had its own religion and vice versa. This way of speaking largely made sense back then, because each people tended to have its own ethnic religion with its own god or gods. But even for religions like Christianity, in which membership was in principle open to anyone from any people, racial language was still used to mark off religious identity. Various non-Gnostic early Christian writings refer to Christians as a “new race,” a “third race” other than Jews and Greeks, and the “God-loving and God-fearing race,” among other such designations.

So when the classic Gnostics called themselves the “race of Seth,” they were marking themselves off as a group of people with a distinct spiritual/religious identity and destiny – a narrower version of the wider ancient Christian usage of racial language.

We see then that being Jewish or Scottish isn't particularly important, it's the Sethian spiritual inclinations that are the determining factor and anyone of any race can apply, and thus we find that Free Masonry welcomes all regardless of race or religion as long as they are CacoDaemonic.

Good video on that for those who connsider no OP complete without, explains that Kamala Harris is CacoDaemonic though you may already have guessed.

When common sense dictates if you have to hide something
Oh wait, special secrets, not hiding anything, see what I did there

Common sense does sort of dictate that if your entire zeitgeist/religion/mystical order is based on lies and deception towards oppression and exploitation you never admit this, when rulers can only double down on lies and distractions you end up with Clown World were the truth is the last thing they want to here.

posted on Sep, 10 2021 @ 07:14 AM
link
The establishment of Order, line upon line precept upon precept, as previously mentioned the doctrine of establishing esoteric order was introduced into Sotland largely through Jewish texts and archietects in connection with the building of religious architecture, the old and ancient Lodge of Freemasons dates back to the building of Kilwinning Abbey around 1140, the first Masonic Lodge there held by Monks in the cloisters.

There were other notables such as Michael Scot born c 1175 in the Border regions who as a prominent ecclesiastical scholar actively sough out such texts from Jewish and Arabic sources aquiring a reputation as a great magician.

As these traditions dated at least as far back as Hellenisitic Egypt they were based in Cosmology, the translation of Heavenly order onto the Earth

"Every astrologer is worthy of praise and honour," Scot wrote, "since by such a doctrine as astrology he probably knows many secrets of God, and things which few know."

Scot's reputation as a magician had already become fixed in the age immediately following his own. He appears in Dante's Divine Comedy, the only Scot to do so, in the fourth bolgia located in the Eighth Circle of Hell, reserved for sorcerers, astrologers, and false prophets who claimed they could see the future when they, in fact, could not

Free Masonry is entirely concerned with Order and the methodology of establishing such throughout all socieities and the principle of Order in and of itself is Neutral in terms of good and evil, there is benevolent order and there is tyrannical and oppressive, no order is preferable to an evil order, the archetype of Order is represented by the planet Jupiter and it's natural counterpart is Saturn the principle of degeneration of systemic integrity, again a Neutral principle, good order can be subverted by the evil aspect of Saturn, evil orders can be subverted by the good, this inter-relationship represented by the six pointed star. 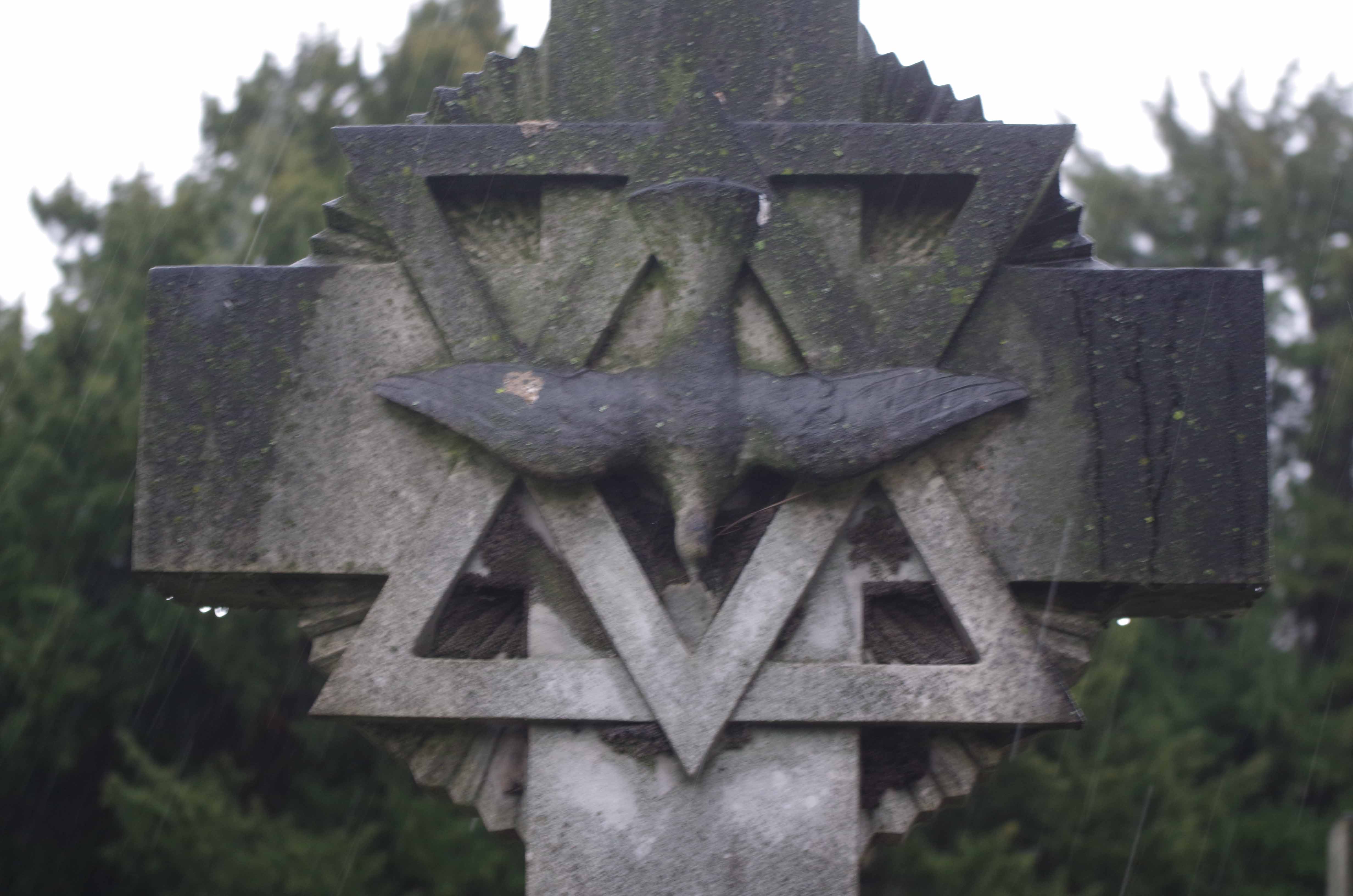 In Egypt of course positive order was represented by Horus and the evil by Seth, based in the lowest and most depraved aspects of human nature, the under developed reptillian brain.

The 2nd part of the video i linked in the OP just released here, it's a deep dive into Theological insanity but essentialy dissapointing in that it assumes Biblical declared righteousness is just that beginning with the Golden Calf, for a group departing Egypt that would have represented Horus, why is this God not named, which God was directly opposed to him and where was the heartland of his cult? 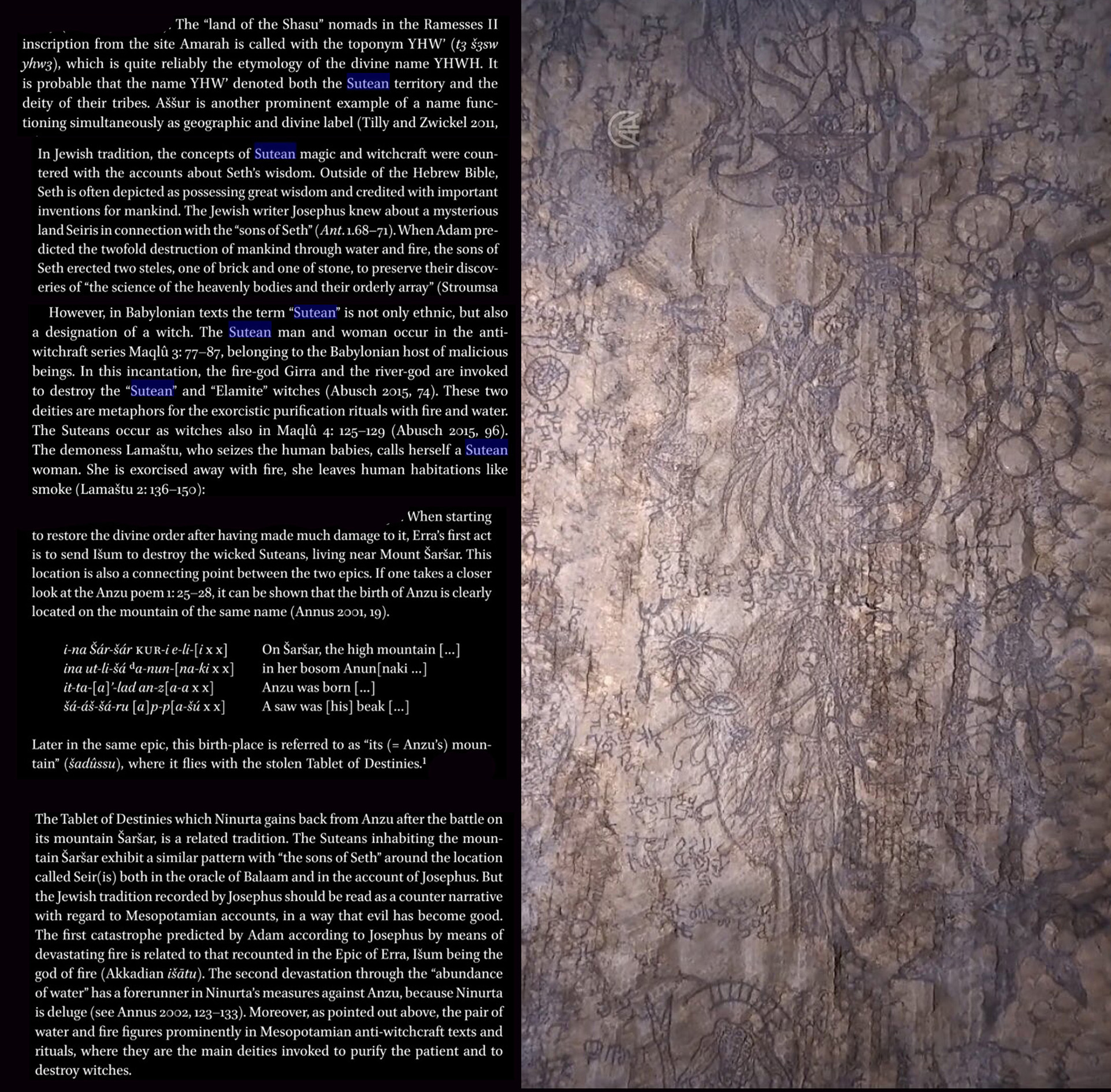 posted on Sep, 16 2021 @ 09:51 AM
link
So a few final considerations, the current world order is dominated by Free Masonry that has roots in Catholicism and Israel and the intellectual tradition behind all Egyptian, and that is as developed in Scotland and the border regions 500 years before any Hanoverian version.

At first studied and developed within the Catholic institutions and then among the aristocracy many of which were of Flemish origin and always within the tradition of self serving Sethian secrecy.

There were of course many Jews and Catholics that rejected the literalist versions of their faith and looked to discover the inner teachings through kabbalah and Free Masonry and they all considered that the secret lay in Edom.

The only true secret of Edom is secrecy itself, Sethian self serving lies and deception towards order based upon that principle, truth is the anti-thesis of the entire tradition, openness and honesty it's nemesis.

The doctrine of the return to Edom is literally retarded as would be a doctrine of return to Jerusalem or Rome or even Memphis not Tennessee, the current and final form originated in Northern Britain the ultimate Sethian the red haired Celt or more properly the Vanir Gods of nature, it was only ever about human nature.