In the words of narration by Charlton Heston in the 1998 blockbuster Armageddon:


It happened before. It will happen again. It's just a question of when.

NASA has been shrouded in mystery and secrecy since its inception. I for one pretty much know 'they' don't have mankind's best interests at heart. I'm sure there are many here that can agree with that sentiment.

So, one may justifiably be inclined to ask, what are the true intentions behind (some of) their 'space exploration' endeavors? If NASA's highest purpose is as a deepstate front group operating under the guise of 'human progress', perhaps these 'missions' have more of just a symbolic meaning than they may seem to at first glance, absent thoughtful consideration.

With (Agenda) 2030 looming, it begs to question, how much of this is for real and how much is just plain theatrics? For instance, when they're sending up missions like the Double Asteroid Redirection Test (DART), is there more to it than what they're telling us? What does it ACTUALLY mean?

The DART spacecraft will be launched by SpaceX towards a binary asteroid system of a large asteroid called ‘Didymos'...

Obviously the name Didymos(TWIN) was chosen at least in part due to the binary nature of the asteroid system. However, is there a chance that another more symbolic (TWOFOLD) meaning has now been, or has always been attached to it?

Dimorphos is derived from:

Again, having TWO forms, or in the potentiallity I'm presenting it in here, having TWO meanings.

Well, turns out that the Aricebo Observatory played a role in the discovery of Didymos and Dimorphos, after the binary(TWIN) hypothesis was

Aricebo had its main satellite collapse due to a progression of cable 'failures' on December 1, 2020.

Worthy of note is the 'alien'(fake invasion?) connection, and the way they word it in the article:

The real life collapse at Aricebo...

...specifically the aftermath of which, having an uncanny resemblance to the dynamic *detonation initiated* event on the Battlefield 4 multiplayer map "Rogue Transmission", set at Aricebo. To add to that, despite being released in 2014, Battlefield 4 is 'coincidentally' also set in 2020. The year it actually collapsed.

Credit to my buddy for the Aricebo information.
His ATS post on it.

Alright. Keeping with the "TWIN" and/or "TWOFOLD" symbolism. This may seem like I'm getting off topic from asteroids, but stick with me. ALL will be revealed in time.

Though not necessarily (entirely) by me specifically. 😂

There are A LOT of things I DO NOT know.

But THIS stuff I DO know VERY well.

I'm sure some of you have heard of the fire that destroyed Lytton, British Columbia, Canada.

Many of you that do know of the fire, surely are also aware of the Canadian doctor raising vast concerns about the jab side effects, Lytton's own Dr. Charles Hoffe. 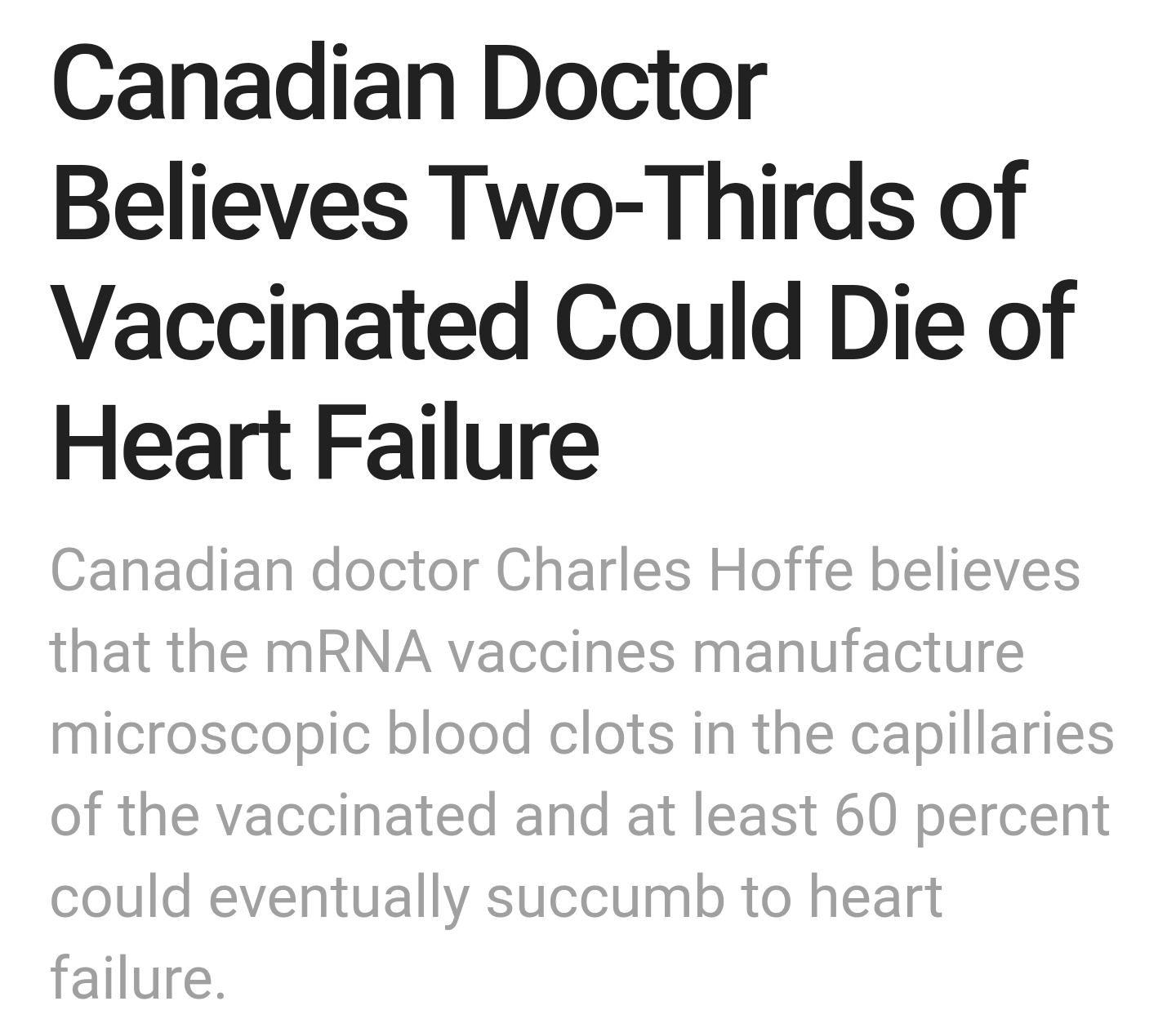 Turns out he took up temporary residence in Monte Lake, British Columbia after Lytton burned. Sure enough, a little more than a month later, Monte Lake is destroyed by a catastrophic 'wildfire' of its own.

Alright. Keeping with the "TWIN" and/or "TWOFOLD" symbolism. Another 'coincidence' with respect to the Lytton fire, is this curious fire on one of the PAIR of Sisco bridges, 10kms outside of Lytton.


...a decade TO THE DAY prior to Lytton burning on 6/30 2021. TWIN dates. A decade of separation. One year for each of the 10 kilometers of distance separating the two locations. 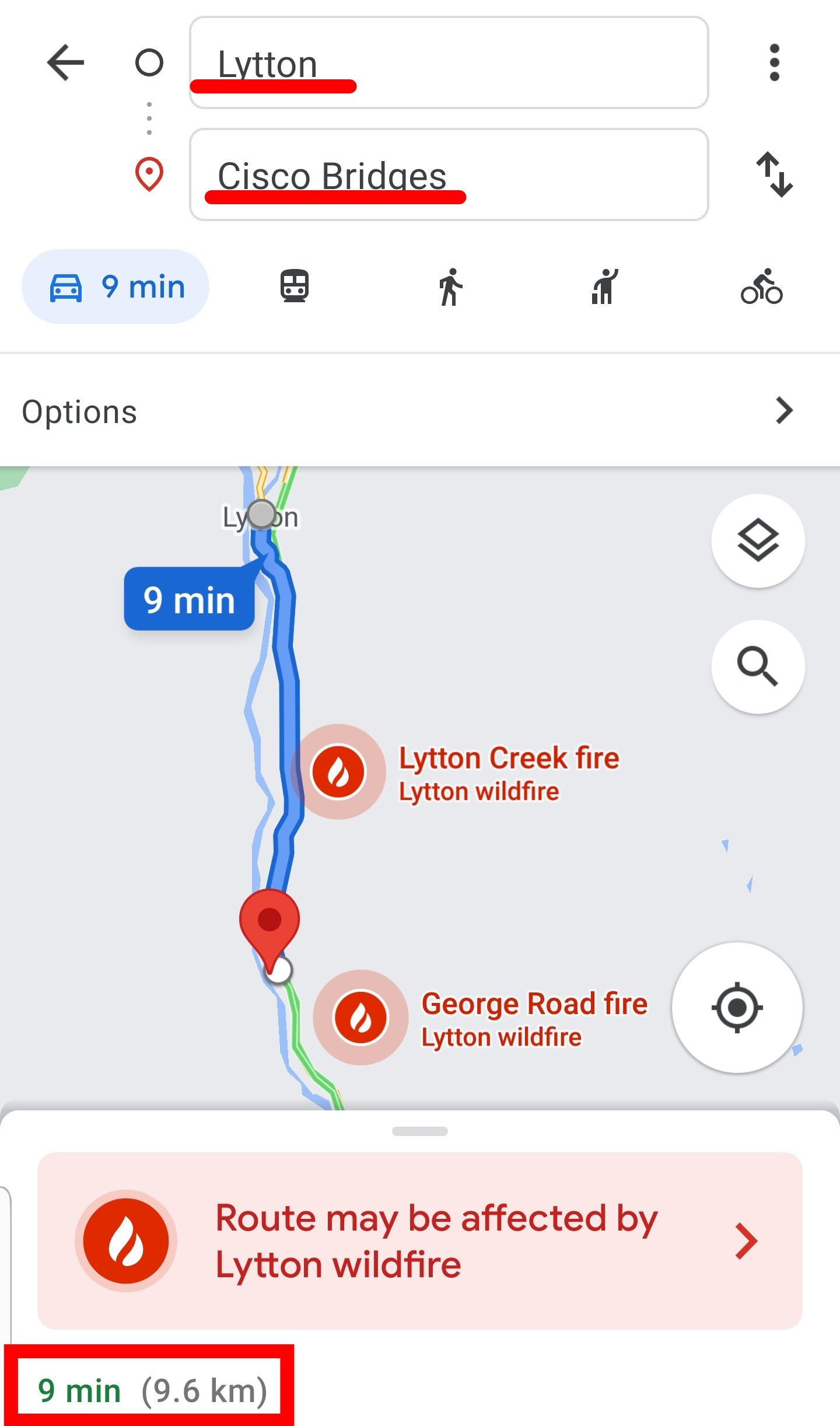 So, the village of Lytton burned on 6/30, which is ALSO International Asteroid Day. And there in is a possible symbolic link. 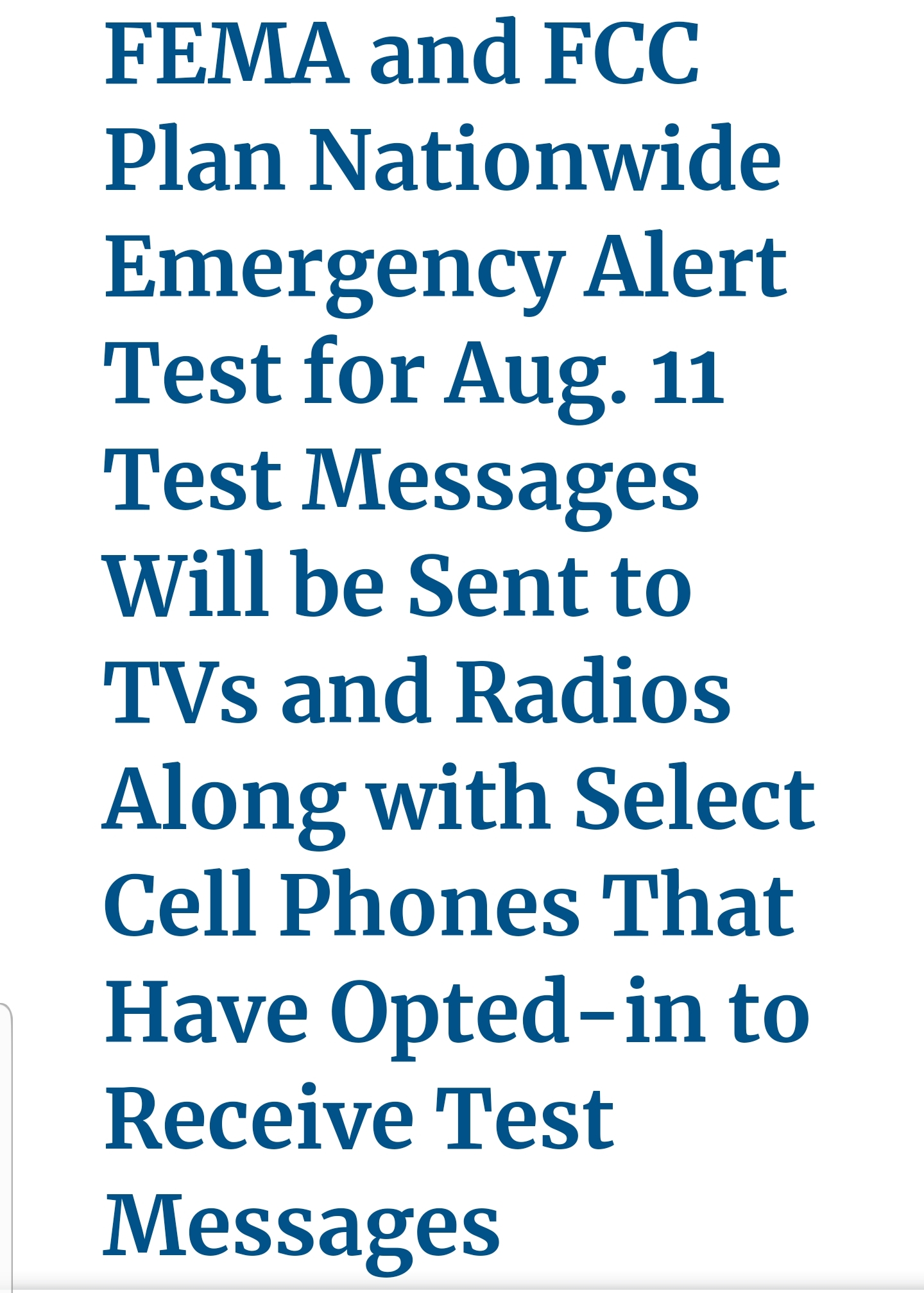 ...also being the FIRST date of this year's(2021) PEAK of the Perseid meteor showers.

With 11 also being the FIRST prime of the FIRST TWIN prime set outside of the prime triplet of (3,5,7). 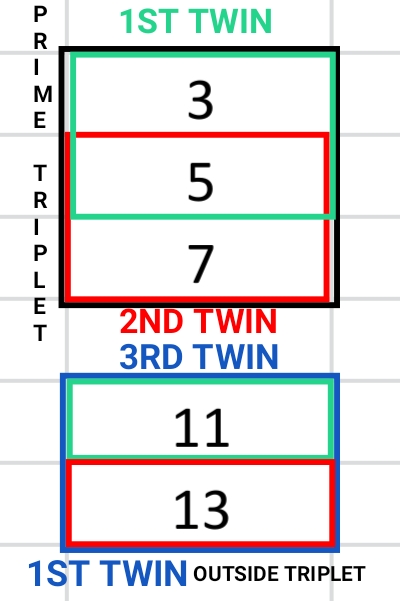 And it just so happens that the Perseids peaked for THREE days...

THREE days.
The 11th to the 13th.
The THIRD set of TWIN primes, with the FEMA Emergency 'Test' running on the FIRST day.

The LAST day of the Perseid peak, August 13th, was also a FRIDAY. 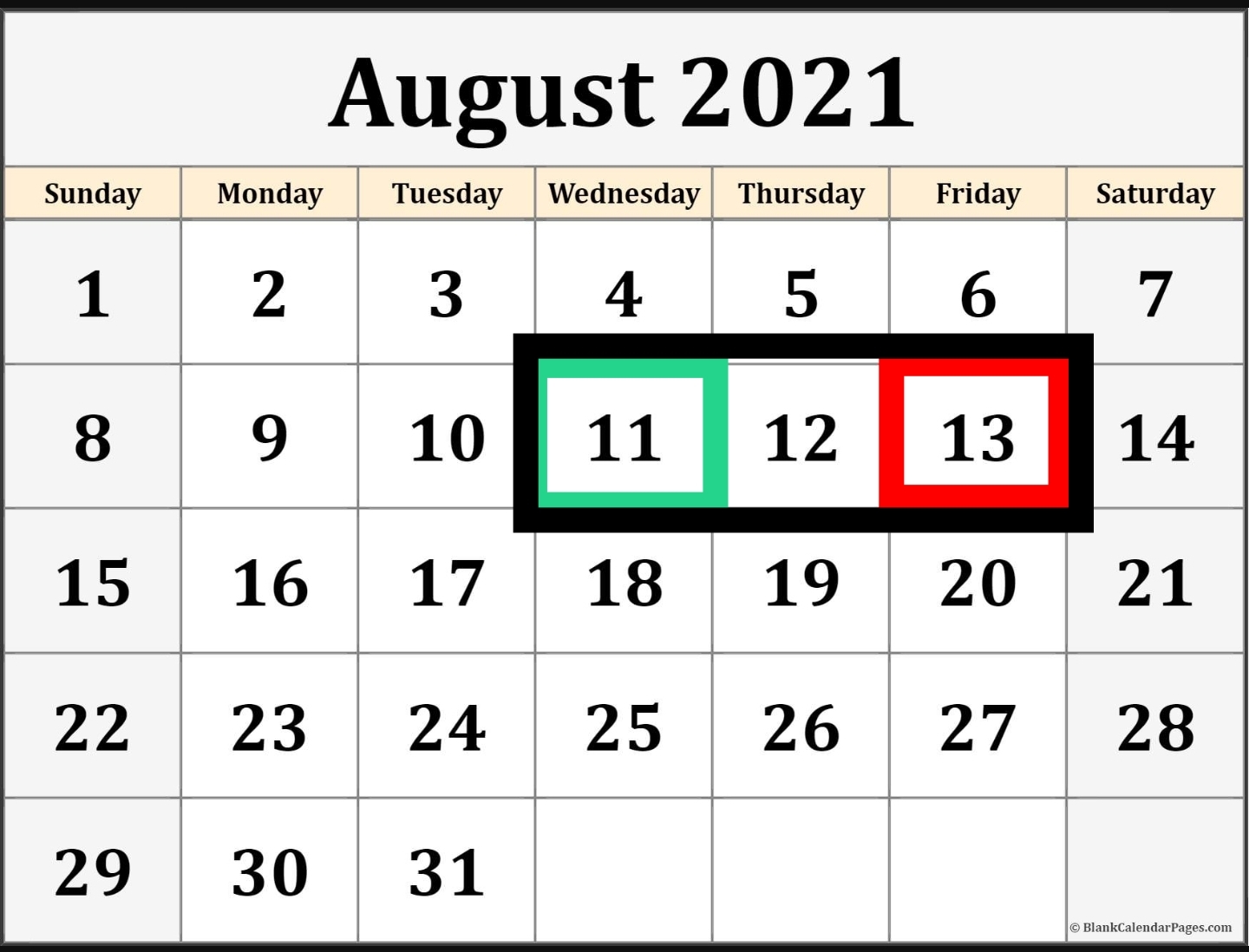 Alright, Keeping with the "TWIN" and/or "TWOFOLD" symbolism, fast forward to April 13th 2029, the FIRST of the TWIN perihelion dates for asteroid Apophis. 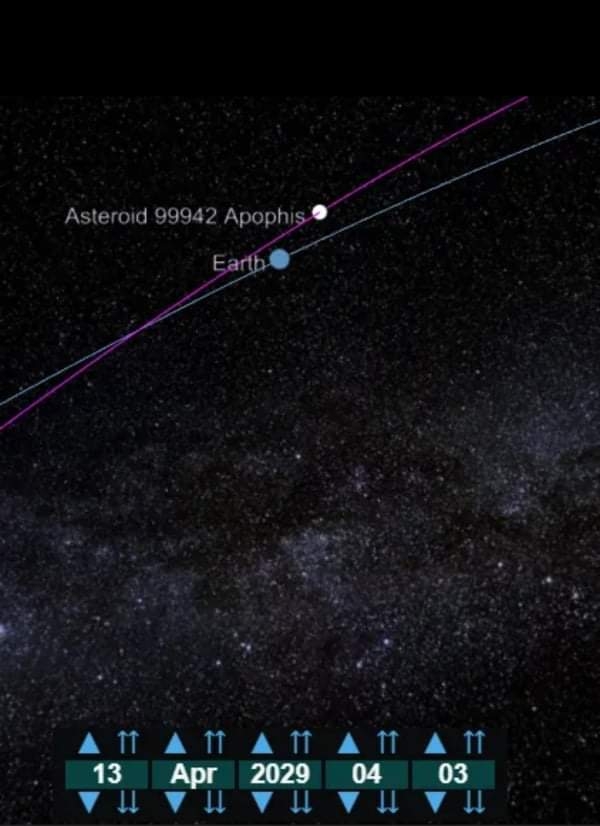 The second perihelion being on Easter Sunday, also April 13th(TWIN date), but exactly 7 years later in 2036. 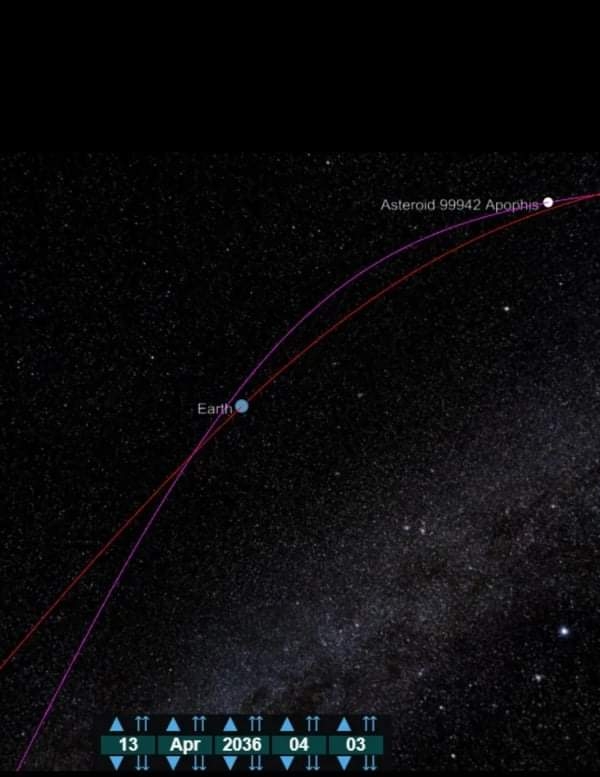 And what do ya know. The FIRST of the TWIN perihelions, on April 13th 2029 is also Good FRIDAY. 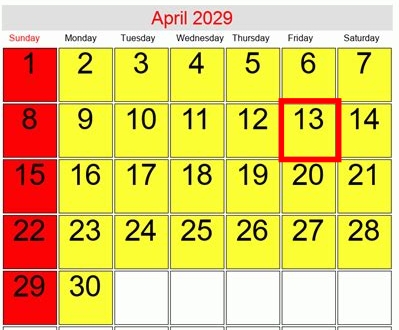 Alright. Keeping with the "TWIN" and/or "TWOFOLD" symbolism, rewind back to the coming 9/11(11th= TWIN "ones") anniversary.

Recall back to the (exactly) 10 years of separation, and the 10km (one for each year) of distance between the fire at the PAIR of Cisco Bridges and the Lytton fire, crescendoing on International ASTEROID Day, 6/30 2021.

And it just so happens that on 9/11 2021, we have the TWO year anniversary of the START of the Asteroid Impact Deflection Assessment(AIDA)...

So, the AIDA mission is a collaboration, a DUAL effort between the European Space Agency (ESA) and NASA, bringing us back to the binary asteroid Didymos, the TWIN. 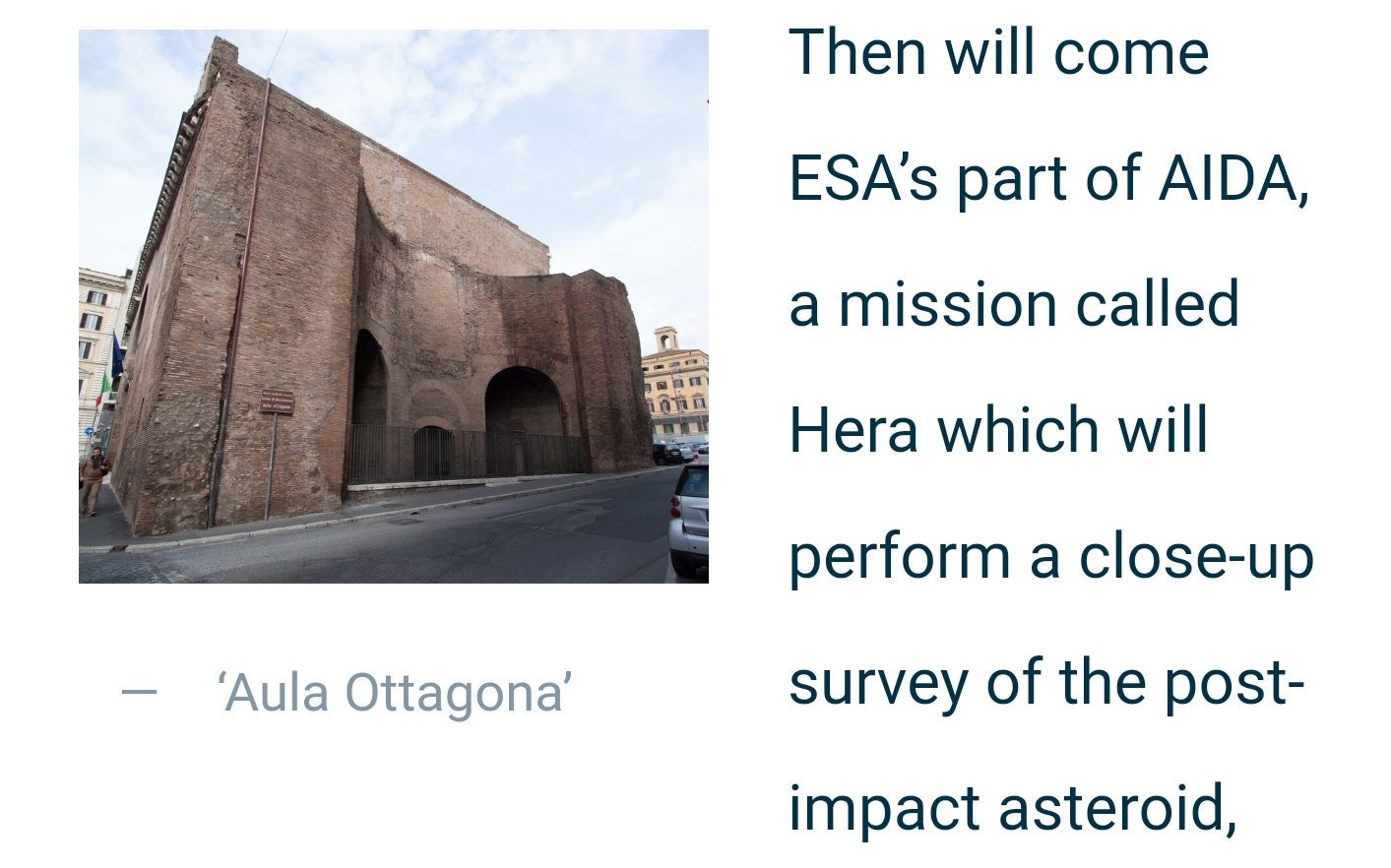 Alright, Hera.
The Greek God of marriage.
Once again having to do with a PAIR.

Hera will also deploy a pair of CubeSats for close-up asteroid surveys...

So, the reference to marriage(Hera) undoubtedly has to do with bringing the mission together. Marrying the TWO phases of the mission. Marriage being synonymous with completion.

However, keeping with the "TWIN" and/or "TWOFOLD" symbolism, what I've been doing this entire thread so far, has been showing potentially intentionally encoded symbolic relationship, and TWOFOLD meaning between all these events, with respect to a 'hypothetical' future planned event.

So, if the hypothesis I'm presenting here is indeed on point, then once whatever future planned event is initiated, that will be the transition, the transformation from symbolic relationship and potentiality to full on marriage of all the intended symbolism.

Perhaps THAT is, at least partly, what the use of Hera(marriage) means here.

Then, returning back to the AIDA Workshop:


The three-day International AIDA Workshop will take place on 11–13 September in the historic surroundings of the ‘Aula Ottagona’ in central Rome, part of the Baths of Emperor Diocletian which went on to serve as a planetarium in the last century. 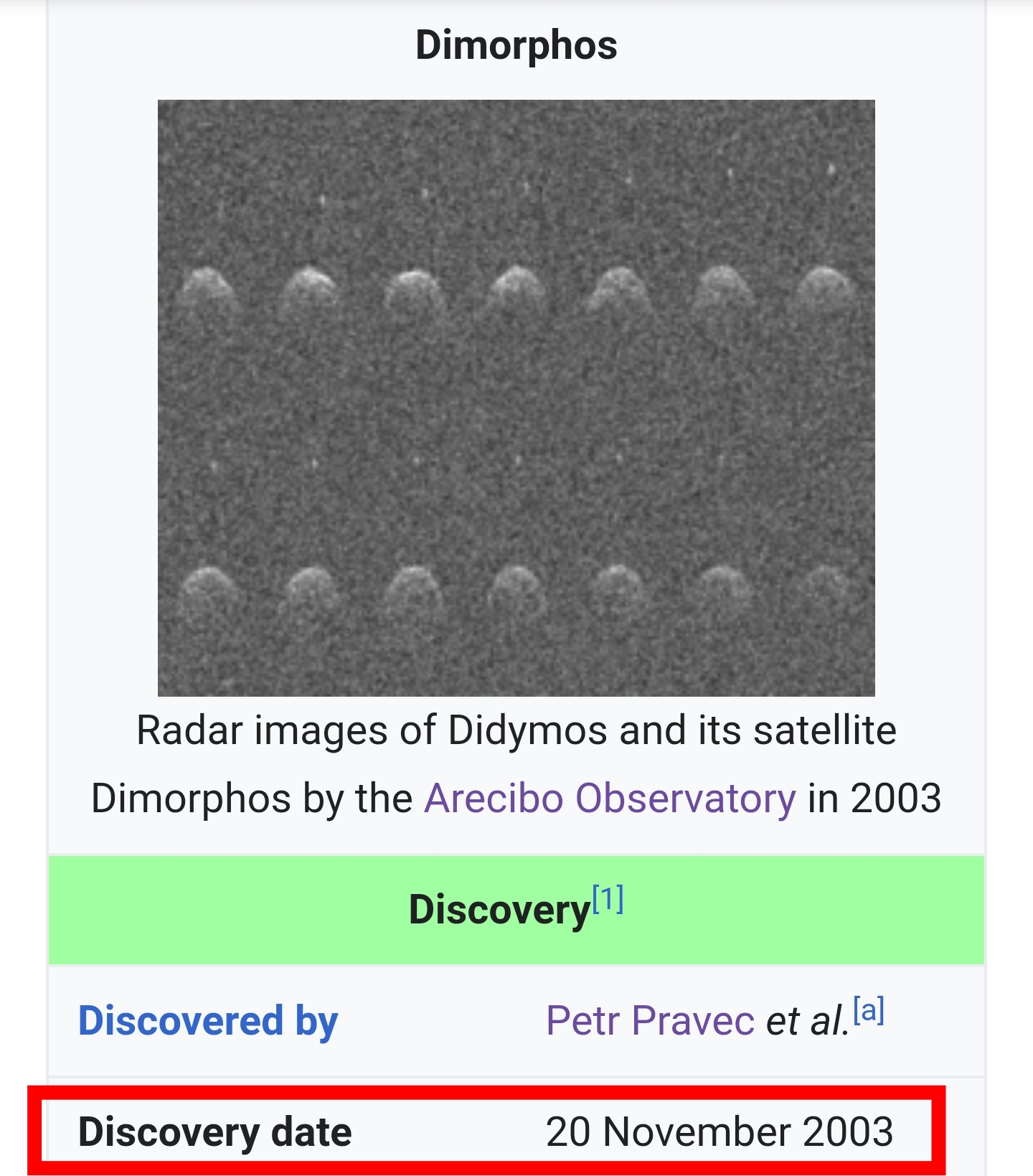 And, the Workshop spanned three days from September 11th to September 13th 2019. Back to the third set of TWIN primes - 11 and 13. Remember that the Fema Emergency Systems Test took place on August 11th 2021, which in turn was the FIRST day of the peak of the Perseid meteor shower, the peak spanning three days from August 11th to August 13th. The TWIN primes of 11 and 13!

Not only that! But the last day of the AIDA Workshop on September 13th, 2019 was a FRIDAY. 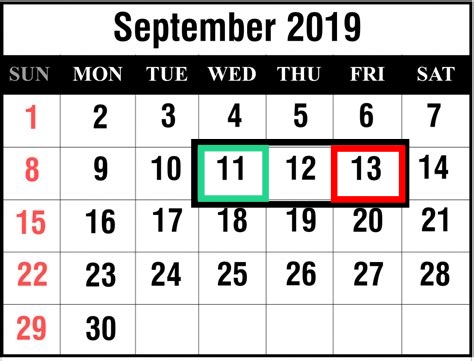 Just like the LAST day of the Perseid peak dates on August 13th, 2021 was a FRIDAY.

Just like the coming FIRST (of the TWIN) Apophis perihelion dates on April 13th, 2029 is a FRIDAY. 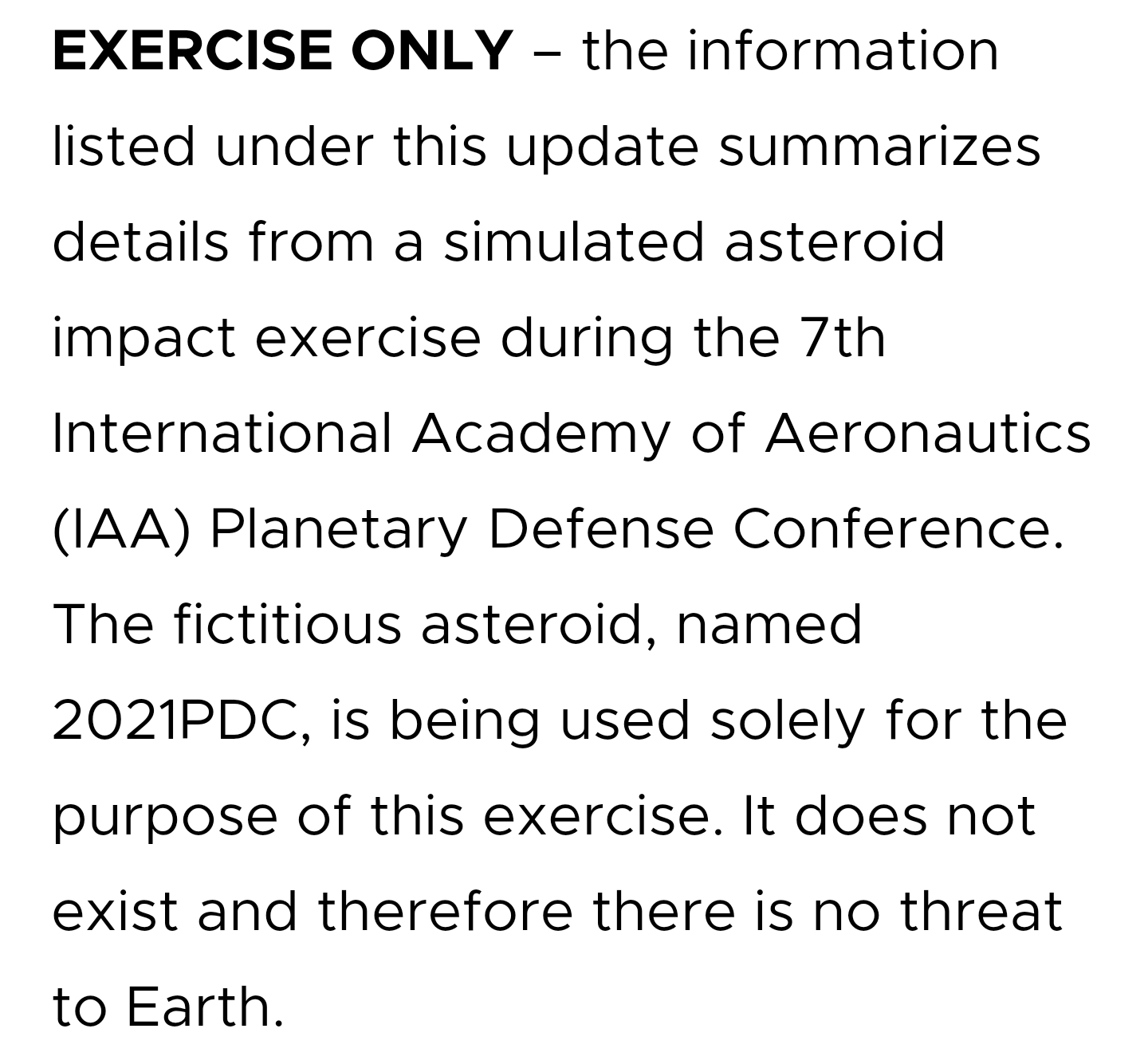 However, if the Event 201 "hypothetical" simulation... 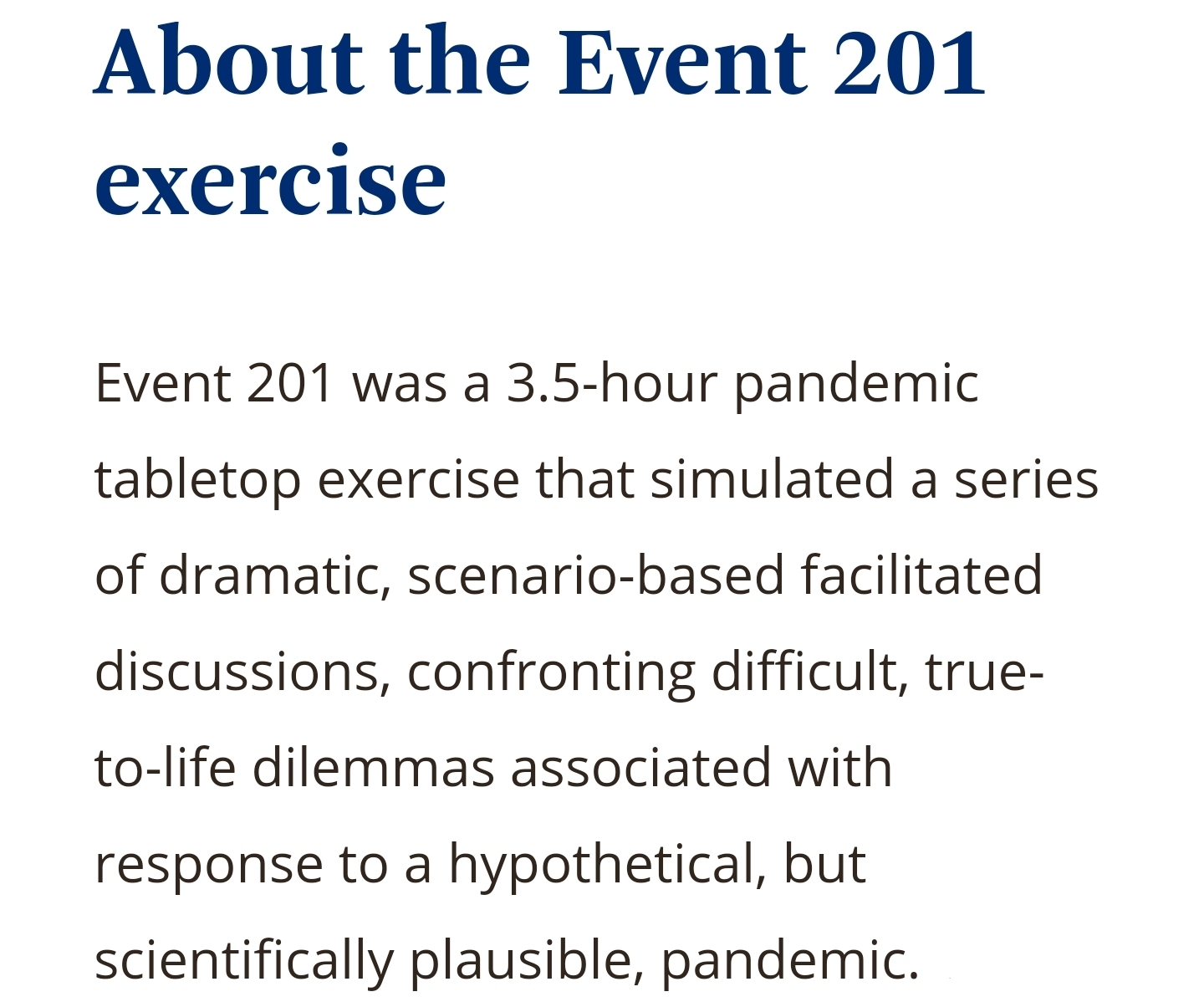 ...is any confirmation, this asteroid impact "simulation" is potentially about to go live.

...is part of the 7th annual IAA's "Planetary Defense Conference".

International Academy of Aeronautics=IAA
"I" is the 9th letter.
"A" is the 1st letter.
Thus, "IAA" = 911!
Referencing the coming TWIN 9/11 anniversaries?

This bill implements “Operation Starfall” – a strategic plan to provide access to wireless communications abroad and ensure we are ready when blackouts occur, disaster strikes, or when rogue regimes shut down internet access. This is critical to protecting the safety and wellbeing of American citizens at home and abroad.

I won't get into the description here and it's potential symbolic relationship with the recent World Economic Forum backed Cyber Polygon cyber terrorism response "simulation".

However, the wording of H.R.5123("Operation Starfall") is CLEARLY related to that "simulation".

Same potential idea as with the Event 201 pandemic "simulation". 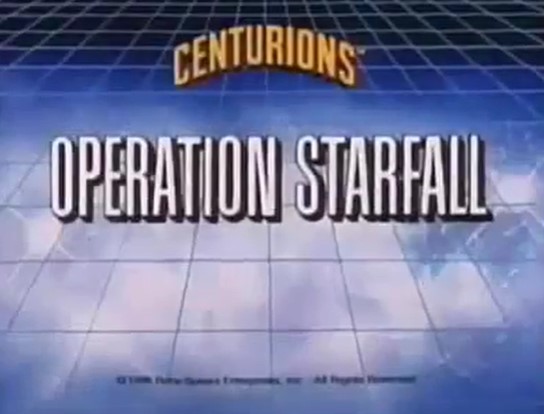 Summary: Doc Terror's evil cyborg minion Lunex attacks a lunar station with a legion of Terror's fleet and makes preparations to project an asteroid into Earth unless Terror's demands of surrender are met.

And there it is.

And the episode name actually suits the theme of the episode, unlike the use of "Operation Starfall" in the wording of a "global wireless internet" initiative, Bill H.R.5123.

UNLESS "Operation Starfall" DOES have to do with a future planned false flag asteroid impact!

anyway you can send me part two and three?

I'm sure there will be someone along to point out it's utter bollox without any reason because they're entitled to an opinion.

anyway you can send me part two and three?

Wow thanks for posting this, there has been some disturbances in the force lately.. Weird pieces are moving in to position. Just going to leave this sneak peek here. 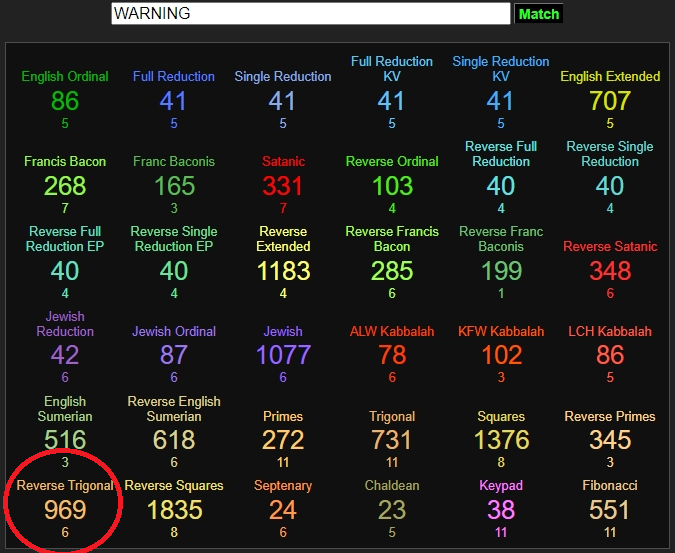 Here's a related addon to your "Twins" symbolism...

Here was a natural spring where the beautiful Leto is supposed to have spent an hour of love with Zeus, then giving birth to the twins Artemis and Apollo (didymoi in Greek).


Twin sister of Apollo, goddess of the Moon and epitome of America’s next chapter in space exploration.

NASA:
With our goal of sending humans to Mars, we're going back to the Moon to stay and Artemis is leading the way.

I'm seem to recall NASA & Co. are planning to build an Aricebo like dish on the far side of the Moon.

'It will be possible to replicate people, devices, objects, systems, and even places in a virtual world,' a research paper states.

What is Digital twins? (2 min)


By circa 2030 we will all live in an AI controlled virtual reality Matrix world (like something out of "Ready Player One"), never have to leave home (Pod), full lockdown accomplished.

This masonic Hegelian Dialectic will result in the reconstruction and consolidation of every aspect of our known matrix. 50% of US jobs will not survive the 4IR according to Klaus Schwab.
Klaus says Talentism will replace capitalism - teaching kids to become entrepreneurs will be their way out of poverty. This will encourage extreme competition resulting in the integration of AI for a more intelligent 4IR competitor.

Klaus: 4IR economy will rely on talentism - it will replace capitalism. AI is so important because the 4IR depends on intelligence which needs to be maintained and upgradable to succeed. AI will be the key factor in the forced Great Reset.

How to achieve AI mass adoption
With jobs in short supply, in a 4IR world where talentism will demand intensified competition, DESPERATE TO SUCCEED, people will be more willing to integrate AI into their lives to gain an edge on their competitors. Talentism in the form of exploited employees with neurological differences, such as ADHD, dyslexia, dyspraxia, chronic depression or autism, to boost the company's technology offerings.

Or listen to Klaus Schwab: Global Leadership needed in the Era of Fourth Industrial Revolution: (from June 2016)

also,
the movie 'Asteroid' is coming out October 2021 (seems more like a comedy about an asteroid impact)

So that is TWO movies about asteroids hitting Earth in the same month.

Artemis was the twin sister of Apollo. Both children of Zeus, they had been born to a maternal Titaness named Leto. In relation to their mother, the twins often worked very closely together. Armed with the bows that they were both experts with, they were her protectors and defenders.


Artemis and Apollo remained close to each other forever. Both siblings would become associated with the skill of archery, and they enjoyed hunting together. In addition, both had the power to send plagues upon mortals.