As an artist and creative yourself I know you understand what is involved and thank you for taking the time to really look at what is there. One of the trickier aspects was learning precisely what uniform each unit wore and what the facing colors and patterns were. Many of the figures were modified by swapping heads or limbs from other models, cutting them off and gluing them on another. Some units never had models made for them and the entire unit would have to modified to retain accuracy. Consider that Napoleon brought cavalry with him - 9 distinct unit types and their uniforms in 1815 were not the same as they wore before 1809. Just finding the correct sources is no small task but the learning is something I find quite rewarding.

Few will give a damn that the old guard chasseurs had different shaped cuffs from the grenadiers but you will if you have to paint them. Tin buttons or brass? gaiters or long pants? I could go on forever. Ironic that I first become interested in Napoleon in 1965 when an issue of Time/Life had a feature article on the 150th anniversary of Waterloo. It was a few epic paintings that fascinated me and I view the diorama as a large series of paintings that will hopefully accomplish the same for future generations.
PS: I just learned today the man organizing this madness is a Major General in the British Army and here I've been emailing him and addressing him like some Joe Schmoe.

That would be awesome. Especially pop ups to ID a particular soldier and then share some letters to home or pictures of personal items like a pipe and tobacco bag or even a family sword.

All that is possible and hopefully the future of what this project can teach.

Nothing but respect for people with the patience and fortitude to paint all those individual pieces and place them.

Major General James Cowan CBE DSO was commissioned into The Black Watch (Royal Highland Regiment) in 1987 and in his early years served in Germany, Northern Ireland, Zimbabwe, Hong Kong and Lesotho. From 2004 to 2010, he commanded in Iraq and Afghanistan. In 2015, James left the Army, and is now the Chief Executive of The HALO Trust and a trustee of Waterloo Uncovered.

I suddenly feel unworthy to walk among such giants.
edit on 7-9-2021 by Asktheanimals because: (no reason given)


Few will give a damn that the old guard chasseurs had different shaped cuffs from the grenadiers but you will if you have to paint them. Tin buttons or brass? gaiters or long pants? I could go on forever.

Ok, I’m going to let out a deep secret……I used to paint………..Warhammer 40K models…
I was really good at it too because I was a decent painter and knew colors well. I could also paint with just the very tip of the finest brush. Most people have no clue the time these models took, but I do…and it’s incredible

Space marines in the closet eh? That's ok, I spent 6 months last year painting about 100 DND figures, have you seen the sculpts out in the last few years? Light years ahead with .printing now. Games workshop was a great start but other companies have gone further. I still have a large model of Tiamat to build and paint. Not ready for that challenge yet.

posted on Oct, 11 2021 @ 12:50 PM
link
Here's my latest batch I sent over to England which got there in only 5 days from the US. Expensive but worth it. Anyhow this is the entire French 4th Cuirassiers regt which will be displayed next year on the mass cavalry charge section of the diorama. You should watch the movie Waterloo too see what happened. It was a slaughter

I'll make a point of going to The Smoke and visiting this when the full exhibition is open to the public.

originally posted by: Asktheanimals
Here's my latest batch I sent over to England which got there in only 5 days from the US.

I envy your creative dedication to the project.

posted on Oct, 12 2021 @ 02:50 AM
link
a reply to: Asktheanimals
My parents went to visit the Waterloo battle field once. Their comment on the presentation of the site was "You would think that Napoleon had won". I'm sure Chelsea won't give that impression.

Unfortunately it seems the exhibition will only be open from October 20-23 inclusive.
Admission is free.

I very much doubt I'll be able to get down there at such short notice.

I've never been to the National Army Museum but I did visit The Imperial War Museum back in about '83.
I imagine its changed a lot since then, would love visit both next time I'm in London.

posted on Oct, 13 2021 @ 12:05 PM
link
Good news: The President of the Museum truly believes in this project and has proclaimed his dedication towards making or finding a building to house the whole diorama. We devote as much indoor space to sporting activities, I see no issue in doing the same for something with so much historical and learning potential to be treated the same. It's going to happen, there are many well-connected people being drawn in support of the project. I wouldn't have given months of my life to a project I also didn't believe in. It's going to happen regardless of all the other disasters happening worldwide.

originally posted by: DISRAELI
a reply to: Asktheanimals
My parents went to visit the Waterloo battle field once. Their comment on the presentation of the site was "You would think that Napoleon had won". I'm sure Chelsea won't give that impression.


There will be a plethora of dead and wounded Frenchmen on the field. Being on display in England you can rest assured the victory of Wellington will be front and center and nobody will leave with a false impression of who won that day, June 18, 1815.
edit on 13-10-2021 by Asktheanimals because: (no reason given) 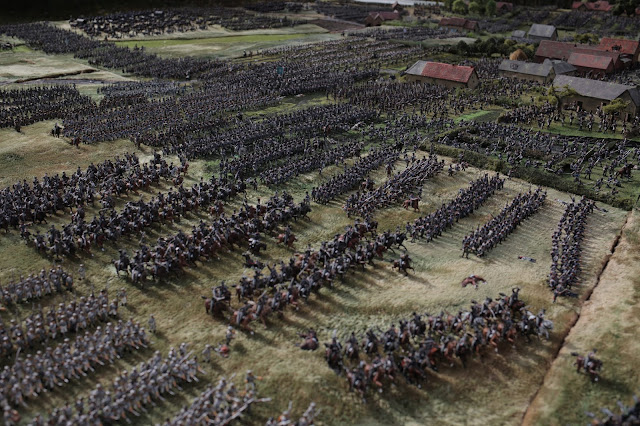 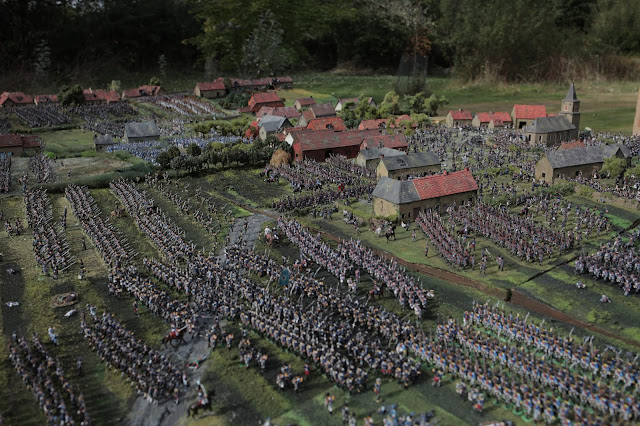