China bans men it sees as not masculine enough from TV
Broadcasters must “resolutely put an end to sissy men and other abnormal esthetics,” the National Radio and TV Administration said, using an insulting slang term for effeminate men — “niang pao,” or literally, “girlie guns.”

That reflects official concern that Chinese pop stars, influenced by the sleek, fashionable look of some South Korean and Japanese singers and actors, are failing to encourage China’s young men to be masculine enough.

There is a couple of things going on here, and I know where they all lead.
China messed up with their one child policy. Now too many men and not enough women........ What could possibly happen?
What happens in mens Prison?

If did get me thinking about the world and our times. Growing up of course there were children that were different. Someone you knew that was absolutly gay. It was rare, one or two in your entire friend group. Now it seems half the population is like that. Was I blind, were that many people hiding it, or is it just so openly encouraged now people are like, what they heck...Have we in the west been so influenced by media that it is changing us? I remember when a drag queen would have been really looked down on, and now it is like nothing. Not saying it is right or wrong, just noticing the change. Maybe China sees us and is trying to prevent it.

Yeah, I’ve said it before all the folks feeling entitled and accepted during the global color revolution better be careful…eugenics and totalitarian systems go beautifully

posted on Sep, 3 2021 @ 12:41 PM
link
China.
1.5 billion people
over populated
depleted resources
attempted population control for 50 years and failed
too many old people
not enough women
too many men
communist and athiest
social credit system
technocrat control by the experts in science

appears to be the perfect match for gay men

however, they reject the idea of the "girlie men"

I am certain Captain Obvious would speak up about now 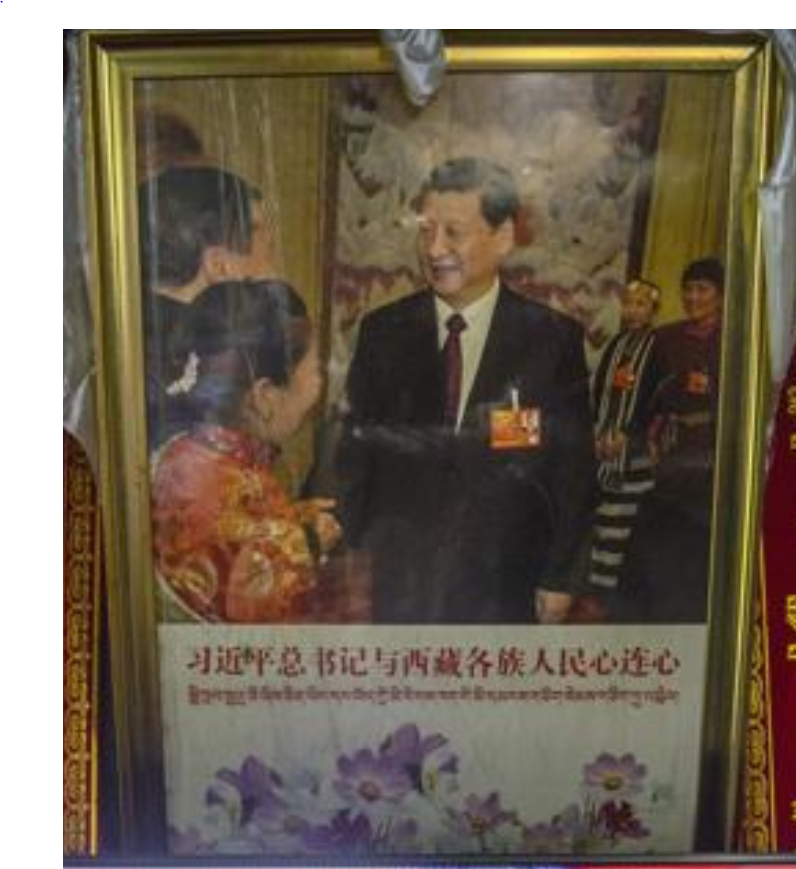 Notice how President Xi, the picture of a man's man, is the only one in the picture wearing western garb?

To be honest, I wish they weren't allowed on UK and USA TV aswell. They've had way too much screen time over the last few years, time to put a stop to all the brainwashing and child manipulation.
edit on 3-9-2021 by CrazeeWorld777 because: (no reason given)

posted on Sep, 3 2021 @ 01:18 PM
link
Last I read they have approximately 10M plus men who would never find a woman in China as a companion due to shortage of women. What happens to these men emotionally when they fully understand having a family is highly unlikely in their circumstance? I have no idea but it can't be good. Drugs, violence. I don't think it will end well.

I read about the same thing (homosexuality emerging from culturally produced discrepancies in male/female populations) occurring in India. In India most men desire sons. Subsequently, they have banned sonograms in India due to the incredible circumstance of post-sonogram abortions (child is a female, destroy the fetus and start over). As a result the underground sonogram market is booming (I'm not making this up). Also boom-boom-booming is the stark rise in homosexuality. Let's face it, humans are sexual, and are going to engage in sex. If you create a population with an insignificant number of viable sexual partners to maintain a homogenous heterosexual population, the men will inevitably couple with the men.

That's an interesting observation. I'm not certain I would have otherwise caught that...

Well, as I think about totalitarian regimes meddling in things like population control, you're essentially setting up a program of failure. Think about free market economics. Businesses thrive and/or fail based upon such principles (in a pure market forgoing the aforementioned interventions). Likewise, if populations were left to natural growth and reduction, they would find a point of equilibrium, a perfect size of population that is naturally sustainable by the given environment. With the rise of urbanization with overly abundant resources, welfare and even such nuances as vertical living integration (leaving the ground for the skies to increase population size on land that would otherwise be ridiculously too small for those living there...think high rise apartment buildings), the control by government in such affairs is going to throw off the balance inevitably.

I was told a story when I was at University by a visiting professor (scholar on China). He spoke of Mao and how terrified everyone was of him. Apparently he was a classic "shoot the messenger" sort of guy, and he would kill those that brought him news that disagreed with him. Thereby, guess what happened. You got it, people stopped bringing him bad news. So China was experiencing something of a famine, and so the great Chairman Mao went out into the growing fields to examine them to which he noted that the rows of crops were too far apart. Look at all this wasted space! So he ordered that all the fields should divide the distance between crops in half, thereby doubling their yield. Of course, no one spoke up to tell him this would fail, that the crops were separated at a distance necessary for their growth, and rather simply obeyed. The resulting famine that followed was one of (if not the) worst in the history of the world.

That was one of the potential war flashpoints as well, with the disparate population makeup like that I could see them invading another country for their women.

originally posted by: BlueJacket
a reply to: JAGStorm
What if they all look “girly?”

Yeah, I’ve said it before all the folks feeling entitled and accepted during the global color revolution better be careful…eugenics and totalitarian systems go beautifully


Depends how many beers you have had, I had this terrifying experience once when saw this beautiful figure from behind (I was much younger) and long lustrous golden hair down to her waist and could not wait to see her face so got a bit closer wondering the way you do when something catches your interest like that.

It turned, I turned green and did not know were to look and wondered if something was seriously wrong with me for there was a full beard and those boobs were over sized pectorals.

We have set a great example of what not to do

originally posted by: Wizzz0001
a reply to: LABTECH767
Been there. That's why I stopped drinking tequila.

No Boy Bands or Ladyboy shows, how politically incorrect of CCP.

Excellent point. I hadn't thought of it from that angle.

Clamp-down on foreigners and foreign influences (Communist Party, not "China", or the people as such).
edit on 3-9-2021 by halfoldman because: (no reason given)

posted on Sep, 3 2021 @ 04:55 PM
link
It's not only " girlie boys " , its the fact that now we are seeing an increase on the daily morning shows with men dressing up as girls and acting as a retarded male specimen . I'm old and I lived in a time when us males talked the talked about the flavor of the night ( lol ), but really this all has to do with close living quarters and that is a fact. Balance of distance and balance of man to woman needs to be maintain in society for it to grow healthy.

In this post by Serpenza is wondering if China has actually declared war on the West. An article in the Peoples daily makes it clear that a cultural revolution back to Socialist ideas is taking place. It accuses the West of starting a Biological war in China etc.It does rather look like the floods Covid and the lockdowns have taken a massive toll on the economy, but they suggest it will be a good thing as the country will now man up as I understood it. So this article is sanctioned by the top and accuses the West of all its present ills. So the next Cold war is underway, How much of our present dystopia could be caused by a prelude to War?