posted on Aug, 30 2021 @ 03:36 PM
link
CDC Director Rochelle Walensky has apparently conquered Covid (JK), and has time to tackle gun control too. Is this even in her purview? 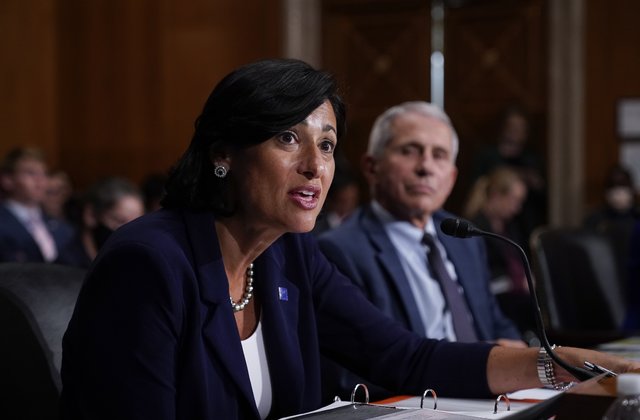 "In my opinion, gun violence is an issue for local police departments, state attorney generals, and the ATF. In that order."

Walensky calls gun violence a "very serious health threat", and I agree with that also, but is this something that The CDC should be involved in? And when Covid numbers are going up again with the Delta variant, should she really be bifurcating her focus like this? Perhaps they just want to study it, without a specific agenda or motivation. What do you all think?

If the government thinks they have a problem getting people to take the vax... they are really entering a problem area now.

I suspect any gun control research they attempt would be pretty biased...

Quite frankly, there is enough data available that anyone with even rudimentary statistical chops could whip up a study as to causes, impact, etc. Anyone can pull FBI crime stats on perpetrators, type of weapons used, victims, etc.

Let me save the CDC time and resources;

1) Assault weapons are not the problem. First there is no such thing, but for sake of argument, let's call all rifles AR-15s. This category only amounts for about 5% of the weapons used. Handguns are the issue.

2) 99.9% of the guns used in homicides and violent crime are already illegally owned. This alone points to the fact that more laws don't matter.

3) Vast majority of gun crime is concentrated in urban areas and in particularly within the black community. It isn't so much a gun problem as it is a young black male problem. Unless we can address the cultural issue driving the gun violence within this demographic, it will never be resolved.

posted on Aug, 30 2021 @ 03:59 PM
link
I see they got brave calling all those eviction moratoriums that the supreme court just overturned. Might as well keep trying seeing as how they got away with it for a while. Those seeking power should never have it.

posted on Aug, 30 2021 @ 04:00 PM
link
Yeah, criminals and loose cannons should not have guns. Taking them away from good citizens so they cannot protect themselves from criminals sounds stupid to me. Our right to bear arms is not only about protecting us from a corrupt government, it is about protecting us from corruption everywhere. They would have to have have ten times the amount of cops here in the U.P if they took away everyone's guns...Most people have a gun in their house here, it keeps the criminals from breaking in if they don't know if the person is armed or not. They don't want to get shot breaking in, they would love it if nobody had guns.

America...or, I should say, Americans...are the last defense against tyranny on a worldwide scale, and our 2A is a huge thorn in their side.

Sometimes I think this whole Covid hype was to calibrate just how far these globalist pr**ks could take it.

Once our 2A is gone (and little by little that frog has been reaching a boil), we will be subjects of the globalist powers and no longer American citizens with God-given rights.

We cannot allow America to become what Australia has sunk to.
edit on 30-8-2021 by queenofswords because: (no reason given)

posted on Aug, 30 2021 @ 04:22 PM
link
a reply to: DreadKnock
I guess the CDC could try to broadly re define some kind of mental illness to make it appear most of the population suffers from it,then get the government to ban anyone with that illness from owning guns..
Or bonus points if they can make some link between covid and mental illness-maybe they could say society as a whole has become depressed or anxious due to the pandemic,and for that reason they need to take the guns away as a special emergrncy health measure.

That woman sure sounds hell bent on the idea though-even though its not really her job is it?

Or did Ms. Walensky forget what the D in cDc stands for?

Hard to let the local police handle anything in populations that gun violence is a problem because they want to defend and dismantle the police in all of the problem areas.

CDC should have no say in anything gun control at all.

Until they go after the actual problems (black on black crime, mental illness, etc) then no amount of laws will do anything.

How do these idiots get put in positions of power at all? 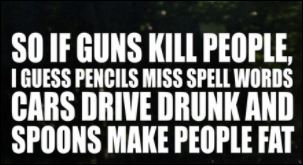 This come out and just blows me away.
Uncanny.

originally posted by: mamabeth
a reply to: JinMI

If AR platform rifles were the problem, you would know it

Wow the CDC lap dogs are now in charge of the nations law making,

un freaking believable, but what do you expect from a nation that do not have leadership anymore this is how governments are over taken over.


originally posted by: mamabeth
a reply to: JinMI

Come on man, do you really believe that over 80 million PEOPLE
voted for him? "They" may have gotten him that many votes but
are they backed up by a real person? Mama doesn't think so.

Did the asterisk not land well?

Went over my head,I have been canning all afternoon.