What is the Russian hypersonic complex "Avangard" 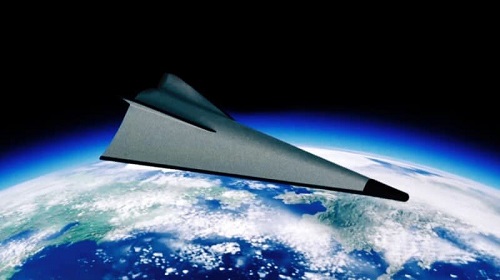 On August 10, 2021, during the next single day of acceptance of military products, the commander of the 13th missile division, Major General Andrei Cherevko, reported to Defense Minister Sergei Shoigu about the intercession of the first regiment on combat duty until the end of 2021, armed with the Avangard strategic hypersonic missile systems:

“Work is underway to prepare two silo launchers with missiles. Rearmament is being carried out according to the approved schedule. Loading missiles into silo launchers and making them ready for combat use is scheduled for the fourth quarter of 2021. "

For my friends from the forum, I want to write what this complex is and its staff structure.

In total, it is planned to re-equip two missile regiments on the Avangards, and the Strategic Missile Forces (Strategic Missile Forces) are planning to have twelve launchers of this missile system. Major General Andrei Cherevko also said: "In the period until 2023, it is planned to put on alert another missile regiment in the 13th missile division with the Avangard strategic missile system."

There is a pattern for putting on alert - two launchers per year, usually in December. With such a frequency, all twelve Vanguards of the Strategic Missile Forces should have received by the end of 2024. But in 2022, six launchers of this missile system should be on alert, and not two, as usual.

By the way, it is in 2024 that the share of modern missile systems is planned to be increased to 100%, that is, the Strategic Missile Forces will step over the line beyond which there will be no Soviet-made missile systems in the combat composition.

The 15P771 Avangard missile system structurally includes a launch vehicle in the form of a UR-100N UTTH ballistic missile and one 15Yu71 planning hypersonic warhead. In reality, Russia needs to produce only 15Yu71 planning hypersonic warheads, and the UR-100N UTTH intercontinental ballistic missiles already exist: they are in storage.

A strike in the interior of the continental United States can be delivered 15 minutes after launch. This will allow Russia, in a retaliatory nuclear missile strike, to fire the second, but hit the targets first.

In addition, the twelve deployed Avangards are also a preemptive response to US plans to deploy short- and medium-range ground-based missiles in Europe and the Asia-Pacific region. Let these missiles be in conventional equipment, but they are capable of solving strategic tasks due to their high accuracy and flight range.

The power of the Avangard nuclear warhead is more than two megatons of TNT. This is enough to destroy critical targets and inflict unacceptable damage. Some Russian military analysts cite the San Andreas Rift and the Yellowstone Volcano as particularly important targets in the United States.

Of course, Russia is creating such weapons as Avangard not for use in a preemptive strike, but exclude for containment.

posted on Aug, 28 2021 @ 04:14 AM
link
Thanks for the information. I wonder how much is fact and how much is propaganda about the Avangard capability ? I really think they need to change the targeting to someplace in China as the Chinese are in expansion mode not the USA.

My friend, Russian propaganda tends to underestimate the real capabilities of the Vanguard, they are known only to a narrow circle of specialists and possibly intelligence.
In China. Russia and China are now close partners. China, unlike the West, does not export democracy to Russia, does not try to overthrow the government with the help of “color revolutions,” and does not want to dictate its will. Russia and China are conducting equal interaction, taking into account the national interests of both countries. And the Russians can draw conclusions)))

originally posted by: RussianTroll
a reply to: 727Sky

My friend, Russian propaganda tends to underestimate the real capabilities of the Vanguard, they are known only to a narrow circle of specialists and possibly intelligence.
In China. Russia and China are now close partners. China, unlike the West, does not export democracy to Russia, does not try to overthrow the government with the help of “color revolutions,” and does not want to dictate its will. Russia and China are conducting equal interaction, taking into account the national interests of both countries. And the Russians can draw conclusions)))

What you say is true about today.. An enemy of my enemy is my friend.

Looking at recent history China has made claims on Russian territory and cities and once they see a way to take advantage of you they will IMO.

I still think Russia and the USA should be brothers and not enemies but my wishes do not seem to be coming true, however, trust China at your own risk as the British and the world did over Hong Kong and the international agreement about the Philippines and China both withdrawing form some islands claimed by both...well the Philippines withdrew and China just moved more naval assets into the area.

Chinese have a saying about a forked tongue devil that can speak out of both sides of it's mouth while saying to different things to different people.

Russia is very successful in solving all the emerging problems with China, both natural and artificially created. Everyone needs to understand a simple thing - both Hong Kong and Taiwan - this is all China and the Chinese live there. This is their land, not the land of England, the United States or anyone else. The Chinese are as much a divided nation as the Russians. The unification of artificially divided nations is an objective and inevitable process. Why bother him? To make new enemies? This is strategically counterproductive. My opinion.

posted on Aug, 28 2021 @ 09:28 AM
link
a reply to: 727Sky
I'm a big second on the US/Russian Brotherhood. I think our two countries working in peace could accomplish some very great things, not just for our respective countries but the world.

And now I know why the USAF was so interested in developing the long-loiter near-space platform the firm I worked with had proposed.

Only an asset hovering at 100,000FT+ would stand a chance of detecting, targeting, and interdicting a hypersonic target: ground based defenses are too slow, space-based defenses in LEO are transient due to orbital dynamics (they cannot defend a specific area continuously without multiple vehicles), while geostationary assets suffer from the same time-to-target problem as ground-based defenses, plus, GEO systems must compensate for atmospheric attenuation when employing DEW-based solutions.