Something is so fishy with Afghanistan

How can they have enough Taliban left to take over every city in the country in a matter of days?

They cant hide in caves for 20 years and train for war with the U.S. militaries technology .

We have satellites and MOABS and so much more and we were there 20 years .

This makes no sense to me . Unless its all bull caca

First, you can't kill an ideology.

Second, we were there for resources despite what the narrative claims about terrorism.

Hard to kill what you create.

We are always at war with somebody. Where are we going now? Maybe thats the key? We need all of our military ready for another attack we are planning? Iran, China? The United States?

originally posted by: sciencelol
That is a whole generation of the most powerful military on earth occupying that place

How can they have enough Taliban left to take over every city in the country in a matter of days?

When the occupying superpower leaves, and the local army drops their guns faster than the French, it doesn’t take much of a Taliban.

Hard to kill what you create.

Yea but if you create a monster you don't kiss its ass as you run away. All he had to tell the Taliban and he could use his famous "look" the military already wants to deploy more troops and stay here indefinitely. What are 20-30 more days after 20 years?


You may have a valid point however, you have to wonder if all the crime and Muslim no go zones that will pop up in the next few years will make it worth the cheap labor. The Muslim faith and Sharia law is perfect for those in power as the masses are controlled all the way down to which hand they wipe their butt with.

posted on Aug, 24 2021 @ 08:05 PM
link
Nobody learned anything from Vietnam? Literally it was a repeat. The original had political support. After that it all went down hill again because of the Democrats. You cannot fight a polite war. You hit them hard and remove their desire to fight. We didn't do that.

If I am understanding you correctly, are you saying Sharia law will become the norm in the places they flee too?

Can you elaborate a bit more?

Maybe the people he keeps saying he is going to be in trouble from made the call and told him get out now.

If that were the case then why would the US give it all up? I know the US has all of it's own lithium and south America at it's disposal ... but why give up Afghanistan which they clearly had a choke hold on?

Fixed that for you.

Has anything made any sense the last 2 years?

originally posted by: strongfp
a reply to: 727Sky

If I am understanding you correctly, are you saying Sharia law will become the norm in the places they flee too?

Can you elaborate a bit more?

The no gone zones are usually ruled by Muslim Sharia law. Underage marriages and many other things dictated my Sharia. As the Muslim population increases they get representatives in the government who can prod and push laws that they think is more inline with the Muslim faith.

STAGE ONE—When Muslims are completely outnumbered and can’t possibly win a physical confrontation with unbelievers, they are to live in peace with non-Muslims and preach a message of tolerance. We see an example of this stage when Muhammad and his followers were a persecuted minority in Mecca. Since the Muslims were entirely outnumbered, the revelations Muhammad received during this stage (e.g. “You shall have your religion and I shall have my religion”) called for religious tolerance and proclaimed a future punishment (rather than a worldly punishment) for unbelievers.

STAGE TWO—When there are enough Muslims and resources to defend the Islamic community, Muslims are called to engage in defensive Jihad. Thus, when Muhammad had formed alliances with various groups outside Mecca and the Muslim community had become large enough to begin fighting, Muhammad received Qur’an 22:39-40:

"Permission (to fight) is given to those upon whom war is made because they are oppressed, and most surely Allah is well able to assist them; Those who have been expelled from their homes without a just cause except that they say: our Lord is Allah. . . ."

STAGE THREE—When Muslims establish a majority and achieve political power in an area, they are commanded to engage in offensive Jihad. Hence, once Mecca and Arabia were under Muhammad’s control, he received the call the fight all unbelievers. In Surah 9:29, we read:

"Fight those who believe not in Allah nor the Last Day, nor hold that forbidden which hath been forbidden by Allah and His Messenger, nor acknowledge the Religion of Truth, from among the People of the Book, until they pay the Jizyah with willing submission, and feel themselves subdued."

Notice that this verse doesn’t order Muslims to fight oppressors, but to fight those who don’t believe in Islam (including the “People of the Book”—Jews and Christians). Not surprisingly, we find similar commands in Islam’s most trusted collections of ahadith (traditions containing Muhammad’s teachings).

Sahih al-Bukhari 6924—Muhammad said: “I have been ordered to fight the people till they say: La ilaha illallah (none has the right to be worshipped but Allah), and whoever said La ilaha illahllah, Allah will save his property and his life from me.”

Sahih Muslim 30—Muhammad said: “I have been commanded to fight against people so long as they do not declare that there is no god but Allah.”

Here again, the criterion for fighting people is that the people believe something other than Islam. It’s clear, then, that when Muslims rose to power, peaceful verses of the Qur’an were abrogated by verses commanding Muslims to fight people based on their beliefs. Islam’s greatest scholars acknowledge this. For instance, Ibn Kathir (Islam’s greatest commentator on the Qur’an) sums up Stage Three as follows: “Therefore all people of the world should be called to Islam. If anyone of them refuses to do so, or refuses to pay the Jizyah, they should be fought till they are killed.”

Sharia in a nut shell.. But but they have changed !! Nope not in my opinion.

Fixed that for you. Has anything made any sense the last 2 years?


Only if one thinks living in a dystopian nightmare makes sense and is ok...

It truly feels like the globe is marching towards a unified, totalitarian system of control and extreme oppression over the masses...

The C.I.A. director visited Kabul for secret talks with the Taliban

The C.I.A. director, William J. Burns, traveled to Kabul for talks with the Taliban leadership, American officials familiar with his visit said on Tuesday, conducting the administration’s highest-level in-person talks so far with the new de facto leaders of Afghanistan.


Mr. Burns, who titled his memoir “The Back Channel,” specialized in delicate, secret communications during his long State Department career. A former ambassador to Russia and Jordan who rose to the department’s No. 3 post during the Obama administration, he was responsible for the initial undisclosed discussions that ultimately led to the Iran nuclear talks in the Obama administration.


When those talks produced the February 2020 agreement for American troops to withdraw, Mr. Baradar signed on behalf of the Taliban. A few days later, he spoke with Donald J. Trump — the first conversation between a U.S. president and a Taliban leader.


Given what we been watching play out on TV, I'd like to know how they just casually flew him into Kabul.🤡

Have you read the deal agreed between the US and the Taliban?
It explains why the Taliban now rule Afghanistan again. The US just surrendered it, even promising financial support.

Agreement for Bringing Peace to Afghanistan [PDF, 4 pages] signed Feb 29, 2020 by Ambassador Zalmay Khalilzad for the United States of America. Khalilzad was appointed by Trump as special envoy. That will give you a new perspective to reflect on based on what is going on now.🔥💥 Did Trump know about such language in the agreement? He sent his West Point boy Sec. Pompeo to oversee the signing.

Art of the deal to the Taliban - "The Islamic Emirate of Afghanistan which is not recognized by the United States as a state and is known as the Taliban"... Do NOT interfere with us (USA + allies) and you (Taliban) can do whatever the hell you want. Another epic disaster in the making and pResident Biden has already named the new, not new terrorist regime...ISIS-K.

The Taliban promised to protect a pipeline passing through Afghanistan from Turkmenistan to Pakistan & India. It will bypass Iran and give the USA access to oil reserves in central Asia. Democracy, human rights and the environment come 2nd to oil/gas & greed. Lockheed will be selling F-35s to the Taliban ($$$ via USAID) before long; pilots are extra.

Seems Trump wanted the US out by any means necessary and let them fight their own battles, but the "Plan" was not executed as agreed concerning the date/timeframes set. IDK, stranger things are afoot. 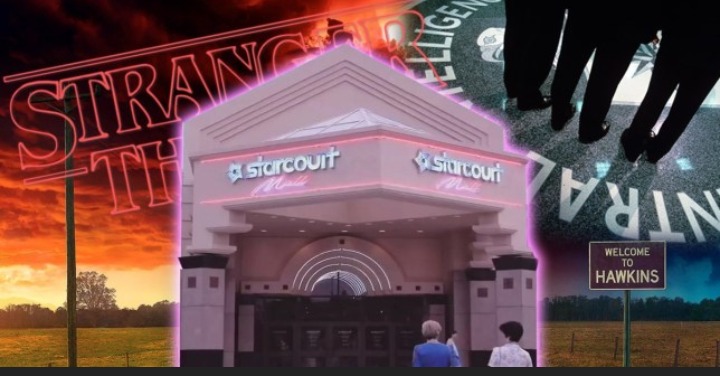 originally posted by: JinMI
a reply to: sciencelol

First, you can't kill an ideology.

Second, we were there for resources despite what the narrative claims about terrorism.

I'm not sure if this is what you meant but you made me think.

What if US wants China to take over so they can use cheap labor to mine resources and we can continue to buy those technologies that use those resources for cheap "from" China?