it's time to shut your face about assault weapons 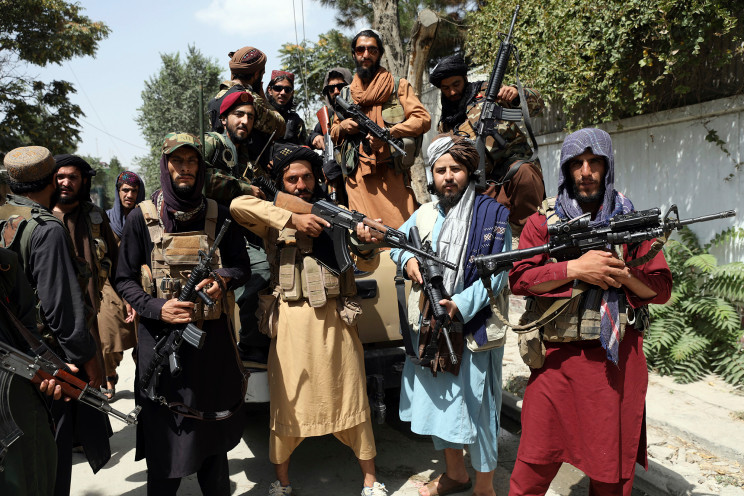 
Taliban has billions in US weapons, including Black Hawks and up to 600K rifles

For those who understand the very basics of weapons, there are a few distinct differences. There are single shot, semi-automatic, and a very rare and expensive Fully automatic. True assault weapons are fully automatic and were largely only owned by elite Police units and military. Private collectors can purchase them, but they need special paperwork to do so, and since publicly available fully automatic weapons are no longer manufactured for sale to private citizens, the only way to get one, is to have someone sell you one, and with supply and demand, they are expensive. Like over 10k$ expensive.

Now that we have that little education part out of the way, I want to talk about the southern border. Right now, we are apprehending record numbers of people coming across. They are nice enough to all come to areas with Border agents and those agents are quickly overwhelmed by the workload. Believe it or not, that leaves holes in the system for "the bad man" to cross in other areas and bring things with him. Currently Drugs and kids they plan to sell are among the things they bring in. Is it remotely possible that they could bring in a weapon? Perhaps an M-16, or even an M-249 SAW. Both fully automatic.

Now, we were just told in the article at the top of the OP that the US left over 6000 weapons in Afghanistan. Everything from m-16's, to .50 cal sniper rifles, to M-249 SAW (which are usually mounted on light armor vehicles or carried by the unlucky guy. Are the Taliban as good with keeping up with weapons as the US military used to be? If not, then perhaps some of these weapons could find there way to the US via the southern border.

Now, think back to any mass shooting that involved a kid with an AR-15. That school in CN, that nightclub in Florida, that school in Florida. Any of those would have been exponentially worse with fully automatic weapons. And when those weapons were provided by Joe Biden through his epic incomitance, the argument about taking away "assault weapons" from citizens (which aren't actually assault weapons at all, but semi-automatic rifles with room for attachments like flashlights and junk) seems totally and utterly disingenuous.

Going forward, any mass shooting that is tied to one of these true "weapons of war", will be directly the fault of Joe Biden and Kamila Harris. Anyone who champions getting rid of "weapons of war" has a new mission in life. Make damn sure NOT ONE of these weapons finds its way to the US. The blood associated with any shooting will be on Joe Biden's hands.

I've been told many times that I don't need an AR-15 to protect me from the government because they have better weapons so I would fail.

SHALL NOT be infringed is what the COTUS states. It doesn't state "Shall not be infringed" UNLESS.

now I have to make up this second sentence because it is the rule.