posted on Aug, 19 2021 @ 03:16 AM
link
You hear all kinds of stories about Loch Ness but I have never heard of Morag of Loch Morah. The video talks about the sightings and history of the village of Morah which IMO needs some tourist dollars !!youtu.be...


A shorter version of the story youtu.be...

I actually thought I had seen Morag once. Was coming down a small glen on the side of Loch Morar when I saw what appeared to be a large animal - bigger than an elephant - thrashing about in the water, just off the shore. It actually took me several minutes of observation before I realised it was just a rock being splashed by waves. But it did show how easily even a good observer can be fooled. And by definition it was Morag, at least for a few minutes.

The third of the big 3 Scottish loch "monsters" is Seileag, who lives in Loch Shiel (as seen in some of the Harry Potter movies - Glenfinnan, home of the infamous viaduct, is at the north end of the loch). A very reliable friend who used to operate boat trips on the loch once saw a large object on his sonar. It may have been a submerged tree trunk. It may have been a very large eel. It's was also Seileag ....

I've watched a seal swim within 100 yards of the river mouth chasing sea trout. At full tide and with heavy rain a seal could easily swim up the into river and into the loch.

A hungry enough seal could negotiate that no problem.

ps, If anyone is interested, The train carriages going over the bridge are the Carraiges used in the filming of Harry Potter only they are not hauled by the Hogwarts express, It's a similar steam train named the Jacobite. 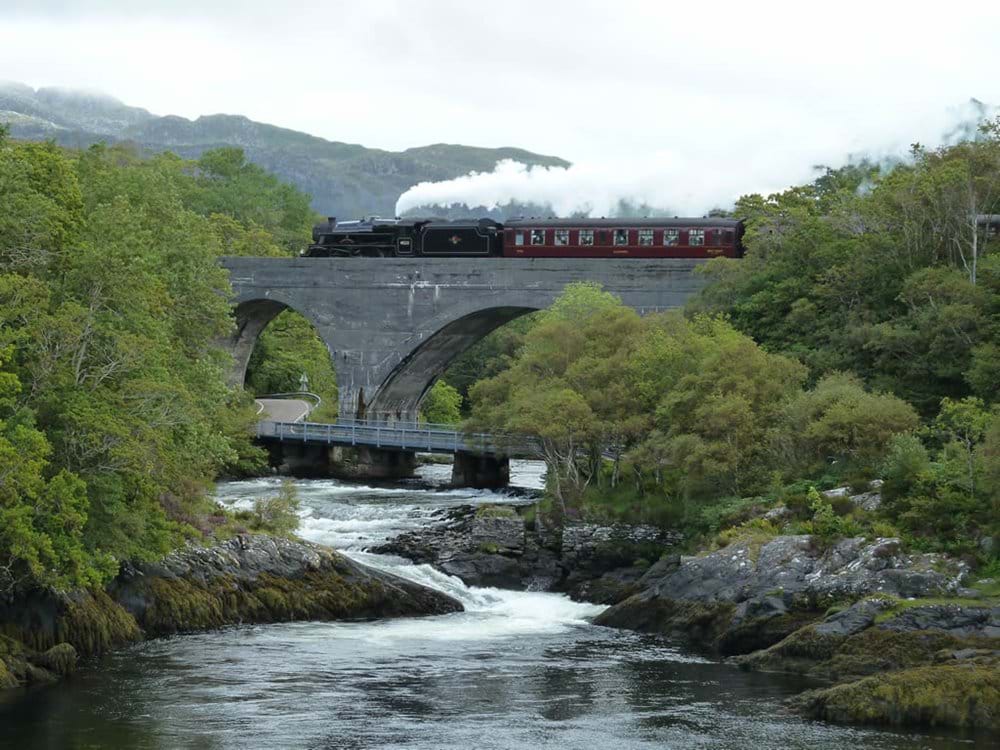