posted on Aug, 11 2021 @ 05:12 AM
link
In 7 hours NASA will do a teleconference media briefing on "important findings" regarding Osiris-Rex spacecraft


OSIRIS-REx spent over two years near the asteroid Bennu, which is a third of a mile (500 meters) wide. During that time, the spacecraft gathered information about Bennu’s size, shape, mass, and composition while monitoring its spin and orbital trajectory. Before leaving the near-Earth object May 10, 2021, the spacecraft scooped up a sample of rock and dust from the asteroid’s surface. OSIRIS-REx will return the sample to Earth Sept. 24, 2023, for further scientific study.


As media is coming up with senstional titles like:
"What Did NASA's OSIRIS-REx Mission Find In Space? 'Important Finding' "
"What did NASA find Near Bennu?"

they all hint at a finding in space, near Bennu and not connected to the rock samples that where collected by Osiris Rex, which are still on their way back to Earth.

Either way,
Not sure if it's going to be streamed live for the public, since it's says media only,
And their finding may very well be far less sensational then the media is hinting on,
But I'm not going to deny that I'm secretly hoping for exiting news

posted on Aug, 11 2021 @ 06:38 AM
link
It said when I was a child that the moon rocks changed mankind here on Earth, so I guess we'll have another mankind change then.

It always sounds semi- exciting, but ends up being as dry as a camels fart ...

yes, but the discovery seems to becoming from near the rock, not from 'on' it... maybe it has a passenger in it's tail

originally posted by: Timely
a reply to: KindraLabelle2

It always sounds semi- exciting, but ends up being as dry as a camels fart ...

This great!! I'll be watching that and after that I'll head over to the garden for that other space event we got planned for today... 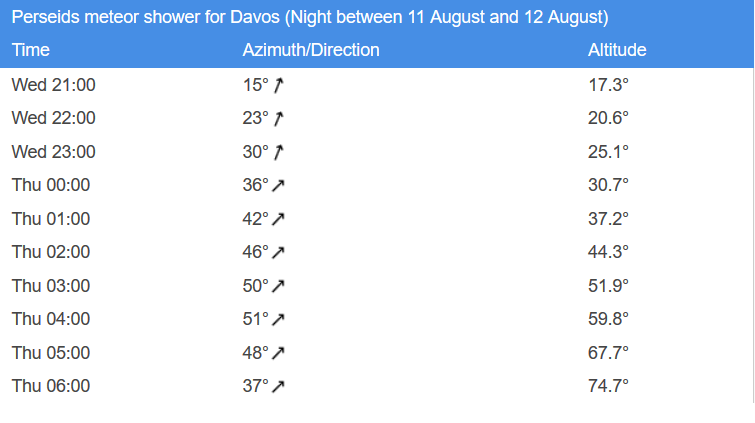 Got the lawn chairs already in place, 6 pack in the cooler...

by guessing your location, Perseids should be best visible around 3.30 am. N-NE

I want to stay up and watch.... but don't think I can stay awake for it

ETA: CoolScience Radio is actually updating us on the installment of the new toilet on ISS...lol

So...no collision and with the data collected planetary defense scientists can better predict future orbits of other hazardous near-Earth asteroids.

Here's a sampling from when they hit that sucker in the face last year.

Thanks for an entertaining head-up OP!

posted on Aug, 11 2021 @ 01:20 PM
link
Basically they said that the Osiris Rex mission enabled them to calculate a more precise orbit for asteroid Bennu, by eliminating the possible key holes it might go through when it comes close to us in 2132

Link to the Bennu trajectory
svs.gsfc.nasa.gov...

Q: What if we do get impact in 2182, what would the damage be to Earth? Would that be a near ELE event?
A: "an object the size of Bennu would leave a 5-10 km crater, the devastation around it would be hundreds times wider... maybe even coast to coast"

you beat me to it! lol

it was informative
I guess for them it is spectacular...

I think the focus was more on explaining their future missions to land on asteroids to calculated their orbit. And they deflected every question that was asked about the possibility of blasting a future encounter out of orbit.


well... in case someone doesn't understand the metrical system, ' the size of a basketball player ' is a good explanation!

All I get out of this is that the return of King Osiris will happen on September 24, 2023.

Is it cultural appropriation to dress like an Ancient Egyptian on that day?


Only because the scientists involved went to schools that had standards for math that involved getting the answers right.

Are you listening Oregon?

All I get out of this is that the return of King Osiris will happen on September 24, 2023.

Is it cultural appropriation to dress like an Ancient Egyptian on that day?


nope.
Unless you are a member of the cult, in which case you will have to perform the ritual sacrifice of a servant... and bring a cat...