posted on Aug, 5 2021 @ 09:52 PM
link
The USAF just contracted Hermes Hypersonic - a startup! - to the tune of $60M to design and build a hypersonic UAV. The contract is worth up to $60 million at this point. In truth, this is more than a bit mind boggling.

Rendering of the Hermes: 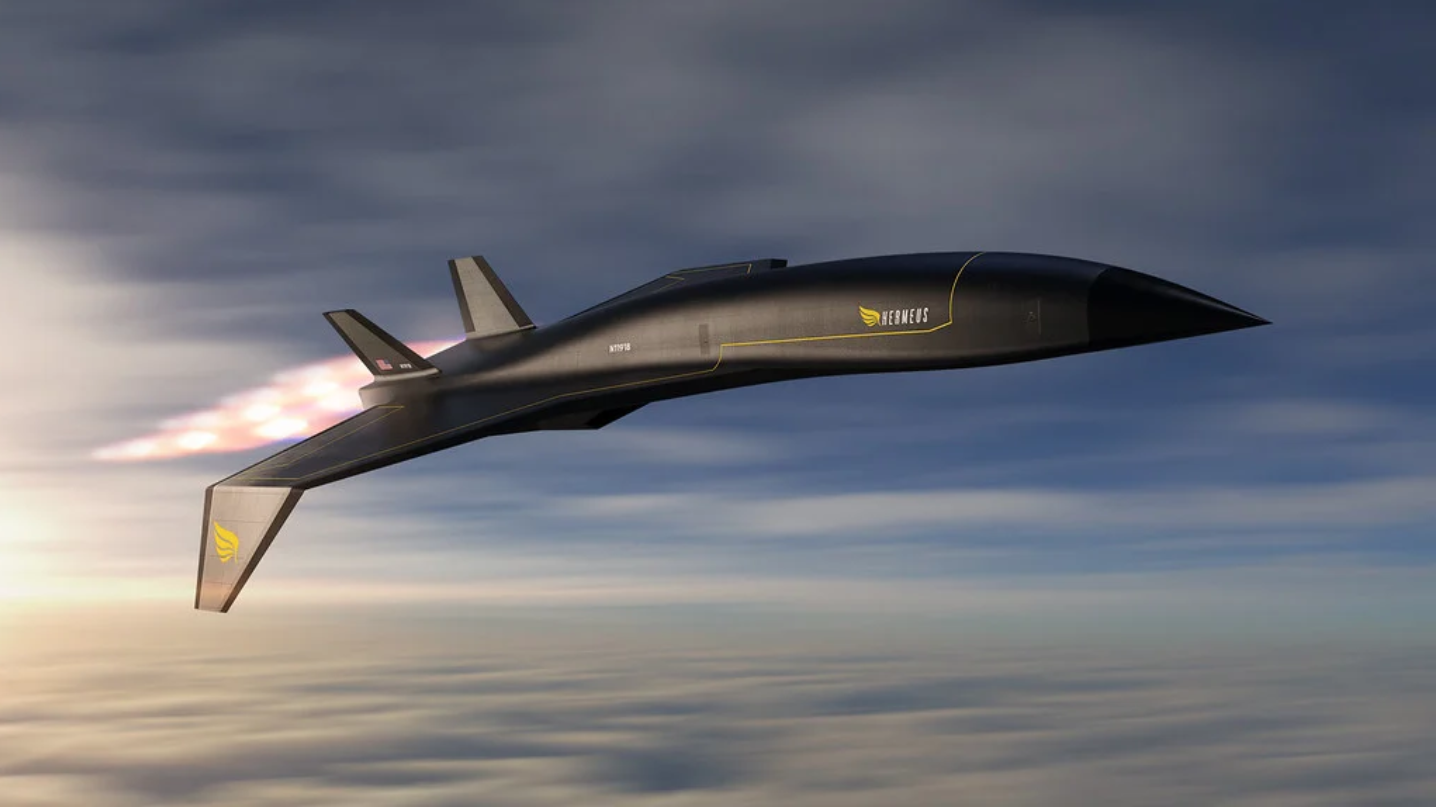 The USAF is apparently taking the same approach to hypersonics as it is with the 'flying cars' / 'e-vtols.' This provides money for the companies to move further along in their designs and try to get to flight.

Hermes claims to have a turbine based combined cycle engine. This means it will fly on a normal jet engine up to its limits (a GE J85 in this case) before switching over to a scramjet for the higher speeds.

Their aircraft - called the Quarterhorse - is actually at the 2nd stage of grants as this contract is the 2nd the company has received. As an aside, I have to wonder if the Quarterhorse name is a reference to the old Blackhorse proposed by Major Mitch Burnside Clapp, the aerial refueling SSTO.

I find the whole thing a bit...surprising. $60M isn't chump change. To be sure, I doubt they'll get a full Mach 5 bird out of $60M. Even so...that's a lot to give to a startup from the gov for something so risky.

It's also interesting given Lockheed has an unmanned TBCC bird in the air.

So what does ATS think? Why do this? Why not invest more in Lockheed's bird?

One lesson painfully learned, by some at least, is that you don't put all your eggs in one basket. The more capability we have, the better.

It has been learned, to be sure, but...an unknown startup?

Time to shake up the industry. Boeing hasn't successfully done a damn thing in years, Lockheed is overworked and just took a big hit on a classified project, Northrop is pretty much running full out with the Raider, Panther construction, and their UAV stuff, and everyone else is pretty much and unknown startup.

When you have three major contractors that do pretty much every major contract, you need to add more. Eventually you run out of the ability to do work and contracts take big hits.

posted on Aug, 6 2021 @ 12:38 AM
link
a reply to: anzha
Actually, in the world of high speed aircraft, 60 million IS chump change. The only reason the Air Force would be able to fund something that appears this risky is because the company has already demonstrated the engine functionality in a test stand. Moving to a free flight experiment is the next logical step. If it works, the AF might have a Mach 5-6 air breather for cheap.

Probably doesn’t have anything to do with Black Horse. Mitch was always trying to get to orbit by any means necessary. This is strictly an air breather.

problem is it would have to slow WAY WAY WAY down and might become unstable at refueling speeds.

I would bet you this thing already exists hence the no name contractor getting this sweet 60Mil deal.


I think its safe to say that the USAF is fixated on hypersonic, how neat would it be if this could be troop launched and instead of a warhead just use its speed and mass as a weapon(suicide drone).

of launching this from a sub

i saw the more in the open the better.

originally posted by: Zaphod58
a reply to: Xeven

When you have three major contractors that do pretty much every major contract, you need to add more. Eventually you run out of the ability to do work and contracts take big hits.

if i may take your statement and expand on it

maybe the problems we are having with the overbudget, behind schedule, and problem ridden defense projects is because we dont have enough competition (yes government skullduggery plays a big role too, but that is a topic for another day).

Hello Zaph , when you say “Lockheed is overworked and just took a big hit on a classified project“, what do you mean by a big hit ? Did something crashed ? Or they lost/missed a big contract ?

They just announced a $225M hit on a classified program. Apparently they had "performance issues" with whatever it was. Based on the way the announcement was made, that may go higher.
edit on 8/6/2021 by Zaphod58 because: (no reason given)

posted on Aug, 6 2021 @ 11:30 AM
link
Those are some sweet looking aircraft.
The company was started by some folks who used to work for spaceX and Blue Origin,mentioned in this vid:

I think the problem was with contract performance rather than aircraft performance. It sounded like the company was having difficulties meeting some aspect with regard to deliverables. That said, it could be both. Perhaps the aircraft didn't provide the speed/altitude/capability specified by the contract agreement.

It's hard to tell, but I think it might be more the manufacturing end as well. One of the comments made about the loss included something about the production plateau being pushed slightly out to the right, and elongated. They also said that it will be a great program for customers that will utilize it. Either way, that's the kind of hit you don't normally see Lockheed take in recent years.

posted on Aug, 8 2021 @ 04:28 PM
link
a reply to: Zaphod58
Sounds like they are playing with something new and for what ever reason the production is harder than what they thought.

for civilian use Mach 3 or even 4 would be as fast as you would need to go and you can do it with jet fuel.