Migrants in taxpayer-funded hotels not having quarantine enforced

posted on Aug, 5 2021 @ 12:10 PM
link
The official total for migrants crossing the Channel from France has today reached over 10,000 for this year so far , the actual number can only be guessed at but it's much much more than that.
While Britons have to self isolate when they return from some countries the Telegraph has been talking to some of the official number currently living it up in hotels and seemingly getting paid to do so at the Tax payers expense , that's the same Tax payer who is paying for the response to COVID but hey ! , we can afford it ... right ?


Migrants told The Telegraph that they had been allowed to leave their hotels and could even go shopping while they were supposed to be confined to quarantine in their rooms.

Security guards posted outside the hotels to supervise migrants’ movements in and out of the buildings admitted they were unable to police quarantine because they did not know who was self-isolating and who was not.

Up to 10,000 asylum seekers are housed in hotels because of an increase in claims fuelled by migrant Channel crossings. Some new arrivals are now quarantining because of the travel traffic light system.


Tim Loughton, a Conservative member of the Home Affairs Committee, said the cramped conditions at the processing centre in Tug Haven, near Dover, increased the risk of transmission of Covid-19, despite the provision of masks and sanitisers.

“If we are sending them to quarantine in hotels and it is being flouted, it makes a mockery of the system and flies in the face of other travellers from red list countries or amber-plus like France. It’s one rule for law-abiding citizens and another rule for others,” he said.
news.yahoo.com...

And there was me thinking we had a Conservative government , what a bloody joke !

I think it high time we started sending these Illegal immigrants home at the Tax payers expense rather than treating them like welcome guests at the taxpayers expense and stop the free taxi service to these shores , where's the deterrent when you're ferrying them over because "it's dangerous" for then to cross the Channel.

To use the words of Tony Blair about the Conservative leader of his time ... Weak Weak Weak , Johnson must go and take his failed Home Secretary with him


You're not a racist, are you?


No , I'm a Tax payer who's sick of funding people who have illegally entered our country , I'm also sick of hearing words from the government but seeing no action.

That's the kind of crap you get when the progressives take over.

originally posted by: gortex
The official total for migrants crossing the Channel from France has today reached over 10,000 for this year so far
news.yahoo.com...

10,000 is the official number for this year alone , it is not the actual number. 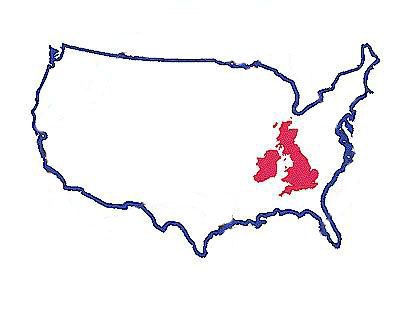 This has been happening for years now but accelerating year on year , 10,000 for just the 8th month of the year is a record number ... until next year.
edit on 5-8-2021 by gortex because: (no reason given)

originally posted by: gortex
a reply to: jerich0


You're not a racist, are you?


No , I'm a Tax payer who's sick of funding people who have illegally entered our country , I'm also sick of hearing words from the government but seeing no action.

Good lord, you are one of them demonic racialist deviants... Your words betray you man. I can read between your red lies. I am, afterall, a viewer of cnn!!

/end sarcasm to be sure.

posted on Aug, 5 2021 @ 09:54 PM
link
All the pictures I've seen in the last year or so in other than Western countries- No One has masks, No One is social distancing.

It almost looks like what the authorities are doing to us is a farce....

But anyways... the people incoming - right or wrong, are just following conventional Covid rules set up from where they came from..... Ya, probably wrong.