Come On People Now, Everybody Get Together And Take The Shot Already!

posted on Aug, 2 2021 @ 11:18 PM
link
I'm so sick of people thinking that there's some kind of evil agenda with the vaccine.
Well, since when is the government not trying to help us?

The facts are - we are all in the middle of a total pandemic and, just look at the NUMBERS! Look at the all the deaths in the NEWS!

What don't people just get this?

I'm starting to get really embarrassed for our human race.
I mean, come on man, when has the government actually done anything except try to help everyone?
Why would this time be any different?

If you don't believe me, just go watch what Dr. Fauci says about it. I mean, are YOU a doctor, or even smart?
LOL, do you even science bro?

Let's all come to together and 'do the right thing'. I know we have our differences, but we should all be united in the realization that the NEWS is TELLING US exactly what to do about the serious PANDEMIC.

And don't try to argue and say something, something logical. The time for 'logic' is over. There is just too much 'logic' everywhere, it seems difficult to know why it conflicts with CNN or something. It's time to listen to our selected scientists that we see on the NEWS.

And - LOL on population control. They need us to all be healthy so WE can continue to make and ship products the WE buy.
WE design, build and ship new products that WE use and replace every year for the newest, shiniest model. That is what life is ALL ABOUT. Why would any 'powers that be' want to stop this?? Exactly - they wouldn't - dumb dumb...

Why on earth do people actually think anyone's trying to 'control' the population growth???

I mean, LOL. WE can just build more factories to make more stuff. We already have recycling, so we like fixed that problem in the 70s.

Come on everyone, don't believe the negative hype. Roll up your sleeve and be an AMERICAN! Actually, let's roll up our sleeves and just embrace the unity of the ONE WORLD! WE ARE ONE!

And, you might as well all get on the page sooner than later, otherwise, if you haven't gotten your shots yet and we are all on our 12th booster... you'll have to get all those boosters at once to catch up! Ouch! Just to see the new Joker movie in 3d?? Double Ouch.

you can grab that shot and stick it where the sun don't shine...

You don't like saving some bucks while you save the world?

Be a hero not a zero. 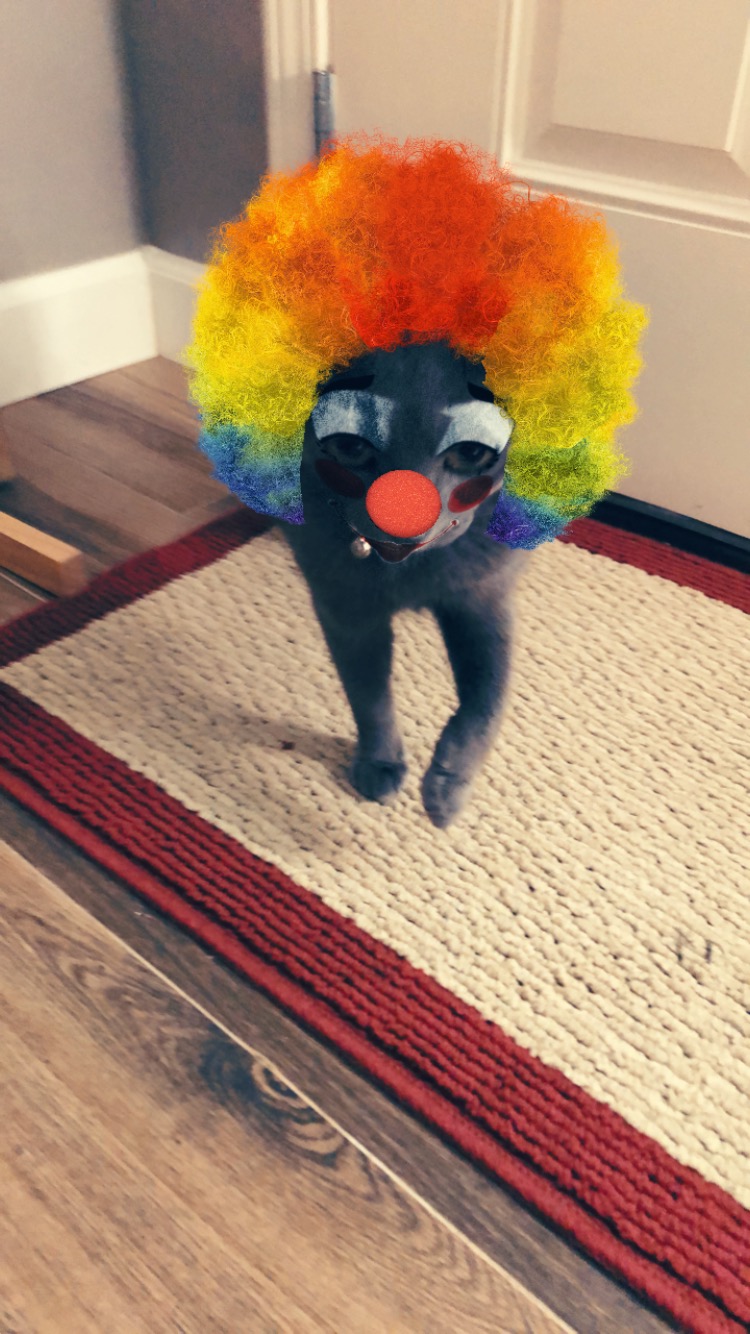 Don't you know that Covid is already found on Mars?
It's just a matter of time before Mars gets the Delta.
If you can't be bothered to care about Earth, maybe you'll care about Mars, and roll up that sleeve, pretty please?
For Biden or Trump, but one of them - everyone must comply. Why are you holding up our progress with Mars?

The only thing sarcastic is that your cat is hiding the obvious Delta strain by wearing that clown wig.
you need to get the cat tested. I can tell by its eyes that it has the Delta bad.

I hope you've had the new boosters!

Don't you know that Covid is already found on Mars?
It's just a matter of time before Mars gets the Delta.
If you can't be bothered to care about Earth, maybe you'll care about Mars, and roll up that sleeve, pretty please?
For Biden or Trump, but one of them - everyone must comply. Why are you holding up our progress with Mars?


Well i see twats driving around with masks and gloves all the time... even saw one with a face shield which made me face palm without even realizing it... apparently it can go through glass

I've heard you can catch it on the internet too... so get away from me you infectious bastid 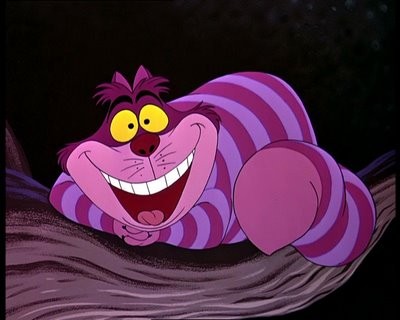 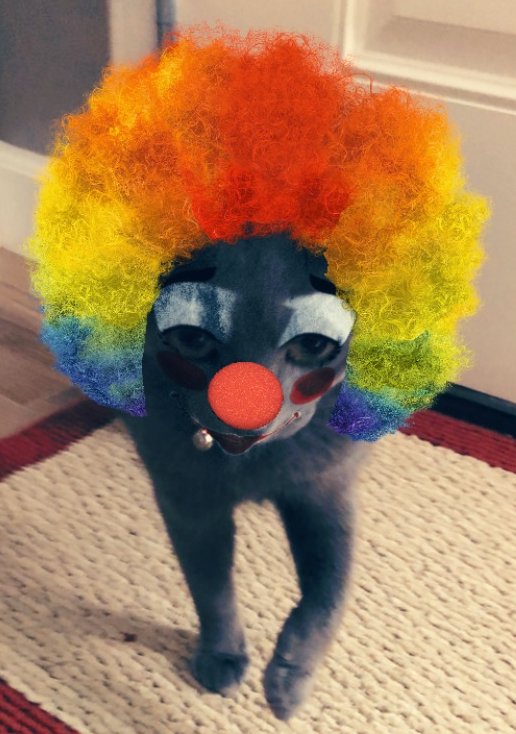 Please tell me this is photoshopped.
edit on 2-8-2021 by pthena because: (no reason given)

Delta delays delta. Oh I’m sure that cat has delta delta one miner is ninety nine. 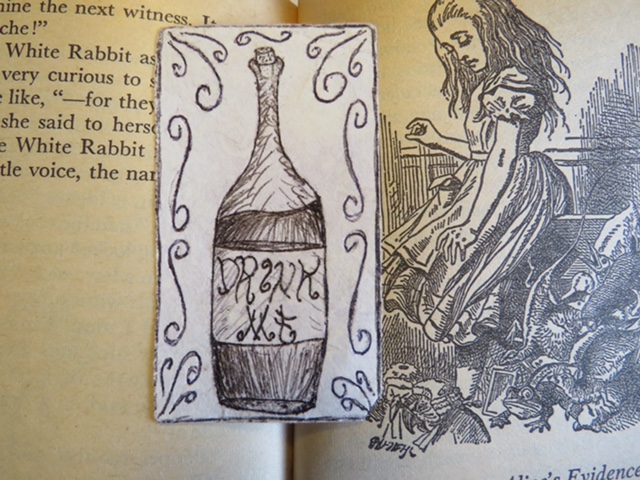 Have a beer with me

posted on Aug, 2 2021 @ 11:38 PM
link
When diabetics are supplied insulin, McDonald's can be sued for falsely advertising that they sell food and doctors are able to treat patients and not symptoms, ill get that Vax!

posted on Aug, 2 2021 @ 11:38 PM
link
Every night before I go to bed I say a little prayer for Fauci and Gates and I hope they are busy working on our next boosters.

I go to sleep dreaming of the new booster and wondering what kind of label it will have and if it will be cool. Maybe it will be red and gold, or blue. I hope one day it is purple and yellow - that'd be super cool.

So glad we now have a miracle to work with.


Please tell me this is photoshopped.

You can totally get it from the internet.

I saw on the CDC's YouTube channel that you can get Delta from watching too much of that Bit Shoot site.

I try to only watch what the main stream news tell me to watch. I trust them over my own so called logic, since they have more people thinking for them. I mean I'm just one guy, you know? I do whatever Fauci suggests, or that Klaus Schwab guy. He sounds like an honest person that really cares - so I trust him.

edit on 2-8-2021 by EmmanuelGoldstein because: (no reason given)

you can grab that shot and stick it where the sun don't shine...

I tried to do that, but I forgot that I already had a couple of booster vials lodged in already. I guess I'm a Whoreder.

you have the right to take the vaccine just as I have the right to say no to it. I read a lot more scientific research than the majority of people in this country, and I agree with some of the people high in the virus research field that say that the mRNA vaccines should have been researched more before vaccinating people with it. Sure they have been researching mRNA vaccines for a couple of decades and have not ever yet been able to make one that would be approved for use...Just like these they had way too many negative side effects to be accepted as a viable vaccine. Now they warp speeded it and through out caution and gave a real lot of people a vaccine without adequate testing for longer term side effects. In one article I read from Pfizer, they said that they do not know if there will be long term complications because they needed to get the vaccine approved to treat this virus.